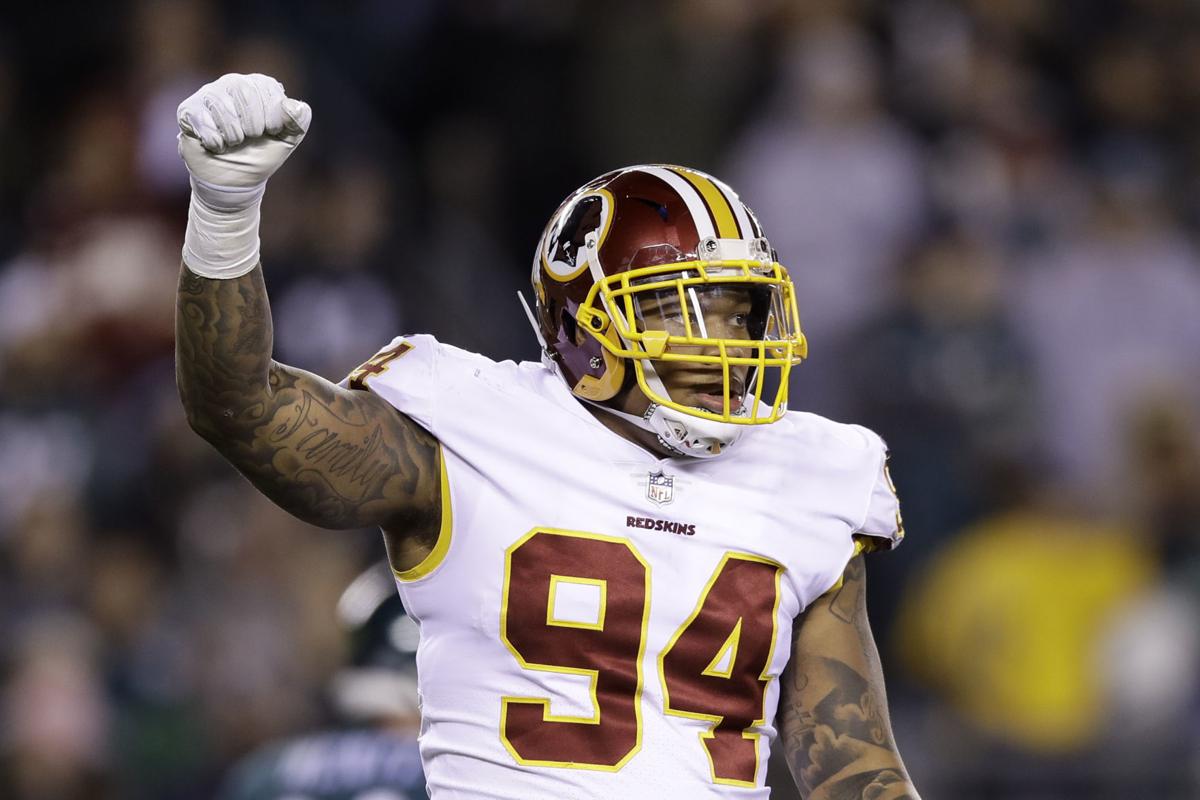 Preston Smith was drafted in the second round out of Mississippi State by the Redskins in 2015. 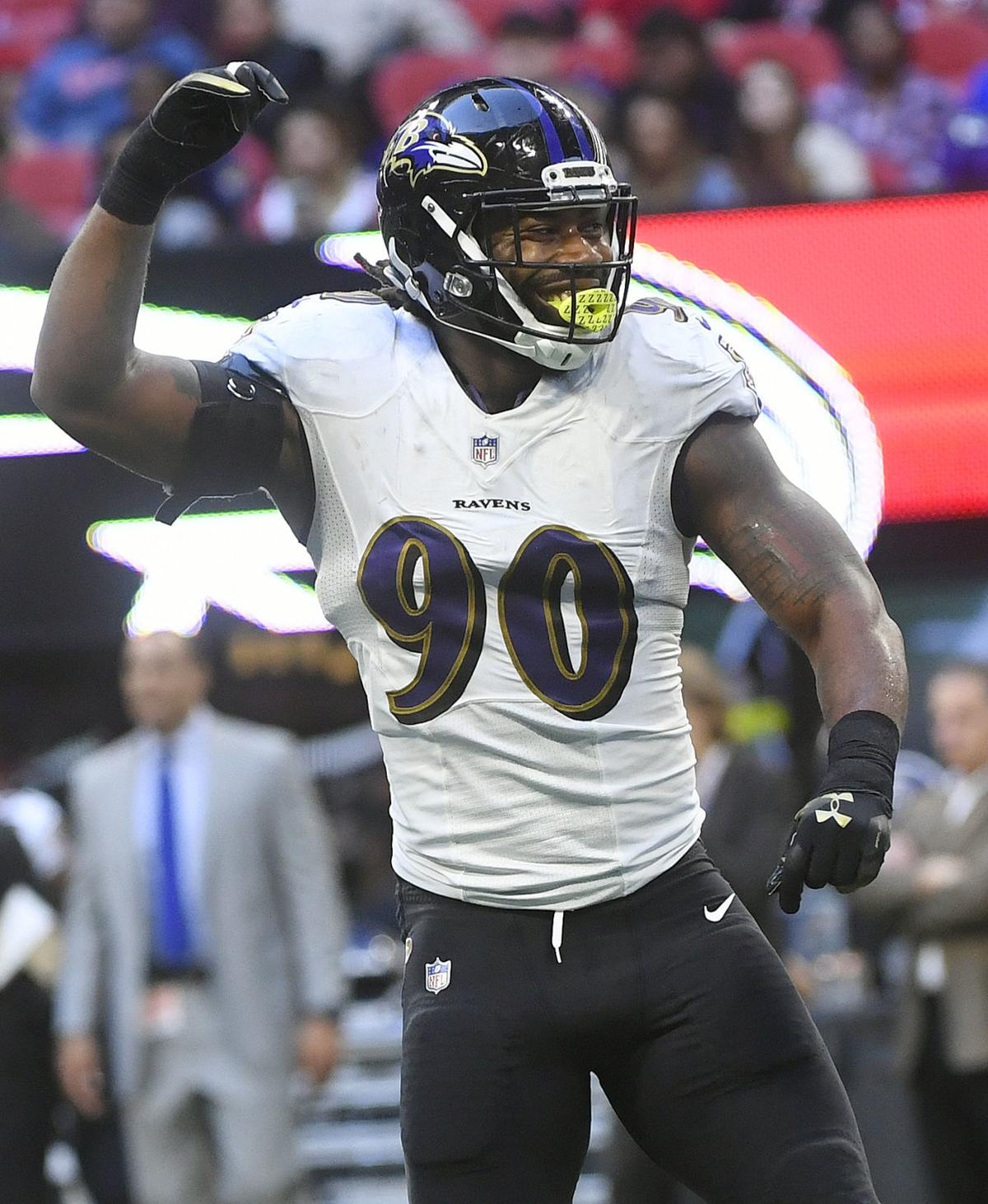 The Ravens drafted Za'Darius Smith in the fourth round out of Kentucky in 2015.

GREEN BAY — Za’Darius and Preston Smith are not brothers. And while they’ve known each other since college, they’re not really even friends — at least, not yet.

“I don’t have his number,” Preston admitted when asked if they’d exchanged congratulatory texts after the two outside linebackers signed lucrative free agent deals with the Green Bay Packers last week.

But if the two Smiths manage to revitalize the Packers’ downtrodden edge rush together this season, their friendship surely will grow — and they might become defensive coordinator Mike Pettine’s BFFs.

Last season, Za’Darius had 8.5 sacks for Baltimore, while Preston had four for Washington — though he did have eight sacks in 2015 as a rookie and again in 2017.

Although Pettine’s defense did finish last season tied for eighth in the 32-team league with 44 sacks, they didn’t consistently create pressure. Pettine believes turnovers often result from getting after the quarterback — whether that’s in the form of a strip/sack or by affecting the throw, leading to interceptions — and the Packers intercepted only seven passes last season, tied for 29th in the league. Only San Francisco (two) had fewer.

While sack leader Kyler Fackrell (10.5 sacks) returns and a rookie from an unusually deep draft class of edge rushers figures to be part of the pass-rush rotation as well, the investment the Packers have made in the Smiths makes them the presumptive starters. And given both players’ versatility — they both can shift inside, either as interior down linemen or inside linebackers in obvious passing situations — Pettine should be able to use them in a number of different ways.

“I think in Mike’s defense, if you can have guys on either side that are interchangeable that can do a variety of things and be versatile, it really makes it tough for the opponent. And both of these guys can do that,” general manager Brian Gutekunst said.

“Za’Darius certainly can line up outside and rush with speed and power from the outside. But he’s also down a lot of 3-tech (defensive tackle) work. Preston is an exceptional athlete that can do a lot of different things, on the edge and inside as well. It’s shaping up and we’ll see how it goes, how Mike wants to use these guys. But I think the versatility is really going to help us along the front.”

Upon arriving at Lambeau Field on Thursday for their introductions to the media, Za’Darius and Preston spent some time talking about their joint quest, and thinking back to how many times their paths had crossed before. (Presumably, they also exchanged numbers.)

“When I first met him, I was in junior college at East Mississippi (Community College, in Scooba, Miss.) and he was at Mississippi State. Mississippi State was like an hour away from East Mississippi. I took a (recruiting) visit there, and that was the first time I ever met him,” recounted Za’Darius, who ended up at Kentucky, where he faced Preston in SEC conference play.

They met again at the Senior Bowl in 2015, then were together again at the annual NFL scouting combine in Indianapolis.

“He’s a Smith and I’m a Smith, so we were right behind each other (during drills),” Za’Darius continued. “One thing he did tell me — he was like, ‘Z, we’re going to do great things in this league.’ I kid you not. And now, we’re playing together.”

When they saw each other at Lambeau, they spent time talking about how far they’d come, and what their new contracts would provide for their families (each has a 5-year-old daughter).

“And finally living out our dream and being on a team together,” Preston said. “And, we talked about how we can’t wait to get on the field together and make some things happen.

“I like his play style, and I feel we will complement each other and we’re going to do some great things here in Green Bay.”

But despite their connection, Za’Darius said the pair will compete with one another, too.

“A lot of competition, bro,” Za’Darius said. “I can tell you that Preston is a great football player, and I look forward to playing with him. One thing we’re going to do each and every day is compete, so that’s just going to make me better and him better also.

"We’re in a ‘win now’ mode all the time," Gutekunst said Thursday. "I thought we needed to add to our defense significantly. And I think these guys will.”

Not a single Packers pick from the 2015 draft remains on Green Bay's roster.

The Packers and the veteran tight end agreed to terms on a one-year contract Wednesday, an NFL source confirmed after ESPN was first to report the deal.

Having vowed late last month to be aggressive in free agency to fill holes throughout his roster, Gutekunst was a man of his word on Day 2 of the free-agent negotiating window, as the Packers came to agreements with ex-Baltimore Ravens outside linebacker Za’Darius Smith, ex-Chicago Bears safety Adrian Amos, ex-Washington Redskins outside linebacker Preston Smith, and ex-Denver Broncos offensive lineman Billy Turner.

Riley started all 16 games for the Giants last season and had four interceptions — a total that would have led the Packers in 2018.

Just like that Tuesday evening, on Twitter and in real life, two iconic Green Bay Packers veterans were gone — Cobb to the Dallas Cowboys, Matthews to the Los Angeles Rams.

While GM Brian Gutekunst’s free-agent signings at outside linebacker last week and draft selections at wide receiver last year give the Packers options at both positions, there is work to be done at each of them as the free agency market remains open and the NFL draft approaches.

With the April 25-27 NFL draft a month away, general manager Brian Gutekunst could hold off on any veteran signings until after that.

The 199th meeting in the history of the longest-running rivalry in the league is set for Sept. 5.

Opposing quarterbacks and offensive tackles who call Za’Darius Smith a mama’s boy this season will do so at their own peril. But they wouldn’t be wrong.

Rodgers will report for the Packers' offseason program on Monday without two more of his closest pals, wide receiver Randall Cobb and outside linebacker Clay Matthews, who left Green Bay via free agency this offseason.

Preston Smith was drafted in the second round out of Mississippi State by the Redskins in 2015.

The Ravens drafted Za'Darius Smith in the fourth round out of Kentucky in 2015.