© 2021 Lee Enterprises
Terms of Service | Privacy Policy
Share This
Brett Favre to Mississippi officials in welfare scandal: ‘To say I took $1.1 million and didn’t show up for speaking engagements is absolutely, 100 percent not true’
0 Comments
Share this
JASON WILDE For the State Journal

GREEN BAY — Speaking out for the first time since his name came up in a government welfare scandal in his home state of Mississippi, an angry Brett Favre pushed back on allegations he was paid $1.1 million for speeches he never gave — and made it clear he believes he performed the work he was asked to do, even though he’s now paying back the money he was paid.

Speaking in an interview on ESPN Wisconsin on Friday, Favre said Mississippi state auditor Shad White inaccurately depicted the work he did on behalf of a nonprofit — work he was paid for with funds earmarked for the Temporary Assistance for Needy Families program, or TANF, in 2017 and ‘18.

Favre had posted a message on social media earlier this week vowing to pay back the full amount but had not spoken publicly before Friday.

“It’s just ridiculous,” said Favre, who has already paid back $500,000 and has made arrangements with the state to pay back the remaining $600,000 in installments. “I in no way did anything wrong and wouldn’t do anything wrong or would take any money (this way).

“I’ve never no-showed anyone as far as speaking engagements or commercials or anything of that nature. That’s ridiculous. And what I would have liked for the tax auditor to do — I don’t know him — would have been for him to contact us and talk about it and express what he had (in terms of) the documents from his investigation. ‘This is what we have.’ Rather than broadcast it everywhere.

“For him to say I took $1.1 million and didn’t show up for speaking engagements is absolutely, 100 percent not true. But yes, we are paying it back.”

According to the Mississippi Clarion Ledger, the money Favre received from TANF came through the Department of Human Services and a nonprofit, the Mississippi Community Education Center, or MCEC. The audit said the nonprofit paid Favre’s company, Favre Enterprises, $1.1 million for appearances, promotions, autographs and speaking engagements that he didn’t attend.

“I want to applaud Mr. Favre for his good faith effort to make this right and make the taxpayers and TANF families whole,” White said in a statement. “To date, we have seen no records indicating Mr. Favre knew that TANF was the program that served as the source of the money he was paid.”

Favre said the fees were for advertising work, public-service announcements and one public appearance and that he never accepted payment for services he did not perform. He learned of the scandal from his longtime agent, James “Bus” Cook, who contacted him after news broke earlier this week.

“I read the little excerpt (of the auditor’s report) and I was like, ‘You have got to be kidding me.’ By that time, the media had caught onto it and everyone had formed an opinion,” Favre said. “But that day (and) the next day, we were in discussions with the state auditor and other high-ranking officials.

“It has nothing to do with speaking engagements — nothing. The tax auditor was wrong in his words. I do not know where he got that. I did ads — radio PSAs, radio commercials, one appearance — and these ads ran for three years, just in the state (of Mississippi). It was a state-only deal. And I never no-showed anybody. I don’t know where that came from.”

Favre reiterated he didn’t know where the payments came from and that he never knowingly took money that was supposed to be given to Mississippi’s neediest residents.

“I don’t think the investigation is over. I — unknowingly — am caught, not so much in the middle, because there’s a lot more to this investigation that has nothing to do with me,” Favre said. “When you are paid by your employer, do you ask them where the money comes from? That’s the same thing for me. I don’t ask Copper Fit or Wrangler or Nike or any other product that I’ve endorsed, I don’t ask them where the money comes from. That’s ridiculous. And I’ve already paid a portion of it back.

“That’s not me. I mean, I would certainly never do anything like that. And I know the people who know me know that that’s the absolute truth. That being said, we’re going to pay it back.”

Brett Favre at 50: From young gunslinger to grizzled 'Iron Man' — in photos

Former Green Bay Packers quarterback Brett Favre is repaying $1.1 million in welfare money that he received for multiple speeches where he did not show up, the Mississippi state auditor said Wednesday.

A nonprofit group caught up in an embezzlement scheme in Mississippi used federal welfare money to pay former Green Bay Packers quarterback Brett Favre $1.1 million for multiple speaking engagements but Favre did not show up for the events, the state auditor said Monday.

Brett Favre expects Aaron Rodgers, his friend and one-time heir apparent and rival, to end his career with someone other than the Packers.

Will Aaron Rodgers-to-Jordan Love transition go as well as Brett Favre-to-Rodgers did?

"The jury is out whether or not the same will happen,” Brett Favre says. 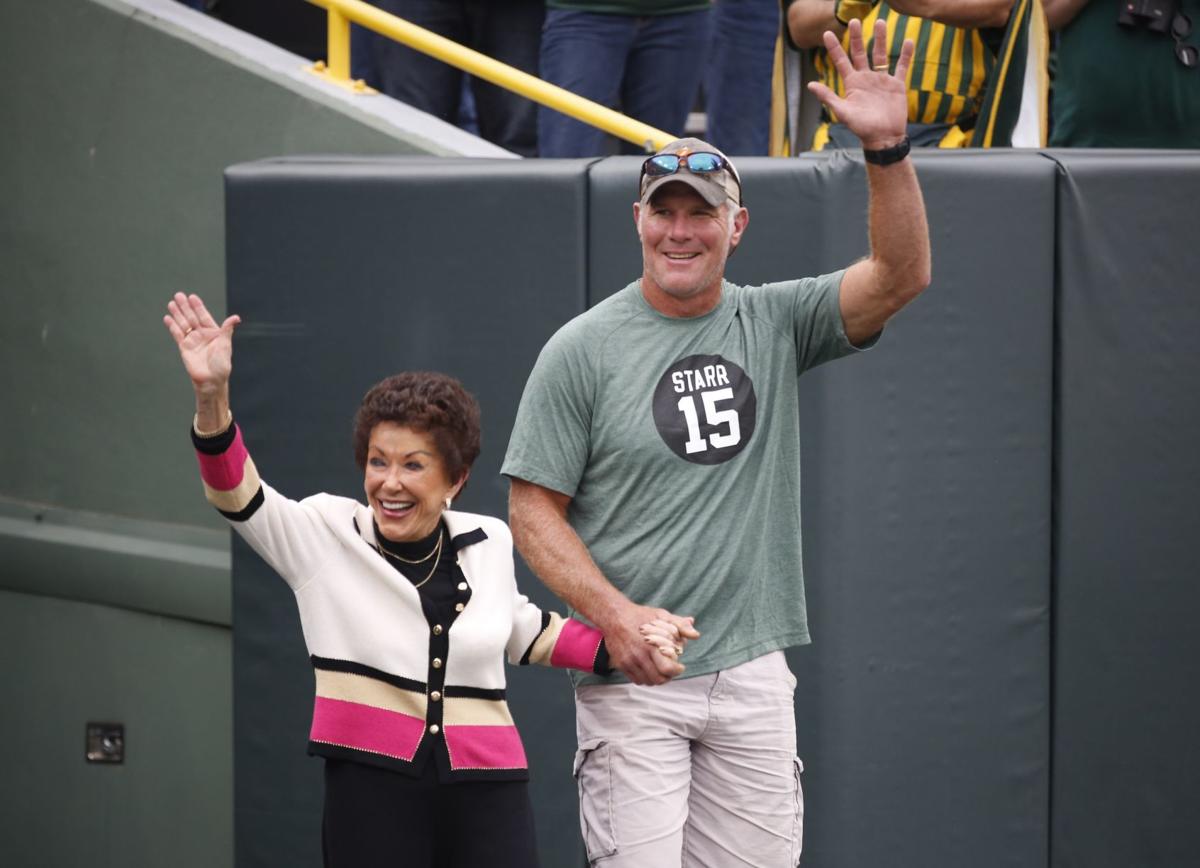 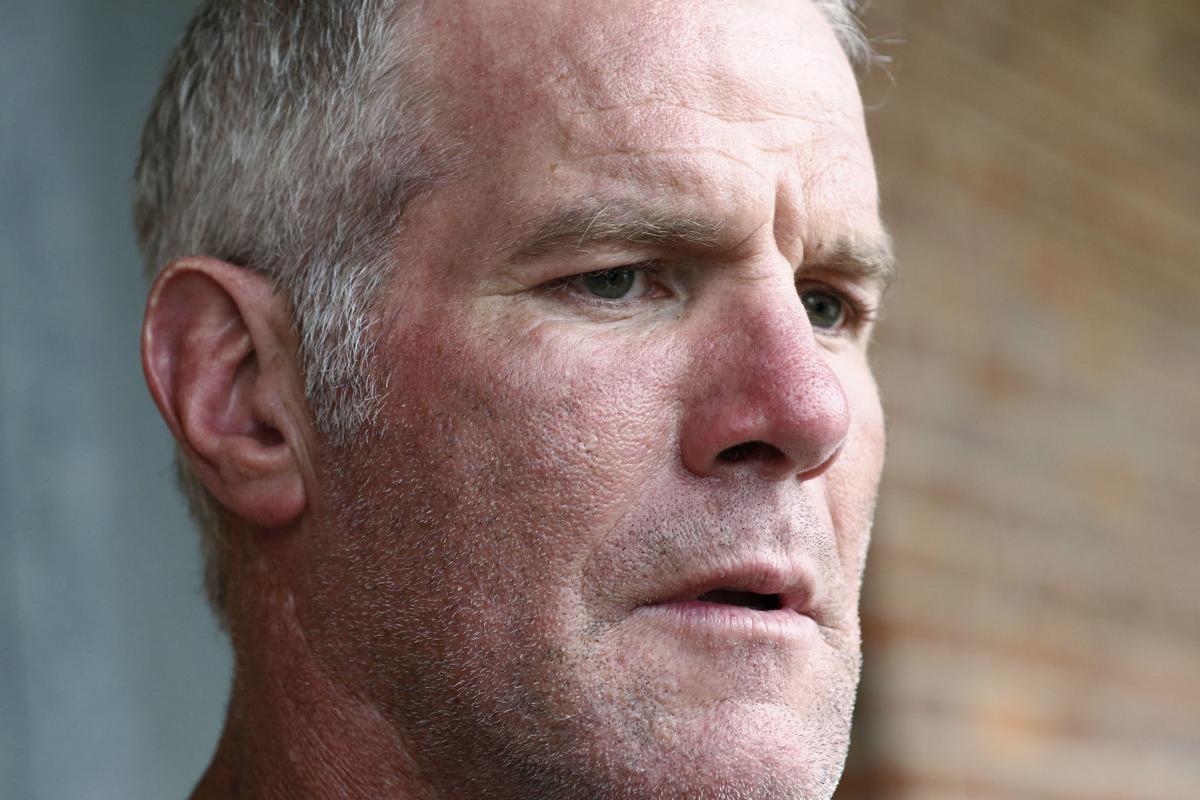