GREEN BAY — With their 2021 fiscal year balance sheet battered by pandemic-induced losses — but not nearly as badly as it could have been — the Green Bay Packers failed to turn a profit for the first time in two decades last year.

But as ugly as the bottom line might have looked compared to the many years where the club was making money hand-over-fist, it was still team president/CEO Mark Murphy’s preferred topic of conversation Friday afternoon, as opposed to the questions he surely anticipated about disgruntled quarterback Aaron Rodgers, whose future with the team remains up in the air with less than two weeks to go before the start of training camp.

After presenting a thumbnail version of the team’s balance sheet to reporters, Murphy was asked during a Q&A session via Zoom whether he knew if Rodgers was planning to report to training camp on July 27 after skipping the offseason program amid his unhappiness with the organization and, specifically, the front office — led by general manager Brian Gutekunst.

Murphy said he appreciated the question, then replied: “This is really limited to questions regarding financial statements. I would just say there’s nothing new to update on the issue that you raised.”

At another point in the session with reporters, Murphy was asked how much having two Pro Football Hall of Fame quarterbacks — Brett Favre, a 2015 Hall inductee, and Rodgers, who’ll likely be a first-ballot pick following the five-year post-retirement waiting period — has helped the team have unprecedented success over the past three decades.

The team’s on-field success has led to a renovated Lambeau Field, major upgrades to the facilities and the famed Titletown entertainment, business and residential district across the street from the iconic stadium.

“It certainly helps,” Murphy replied, smiling in acknowledgement of the thinly-disguised Rodgers-related query. “Obviously, there’s a lot of things that go into making a successful football team. Even more so when you talk about successful business organizations and teams. We’re very appreciative of the great play we’ve had, (and) not just quarterbacks. We’ve had really outstanding players at a lot of different positions.”

Murphy was also asked what an acrimonious training camp — like the summer of 2008, when Favre was eventually traded to the New York Jets — or Rodgers not playing for the organization ever again might do to the team’s finances. After initially declining to answer, Murphy and vice president of finance and administration Paul Baniel pointed out that the team’s sellout streak, which began in 1961, remained intact even as the team transitioned from Favre to Rodgers that season.

“And you know,” Murphy added, “the person that replaced Brett Favre did pretty well.”

While Rodgers’ uncertain status may be causing consternation behind closed doors at 1265 Lombardi Avenue, the team was pleased to have survived the financial challenges of COVID-19 without having to dip into its rainy-day corporate reserve fund (which now stands at $511 million) and having lost $38.8 million from operations during the fiscal year.

The NFL’s revenue sharing delivered a record $309.2 million in national revenue that allowed the Packers to operate effectively as the league managed to play a full season despite the pandemic. Overall, the Packers actually finished in the black with $60.7 million in net income, but Murphy acknowledged that was almost exclusively due to unexpectedly outstanding performance by the team’s investment portfolio.

With no paying customers in the stands for the team’s eight regular-season home games, and ticket revenue for the team’s two home playoff games being part of the national revenue pie, the Packers’ local revenue fell from $210.9 million in the pre-pandemic fiscal year to just $61.8 million last year.

“Our local revenue was significantly impacted. Still, we really feel that we remain in a strong financial position going forward and that we will continue to be able to provide the resources for the organization to be successful both on and off the field,” Murphy said. “As we all faced health and economic challenges with the pandemic, we really feel we emerged in a very good financial position.”

Still, Murphy said the losses marked the first time the team failed to be profitable since before the 2003 redevelopment of Lambeau Field, and he cited the corporate reserve fund for having given the team collateral to use its line of credit to avoid dipping into the fund.

Murphy said the team also incurred significant expenses related to the pandemic — primarily the costs of daily COVID-19 testing for players and staff and the costs of disinfecting the facility each day. Baniel estimated the costs to be in the “middle seven figures.”

With the Delta variant of the coronavirus causing nationwide concern and vaccination reluctance an issue among some Americans, Murphy acknowledged that COVID-19 could still impact the 2021 season, even with the team set for 100% capacity at games.

Murphy also acknowledged that having players and/or staff who choose not to get vaccinated is an “issue” that could put the team at a competitive disadvantage this season. Although the league isn’t mandating that players and coaches get vaccinated, it has put a host of restrictions on those who aren’t.

“We’re doing everything we can to encourage people to get vaccinated — not just our players, but our fans. We’re all in this together. It’s a community effort and the more we all get vaccinated, the safer we all are.“

As the only remaining team to not have played an international game, Murphy said, “My preference would be sooner rather than later. I think it would be good for the organization. And the theory is, in those years you have nine home games, if you take one away, you still have what you would normally have or what you had in the past.

While Matt LaFleur has ‘one plan’ for Packers’ training camp, the coach knows one guy — Aaron Rodgers — remains vital

Matt LaFleur and his staff, stuck squarely in the middle of this staredown between Aaron Rodgers and management, had no choice but to begin planning for camp.

Playbook learning, on-field competing and … napping? How Packers rookies have benefited from a true offseason

There is absolutely no question the group is better off than their counterparts from last year were, when those rookies spent their first NFL offseason entirely in the virtual realm thanks to the COVID-19 pandemic.

For Aaron Rodgers, a sarcastic ‘quiet offseason’ continues as Packers’ OTAs wrap up

Meanwhile, the Packers were holding the penultimate OTA practice of their offseason — a voluntary session that Aaron Rodgers was hardly the only player to skip.

Packers by position: As AJ Dillon ascends to No. 2 role behind Aaron Jones, Packers believe in their dynamic running back duo

The second-year back is expected to take over the job formerly held by Jamaal Williams.

Packers by position: As Davante Adams enters the final year of his deal as perhaps the NFL’s best receiver, his mates face uncertain futures, too

Consistency has been missing in all of the other wideouts.

Here’s a closer look at the tight end position as the Packers prepare for training camp, which is scheduled to begin for the full roster next Wednesday.

Aaron Rodgers doesn't want to be in Green Bay, and his decision to decline the 2-year extension reinforces that more money won't change how he feels.

Packers by position: After handling adversity so well a year ago, what’s offensive line’s bottom line? A healthy David Bakhtiari will be vital

Until Bakhtiari's health situation is figured out, the Packers will have to experiment with a host of left tackle alternatives while also hoping \rookie second-round pick Josh Myers can step into the starting center role as planned and while sorting out a depth chart that is long on youth and short on experience behind the starting crew. 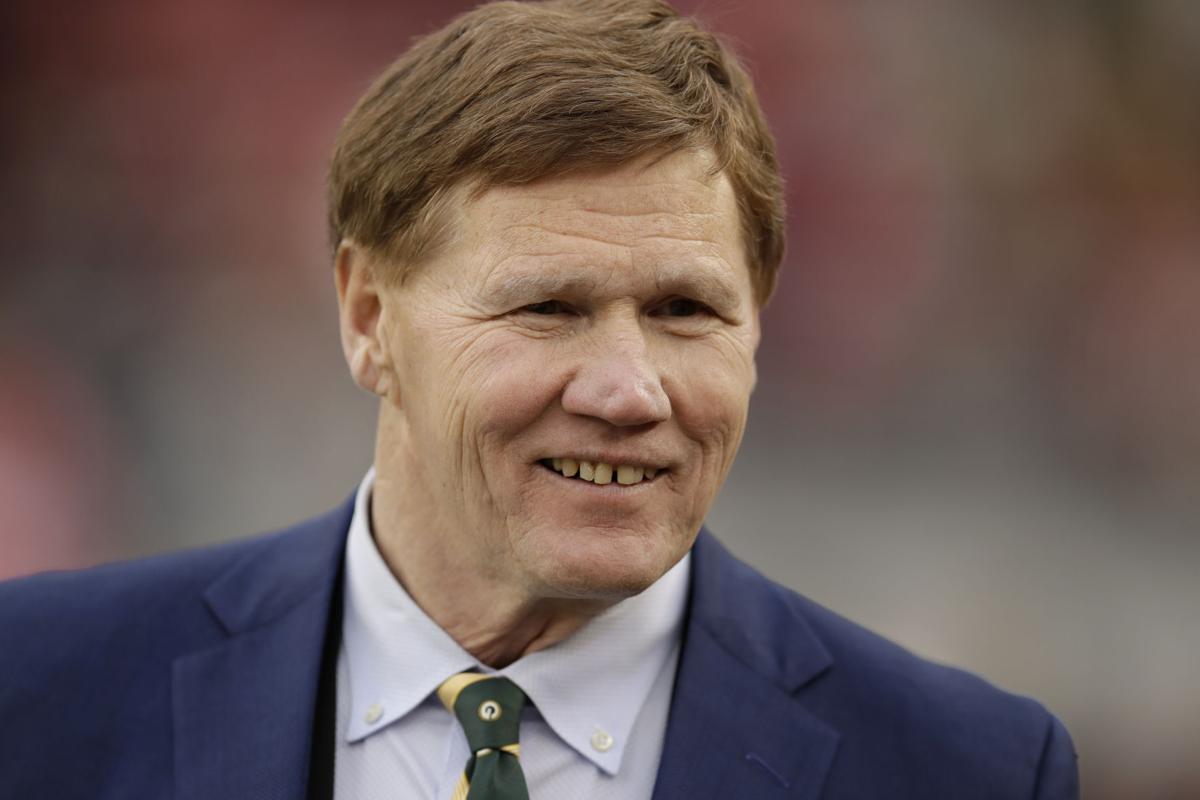 Mark Murphy, 66, has been president and CEO of the Packers since late 2007. 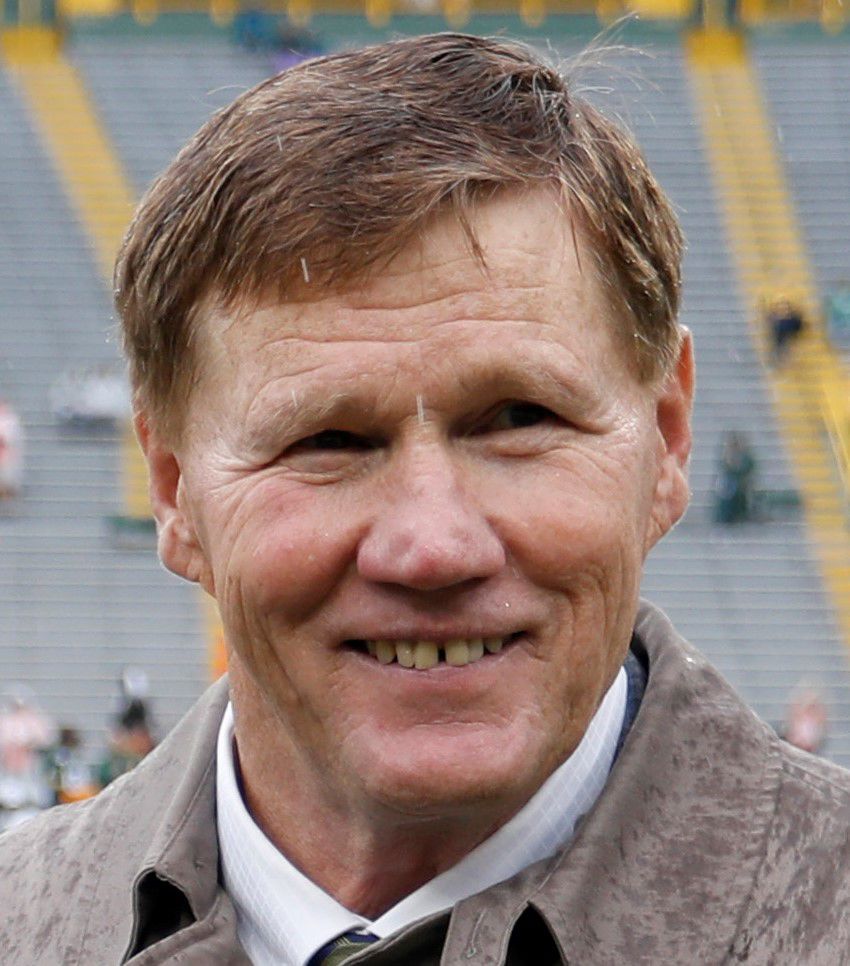