GREEN BAY — After the 2019 NFL draft had come to a close, Brian Gutekunst was asked how he felt about the Green Bay Packers’ wide receiving corps.

The Packers’ second-year general manager didn’t have to say a word. He could have just stood behind the podium, waved a sheet of paper listing his eight selections, and smiled. The fact that not one of them was a wide receiver — despite having said goodbye to more than 1,000 receptions, 14,000 receiving yards and 100 touchdown catches after parting ways with veteran receivers Jordy Nelson and Randall Cobb during the previous 13 months — spoke volumes.

Too polite to not reply, Gutekunst spoke, of course. But he said what everyone in the room already knew: That the Packers feel really good about their receivers, even though there isn’t much proven experience behind Pro Bowl pass-catcher and group leader Davante Adams.

In Gutekunst’s eyes, the Packers have an intriguing group to complement Adams: From veteran Geronimo Allison (healthy after missing most of last season following surgery to repair a core muscle injury) to his three draft picks from a year ago (fourth-rounder J’Mon Moore, fifth-rounder Marquez Valdes-Scantling and sixth-rounder Equanimeous St. Brown, who got varying degrees of experience while catching a combined 61 passes) to a couple of guys poised to break out after starting their careers elsewhere (former UW-Whitewater standout Jake Kumerow and Allen Lazard, who left Iowa State as the school’s all-time receiving leader and was signed off Jacksonville’s practice squad late last year).

“You know, I’m really content with the three guys we drafted last year. I think they have huge upsides; I thought they took really good steps last year,” Gutekunst said. “Obviously Geronimo coming back, he’s kind of a veteran guy stepping into that (No. 2 receiver) role. And I do like some of our guys that are kind of competing for some spots there as well.

“It’s not like we wouldn’t add one if we thought the right guy was there, but I like that group.”

He must, since Nelson and Cobb played a combined 18 seasons in Green Bay and were two of quarterback Aaron Rodgers’ best friends and favorite targets. During their time in Green Bay, they combined for 1,121 receptions, 14,636 yards and 120 touchdowns including playoff games.

But lest anyone get too comfortable with the fact that the Packers stood pat at receiver, Rodgers issued a not-so-subtle reminder that even with a new head coach in Matt LaFleur and a new offensive playbook, the receivers still have to prove themselves — regardless of the vote of confidence the group got from the draft.

“Every time we take the field there’s an audition happening. People are watching,” Rodgers said during the team’s extra minicamp, which was held the week of the draft. “Even though I think it’s hard to make concrete opinions of guys in helmets and shorts, you still want to see, ‘Are guys in shape? Are guys ready to go? Do guys know what they’re doing? Are they playing fast?’

“The defense is in their second year, so obviously they don’t have maybe the same type of grace period that the offense does maybe on Day 1 or 2 of minicamp. But every time we take the field, somebody is getting an impression of what we’re doing — and we want to make sure it’s the right one.”

One place where young receivers could make an impression is in the slot, where Cobb took most of the snaps during his eight-year career. While both Adams and Allison are capable of lining up there — and LaFleur intends to move Adams around a lot, including to the slot, to make it harder for defenses to key on him after a 111-catch season — the Packers could easily have taken a slot-style receiver with a Day 3 pick but chose not to. So on snaps where Adams and Allison move inside, there’ll be opportunities for Kumerow, Valdes-Scantling, St. Brown and others outside.

“Davante can play anywhere. I mean, he’s an incredible talent and a great receiver. He understands every part of the passing game. He’s the best guy at the line of scrimmage with his releases in the NFL. He just continues to grow and get better,” Rodgers said.

“Geronimo had a great start to the season last year. And I go back to ’16, when ‘Cobby’ was hurt, and (Allison) stepped in the slot and played a number of games for us and played really well. So I’m expecting him to contribute like he was last year in the beginning of the season before he got hurt. And obviously Davante is going to be a go-to guy for us in this offense.”

Ahead of the 2019 NFL draft, Jason Wilde ranked the 10 worst first-round picks by the Green Bay Packers over the decades. His rankings haven't…

Aaron Rodgers has only Davante Adams and uncertainty as he gets ready for his 12th season as the starter. 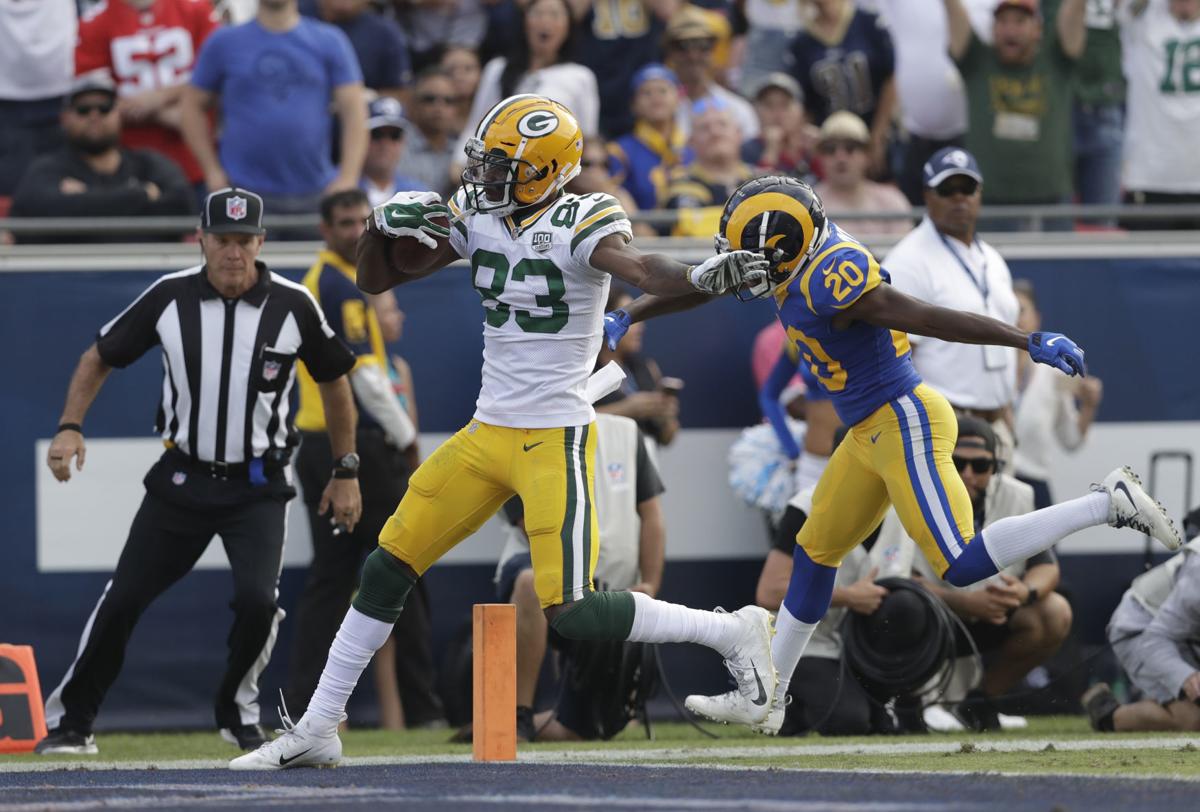 Wide receiver Marquez Valdes-Scantling, a fifth-round pick a year ago, scores on a 40-yard reception in the Packers' loss to the Rams last October in Los Angeles. He finished the season with 38 receptions for 581 yards (15.3 average) and two TDs. 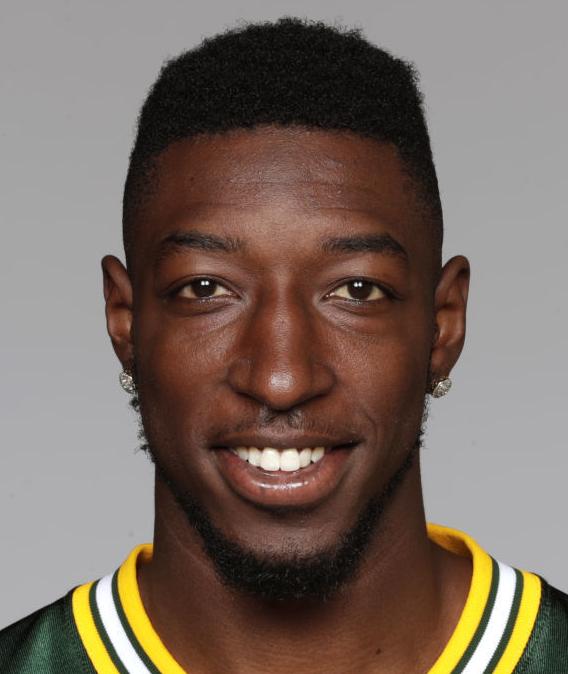