Subscribe
Read Today's E-Edition
Share This
After ‘dissecting’ horror film, Packers coaches hope defense will ‘be better for it’
0 Comments
Share this
JASON WILDE For the State Journal

GREEN BAY — Matt LaFleur said he didn’t do anything differently with his defensive coaching staff on Monday in the wake of a horrendous defensive performance in a 38-3 loss to the New Orleans Saints a day earlier.

The Green Bay Packers coach said it’s standard operating procedure for him to sit with the defensive coaches — including the coordinator, be it new man in charge Joe Barry or Mike Pettine, the coordinator for LaFleur’s first two seasons — and break down the film from the game, win or lose.

“We do that every week,” LaFleur said.

Rarely is such a session a horror film festival like it was Monday. In Barry’s debut, the Packers defense allowed 322 total yards, including 208 in the first half; let the Saints dominate time of possession until garbage time, including back-to-back 15-play drives in the first half that chewed up nearly 18 minutes of game clock; let the Saints go 4-for-4 scoring touchdowns on trips inside the red zone; and put up little resistance as the Saints ran the ball 39 times for 171 yards.

Quarterback Jameis Winston, making his first start since 2019 when he was Tampa Bay’s quarterback, was an ultra-efficient 14-for-20 for 148 yards with five touchdowns and no interceptions for a passer rating of 130.8. Winston wasn’t sacked and the Packers pass rush registered just three quarterback hits.

“We spent a long time dissecting that film with the defensive staff and there’s a lot of great communication that came out of it,” LaFleur said. “I think that we’ll be better for it.”

LaFleur acknowledged there were some communication breakdowns in the secondary, which was an issue on Pettine’s watch as well.

“I still have the utmost confidence in our defense. We’re going to regroup and get better this week,” veteran safety Adrian Amos said. “We’re not into pointing fingers over who had what. We just have to make our plays. We have to communicate. We have to be on our assignments. We can’t just pinpoint one or two things this game. Obviously, you see the score. There’s a lot that went wrong.”

As bad as it was, LaFleur said there was one play that turned the game against the defense. It came with 5 minutes, 8 seconds left in the first half and the Saints facing fourth-and-7 at the Green Bay 41-yard line. Winston simply dumped the ball off to tight end Juwan Johnson on a tight end screen to the right, and the 12-yard gain led to the Saints’ second touchdown and a 17-0 lead.

“It was 10-0, and they had a fourth down. And we busted a coverage right there,” LaFleur said. “It’s amazing how big of an impact a play here or a play there makes within a football game like that.”

LaFleur offered an encouraging report on second-year tight end Josiah Deguara, who sustained a concussion against the Saints and stayed down for what seemed like an unusually long time before leaving the field under his own power. Asked whether Deguara, who missed most of last season with a torn ACL in his knee suffered on Oct. 5, was knocked unconscious on the play, LaFleur said he wasn’t comfortable discussing it.

Meanwhile, LaFleur said safety Darnell Savage, who left the game with a shoulder injury, could be back in time for Monday night’s game against Detroit.

“I don’t think long-term,” he said. “Hopefully with the extra day, that’ll give us an opportunity to get him back for Monday night.”

LaFleur said he had not gotten any sort of feedback — or an apology — for the questionable roughing-the-passer flag thrown on Za’Darius Smith during the third quarter. “I have not heard anything yet,” LaFleur said. … LaFleur said backup quarterback Jordan Love “did a lot of great things” in his 15 snaps of mop-up duty, the 2020 first-round pick’s first NFL regular-season experience. Love was 5 of 7 for 68 yards before fumbling in the red zone late in the game. “I thought he handled himself well,” LaFleur said. “Certainly, you don’t want to end it with a fumble in the red zone. I think that’s just one of those deals where the more he plays, the better feel he’ll get for where the pocket (is).” … LaFleur said the players will spend Tuesday watching the film of Sunday’s loss, then have Wednesday off with the Monday night game. “(Tuesday) we’re going to really take a good, hard look at the tape,” LaFleur said. “And then we’re going to have a walkthrough with our guys to just kind of go over some things that we definitely need to get corrected.” 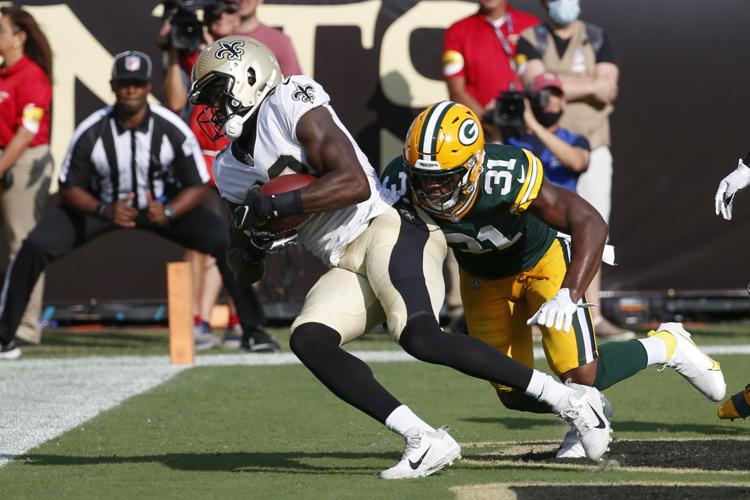 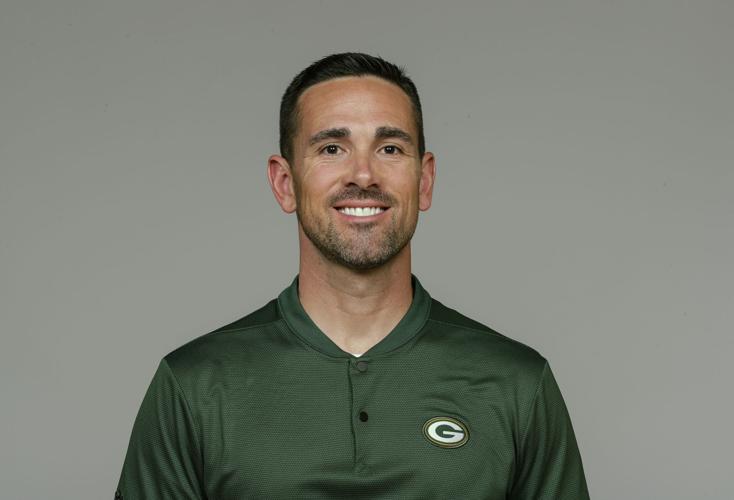