As she sits at home in the Chicago area — her season in Russia canceled, her training with the U.S. national team on hold, the 2020 Tokyo Olympics postponed — Lauren Carlini has had plenty of time to think the past few days. Too much time, to be honest.

And so, as the former University of Wisconsin volleyball star and Team USA setter self-quarantines amid the COVID-19 pandemic, she’s trying not to focus on the International Olympic Committee’s decision to postpone the Games. But she continues to experience a gamut of emotions as she comes to grips with having her Olympic dream deferred just when she felt she was primed for the biggest moment in an athletic life filled with them.

“I felt like a lion in a cage, coming back from Moscow and being ready to go and feeling mentally and physically and emotionally ready, and then this news comes down,” Carlini said during an interview on ESPN Wisconsin Tuesday morning. “And now they’re telling you to lock the lion back in the cage.

“It’s just been a whirlwind of emotions. And then you have obviously endless time to just stare out the window and think about it all. So it’s been a lot to process, for sure.”

Carlini admitted she didn’t take the news of the postponement, which became official Tuesday, very well at all. It wasn’t until she had a lengthy conversation with Badgers coach Kelly Sheffield that she was able to find a little bit of perspective.

“I was home, and I just cried for like an hour straight,” Carlini said. “Because you put in all this work and effort and you write down your goals and you say, ‘OK, my goal is to be an Olympian … in 2020 … at Tokyo.” And then this news comes down and it’s completely out of your control. There’s nothing you can do to help the situation.

“So Kelly and I talked for about an hour, and he just gave me some perspective: I’m not planning on starting a family soon. I’m not planning on retiring. It’s one more year of experience professionally. So is it really that bad in the grand scheme of things? No. Because it’s only postponed one year. It’s not till 2022; they’re not canceling it.

“Just talking to him and him being a good leader in our community, he just helped me flip the switch really quickly. So yes, I’m still in quarantine. Yes, we’re still not playing volleyball. Yes, we’re not going to be competing in the 2020 Olympics this summer. But we still get the opportunity to do so next year. And hopefully at some point this summer we’ll be able to be back in the USA gym training and just find a way to move forward and find a way to find some sense of normalcy again.”

Carlini, who first set the Olympics as a goal as a seventh grader in suburban Chicago, said she’s also found perspective as she pulled back from her singular focus on her own gold-medal pursuit and realized the sheer number of would-be Olympic athletes affected by the postponement.

“When you get so locked in, sometimes you forget how many other sports have to compete in the Olympics. You’re just thinking about your small little world and your sport. And how it affects you,” she said. “But then you think about all the track-and-field athletes who haven’t done qualifiers yet, and maybe they’re the ones who are in fourth or fifth place and they’re trying to get top-3 so they can qualify. There’s a lot of other things going in the sports world that it just wouldn’t have been ready for this summer with everything that’s going down — quarantines and people’s training regiments being stopped.

“Maybe this is a good thing. It’s really hard to look at it that way right now, but — hopefully — at least next year, we’ll look back and say, ‘This happened for a reason, and we are in a better position now than we would have been.’

Carlini, who turned 25 last month, admitted she was exasperated by the behavior of some Americans who continued their spring break vacations and frequented crowded establishments despite warnings about the spread of COVID-19. And she’s found little solace in the way some political leaders have handled the situation.

“I think just knowing we all have to count on each other and that we’re all in this together is huge. And not waiting for things to transpire and being proactive is something I’ve really taken out of this whole experience,” Carlini said. “Let’s not wait for something to get so bad where we can’t deal with it anymore and then we’re having to ask other countries for help or we’re having to choose who lives and dies. We don’t want to get to the point that Italy is at right now. So for people to still be going out to beaches and hanging out with a bunch of other people in groups, I think it’s really immature and I think it’s a really poor decision because your choices are affecting other people.

“It goes back to leadership. I feel like we need better, stronger leadership coming from the top down. I think leadership, being proactive and just making good choices for the best interests of others are really, really important moving forward.”

For her part, Carlini is taking some comfort in simply being home. She played her first two professional seasons in Italy, where the pandemic has hit hardest, before moving to Russia to play for WVC Dynamo Moscow this season, which began in October.

While she would have come back stateside next month to get ready for USA volleyball practices in May, her travel back wouldn’t have been as difficult as it was over the weekend, when she learned Friday her team’s season was over and by Saturday afternoon she was landing at Chicago’s O’Hare International Airport at the end of her Moscow-to-New York-to-Chicago whirlwind.

“It’s been an interesting couple of weeks. Ever since this thing broke out a couple weeks ago, it’s been super stressful and trying to get back from Russia,” Carlini said. “Luckily, all those crazy pictures of O’Hare, I wasn’t in it, but sadly a few of my USA teammates who were coming in from European countries — namely, Italy — they were in that six-, seven-hour wait at O’Hare. For me, it actually wasn’t too bad. It actually went as smoothly as it could have once I finally decided that I was coming home.

“I ended up packing up everything that night and was on a flight back to JFK Saturday morning, and then JFK to Chicago that afternoon and I was home Saturday afternoon. Over the course of 48 hours how everything can change — it’s pretty wild.”

Wisconsin fell to Stanford in the Elite Eight of the NCAA volleyball tournament at the UW Field House in Madison, Wis., Saturday, Dec. 10, 2016.

2020 Tokyo Olympics officially postponed to no ‘later than summer 2021’

The IOC announced a first-of-its-kind postponement of the Summer Olympics on Tuesday, bowing to the realities of the COVID-19 coronavirus pandemic that is shutting down daily life around the globe and making planning for a massive worldwide gathering in July a virtual impossibility.

Tokyo's delayed Olympics: Who pays bills for another year?

Japanese taxpayers likely are on the hook for much of the costs of delaying the Tokyo Olympics to 2021.

“On the basis of the information the IOC has, postponement has been decided,” Pound said in a telephone interview with USA Today. “The parameters going forward have not been determined, but the Games are not going to start on July 24, that much I know.”

The IOC will take up to four weeks to consider postponing the Tokyo Olympics amid mounting criticism of its handling of the COVID-19 coronavirus pandemic crisis that now includes Canada and Australia saying they won't send a team to the games this year.

Despite scandals, rising costs and doubts about the economic payoff, the 2020 Tokyo Olympics will be a must-see event — if you can find a ticket or a hotel room.

Despite scandals, rising costs and doubts about the economic payoff, the 2020 Tokyo Olympics will be a must-see event — if you can find a tick…

Dizzying delay: Many aspects still to be resolved with postponement of Tokyo Olympics

Contracts, venues, qualifiers and hotels are among the many aspects still to be resolved in the wake of the postponement of the Tokyo Olympics to 2021.

With delay to 2021, countdown clock ticking again for Tokyo Olympics

The model outside Tokyo Station, and others across the Japanese capital were switched on almost immediately after organizers announced the new dates for the Tokyo Olympics — July 23 to Aug. 8, 2021. 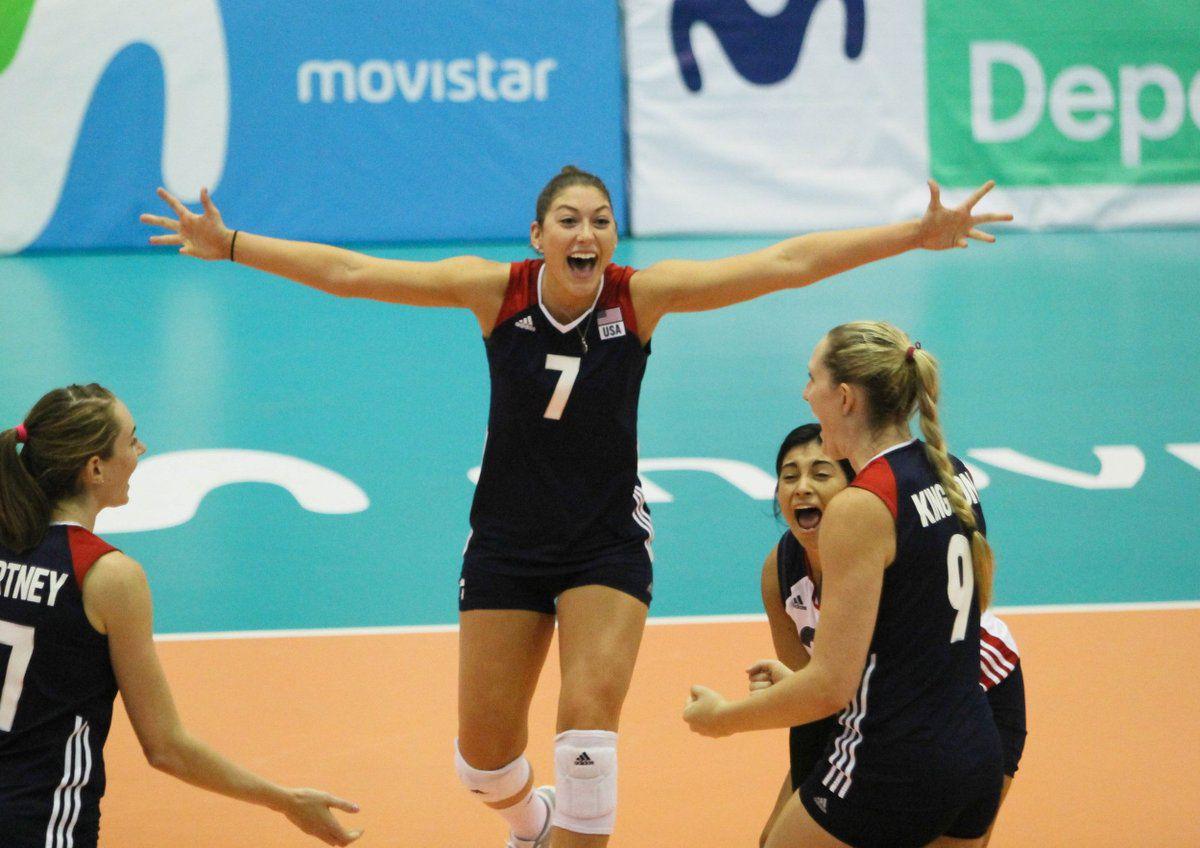 Former Badgers star Lauren Carlini, now Team USA's setter, is coming to grips with having her Olympic dream deferred just when she felt she was primed for the biggest moment of her athletic life. 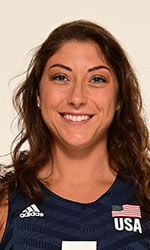