The year was 1990 and the Muncie Burris High School junior varsity girls volleyball team was on the brink of an undefeated season.

But midway through the final match, the Owls JV squad was in trouble after losing the first set and falling behind 12-6 in the second of a three-set match against Wapahani.

The team’s two coaches, both relative novices, were getting nervous.

“We’re looking at each other like, uh-oh,” the head coach recalled some 31 years later. “Miraculously, we came back and won the match, which was best two of three. It was a great finish to an undefeated season.”

Although that would prove to be the last match those two would coach together, it would not be their last coaching jobs. These days, the head coach, Craig Skinner, is the coach at Kentucky, the No. 2 seed in this year’s NCAA tournament, which gets underway on Wednesday. His assistant was a true volleyball greenhorn, Kelly Sheffield, coach of the No. 1-seeded University of Wisconsin.

If the seeds hold, anything but a sure thing in this most unconventional of seasons, the two old comrades would be facing each other for the national title on April 24.

“That’s a great story,” said Steve Shondell, the legendary Burris varsity coach at the time. “It’s a beautiful story. The chances of that happening, I don’t know if there are any odds.”

Sheffield and Skinner both grew up in Muncie, a city of about 70,000 located 50 miles northeast of Indianapolis. While they attended different schools — Sheffield going to Burris and Skinner to Northside — they were familiar with each other from an early age.

“It’s a small town, so everybody knows everybody,” Sheffield said.

Skinner recalls them being on rival Little League baseball teams, with one of Sheffield’s teammates being John Shondell, longtime assistant coach for his older brother Dave at Purdue.

“Kelly was the biggest trash talker on a baseball field I’d ever seen,” Skinner said.

Skinner and Sheffield were 20-year-old Ball State students at the time they were paired as coaches. Skinner had the advantage of actually having played volleyball. After going to Michigan one year to play football, Skinner transferred to Ball State and played volleyball for four seasons under Don Shondell, patriarch of the family that has impacted the sport more than any other.

In addition to their stints coaching at Burris, Skinner and Sheffield also coached at the Munciana Volleyball Club, founded by Steve Shondell in 1974 and still one of the most elite programs in the nation with graduates scattered throughout the country, both players and coaches.

Steve Shondell remembers thinking Skinner had the makings of a successful coach.

“He would’ve been a guy I thought could make a name for himself in the business,” Shondell said. “He was a real student of the game. At Ball State I knew how hard he worked. He was only about 6-feet and he played the left side at the collegiate level so he had to be a smart player to survive. He was one of those guys that I thought had a lot of coaching potential.”

Shondell couldn’t say the same for Sheffield, who had never played the sport and whose primary motivation for getting involved in coaching was to be able to hang out with another Burris coach, Patty Fuelling.

“With Sheff, I have to admit that when he was coaching for me at Burris I had no idea what his future in volleyball might be,” Shondell said. “I know I was impressed that he would come to a lot of varsity matches, sit over there and take notes on his yellow legal pad. That showed me that he had interest in the game, but when you’ve got a guy that has no background in the sport at all and gets into the sport because he’s got a crush on a girl, it’s hard to really think that he’s got a great future as a collegiate volleyball coach.

“But he got hooked on it and he was like a sponge, soaking up information from anyone who would talk to him. He’d go to clinics and just developed a real passion for the game. Honestly, he may be the greatest story in collegiate volleyball.”

Sheffield would stay in Muncie and coach at Munciana for several years after graduation, while Skinner began his college coaching career as an assistant for John Cook at UW in 1994. He would stay three years as a restricted earnings coach, earning $12,000 his first year and doubling it to $24,000 his third when the Badgers advanced to the Sweet 16 of the NCAA tournament.

But after a year working in commercial lending for a Waukesha bank, Skinner got back into coaching as an assistant for the Ball State men’s team before rejoining Cook as an assistant at Nebraska.

He took over a fledgling Kentucky program in 2005 and has led the Wildcats to 16 consecutive NCAA tournaments, a run including six Sweet 16 appearances.

Sheffield’s college coaching journey would begin with assistant stints at Houston, Clemson and Virginia before becoming a head coach at Albany and then Dayton.

Squaring off in Texas

In 2011, Sheffield’s and Skinner’s paths crossed in the first round of the NCAA tournament in College Station, Texas.

“At the time that really bothered me going into the match against somebody that I look up to and admire and respect and as a friend,” Sheffield said. “This was either going to end his season or it’s going to end ours. My stomach was a mess for days leading into that.”

His stomach didn’t feel any better after the match. Dayton appeared to have won the match in five sets when its middle blocker threw down an overpass. But as the Flyers players stormed the court in celebration, the official ruled the play a lift to give Kentucky the point. The Wildcats scored the next three points to win the match.

“It was gutting for us,” Sheffield said.

The two would cross paths in a different way a year later when they were among the three finalists for the job at UW. After all three initially rejected the job, the UW search circled around to Sheffield and he ultimately accepted.

Now as coaches of two of the premier programs in the nation, the two longtime friends keep in touch regularly. Sometimes they even talk volleyball.

The old friends were supposed to meet last fall with a match at the UW FIeld House, but the fall season was canceled due to COVID-19.

While they could meet in the ultimate match in a couple weeks, each knows there are plenty of obstacles ahead to focus on. For one, Kentucky might have to get past Purdue, the next highest seed in that part of the bracket at No. 7, and coached by Skinner’s and Sheffield’s old Munciana mentor Dave Shondell.

Molly (Toon) Lillard, the daughter of Jane and Al Toon, the former Badgers and NFL star, died Sunday in Scottsdale, Arizona, in what police described as an apparent murder-suicide.

“Obviously, that was a long time ago, but I don’t think it has ever left any of our minds,” said senior Dana Rettke, one of seven returning players who were on the court for that loss to Stanford.

The No. 1 Badgers advanced to the regional semifinals for the eighth time in eight seasons under coach Kelly Sheffield with a sweep of Weber State 25-17, 25-19, 25-15 Thursday night in Omaha, Nebraska.

Molly Haggerty and Dana Rettke record 17 and 16 kills respectively for UW, which will face Texas on Thursday night.

Powerhouse programs Wisconsin and Texas have spent much of the season ranked 1-2 in the national volleyball rankings.

The top-seeded University of Wisconsin volleyball team turned in an impressive effort Thursday night, despite falling to the No. 4 Texas Longh… 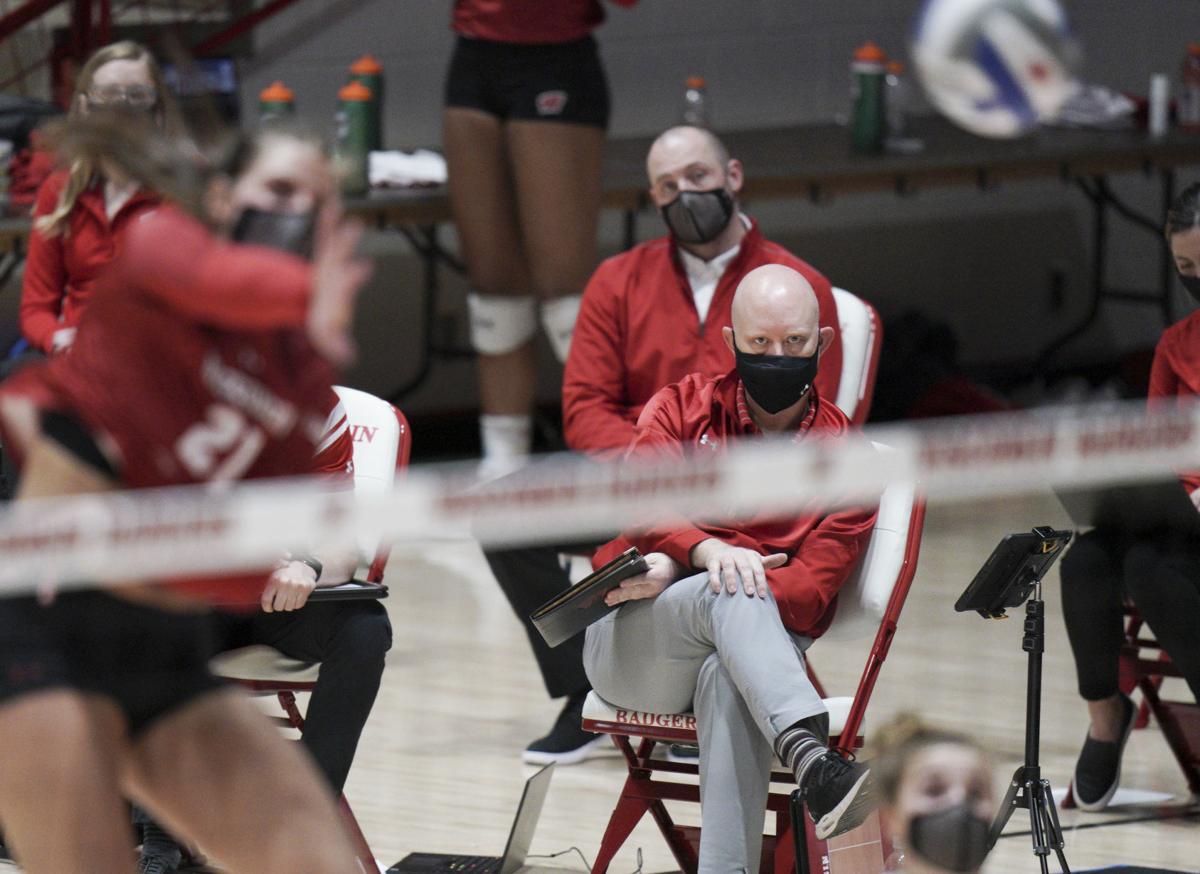 Coach Kelly Sheffield has compiled a 203-49 record during eight seasons at UW. 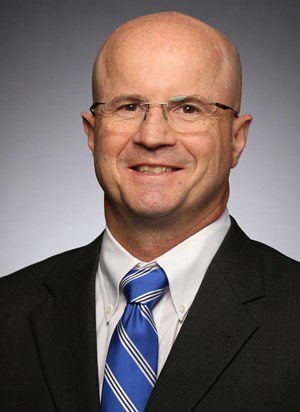 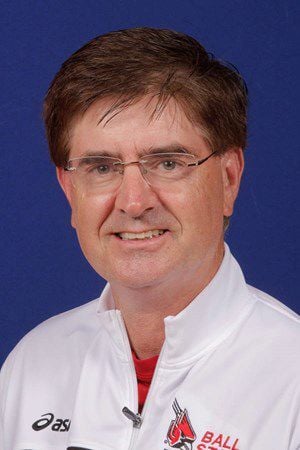