By Joslyn Boyer’s count, that’s how many it took to set in motion the new direction of her college volleyball career. More or less.

Boyer, a sophomore libero at Iowa, was looking for a new challenge when she decided to put her name in the transfer portal about two weeks ago. Within the first day or so she received an email from University of Wisconsin coach Kelly Sheffield.

Boyer’s call to Sheffield led the way to her committing to transfer to UW, where she will have three years of eligibility remaining.

While she had been contacted by “a decent amount” of schools, once she heard from UW she pretty much knew where she wanted to go.

“I was never talking to a bunch of schools because I kind of knew what I wanted,” Boyer said. “I wanted a big conference, I wanted a team that will win and compete for a national championship. So just talking to (Sheffield) and having that connection with him was cool. That narrowed down my search, for sure.

“My whole life, I’ve always bet on myself. That’s something I’ve lived by and I chose that I want to do that again going to Wisconsin. I know I’m going to go in there and work super hard every single day and try to earn that spot again. I think Wisconsin is a great place to go and do that for me.”

The 5-foot-6 Boyer played two seasons for the Hawkeyes. She was a defensive specialist as a freshman, averaging 1.55 digs per set. She took over the libero jersey this spring and averaged 3.72 digs per set.

She also proved to be one of the better passers in the Big Ten with a 2.18 mark, tying UW’s Lauren Barnes for sixth best in the conference. Along with Giorgia Civita, who ranked third in passing, Boyer could bolster an area that was exposed in the Badgers’ NCAA tournament matches against Florida and Texas.

Sheffield wasn’t the only person involved in recruiting Boyer to UW, as Barnes also played a role.

Boyer, who is from Downers Grove, Illinois, and attended Montini Catholic High School, played with 1st Alliance, the same club as Barnes and Dana Rettke. Although they were in different age groups and didn’t play together, the two talked several times during the transfer process.

In addition to their similar roots, Barnes also had the experience of transferring to UW from another Big Ten program (Minnesota).

“She was a really big help to me,” said Boyer, who also hopes to follow Barnes into the business school at UW. “She kind of took that same path with transferring from business school to business school so we’re kind of in the same situation. She’s really helped me with figuring out that Wisconsin is the place for me.”

With Barnes, a fifth-year senior, established as one of the top liberos in the nation, Boyer figures to compete with Anna MacDonald, Izzy Ashburn and Sydney Reed for playing time at defensive specialist, at least for the first season.

That’s the path Barnes took when she joined UW while Tiffany Clark held the libero position for that first year.

UW and Iowa did not play each other in the spring season, but Boyer fondly recalls playing in the UW Field House as a freshman.

“It was very cool,” she said. “Electric. I’m very excited to play there. It’s different.”

Boyer also is excited about the step up in competitive and expectation level from Iowa, which went 14-37 in her two seasons there, including 8-32 against Big Ten opponents.

“I just go in and compete and give 100% effort all the time and just have fun doing it. Competing, that’s my favorite thing to do and I look forward to doing it with my new teammates.”

Came in with a vision. Executed on that vision with an immense amount of hard work, passion, focus and perseverance. Spread that energy throughout an entire athletic department, university and state. Left behind a legacy.

“Son... there’s this school up north, University of Wisconsin. They’ve got this Hall of Fame Coach, Barry Alvarez. You should play for him one day” -My dad HBW III when I was 10.

Thanks for everything Coach. Grateful we got to spend such quality time together that year!
❤️ 16 https://t.co/laHVFv7eyf

I’ll never forget the day I committed to Wisconsin. It wasn’t at a senior bowl picking hats, a high school gym, or even in Bret Bielema’s office. It was in Barry Alvarez’s office where Wisconsin football started and I would do it all over again. #OnWisconsin https://t.co/vkB5exhfP4

Coach, thank you so much for taking a chance on an immigrant kid and introducing this dream we all lived and made into reality in our time together! Your lessons off the football field will stay with me forever and I will forever be thankful for having you in my life. Love you! pic.twitter.com/u6yOb21TvQ

Glad I had the opportunity to learn under Coach Alvarez. One of the best to ever do it. https://t.co/qcn2aSRy1N

Will never forget when Coach spoke to us the night before the 2013 Rose Bowl. He said, “Now some people say I got ‘swag,’ and I do. Swag is just knowing more than the other cats out there...”

Created a culture of excellence that will last for generations. https://t.co/pAThk8wasD

When the Wisconsin football team was arriving at LAX for the 1994 Rose Bowl game, I went to the airport to greet them. It was late at night, around midnight as I recall. I wore my Wisconsin sweatshirt and was the only fan at the gate. Barry Alvarez led the team off the plane. He acknowledged me but that was it. My impression was that he was a big-time guy, focused on his team and the game. I had never done anything like that, but went because it had been years since they had played in the Rose Bowl. Is was an undergrad in 1963 and did not go to the game.

In late 1989, my wife and I attended a UW Alumni reception at a holiday college hockey tournament held in Milwaukee. During the evening of mingling, we visited with Pat Richter’s wife, Renee. She told us Pat was not there because he was in South Bend offering the UW head football coaching job to an exceptional candidate. Pat was planning to make that announcement upon returning to Madison. A couple of days later, Barry Alvarez was introduced as the new head coach. We felt we had an inside scoop!

I also served on the UW Athletic Board from 2007 to 2011, representing the Wisconsin Alumni Association. During that period for a couple of years, the Athletic Department took coaches from all sports and senior staff on a June bus tour around the state promoting the programs. At the time, we lived in Oostburg and one of the tour stops was at nearby Kohler. Kohler had raised a large tent in the community shopping center parking lot, and the alumni and public had the opportunity to meet and talk to coaches and former athletes which drew a large enthusiastic crowd. As the event was winding down, and people were leaving, it started to rain. Since our car was not close to the tent, we waited for the rain to let up. When it did, we were walking to our car when the door opened on one of the buses carrying the coaches and staff parked about 25 yards from where we were. Barry popped out flagged us down just to say “hello” and spend a couple of minutes visiting with us. He wanted to know our opinion on whether this event was successful from our perspective. ... It was! Totally unsolicited, and unexpected!

Our daughter Nathalie McFadden was born two weeks early — August 24, 1990 — so she could attend Barry’s debut against the California Golden Bears — and she did!!! It was the start of an uninterrupted love affair with UW, as an exceptional institution and UW Sports. Nathalie grew up on Langdon Street so was fully immersed in Saturday Game Day culture. While she moved to Chicago after graduating from UW-Madison, five years ago she returned to work at the UW Foundation and Alumni Association in her dream job promoting all things Bucky.

It's sad to see Mr. Alvarez move on but I can't say that the news really shocked me. I believe it's critical to make the right hire for his replacement because we've seen programs across the country such as Nebraska and Tennessee falter, leading from bad administration. I'm sure Barry with have a helping hand in deciding his replacement.

#History#love
Over the years I had many opportunities to meet Barry but what a outstanding Wisconsin Legend!

Barry did an amazing job resurrecting most of Badger athletics, with one glaring deficit. His frank unwillingness to bring back baseball will be remembered as an unfortunate and lasting error that kept him below the pinnacle of the truly great

In 2011 I went to a gala and Barry was there. My gf and I found ourselves standing at a table next to him and I was so starstruck I could barely mutter "hello" with a nervous smile which he kindly returned. Thanks for everything coach!

Beano Cook always said in the late 80s that @BadgerFootball was the sleeping giant of the Big Ten and Donna Shalala also recognized this possibility and acted on it. When Barry Alvarez was hired during my senior year at @UWMadison , I thought that something special could happen.

As a fan of the #Badgers since the 60s, Barry did the unthinkable, get the team to a Rose Bowl! Never thought I’d see the day. Amazing! Enjoy retirement coach!

They definitely need to name the field after him. Alvarez Field at Camp Randall. He remade UW Sports.

I think their should be some discussion on the coaches he has helped bring in. Besides women’s basketball, is there a sport that hasn’t had success during Barry’s tenure?!

"There’s just no way we could look back and say we just won a Big Ten championship and just made it to our fourth final four and say this was a failure," Kelly Sheffield said.

Powerhouse programs Wisconsin and Texas have spent much of the season ranked 1-2 in the national volleyball rankings.

Nebraska and Indiana visit to close out the season.

The teams will meet Friday, Sept. 10 at the UW Field House.

Badgers volleyball team opens at No. 2 in national poll

The Wisconsin Badgers women's volleyball team, which received 15 of 64 first-place votes, was ranked behind only Texas in the preseason national poll.

The outside hitter expects to get emotional thanking fans for their support. 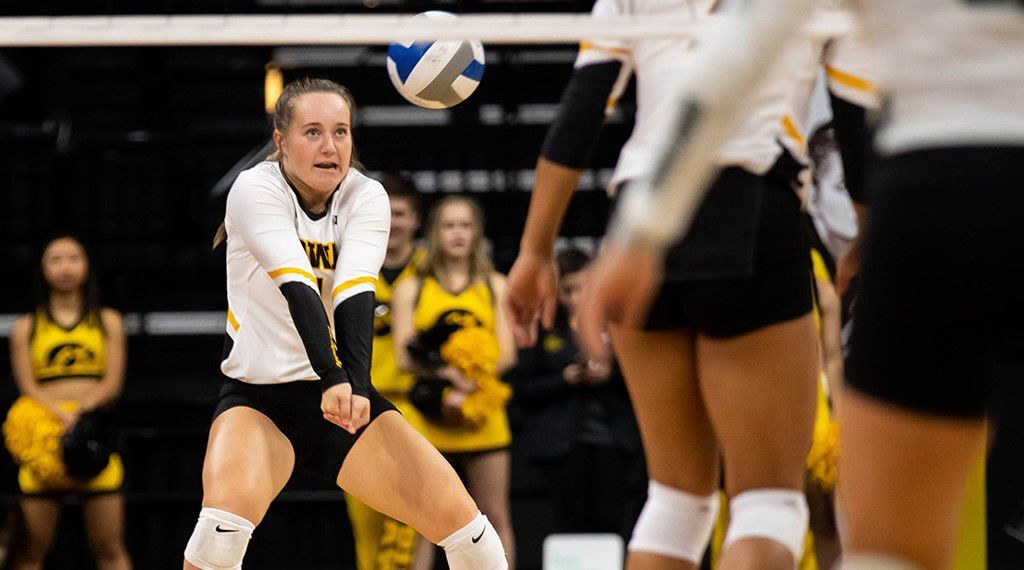 Joslyn Boyer averaged 3.72 digs per set for Iowa as a sophomore. 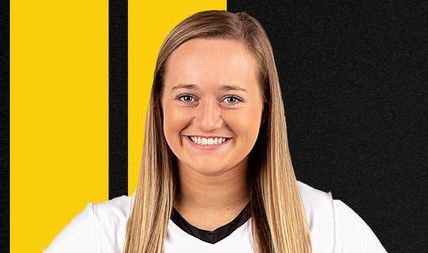