As Riley Bell recalls it, she was just doing what came natural to her, chasing down a volleyball that needed chasing.

She had no clue that her life was about to be forever changed.

The setting was a club volleyball tournament in Wisconsin Dells. Bell, then a sophomore at Nequa Valley High School in Naperville, Illinois, was playing with the Sports Performance Volleyball Club 16-3 team, roughly the equivalent of a junior varsity squad.

Waiting around over at the next court were University of Wisconsin volleyball coach Kelly Sheffield and assistant coach Gary White, basically killing time for a match to start for one of the players they were recruiting.

As they were chatting, Sheffield was distracted by a diving dig made by this little player on the next court. “I think, nice move,” he recalled. “We keep talking and I see this ball of energy and enthusiasm.”

And then comes the play.

“It’s crystal clear in my memory,” Sheffield said. “There’s netting separating the courts at the back and she goes flying in to make this play in the netting. I’m like, ‘Did you see that play?’”

White concurred that it was a nice play but didn’t think much more of it.

White was a little confused and asked if he just liked her for that level or did he like her for the Badgers?

“He goes, ‘You’re serious? We’re a top-five team in the country and she’s on their third team at club. We usually don’t recruit people at that level.’

“I said, ‘Gary, when you’re doing this as long as I’ve been doing it, sometimes you just find somebody and you say, I want to coach that.’”

Sheffield is now in his third season of coaching Bell, a junior backup defensive specialist, and her recruiting story is one he tells often, particularly at summer camps as an example of what can happen.

Bell has heard the story often and is glad to share it with campers. But in real time, she had no idea what was happening.

“I had no idea who Kelly was at the time,” Bell said. “I didn’t even think about recruiting at that time. The fact that that play made a difference for my entire future is something that has really stuck with me because it showed me the power of the moment. I did have the opportunity to go for that ball that day and maybe if that ball didn’t happen I wouldn’t be here. So it’s really important to me to utilize every opportunity that I can.”

Bell will get one of her rare opportunities to show Badgers fans what she can do Saturday in the annual Red-White scrimmage at the UW Field House.

“Every time that I’m able to step on the court is a special moment for me because the opportunities are pretty slim for me at this point,” she said. “So any opportunity that I do get to make a difference on the court than the things I do on the bench for the team is really special.”

While Bell’s primary tangible contributions have come in practice and from the bench in matches, she did actually find herself filling a significant role as a serving substitute, seeing action in 27 matches her freshman year.

“To be honest, I really did not expect that and I’m so glad that it did happen, although it was a little rough at first,” Bell said.

Perhaps her career highlight was serving match point as the Badgers closed out a four-set victory over then-No. 4 Nebraska at the Field House. It would be the last defeat for the Cornhuskers, as they won their next 19 matches en route to the NCAA championship.

Sheffield had no qualms about putting an obscure walk-on freshman in such a crucial situation. It was a role she trained for every day in practice. While others practiced their serves she would stand on the sidelines, run up toward midcourt as if she was being subbed in and then go back behind the endline, get a ball and serve just like she would in a match.

“She took that role very seriously,” Sheffield said. “What I know is the kid has no fear. In big moments she doesn’t blink. The stage is never to big and the lights are never too bright.”

Bell’s willingness to throw her body around on the court is even more impressive given that she has scoliosis, a curvature of the spine that is a frequent source of pain. She credits trainer Kristy Walker with helping her manage the pain.

“She’s suffering in silence an awful lot,” Sheffield said. “You would never know it.”

Mostly, she’s determined to make the most of an improbable opportunity, a point she stresses to young volleyball players at camp each summer.

“Wisconsin is the only school that did recruit me,” she said. “I’m sure I could’ve gotten more looks if I had kept the recruiting process going, but I just knew this was the place for me.

“I’m very thankful that things lined up in my favor that day. Just something simple as me having great effort on one single play has changed the entire rest of my volleyball career and my life, really.”

It’s the stuff of movies.

“She’s Rudy Ruettiger,” said Sheffield, referencing the subject of the 1993 movie Rudy, the story of the ultimate underdog football player at Notre Dame. “I don’t think anybody’s story resonates with our campers more than hers. She’s 5-foot-6, played on a lower-level team, wasn’t getting recognition and most people had no idea who she was.

“But here’s what she does. She makes our team, our gym, our culture better. We’re better because she’s on this team.”

A look at what Badgers volleyball player Tionna Williams will be doing after graduation.

Carlini, a former UW athlete, and current UW athlete Rettke were on the U.S. squad last week that won gold in the FIVB Volleyball Nations League finals held in China. 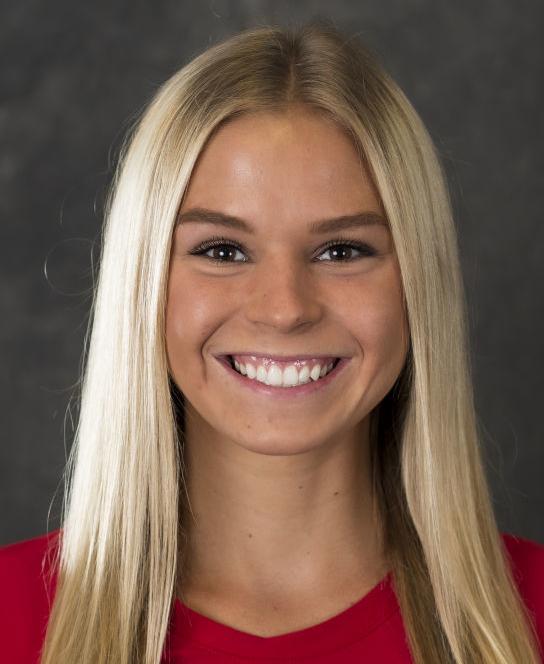