CHAPEL HILL, N.C. — It’s go time for Danielle Hart, both on the volleyball court and off.

On the court, Hart, a 6-foot-4 redshirt sophomore, is stepping into a major role as a middle blocker for the University of Wisconsin volleyball team, filling the void left by the graduation of three-time All American Tionna Williams.

And whenever she hasn’t been preparing herself for that opportunity, Hart has taken advantage of most every spare moment to explore the world around her — travels that have taken her to Canada, Glacier National Park, Arizona and the Upper Peninsula of Michigan and many points in between.

And that’s not counting two volleyball-related trips to Europe, first as part of USA Volleyball and then this summer with her UW teammates.

It’s been a life-changing experience.

“I’ve found that I love exploring new places and getting new perspectives on things,” said Hart, a native of Virginia Beach, Virginia. “I think the more I travel the bigger view I have of the world. I’ve really made that a thing when I have the time off. Now’s the time in my life to go do those things.

“I’ve found that I really don’t get much out of sitting on the couch and watching movies or TV shows. I’m so much more fulfilled and ready to go after doing a road trip than just sitting around the house. I’d rather go see some things and make some memories than that.”

At the moment, of course, Hart’s top priority is helping the No. 5 Badgers have a memorable season, beginning Friday with their match against Florida State in the Big Ten/ACC Challenge. UW will face host North Carolina on Saturday, while Minnesota will play a reverse schedule.

For Hart, the elevation to the middle blocker spot opposite of All-American Dana Rettke culminates a two-year learning process to prepare her for this moment.

“This is the dream right here,” Hart said. “It doesn’t feel like this big thing. Yeah, I’m filling in some big shoes, some All-American shoes, and I absolutely have to do everything I can to make sure the team doesn’t notice the difference when I’m filling in those shoes. But at the same time, I feel ready, I feel prepared.”

That was the plan when Hart was redshirted her first season before seeing spot play in 45 sets last season, recording a high of 11 kills against Rutgers and six blocks against Illinois State.

“Different players come in with different levels of experience and they progress differently,” coach Kelly Sheffield said. “We’ve had some other really experienced people who played her position and we’ve been able to give her a little bit of time. She’s learning the game a lot better.

“She’s got the ability to be a really good blocker. She’s got the tools, the size and athleticism, and she’s a strong kid. The only thing she’s missing right now is a lot of match experience and she’s going to get that.

“I see a player who’s ready to step in and play at the level that we need that position played.”

That standard could hardly be any higher — each of the starting middles who has played under Sheffield at UW has earned All-American honors, from Dominique Thompson and Haleigh Nelson to Williams and Rettke. It’s a tradition Hart embraces.

“I feel extremely lucky because this program has always had fantastic middles,” Hart said. “Being around one of the best in the world every single day, that’s my competition in the gym and it can’t get any harder than that (in matches) and I can learn and take so many things from her. Tionna was more of a player like me where she’s fast, getting up and explosive. I’ve been really lucky to have those role models.”

In addition to living with those expectations, Hart also excels in the classroom as a computer science major with a certificate in entrepreneurship.

On top of all that, she is determined to take advantage of every chance to explore new territory. Always an outdoorsy type who loved spending time on the beach in her hometown or at Smith Mountain Lake in the highlands of Western Virginia, Hart’s arrival in Madison has expanded her travel horizons.

In the summer following her freshman year a couple friends from home flew to Madison to join her on a 13-day driving and camping trip through the Badlands and Custer State Park in South Dakota, Glacier National Park in Montana, and Yellowstone and the Grand Tetons in Wyoming.

“It was amazing,” she said. “I’d never done such a big road trip before and I’d never done anything like that without parents. There’s a lot of preparation and I’d never been in most of those states, so that was a big stepping stone into traveling.”

Thus inspired, she and teammate Mallory Dixon and another friend headed to Southern Utah to go to Capitol Reef, Bryce Canyon, Zion, Canyonlands and Arches national parks, along with a venture into Horseshoe Bend and Monument Valley in Arizona and finishing with a day of skiing in Telluride, Colorado.

And in the break before the start of this season she and a friend from home headed to Upstate New York and Canada, coming back through New York City and Philadelphia before spending a couple of days on a boat in the Atlantic.

Then she and Dixon and freshman teammate Courtney Gorum made a quick trip to the Upper Peninsula to cap off a summer that started with the team trip to the Czech Republic, Austria, Slovenia and Italy.

“Once you do it, it’s addictive,” Hart said of her travels. “I like to pack it in. It’s so easy to sit on the couch for three hours and watch a TV show. But I look at it as you can sit in the car for three hours, get somewhere cool and go do something amazing.”

A look at what Badgers volleyball player Tionna Williams will be doing after graduation.

Carlini, a former UW athlete, and current UW athlete Rettke were on the U.S. squad last week that won gold in the FIVB Volleyball Nations League finals held in China.

They're 2-for-2: Badgers volleyball gets second straight sweep to start season

Badgers volleyball falls 5 spots to No. 9 in this week's AVCA poll

No. 5 Penn State visits Madison on Wednesday and No. 2 Nebraska awaits in a road match Saturday. 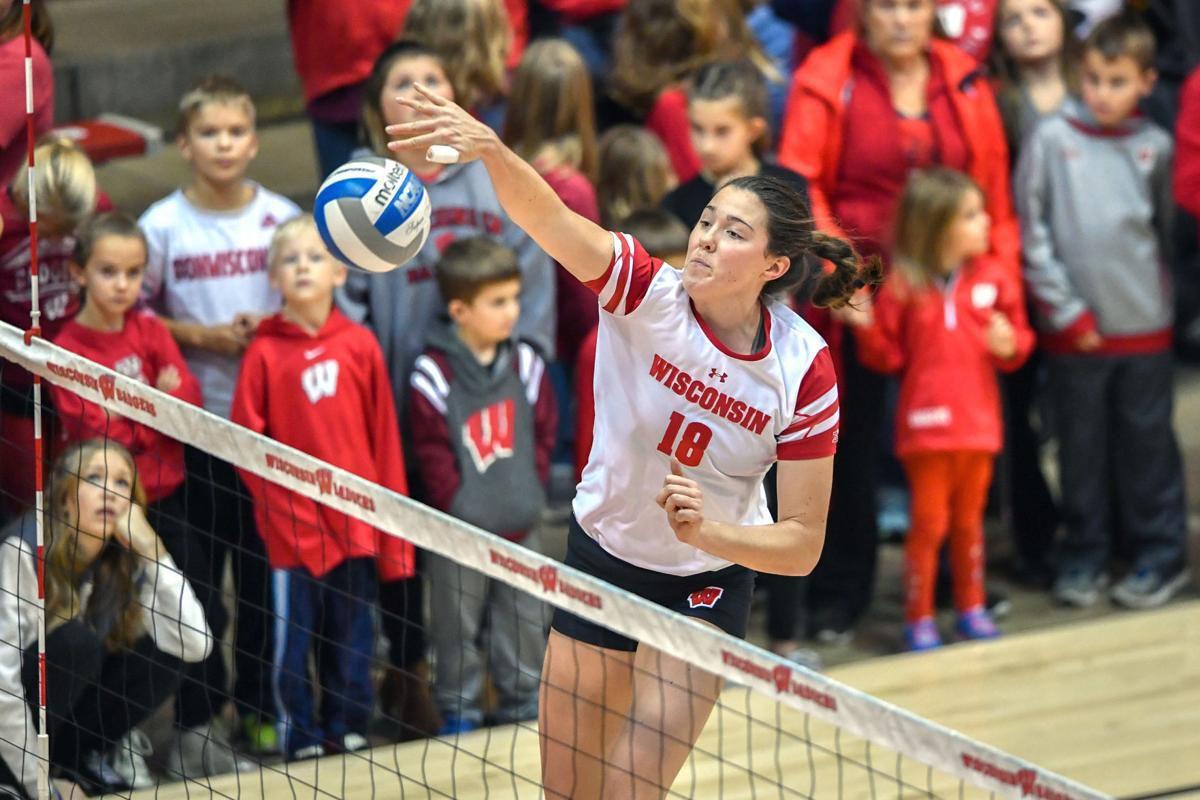 “This is the dream right here,” Danielle Hart said. “It doesn’t feel like this big thing. Yeah, I’m filling in some big shoes, some All-American shoes, and I absolutely have to do everything I can to make sure the team doesn’t notice the difference when I’m filling in those shoes. But at the same time, I feel ready, I feel prepared.” 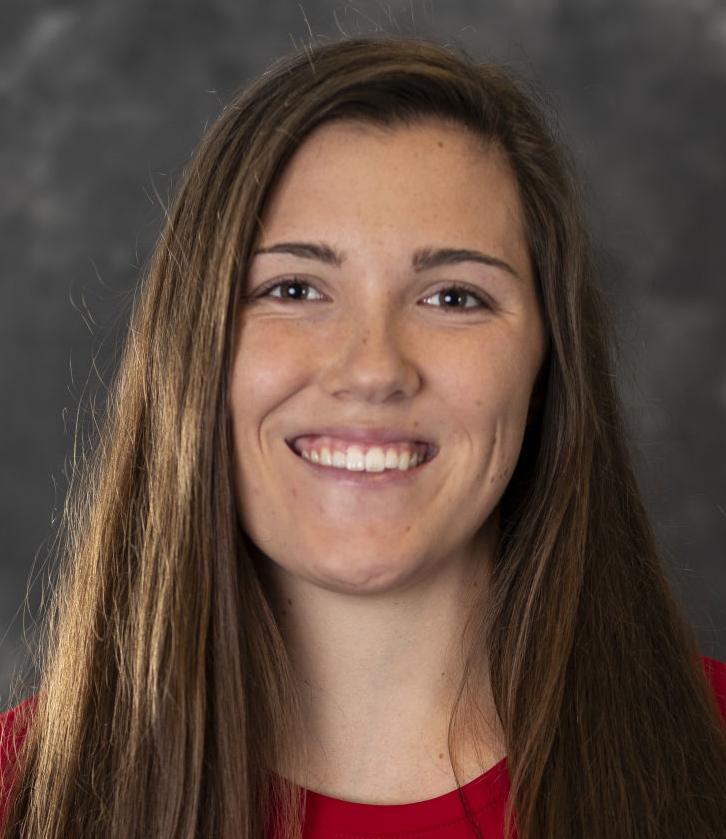