Caroline Crawford officially is a member of the University of Wisconsin volleyball team.

That means that coach Kelly Sheffield now can comment on the 6-foot-3 middle blocker who is transferring to UW after two seasons at Kansas.

Sheffield first spoke with Crawford two days before the Badgers were to meet Louisville in the national semifinals in Columbus, Ohio. He came away with a positive impression.

“I had a great conversation with her,” Sheffield said. “You could see how she’s wired. You could tell that she’s competitive and driven.”

Equally important, he learned that she understood that his priorities at that time were elsewhere and they agreed to talk again the week after the Final Four.

The Lansing, Kansas, native was ranked No. 22 on the PrepVolleyball Senior Aces list and was a teammate of UW’s Devyn Robinson on the USA team that won gold at the NORCECA U18 Continental Championship in Honduras in 2018 and the 2019 FIVB U18 World Championships in Egypt.

“She’s been a part of stuff like that and wants to continue to do stuff like that,” Sheffield said. “Just talking with her I felt that personality-wise there was a good fit.”

Crawford also gives the Badgers some needed depth in the middle, with Danielle Hart planning to return after suffering a torn ACL in September.

“Although Danielle’s rehab is going really well, you don’t know how things like that are going to respond,” Sheffield said. “It allows us, even if more from a practice perspective, to not put so much on her right out of the gate. It also gives us more options on how we want to utilize Devyn and Anna (Smrek).

“I think she can be a really good blocker and has a good chance of being out on the court this season. She’s clearly one of the better middles that was out there and she has three more years. I think she’s going to do a really good job of fitting in with what we’re trying to do here.”

The transfer portal has become a fact of life in all college sports and Sheffield has not been afraid to bring in players he feels will fit in with his program. He’s taken on a key back row player in each of the past three seasons — Lauren Barnes in 2019, Giorgia Civita in 2020 and Joslyn Boyer in 2021.

“For the most part I think the portal is great,” Sheffield said. “I’ve never been a big fan of coaches who have been able to say where players could or could not go. Being able to have freedom of movement, freedom to make decisions that people think are in their best interest is fine. If you’re not happy one place then go be happy someplace else. You’ve got a limited opportunity and that window closes pretty quick.”

That said, he also thinks the portal should be approached with caution, especially in the compressed process for a player to get admitted to a school for the spring semester to begin training with her new team.

“For high school recruiting you spend so much time over a year or so when you’re recruiting a kid,” he said. “And all of the sudden somebody gets in the portal and it’s decided in less than a week. People are going to have to be careful. It can be a shot in the arm with talent, but if you’re not careful it can have a negative effect on your culture.”

The portal has been awash with players around the country and there have been moves that figure to impact the Big Ten Conference race.

The most recent impact move was middle blocker Arica Davis from Ohio State to Minnesota. The Gophers have also picked up setter Elise McGhie from Kansas and lost middle Shea Rubright to Washington State.

Penn State has probably been the most impacted program, losing setter Gabby Blossom to San Diego, libero Jenna Hampton to South Carolina, outside hitter Annie Cate Fitzpatrick to Florida and middle Kaitlyn Hord, who has yet to settle on a new school.

Taylor Trammell, a middle from Purdue, entered the portal this week. The Boilermakers earlier landed libero Emily Brown from Missouri.

Nationally, Texas has picked up libero Zoe Fleck from UCLA and outside hitter Madi Skinner from Kentucky and lost outside hitter Skylar Fields to Southern Cal.

Sheffield is close to finalizing the schedule for both this spring and the non-conference season in the fall. He expects things to be completed in the next week or so.

Without getting into specifics, he said the Badgers are looking to play a match or two at neutral sites such as a high school or club facility this spring. That’s due in part to the UW Field House being closed for part of the spring for construction work.

Much of the fall schedule is predetermined by previous commitments. UW and Minnesota will again participate in the Big Ten/Big 12 Challenge with Baylor and TCU. The Badgers will travel to Kentucky and also face in-state rival Marquette. Sheffield also is working on a home-and-home series with Florida. UW also owes a visit to Dayton, but that likely will be in 2023.

Rettke’s life has been a whirlwind since her final kill wrapped up the Badgers' five-set victory over Nebraska in the NCAA championship match in Columbus, Ohio.

As super seniors depart, Badgers volleyball coach Kelly Sheffield is "excited with the talent that is still with the program and their potential."

Caroline Crawford helped lead Kansas to a pair of wins in the women's volleyball NCAA Tournament. Here's a look at why she decided to transfer to Wisconsin.

UW knocks out top-seeded and previously unbeaten Louisville in the national semifinals.

Why Devyn Robinson is so valuable to the Badgers volleyball team

The Badgers swept Big Ten rival Minnesota to advance to the national semifinals for the third straight tear and fifth time in program history.

The No. 4 seed Badgers hit .357 as a team as they advanced to the regional final on Saturday night against Big Ten rival Minnesota, a five-set winner over Baylor in the first match of the day.

“I wasn’t even halfway through the video before I was on the phone with somebody,” Kelly Sheffield said. Now Gulce Guctekin is joining the Badgers.

Sarah Franklin was a first-team All-Big Ten Conference selection in 2021 when she ranked third in the conference with 3.96 kills per set.

The coach of the defending national champions couldn’t help but notice over the weekend that every game of the NCAA women’s basketball tournament was being televised.

“My first reaction was surprise. Then emotions just floated," Jade Demps said about Wisconsin volleyball playing at the Kohl Center. Here's a look at why the Badgers decided to host a match there. 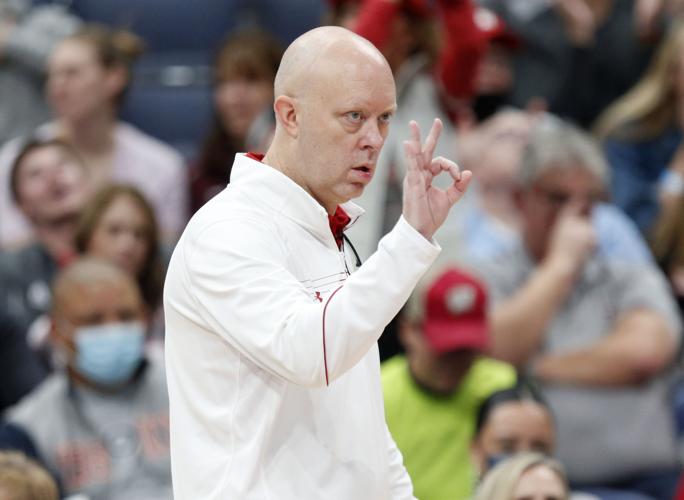 UW coach Kelly Sheffield found out about Gulce Guctekin by an organization that helps European players hoping to play in the U.S. 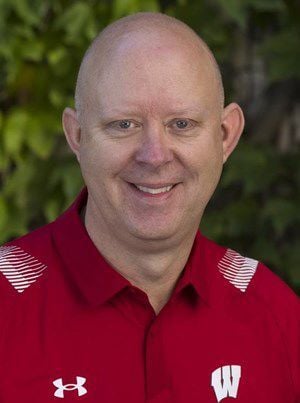