Lauren Carlini has taken her place among the greatest amateur athletes of all time.

Carlini, the four-time All-American setter for the University of Wisconsin volleyball team, was named the recipient Tuesday of the AAU James E. Sullivan Award, presented to the top amateur athlete in the nation annually since 1930.

Carlini becomes the first volleyball player and the first UW athlete to receive the award. Ron Dayne was a finalist for the honor in 2000.

“First I was really surprised and then I was just so grateful because I am in such a great group of finalists,” Carlini said in a phone interview shortly after the announcement. “They’re all Olympians.

Carlini said it was humbling to join such elite company.

“I don’t know how long it’s going to take to soak in,” she said, “but it will probably take awhile just because the names on the list of the AAU Sullivan Award winners are the best of the best. They’re world-renowned athletes, so it’s going to take me awhile and a lot of accomplishments to feel like I’m worthy of this award.”

UW coach Kelly Sheffield said Carlini won two of the four categories used to determine the winner and that she made a big impression on the AAU committee members.

“The committee was blown away by her,” Sheffield said. “Not just her accomplishments, but they were really impressed with her character. They said that kept coming up, her character, her ability to communicate and to represent what the award is all about.

“Lauren is going to continue to represent this sport and our university and what this prestigious award means to the best of her ability. She doesn’t play things for awards, but she understands the history of this award. It means a lot to her because she knows what this award means.”

Carlini said she hopes this inspires young volleyball players and that she also feels a special honor in becoming the first Badger to win the award.

Hazelwood, who is expected to make her decision in the next few days, is a two-time first-team All-Big 12 Conference selection.

The Badgers will play UW-Green Bay at 6:30 p.m. Saturday at the UW Field House in their only home match of the spring.

Badgers volleyball: Will Lauren Carlini's number be honored by the school like Frank Kaminsky's?

She was the first four-time All-American and first three-time first-team All-American volleyball player in school history. 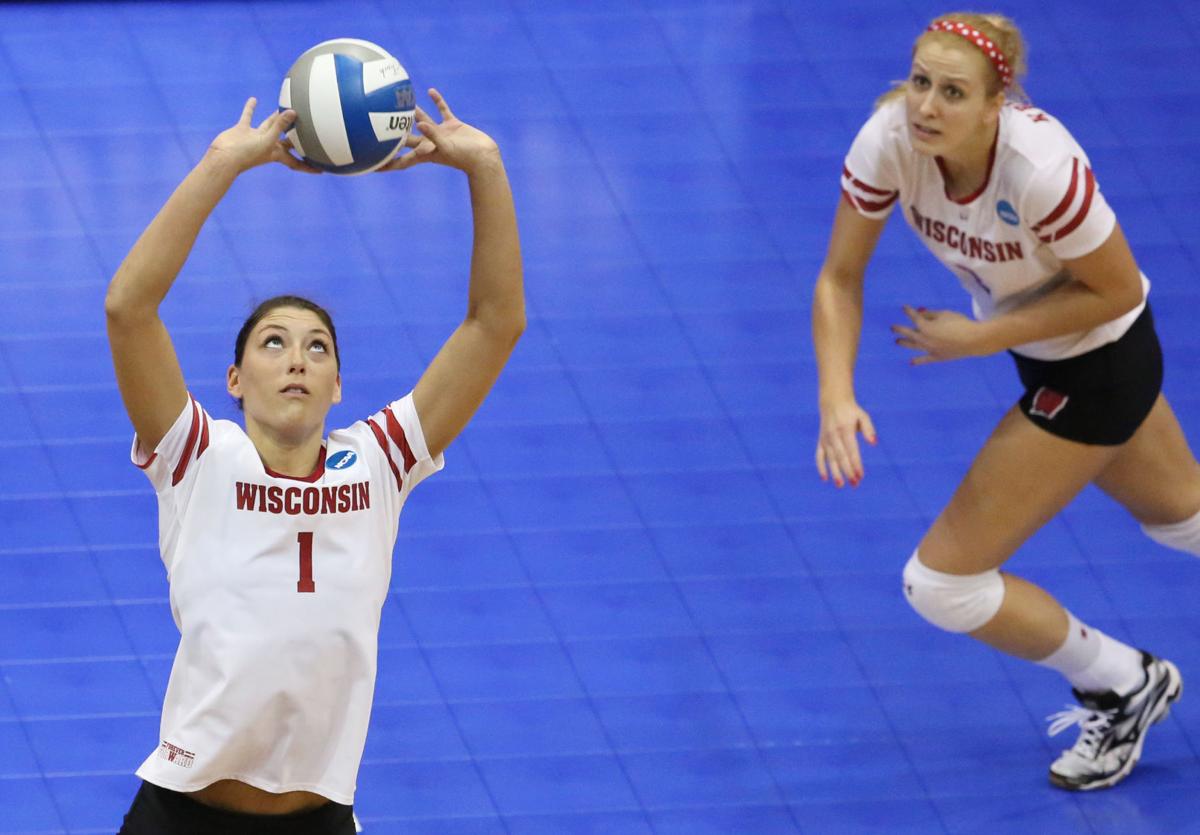 Setter Lauren Carlini sets the ball as opposite Romana Kriskova runs during the Badgers' NCAA regional final against Stanford at the UW Field House in December. 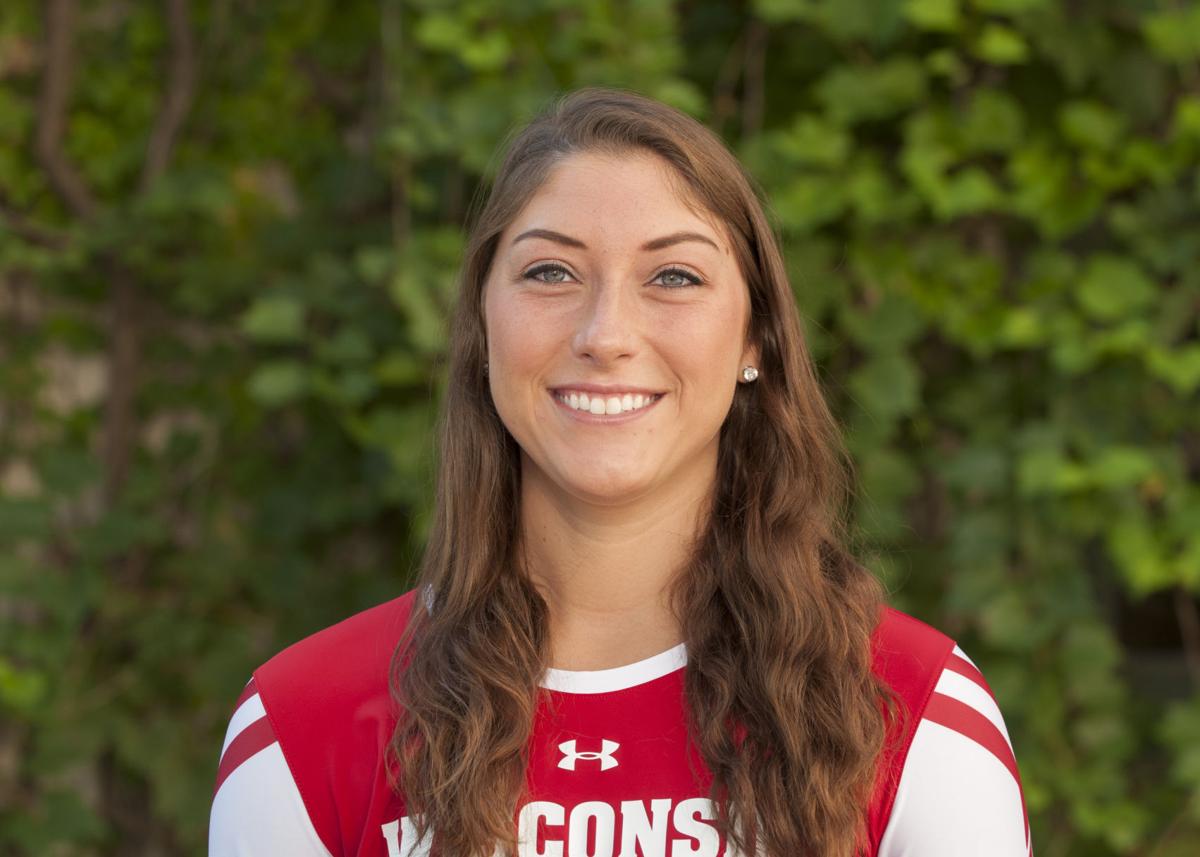