Growing up in the Madison area, hockey role models weren’t far away from Tarek Baker.

The University of Wisconsin forward from Verona could look to the work done by former Badgers players such as Joe Pavelski, Craig Smith and Adam Burish — athletes who stretched their efforts to the max to make themselves pro caliber.

For Baker, however, as present as the dreams to make the big leagues were, the path was equally cloudy. Until, that is, he started his collegiate career with a role-breaking, 10-goal, 21-point freshman season.

It turned heads and opened doors for Baker, whose career outlook has changed at least in the fact he has gained a sense of what his route to the NHL could be.

A free agent invitation this summer to the offseason development camp of the Vegas Golden Knights was Baker’s entry into the NHL world.

“Going to one of those camps, you start talking to the coaching staffs and the player development guys ... trying to keep in contact with guys like that if there’s any questions that I need to bounce off of, there’s an extra set of eyes that can help me,” Baker said. “So that’s huge for me.”

Baker isn’t the only player who’s hoping to use a few days in an NHL development camp as a springboard into the college season. The eight drafted players on the roster all attended events with the teams that hold their rights.

The reports were favorable, said Badgers coach Tony Granato, who credited strength and conditioning coach Jim Snider for his prep work with the players.

Given his free agent status, Baker may have made the best impression of the group.

He arrived last season expecting to play a grinder role, using his 5-foot-10, 185-pound body and knack for physical play to make himself the kind of player Granato would need to keep in the lineup.

He did that but also added some scoring, making coaches shift Baker’s position in the set of roles they had established.

But, the way that Granato describes it now, that was more a move of necessity than a move of comfort. Baker got time on the power play and as the second-line center because he showed early in the season he could be more than a lower-line worker.

“He has a tremendous value for us,” he said. “I want to make sure that I keep him on track for his development for what he’s going to be when he leaves here. And sometimes that’s hard to do because you have a different need than what the pro team is going to have.

“And I don’t want him to get lost into that and all of a sudden think he’s going to turn himself into a Dany Heatley or a different player. So I’ve got to make sure that I’m doing what’s right for Tarek in the long term.”

What Baker could turn himself into, Granato said, is something along the lines of Pavelski, Smith or Burish — self-made players whose commitment rarely was questioned.

“He has the same mentality of them right now,” Granato said.

In Las Vegas, Baker picked up more knowledge of what kind of work ethic he’ll need to display to make his pro dreams a reality. And he got to compare his skill level with players who have already played a few NHL games or are expected to get that chance soon.

By all reports, Baker held his own and impressed Golden Knights coaches. It’s too soon to say whether that changed his long-term prospects from a four-year collegiate player to someone who might have an opportunity to sign early.

“This summer, I really wanted to make a big impact at my development camp,” he said. “Doing that meant I had to make a bunch of sacrifices. Seeing my results at camp really helped me put things in perspective.”

In that same breath, however, he turned back to his first season with the Badgers, a promising start personally that came amid a team performance that fell well short of expectations.

With a 14-19-4 record, UW missed the NCAA tournament for the fourth straight season. Since first joining a conference in 1969, the Badgers have never gone longer without a national tournament appearance.

“We should have had a better record with the talent we had,” Baker said. “But that’s something that, here, I want to bring a national title. I want to go to (NCAA) tournaments again like we used to back in the day. It’s got to take one, two, three, four guys at the start, and hopefully everyone follows suit.”

With 15 underclassmen expected to be in the lineup, coach Tony Granato and his staff are putting their stamp on the program.

5 things to watch in NCAA men's hockey this season

The 2018-19 college hockey season is a 190-day journey that officially starts on Saturday and ends in Buffalo, New York, on April 13.

5 things to watch in Big Ten men's hockey this season

With four teams in the NCAA tournament and three in the Frozen Four, the Big Ten Conference at last showed last season it can be a power leagu…

Juniors Jack Berry and Johan Blomquist and freshman Daniel Lebedeff will vie for the starting goalie job for the Badgers.

Tischke had chances to sign a pro contract after his junior season, and it wasn't the first time that his Badgers career almost ended.

Badgers recruits Cole Caufield and Alex Turcotte both got "A" grades from NHL Central Scouting, which identifies them as candidates for a first-round draft selection.

Max Zimmer could get another crack at being a top-six forward for the Badgers men's hockey team.

Unfettered by other obligations and considerably wiser after coaching the college game for two years, Granato is more determined than ever to elevate UW’s program to its former glory.

In practice, the Badgers' nine-person freshman class has put elements of skill and toughness on display.

The Badgers are looking to set a tone for the season in Sunday's exhibition contest against Victoria, regardless of how the score turns out.

The Badgers host the Vikes at the Kohl Center.

The Badgers rolled to an 8-2 victory over Victoria in front of an announced crowd of 4,569, and a stretch late in the second period gave Roman Ahcan, Brock Caufield, Mick Messner and Dominick Mersch some valuable minutes in penalty killing.

Madison native and former Badgers defenseman Rob Andringa is scheduled to do color commentary for eight broadcasts this season, less than a year after a colon cancer diagnosis.

There’s uncertainty in many areas with this season’s University of Wisconsin men’s hockey team, especially with a large freshman class, but To… 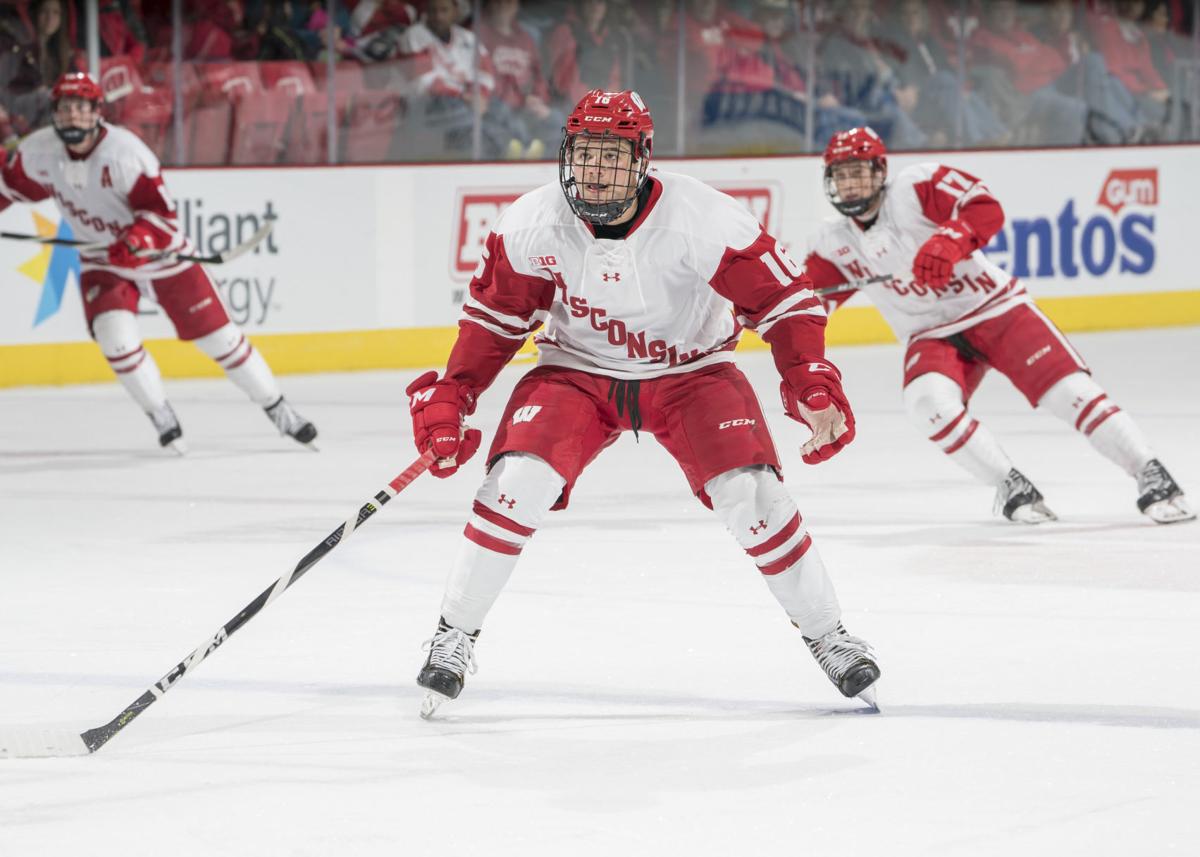 Tarek Baker provided 10 goals and 21 points in his freshman season. 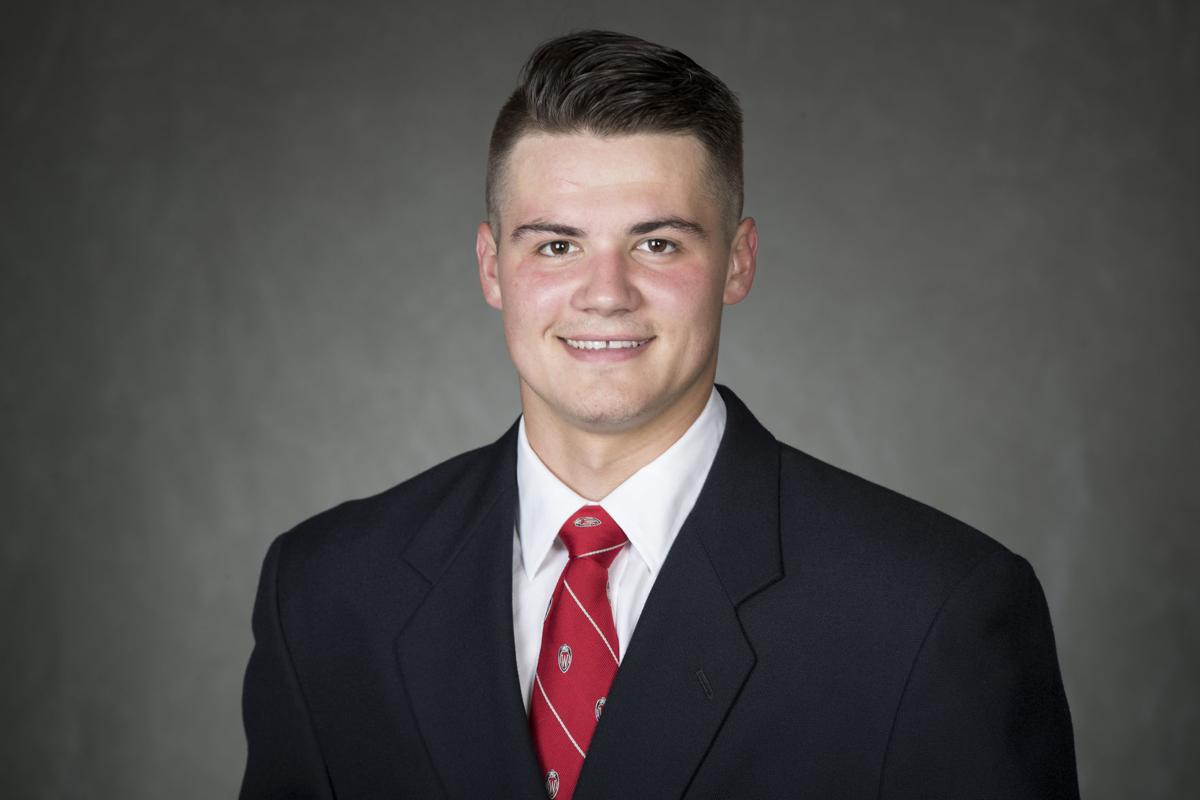