Coach Tony Granato and his staff have been kicking the tires on an offseason trip for the University of Wisconsin men’s hockey team, but the destination took a turn in the past two months.

Instead of heading across the Atlantic to be part of a European tour, the Badgers will start the 2019-20 season in Canada.

The NCAA allows teams to take a foreign trip for exhibition games once every four years, and UW will play twice against the University of British Columbia in Vancouver over Labor Day weekend.

Sweden or Finland were among the original considerations, Granato said, but Vancouver won out.

“We said this would be a good year,” Granato said Wednesday. “Let’s try to pull this off.”

Games in UW’s first foreign tour are tentatively scheduled for Aug. 30 and Sept. 1, but the additional benefit that the Badgers gain is 10 days of practice leading up to the trip.

Coaches ordinarily aren’t allowed to be on the ice with players until the start of the fall semester — for UW, that’s Sept. 4. Because of the trip, the Badgers will get a head start on the season.

Most of the team’s schedule was released Wednesday, with the regular-season opener set for Oct. 11 at Boston College. After an Oct. 12 game at Merrimack, UW plays its home-opening series against two-time defending NCAA champion Minnesota Duluth on Oct. 18-19.

Besides the Vancouver trip, the Badgers also are working on scheduling exhibition games for before the start of the regular season and before they return from an extended holiday break.

The home preseason game likely will be on Sunday, Oct. 6 — the second day games can be played — against an opponent to be determined. UW is finalizing a game against the U.S. Under-18 Team in Plymouth, Michigan, on either Dec. 31 or Jan. 1 before it opens the second half of the season against defending Big Ten Conference champion Ohio State at the Kohl Center on Jan. 10-11.

The U.S. game, part of a four-year contract that will bring the development program to the Kohl Center in the three following seasons, addresses what Granato said was a misstep in the middle of the team’s 2018-19 schedule.

UW had 26 days without a game before resuming the season at home against Denver, which swept the Badgers after playing the previous weekend.

The midseason gap between regular-season games in 2019-20 is a week longer.

“We can’t afford to make a scheduling mistake where we’re in a position that we go to Boston College opening weekend without playing a game,” Granato said. “We’ve got to play a game. And we have to play a game over Christmas to be ready for those games following.”

The 34-game regular-season slate includes 10 non-conference games, six of which are against teams that made the NCAA tournament last season. Minnesota Duluth, Clarkson (Oct. 25-26) and Arizona State (Feb. 21-22) all visit the Kohl Center for two games.

The Badgers will play at Omaha on Nov. 8-9, their first trip to play the Mavericks since both were members of the Western Collegiate Hockey Association in the 2012-13 season.

The Big Ten schedule opens Nov. 1-2 at Penn State, where UW’s 2018-19 season ended in overtime of the deciding Game 3 of the first round of the league playoffs.

Sixteen of the 17 regular-season series are scheduled for Friday and Saturday. A home series against Michigan on Thanksgiving weekend will be played on Saturday and Sunday.

The Badgers, who were 14-18-5 last season, have their most highly anticipated recruiting classes in years in 2019-20. Forwards Alex Turcotte and Cole Caufield are expected to be first-round NHL draft picks later this month; fellow freshmen Owen Lindmark, Ryder Donovan and Mike Vorlicky also are ranked by NHL Central Scouting, and Dylan Holloway has been projected as a first-round prospect in 2020.

“With the base and the foundation of the players that we have in place and what we’re adding to it, I would hope people would be excited about just saying, hey, I don’t care who they’re playing; I want to see our team play,” Granato said.

Liam Malmquist scored 30 goals and assisted on 31 in 30 games for Minnesota Class AA champion Edina as a senior last season.

Dylan Godbout, 15, announced his oral commitment to the Badgers one day before NCAA recruiting rules change to delay scholarship offers.

New Badgers recruit Tristan Luneau has been mentioned by scouts as a potential high-first-round pick in the 2022 NHL Draft for his exceptional puck skill and skating ability.

Shane LaVelle, who committed to the Badgers two years ago, will take experience playing in a USHL camp back for his senior season at Chaska High School in Minnesota.

Mike Eaves was announced Tuesday as the head coach of the American Hockey League Cleveland Monsters, the top affiliate of the NHL's Columbus Blue Jackets.

Holloway is projected to follow the path set by fellow Badgers freshman forwards Alex Turcotte and Cole Caufield and sophomore defenseman K'Andre Miller as a first-round choice next year. 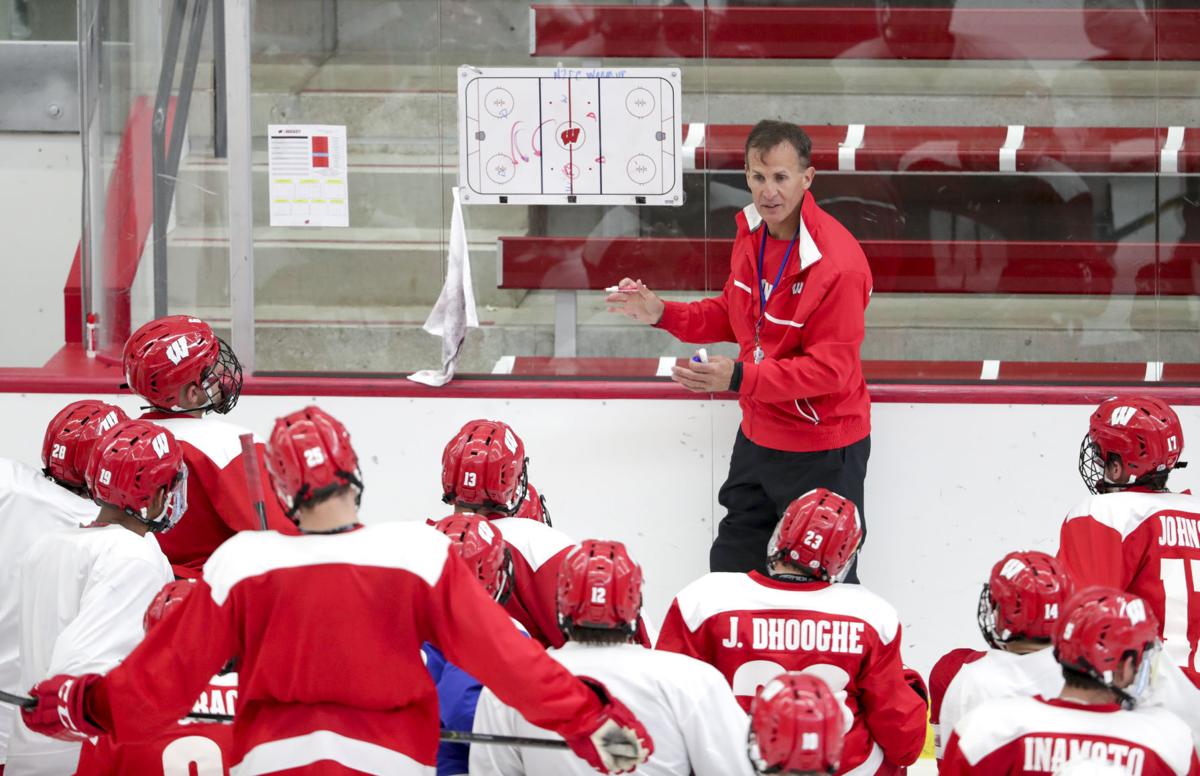 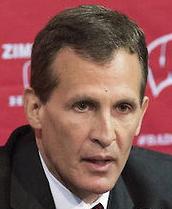