The University of Wisconsin men’s hockey team turned what probably was its lowest moment of this season’s first half into a rallying point.

It wasn’t the pair of losses at Ohio State last month that got to the Badgers as much as the way they played in succumbing. UW had a tough time keeping up with the sixth-ranked Buckeyes for most of the series.

In the hallway outside their locker room at Value City Arena on Nov. 17, players spoke of accountability for their performance. Sophomore right wing Sean Dhooghe said it was up to the team to show up “with a chip on our shoulder” in response.

That chip has been noticeable in the past three weeks as the Badgers built a six-game unbeaten streak (3-0-3) that they carry into their midseason break.

“Coach mentioned a couple weeks ago that if we can have a strong couple of weeks here, (we can) go into the break with a better record and most importantly the confidence, especially after this weekend,” Dhooghe said after Saturday’s 3-0 victory over Michigan State.

Dhooghe did his part with a goal in both games against the Spartans, giving him a team-high nine for the season. Only Luke Kunin (11 in 2016) and Michael Mersch (11 in 2012, 10 in 2013) have had more goals for the Badgers at the break over the past eight years.

“We’ve got four weeks here and we’ve got to do things right,” said Dhooghe, who’ll be part of the U.S. training camp for the World Junior Championship starting Saturday. “We’ve got to eat right, keep our bodies in good shape and our minds fresh so when we come back we can pick right back up where we left off.”

Since the Ohio State series, the Badgers (8-7-3, 4-3-3-1 Big Ten) tied both games at No. 14 Michigan, got a tie and victory at home against No. 6 Penn State and swept last-place Michigan State. They’ve played two more games than everyone except Michigan, but they’re tied with the Buckeyes for first place in the Big Ten Conference.

UW coach Tony Granato credited his team’s leadership — senior captain Peter Tischke and alternate captain Seamus Malone — for getting the group focused on what it could do after the Ohio State games instead of what had already been done.

“Six games in a row in our conference and playing the way we did and not losing in regulation says a lot about our goaltending, about the play of our defense, about the contributions of, really, all four lines,” Granato said. “I think that’s been the funnest part to see, is that each line has found ways to contribute in lots of different ways.”

The contributions came as a stretch of offensive futility — the Badgers set a program low for scoring average in November — flipped to a breakout. UW was 35th nationally in scoring at the end of November; it’s 18th now.

UW has the next three weekends off before another challenging stretch to start 2019. After the Badgers host No. 8 Denver on Jan. 4-5 and play No. 6 Notre Dame at the Kohl Center on Jan. 18 and at Chicago’s United Center on Jan. 20, they’ll know more about their chances to make a run at their first NCAA tournament appearance in five years.

Johannson to be honored

Granato will be on hand Wednesday in Nashville as former Badgers player and USA Hockey executive Jim Johannson is honored posthumously with the Lester Patrick Award.

Johannson, who passed away in January, played for the Badgers from 1982 to 1986 and later went on to be assistant executive director of USA Hockey.

The award will be presented during the U.S. Hockey Hall of Fame induction ceremony. Red Berenson, Natalie Darwitz, Hago Harrington, David Poile and Paul Stewart are in this year’s class.

Recruits Dylan Holloway and Ethan Leyh, both forwards, are playing for Canada West in the World Junior A Challenge this week in Bonnyville, Alberta.

Leyh scored a goal in Canada West’s 2-1 shootout victory over the U.S. on Sunday. The tournament, which runs through Sunday, showcases junior-level talent from Canada, the U.S., Russia and the Czech Republic.

A beautiful pass by T.J. Lloyd makes it to Ethan Leyh, who makes a beautiful toe drag deke before sending a blister of a wrister past Isiah Saville. Tie game, 1-1. #WJAC #CANWest @LangleyRivermen pic.twitter.com/r4tpTbBWtW

Holloway has signed to join the Badgers next season, and Leyh is projected to enroll in the fall of 2020.

The Badgers close the first semester on a 6-game unbeaten streak currently tied with Ohio State atop the B1G standings.

The Badgers extended their unbeaten streak to six games with a 3-0 victory over Michigan State on Saturday at the Kohl Center, with Daniel Lebedeff posting his first collegiate shutout.

The Badgers completed a series sweep of Michigan State at the Kohl Center.

Peter Tischke broke a deadlock with his second goal in as many games — and just the seventh of his 116-game UW career — in the third period Friday and the Badgers surged past Michigan State 5-3 at the Kohl Center.

The Badgers lost a three-goal lead but defeated Michigan State at the Kohl Center.

New Badgers recruit Luke Levandowski, 16, is a sophomore for Rosemount High School in the Twin Cities suburbs who has scored four goals in his first five games this season.

Luke Levandowski, who committed to the Badgers last week, recorded his first high school hat trick on Tuesday and has eight goals through seven games.

After flipping his commitment from Wisconsin to Quinnipiac, forward Ethan Leyh said he "thought it would be a better place for me." 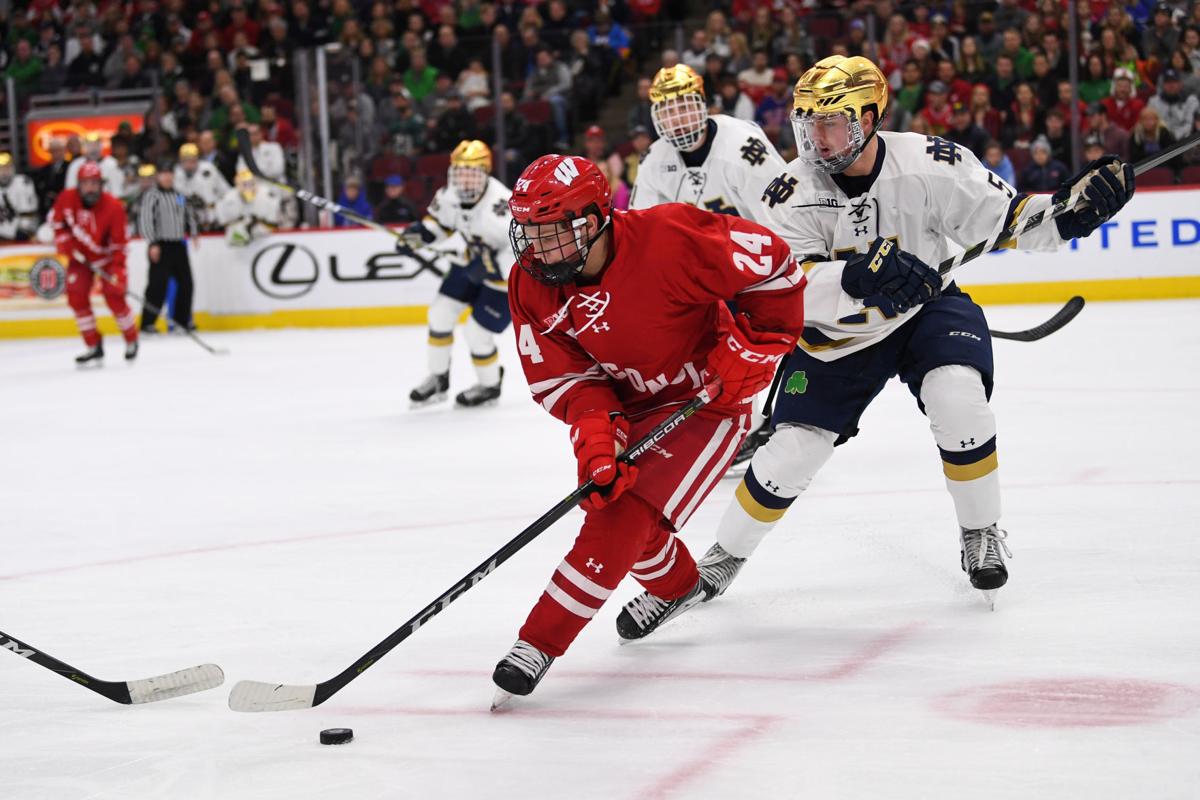 Sean Dhooghe scored in both games against Michigan State to finish the first half of the season with nine goals. 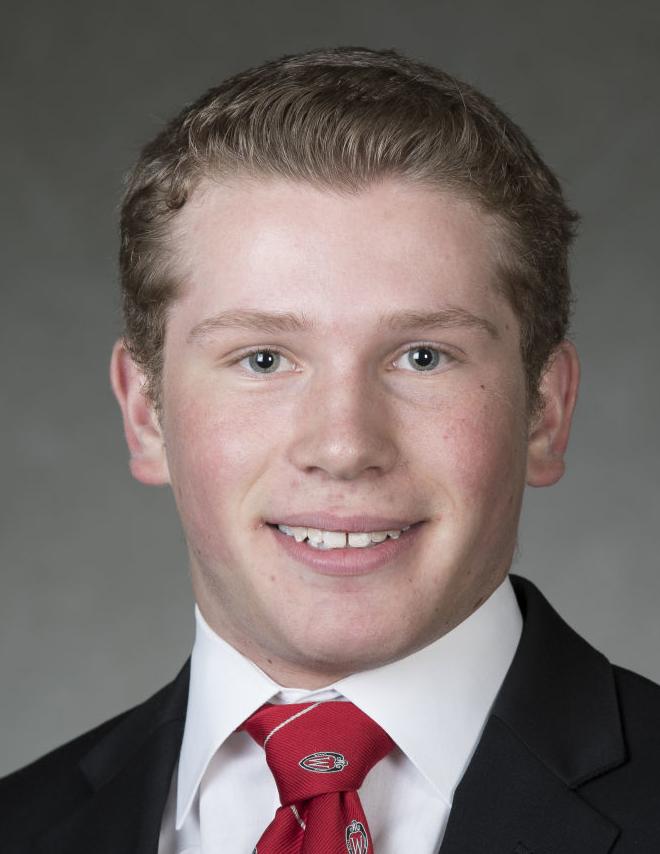