Carson Bantle’s level of play made a noticeable jump between his first and second seasons of junior hockey with the Madison Capitols.

It’s now the University of Wisconsin that stands to benefit if he can do the same for his second season in college.

Bantle, a former captain for the United States Hockey League’s Capitols who is from Onalaska, plans to transfer to the Badgers after one season at Michigan Tech.

Badgers get transfers from Minnesota and Bowling Green, lose senior to pros

Bantle was picked by media members who covered Western Collegiate Hockey Association teams to be the league’s top rookie before last season, but his production — two goals and one assist in 19 games — didn’t match expectations.

“It just wasn’t the right fit for me,” he said about his decision to leave Michigan Tech. “I just wanted something different.”

UW showed interest after he put his name in the portal early this month, and the 19-year-old winger said that made it a straightforward decision.

“It’s always been a dream of mine to play for Wisconsin, growing up a Wisconsin boy,” he said.

That desire grew in two years playing for the Capitols, a period that also changed the outlook for the 6-foot-5 forward. He started as a third- or fourth-line player who put up 10 goals and 10 assists in 62 games in 2018-19.

A bigger role in the next season put him 12th in the USHL with 49 points in 49 games. He was drafted in the fifth round by the NHL’s Arizona Coyotes in 2020.

“Having that experience, already playing a few games and getting those underneath my belt, I think that those were huge for me,” Bantle said.

The same goes for NCAA hockey.

“Now that I know what it’s like, I’ll be able to focus on more of the things I need to work on, which will get me ready for next year,” he said.

Speed and strength are high on that list. Bantle played at 205 pounds with Michigan Tech after being recorded at 194 early in his draft year with the Capitols. He’s filling out his tall frame and learning how he can be a productive player at higher levels.

His freshman season was disrupted by a separated shoulder that made him miss 11 games in February. He was a left wing on the third and fourth lines after he returned.

The Montreal Canadiens called up former Badgers star Cole Caufield. Why hasn't he made his debut yet?

Coach Tony Granato said the Badgers would be active this offseason in recruiting via the transfer portal, and it has played out as he predicted. UW isn’t going to find a replacement for Hobey Baker Award winner Cole Caufield in the portal, but it has added depth.

“That’s just the nature of today’s movement in college athletics if you can improve your team,” Granato said.

UW grabbed graduate transfer Robbie Beydoun from Michigan Tech last offseason, and he brought stability to a goaltending position that sorely needed it.

Beydoun didn’t get a chance to play against his old team; the pandemic forced schedule changes that wiped out UW’s planned series against the Huskies last October.

But because Michigan Tech tends to show up on the Badgers’ non-conference schedule frequently, Bantle probably will have to line up against former teammates at some point.

“Talking to some of my buddies from Tech, they’re pretty pumped to play me,” Bantle said. “It’ll be a lot of fun playing against some of those guys.”

Cole Caufield scored his 27th goal of the season 6 minutes, 50 seconds into the extra session to send the fifth-ranked Badgers past the Nittany Lions 4-3 on Monday in the Big Ten semifinals.

Robbie Beydoun, playing in his home state, makes 28 saves as the Badgers keep the heat on Minnesota in the chase for the Big Ten title.

Holloway scored twice on the power play to lead the Badgers past the Buckeyes.

Ty Pelton-Byce scored twice for the Badgers, including the tying goal with 26.8 seconds left after UW let two third-period leads slip away.

Coach Tony Granato went down the lineup in handing out individual laurels for good chances created, hits dished out or composed plays in the defensive zone.

The Badgers erase the sour taste of their largest loss of the season with their first victory at Michigan in their past eight tries.

A four-goal second period by the Wolverines was the difference after the Badgers took the lead.

Sophomore Jax Murray scored his first two collegiate goals for the Sun Devils as the Badgers fell to .500.

Caufield had his second hat trick for the Badgers and Tarek Baker scored a key short-handed goal.

Robbie Beydoun made a career-high 49 saves for the Badgers.

Badgers can't cash in on late chance before falling to No. 6 Michigan in overtime

Missing their top two centers, the Badgers nearly emerged with a split against the sixth-ranked Wolverines.

The Wolverines scored three times in the final 5 minutes, 22 seconds of the second period to turn a deficit into a two-goal lead going into the intermission.

Linus Weissbach helped provide the offense and Robbie Beydoun was a stable presence in goal in the Badgers' 2-0 victory over No. 20 Notre Dame.

Shay Donovan put his name in the transfer portal Tuesday after two seasons at UW in which he played only sparingly.

It's the first time since 2014 that the Badgers have been in the top 10 of the USCHO.com poll at the end of a season.

Cole Caufield was asked late in the University of Wisconsin men's hockey season which of his goals stood out as a favorite. His answer: "The n…

Emberson signed after three seasons as a physical defenseman with the Badgers.

Cole Caufield had four shots on goal in his first game for Montreal but had to take the ice for warmups without his helmet.

Verona native Tarek Baker is the first Madison-area product to be UW's captain since Adam Burish in the NCAA championship season of 2005-06.

The team said it will install contactless ordering at concession stands at Bob Suter's Capitol Ice Arena in Middleton and a mobile ticketing system.

"Having a job where you play a game and stop pucks, it's a privilege," Beydoun said. "I'm really lucky to be doing it."

The USA Hockey National Team Development Program forward plans to finish high school in three years and said his goal is to play for the Badgers starting in the 2022-23 season.

Bigger event on hold but Casting for Kids organizers hope to raise $100,000 for charities

Badgers associate head coach Mark Osiecki had big plans for his fishing outing and auction shelved by the pandemic in 2020.

Ceulemans and six other Badgers players or recruits were listed on the NHL Central Scouting final rankings for the July draft.

Watt tweeted that a Montreal-Toronto NHL playoff game "could use some Cole Caufield" and got his wish, then took a victory lap after Caufield's overtime assist Thursday.

Signed but not yet delivered: 2 Badgers men's hockey recruits pushed back to 2022

The Badgers roster for the 2021-22 season is nearly set but it won't include goaltender Noah Grannan or forward Robby Newton. 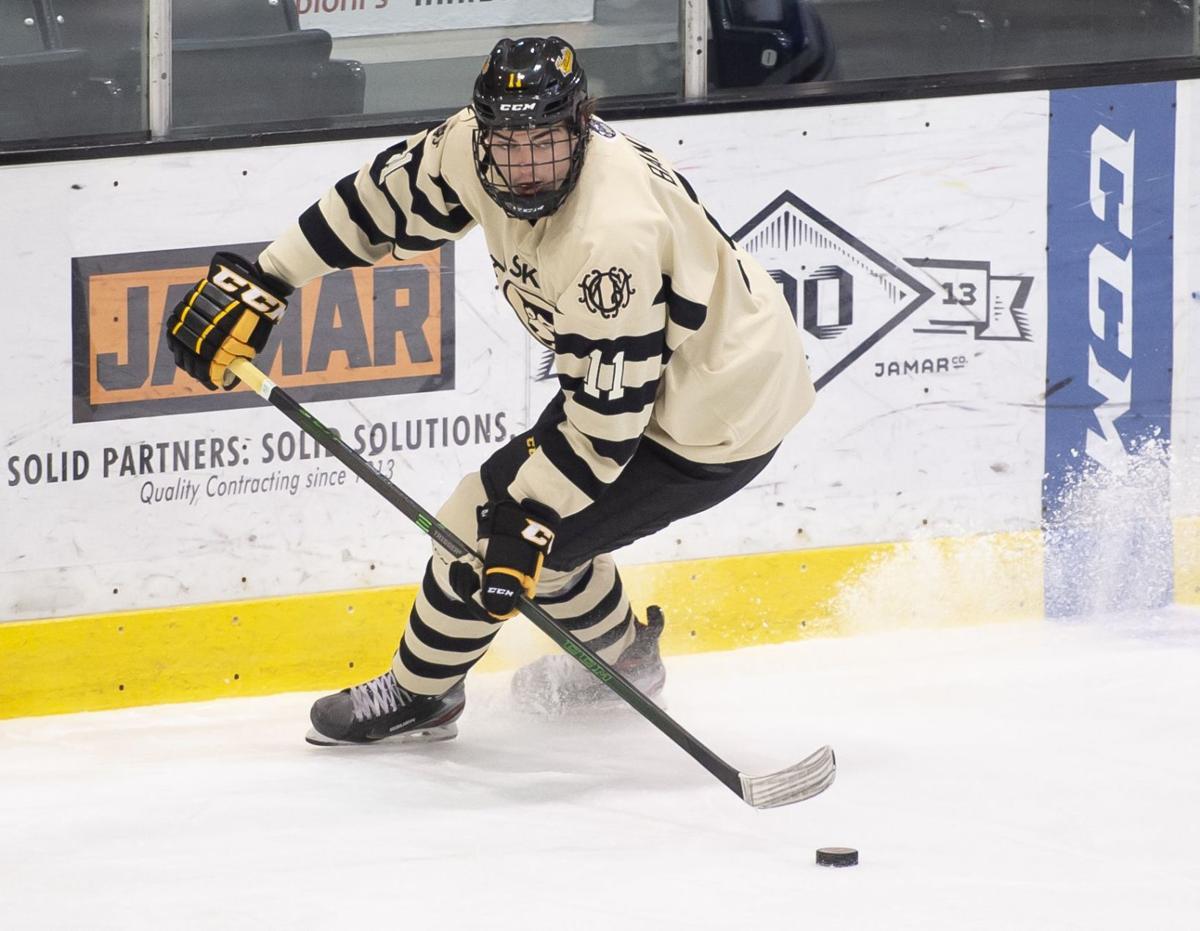 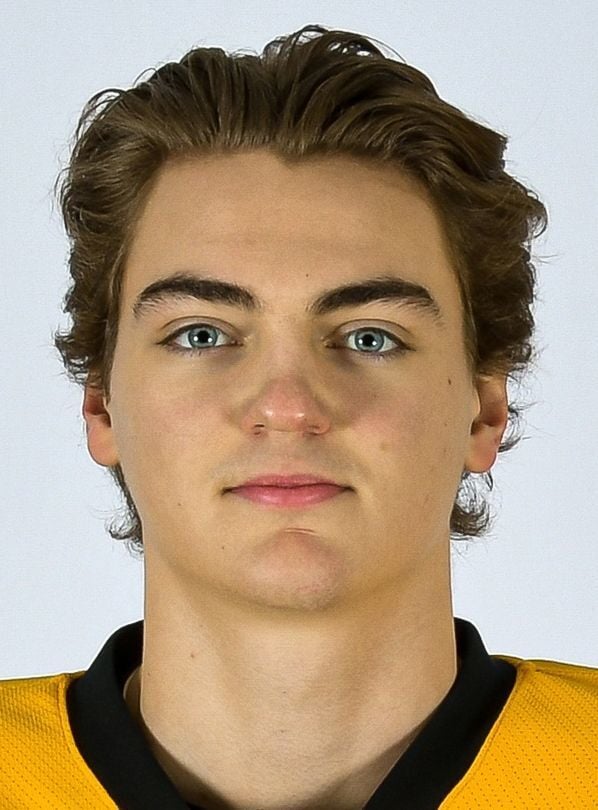