The Executive Committee of the University of Wisconsin Board of Regents will hold a teleconference Tuesday to approve contracts for new coaches to lead the UW men’s hockey and women’s basketball programs.

Tony Granato could be introduced as early as Wednesday as the fifth head coach in the modern history of the hockey program, succeeding Mike Eaves.

Jonathan Tsipis is expected to be announced later this week as the seventh coach, and the first man, to lead the women’s basketball program as it enters its 43rd season.

Both new coaches will face a similar challenge of reviving struggling programs.

Granato, a two-time second-team All-American during his UW playing career from 1983 to '87, is expected to surround himself with familiar faces, with his brother Don and Mark Osiecki joining his staff. Both are also former Badgers.

They will be taking over a program that has endured the two worst seasons since the program was restarted in 1963. The Badgers went 8-19-8 this season after bottoming out with a 4-26-5 mark in 2014-15.

Granato, 51, will be returning to his college roots after a long career as a player and coach in the National Hockey League.

He played for 13 seasons for the New York Rangers, Los Angeles Kings and San Jose Sharks. His career was nearly ended prematurely by a severe head injury in 1996, but he returned to the ice the following season with the Sharks. His comeback earned him the Bill Masterson Memorial Trophy, an award for the player who best exemplifies the qualities of perseverance, sportsmanship and dedication to hockey.

He retired as a player after the 2001 season and joined the Colorado Avalanche as an assistant coach the following season. He was promoted to head coach early that season and led the Avalanche to a 32-11-4-4 record and a division title. Colorado finished second with a 40-22-20 record in 2003-04 and was eliminated in the second round of the playoffs. He was replaced as head coach but agreed to stay on as an assistant, a position he held for three seasons before being promoted back to head coach after the 2008 season. He was fired after leading the Avalanche to a 32-45-5 mark in 2008-09. He had a 104-78-17-16 record as head coach.

Granato spent the next five seasons as an assistant with the Pittsburgh Penguins and has been with the Detroit Red Wings the past two seasons.

Like his predecessor, Granato was one of the best players in UW history. He ranks fourth on the all-time scoring list with 220 points and third in goals with 100 and was inducted into the UW Athletics Hall of Fame in 2000.

His brother Don followed him from their home in Downers Grove, Illinois, to UW, where he had 45 goals and 43 assists in his four-year career. After a brief run playing minor league hockey, he began a coaching career that would take him from the Green Bay Gamblers of the U.S. Hockey League to a couple stints as an assistant in the NHL.

Most recently Don Granato has been in charge of the U.S. National Team Development Program, based in Ann Arbor, Michigan, where he has mentored many of the top young prospects in the nation.

Osiecki was a teammate of Don Granato for three seasons at UW as a defenseman, producing six goals and 42 assists. After playing a couple years in the NHL, he spent seven seasons coaching the Green Bay Gamblers before joining Eaves’ staff in 2004. He served six seasons before moving on to Ohio State as head coach in 2010. Since being dismissed by the Buckeyes in 2013, he’s been an assistant with the Rockford IceHogs, the AHL affiliate of the Chicago Blackhawks.

While the new hockey staff will be trying to return a program that owns six national championships to its former glory, Tsipis faces the task of taking the women’s basketball program to new heights.

Tsipis, 43, will take over a program that has never won a Big Ten Conference title and has only won two NCAA tournament games in its history. He succeeds Bobbie Kelsey, who had a 47-100 (.320) overall record and a 19-65 (.226) Big Ten mark in her five years. The Badgers are coming off a 7-22 season, the third worst in program history.

Tsipis (SIP-iss) has some experience turning around a floundering program. After helping build Notre Dame into a national power in nine seasons as a top assistant, he took over a George Washington program that had gone 25-61 over the previous three seasons.

He led the Colonials to a 14-16 record his first season and took them to the WNIT the next season with a 23-11 mark. The past two seasons saw GW go a combined 55-11 with two Atlantic-10 championships and two NCAA tournament bids.

A North Carolina graduate, he began his coaching career as an undergraduate assistant under Hall of Fame coach Mike Krzyzewski at Duke in 1995-96. He spent six seasons as an assistant with the men’s programs at Cornell, Le Moyne and Elon, before joining the women’s staff at Notre Dame under another Hall of Fame coach, Muffet McGraw. He was promoted to associate head coach and recruiting coordinator in 2008.

Granato will be introduced as UW men's hockey coach at 12:30 p.m. Wednesday. Tsipis will be presented as women's basketball coach at 1 p.m. Thursday.

Badgers men's hockey: Tony Granato to be named coach, according to reports

Granato, a two-time second-team All-American as a player for the Badgers from 1983 to '87, will succeed Mike Eaves, who was fired on March 18 after 14 seasons.

Tsipis has spent the past four seasons at George Washington, where he compiled a 92-38 record, leading the Colonials to the Atlantic-10 Conference title and NCAA tournament bids the past two years. 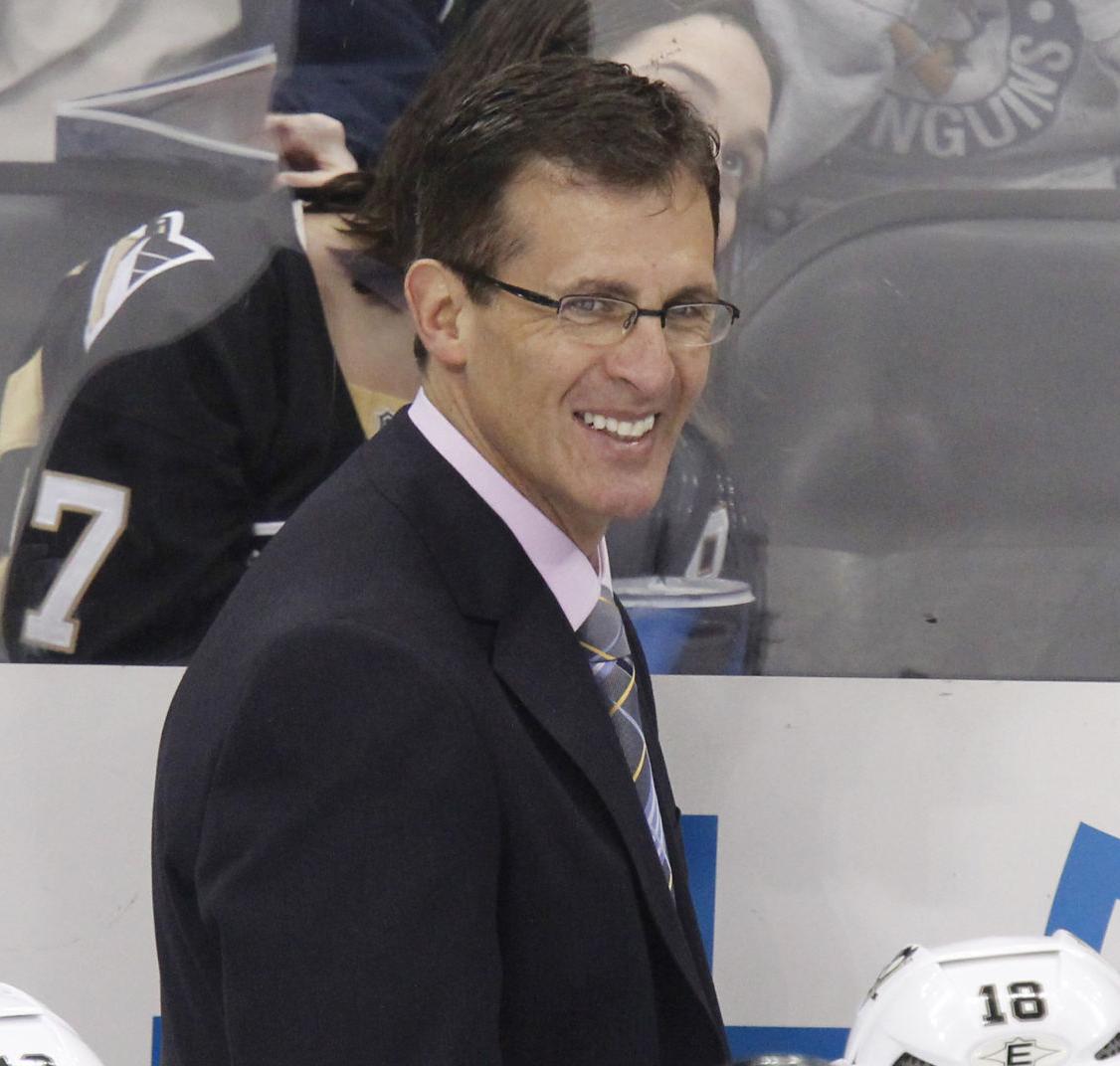 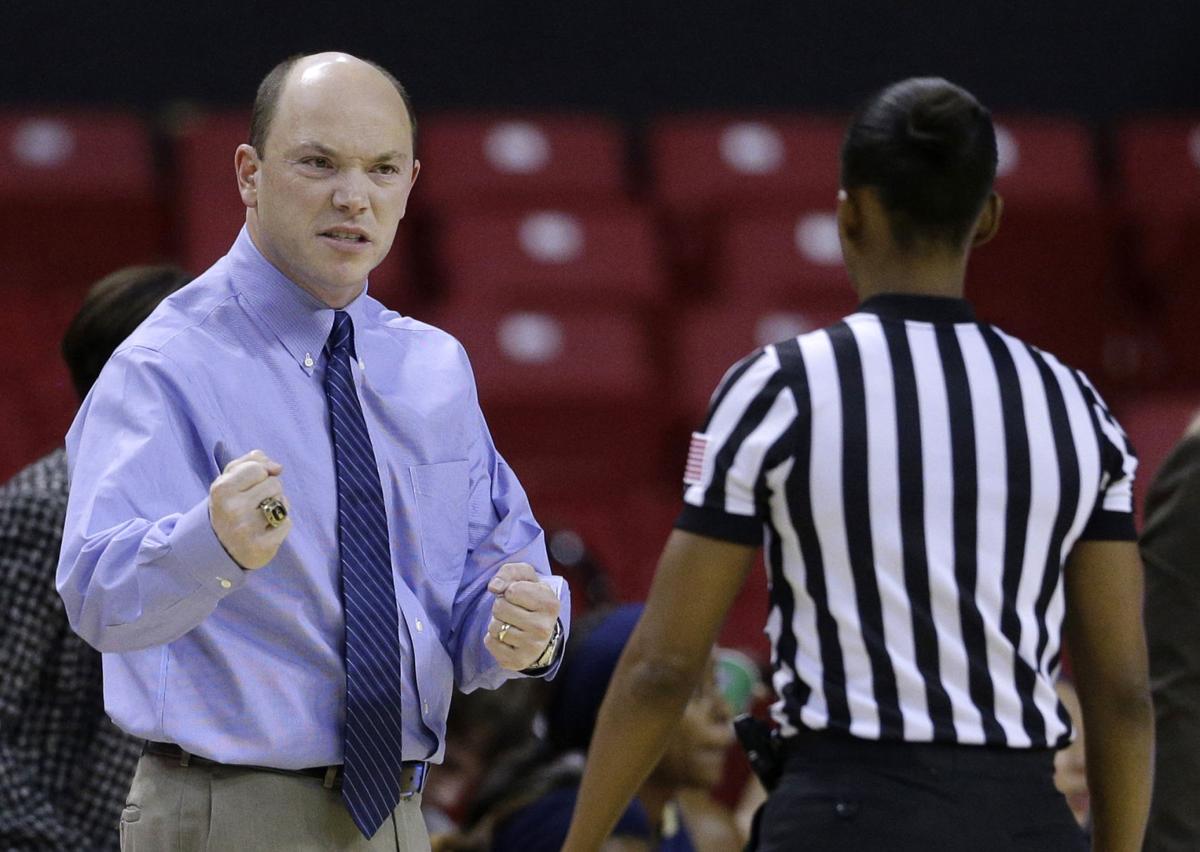