Saturday night at the Kohl Center Mark Johnson's number 1 jersey will be the first men's hockey jersey retired at the University of Wisconsin.

The song was the same for the University of Wisconsin men’s hockey team.

The Badgers saw a third-period lead slip away. They allowed a power-play goal to change the course of a game. And they saw a great chance to make a statement turn into another agonizing Friday loss.

Matt Miller’s goal with 9.5 seconds left in overtime gave No. 3 Ohio State a 2-1 victory over UW at the Kohl Center, sending the Badgers into last place in the Big Ten Conference with seven games to play.

All the trends continued for UW, which got a second-period goal from Mick Messner and 24 saves from Daniel Lebedeff.

“It’s been pretty consistent that we’ve been in a lot of positions to win games and close teams out and we haven’t been able to do it,” UW coach Tony Granato said. “So we’re not good enough yet to be able to do that. ... We’re running out of time if we want to make something of this season.”

Friday’s defeat happened when Miller snuck behind the Badgers’ defense to be wide open in front of the net. His backhand shot after a pass from Quinn Preston got past Lebedeff’s left arm, sending UW to its third overtime loss of the season.

Miller, a defenseman, recognized that, with time running out, he could take a chance in leaving his spot at the point because he wasn’t going to get beat back into his own zone if the puck turned over.

On the Badgers’ side, it just smarted.

“The feeling of the team is just frustration because we’re right there,” said Messner, who had Preston’s pass go between his stick and that of UW defenseman Wyatt Kalynuk on the overtime goal. “We know we can win those games, but we’ve got to finish a game.”

The first-place Buckeyes, who won their sixth straight, forced the extra session on John Wiitala’s power-play goal with 11:12 remaining.

It was the seventh straight game the Badgers allowed a power-play score, the first time that has happened since a stretch in February and March 2008.

“We had a chance to take control and dominate, and we didn’t take advantage,” Badgers senior alternate captain Seamus Malone said. “They won those close battles that got them the power play, and they capitalized on it.”

Already missing two of their top four scorers — Tanner Laczynski and Gustaf Westlund — due to injury, the Buckeyes (18-5-4, 11-3-3-2) lost a third for the final 44:27 when Dakota Joshua was ejected for making head contact on Kalynuk with his elbow.

UW didn’t get a shot on goal in 3:18 of the resulting man advantage. It recorded only one shot and attempted only seven in 7:18 on the power play. After going 0-for-3 on Friday, the Badgers are scoreless in their past 18 chances over six games.

“We could have pulled away from them, and certainly a couple of those power plays were situations where we would have liked to have executed better than we were able to,” Granato said.

The teams combined for eight shots on goal in the opening 20 minutes, five for UW. It was the lowest shots total for a period in a Badgers game since Nov. 25, 2011, when both UW and Mercyhurst had four in the first period.

UW led in shots 14-7 after two periods before Ohio State got 19 shots on goal in the third period and overtime combined for a 26-21 final margin.

Messner scored his sixth goal of the season and third in his past five contests in the second period to put UW ahead. Kalynuk’s shot hit bodies in front and bounced free to the left side of the net, where Messner poked it into an open net before goaltender Sean Romeo (20 saves) recovered.

Ohio State served up a chance for UW to take a 2-0 lead with 4:30 left in the middle frame, but Linus Weissbach missed the net on a 2-on-0 tap-in. That turned out to be a critical event.

“It’s kind of the way the season’s gone for us,” Granato said. “We’ve had opportunities at key points of games either to tie it or take the lead or put a team away, and we haven’t been able to.”

Ohio State scored in overtime to hand the Badgers a defeat in the opener of a Big Ten Conference series.

Saturday night at the Kohl Center Mark Johnson's number 1 jersey will be the first men's hockey jersey retired at the University of Wisconsin.

Buckeyes 4, Badgers 1: Wrapup and three stars from the Wisconsin men's hockey loss to No. 3 Ohio State

The Badgers and the Buckeyes finish a Big Ten Conference series at the Kohl Center.

He knew it was going to be an emotional night, but Mark Johnson said he was doing OK until his daughter Megan, away at school in Minnesota, ap…

Badgers forward Ty Pelton-Byce, sitting out this season after transferring from Harvard, will play for the U.S. in the World University Games, March 1-9 in Krasnoyarsk, Russia. 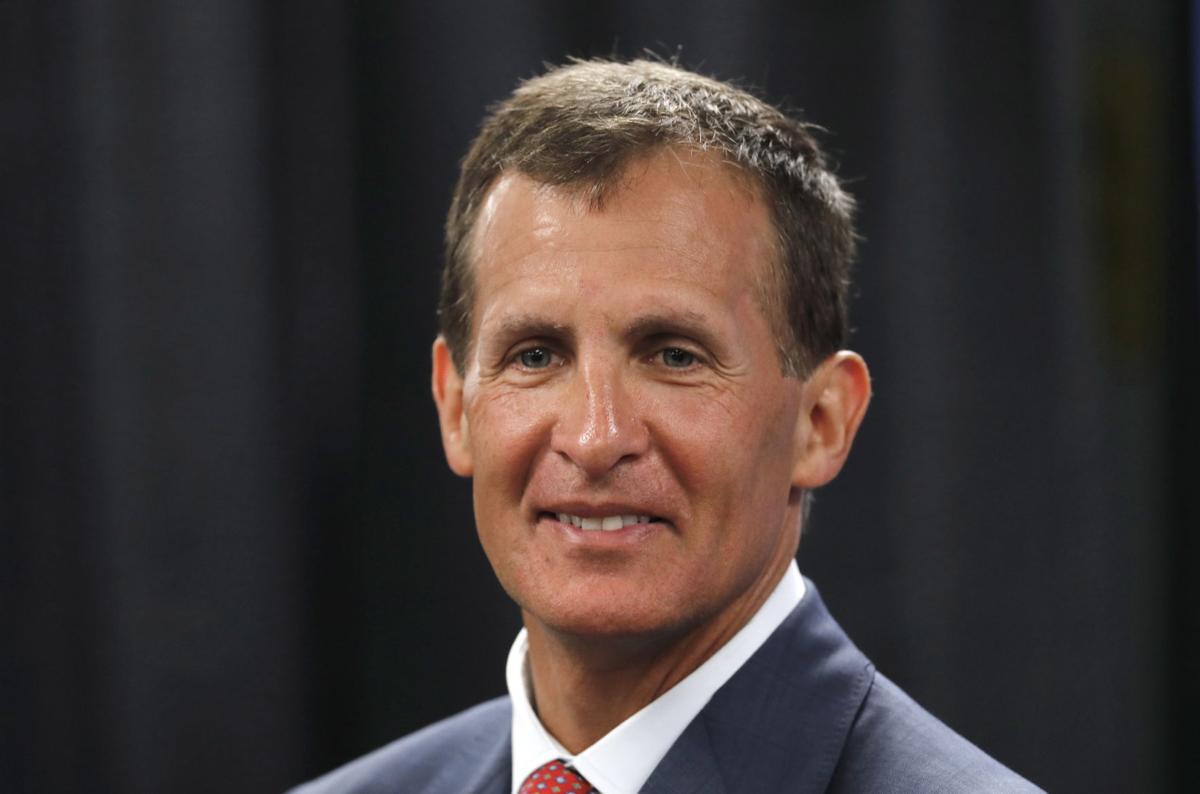 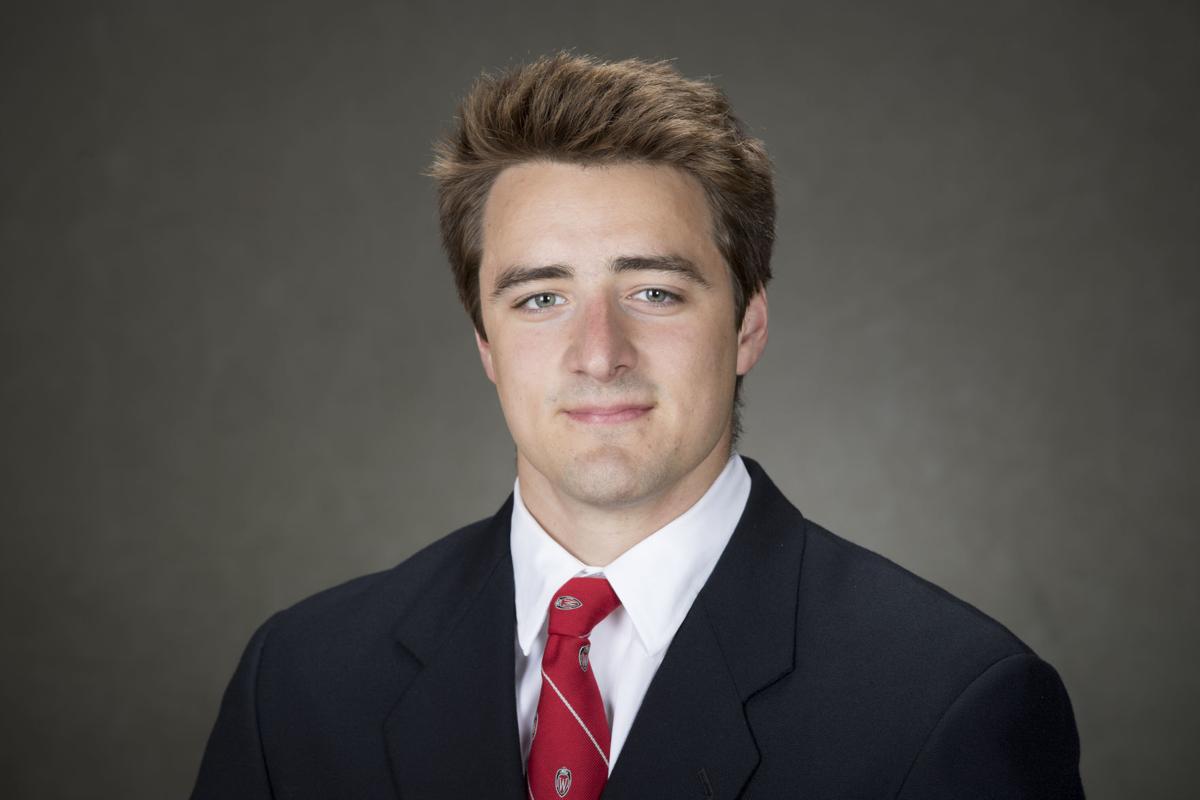