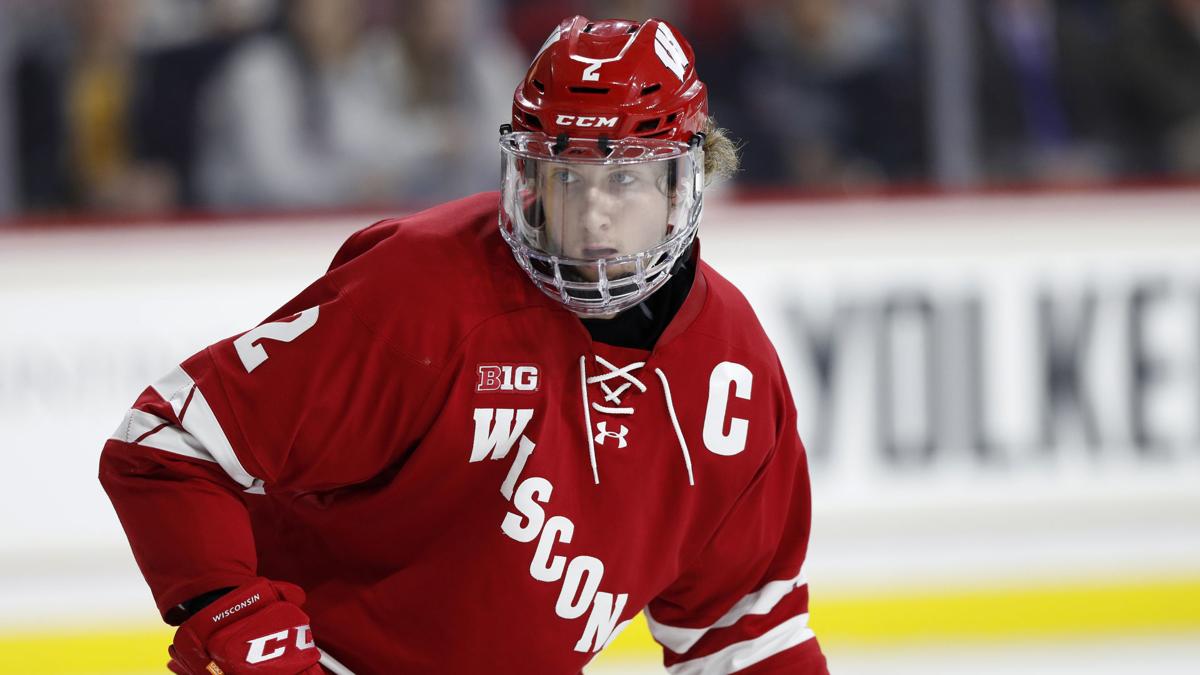 Wyatt Kalynuk will turn pro instead of returning to the Badgers for his senior season, coach Tony Granato said. 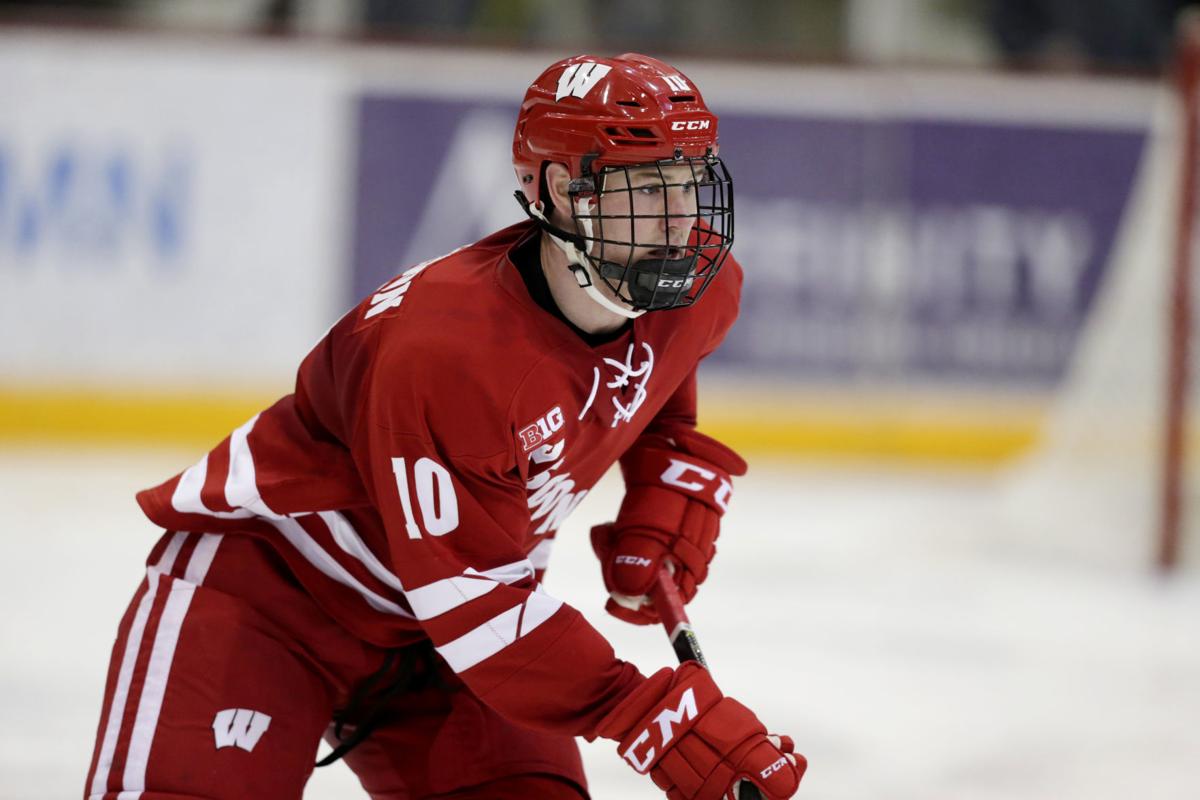 UW defenseman Ty Emberson had one goal and eight assists in 33 games last season. He was second on the team with 62 blocked shots.

As a new captain was named by the University of Wisconsin men’s hockey team Wednesday, the previous holder of the title moved on.

Ty Emberson will be the Badgers captain in the 2020-21 season, and defenseman Wyatt Kalynuk will leave to sign a professional contract with one year of eligibility remaining.

Emberson, a defenseman who’s played two seasons with the Badgers, will have three senior alternate captains with him in the leadership group: forwards Tarek Baker and Ty Pelton-Byce and defenseman Tyler Inamoto.

That Kalynuk wasn’t included in the group when it was announced was a red flag about his status with the Badgers for next season. The seventh-round pick of the NHL’s Philadelphia Flyers in 2017 hasn’t publicly addressed his plans; on Wednesday, he declined comment through a UW spokesperson.

In Madison for the offseason, Badgers men's hockey captain Wyatt Kalynuk does what comes naturally: golf

But Badgers coach Tony Granato said that Kalynuk, a first-team All-Big Ten Conference selection in 2019-20, is planning on signing professionally.

“I’m all for doing what players think is right for them,” Granato said. “At this point, Wyatt thinks right now it’s better for him to turn pro, and I support that.

“As much as we’d like to have him back here, part of college hockey and part of recruiting great players is the fact that you understand that, unfortunately, sometimes they are ready before their four years expire.”

Kalynuk, 23, is the third player from the 2019-20 Badgers roster to leave for the pros with eligibility remaining. Center Alex Turcotte and defenseman K’Andre Miller signed with Los Angeles and the New York Rangers, respectively.

In three seasons with the Badgers, Kalynuk directed the power play and used his skating ability to close down opposing players. He had 19 goals and 78 points in 110 collegiate games.

He turned down an offer to sign with Philadelphia last summer after being a second-team All-Big Ten pick as a sophomore.

Without Kalynuk, the Badgers are expected to have eight defensemen on their roster next season. Emberson, Inamoto, Josh Ess, Mike Vorlicky, Jesper Peltonen and Shay Donovan are returning. Anthony Kehrer and Luke LaMaster are due to join the team as freshmen.

Emberson, a hard-hitting player from Eau Claire who was a third-round draft pick of the Arizona Coyotes in 2018, will lead the group as captain after he was elevated to an alternate captain position last February.

“I’ve learned just being in Madison the past couple of years how important it is to represent the Badger family with pride and honor,” Emberson said. “Being able to join that group (of UW captains) is pretty special for me.”

Emberson has scored five goals and 21 points in 70 career games with the Badgers. He has been a physical presence in his own zone but also has been called upon occasionally for power-play duties as a right-handed shot.

Granato said the UW staff originally considered making Emberson one of the captains before last season.

“He’s honest on his evaluation of himself and others,” Granato said. “I think he’s gained a ton of confidence. Right when he got here, we looked at each other as coaches and said, this guy’s got a ‘C’ written all over him at some point.”

Kalynuk joined forward Sean Dhooghe as members of the 2019-20 on-ice leadership group who have left the team. Dhooghe, who didn’t return to the Badgers lineup late in the season even after he was fit to play, announced he will transfer to Arizona State for his final season of eligibility.

Baker, from Verona, also was an alternate captain last season, when the Badgers finished last in the Big Ten and 14-20-2 overall.

Pelton-Byce, a Madison native who transferred from Harvard and became eligible last season, will be the second member of his family to wear a letter on his Badgers sweater. His father, John Byce, was an alternate captain in 1988-89 and 1989-90.

The NCAA on Wednesday extended a recruiting dead period through July 31 that bans in-person recruiting on- and off-campus for all sports.

No-shows — the percentage of tickets that were distributed but unused — have been trending higher over the 14 seasons covered by available data.

Wyatt Kalynuk will turn pro instead of returning to the Badgers for his senior season, coach Tony Granato said. 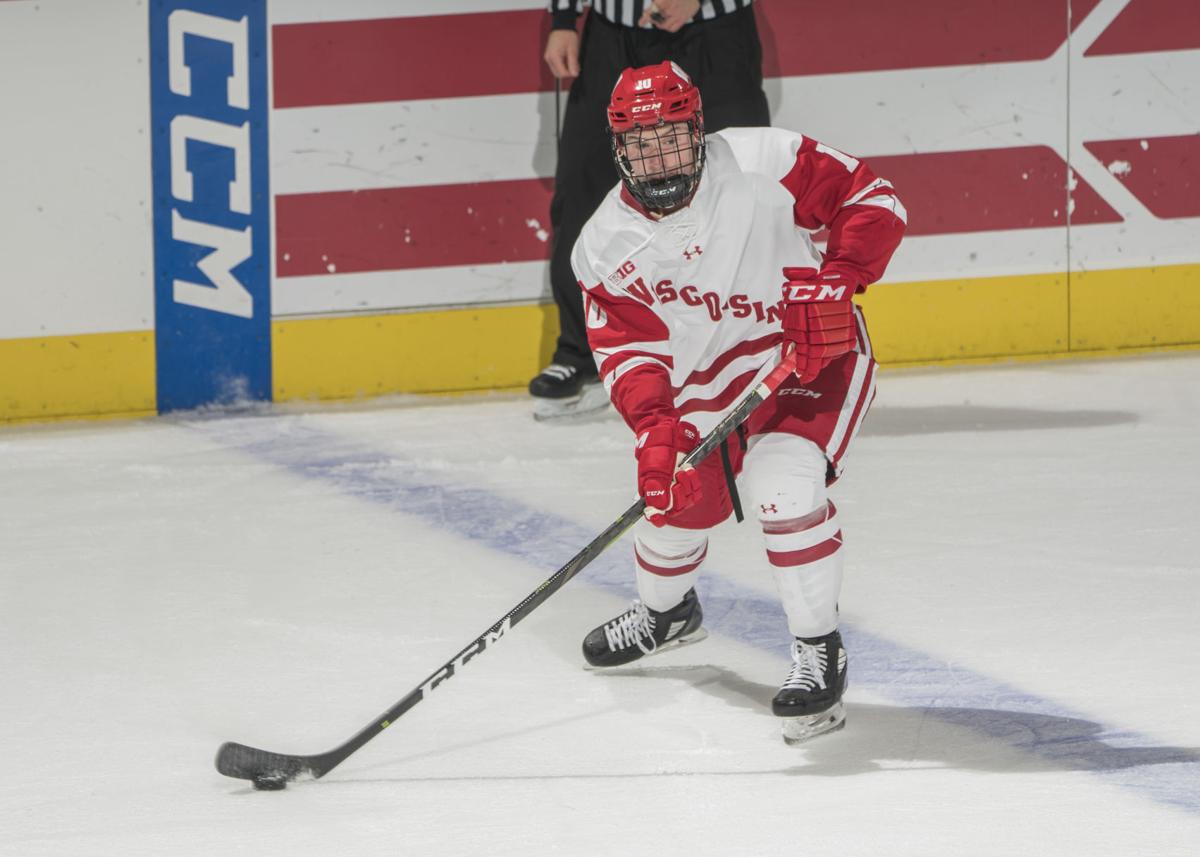 UW defenseman Ty Emberson had one goal and eight assists in 33 games last season. He was second on the team with 62 blocked shots. 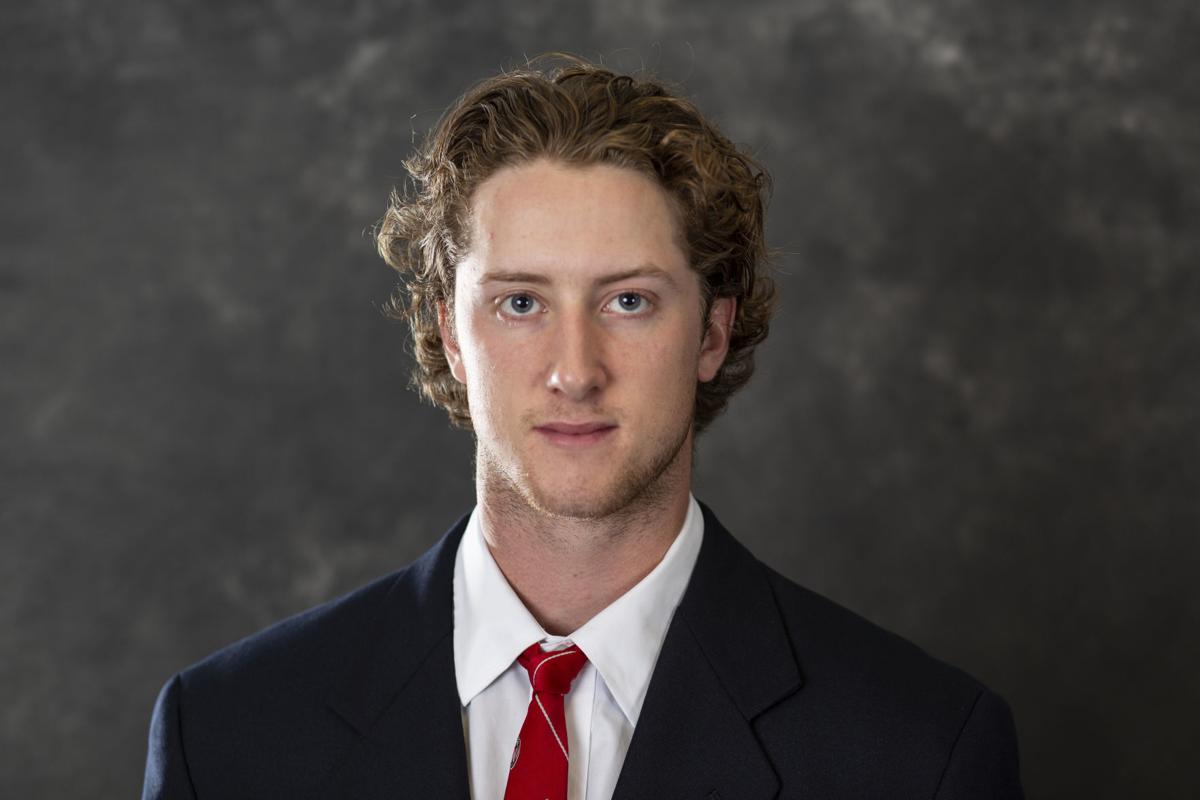