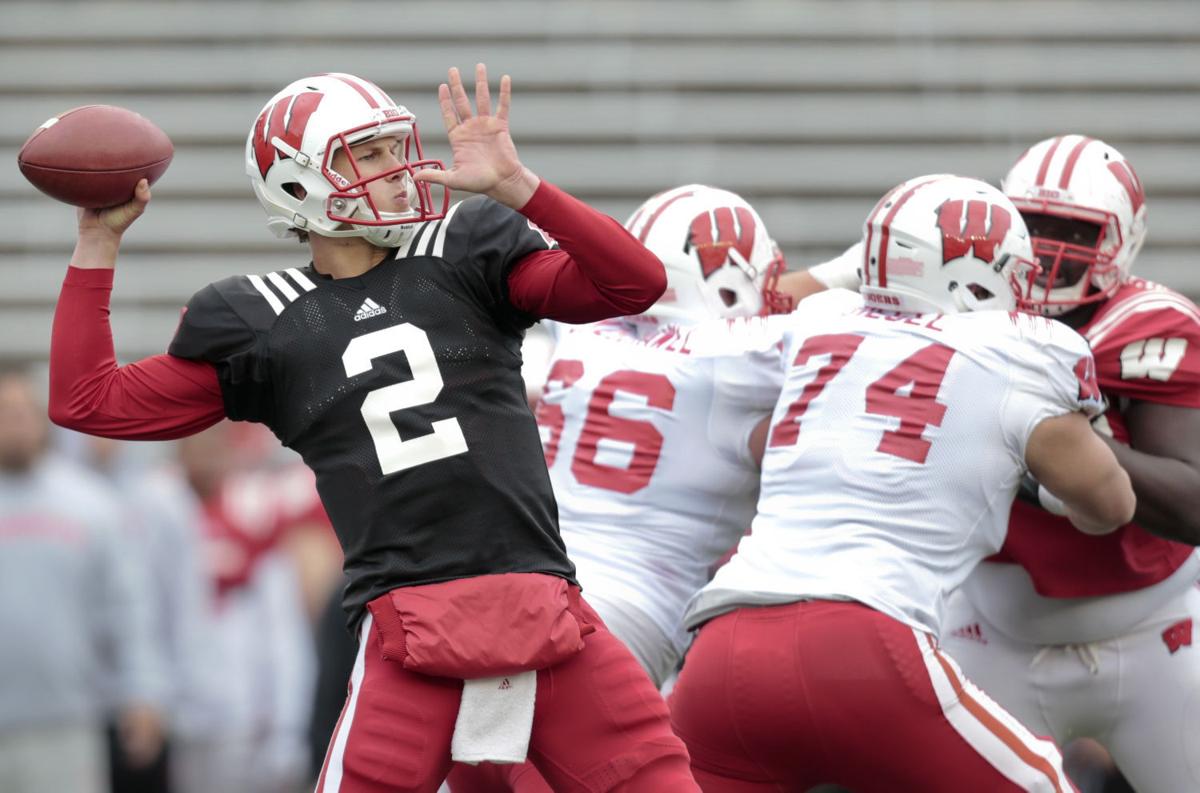 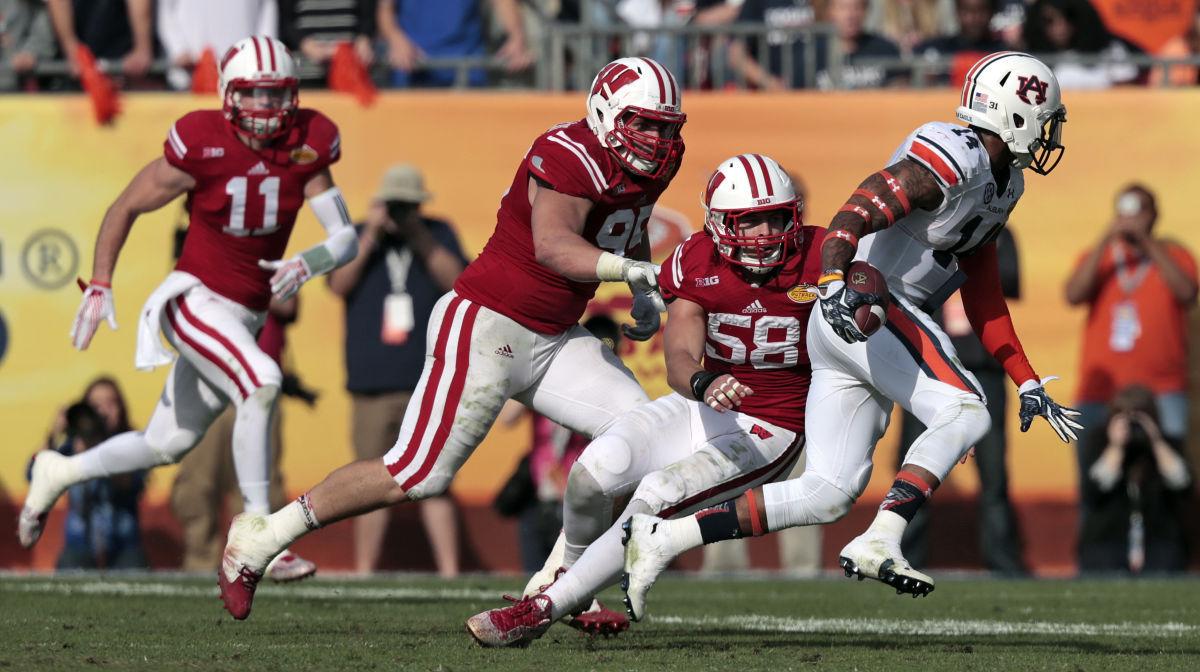 Despite a coaching change, things should pretty much be business as usual for the University of Wisconsin football team this season.

Despite that continuity, there will be plenty of personnel matters for the Badgers to sort through when fall camp opens Monday. Here are 10 of the most important:

For the first time, Stave isn’t involved in a quarterback competition, which means the senior can use August to hone his timing and decision-making. The combination of Chryst’s quarterback-friendly system, the experience he’s gotten from 28 starts and the confidence he’s gained from making clutch throws in several late-season victories gives Stave a fighting chance to become the efficient, consistent quarterback UW needs.

Alex Erickson is set at one spot after a 55-catch, 772-yard season, but UW needs a reliable threat or two to emerge from the six-pack of Jordan Fredrick, Robert Wheelwright, Reggie Love, Jazz Peavy, George Rushing and Krenwick Sanders. Last season, they combined for just 21 catches, including 13 by Fredrick, who is known more for his blocking than his receiving. Stave said Wheelwright, Love and Peavy showed signs during spring practice of being breakout players. If they aren’t, Tanner McEvoy might have to slide over from safety.

Troy Fumagalli looks like Sam Arneson’s replacement as the top target at tight end, but Chryst’s offense needs multiple receiving threats at the position. Austin Traylor has been used mostly as a blocker in the past but flashed some receiving ability during spring ball. The door appears to be open for true freshman Kyle Penniston, who showed receiving skills in the spring. And don’t forget fullback Derek Watt, who could be used at both positions.

With 1,496 yards, 16 touchdowns and a 7.0 average per carry in his first two seasons, Clement is a worthy successor to Heisman Trophy runner-up Melvin Gordon. But UW has had success with a two-tailback system in recent years and the failure of touted freshman Jordan Stevenson to get into school muddied the picture behind Clement. Dare Ogunbowale flashed some moves after being switched from defense but remains raw. Freshmen Taiwan Deal, Caleb Kinlaw and Bradrick Shaw also will be in the mix. Deal came on strong late in the spring.

Tackle Tyler Marz and center Dan Voltz were among the Big Ten’s best last season, guard Ray Ball was physical when pressed into duty late and redshirt freshman guard Michael Dieter could have played if needed. After that, all bets are off for a unit that has maintained its excellence despite a revolving door of line coaches. Hayden Biegel inherits Rob Havenstein’s spot at right tackle, though he’s being pushed by Beau Benzschawel. New line coach Joe Rudolph is looking for backups across the line and freshmen might fill most of those roles, a rarity for UW.

The Badgers haven’t had a true difference-maker on the line since J.J. Watt in 2010. Redshirt sophomore ends Chikwe Obasih and Alec James were recruited to fill that void, but so far they’ve only hinted at their potential. The emergence of Conor Sheehy at nose guard allowed the coaches to move Arthur Goldberg to end, where his explosiveness could be more of a factor. Senior James Adeyanju and freshman Billy Hirschfeld also made some plays at end in the spring.

Derek Landisch and Marcus Trotter were rock-solid as seniors, but their replacements — junior Leon Jacobs and redshirt freshman T.J. Edwards — could give the interior of the defense more athleticism than it has ever had. First they’ll first have to be assignment-sure, which wasn’t always the case in the spring. UW is expected to add Kellen Jones, a graduate transfer from Clemson, to provide depth inside.

The former quarterback has been impressive when taking occasional snaps at safety the past two seasons. Now he’ll play full-time next to All-Big Ten safety Michael Caputo — unless he’s needed at wide receiver, that is. Still, McEvoy’s length and range in the deep middle should allow the versatile Caputo to line up anywhere on the field.

As in the NFL, the nickel cornerback has virtually become a starter in college football. Devin Gaulden, who played well there last season, departed for Wake Forest as a graduate transfer, leaving reed-thin Derrick Tindal at the spot. The game wasn’t too big for Tindal as a true freshman, but he’ll need to step it up.

Meyer had a fine freshman season, then struggled the past two years, a slump that coincided with a coaching change. Gary Andersen’s staff asked him to use Aussie, rugby and pooch-style punts more frequently, which contributed to some poor punts when he did kick away. UW needs Meyer to find his groove again.

Badgers football: Paul Chryst works on game plan for communication off the field

Paul Chryst was a picture of comfort on the morning of the final day of July, his legs stretched out as he sat in a booth at the Hyatt Regency…

Linebacker Vince Biegel says players are developing a better understanding of how all the pieces of the defensive coordinator's system fit together.

McEvoy took first-team reps alongside Alex Erickson and caught two deep balls from QB Joel Stave during 7-on-7 drills on the first day of fall camp.

Offensive coordinator Joe Rudolph says center Dan Voltz and left tackle Tyler Marz are the only players that have earned a starting spot.

Slideshow: The most-read stories of August

CHICAGO — Every college has one, an athlete who plays a prominent role for so long that opposing players and fans think he’s been there for ei…

The Cornhuskers' new coach gave Chryst his first full-time coaching job with the San Antonio Riders of the World League of American Football in 1991.

CHICAGO — Big Ten commissioner Jim Delany says the conference’s football teams have a plan to beef up their schedules.