A collection of the most interesting quotes and thoughts from Badgers players and coaches during spring practices.

The University of Wisconsin secondary will be without a player defensive coordinator Jim Leonhard was high on this spring.

Redshirt sophomore Titus Toler was not on the Badgers’ 2021 roster, released Wednesday, due to a number of injuries that limited him to two games last season and held him out of spring practices open to reporters. He played against Illinois and Michigan last season, with his highlight play being an interception late in the 45-7 win against the Illini.

A UW official said Toler is still a student at the university and is applying for a medical exemption to retain his season of eligibility.

Leonhard, who coaches UW’s safeties, said Toler had rare physical traits and position flexibility the defensive coordinator was excited to put to use this fall.

“Titus has worked at nickel for us as well, so we feel like he has some coverage, some corner ability,” Leonhard said in March. “To me, it's flexibility. I love having flexibility. You look a couple years ago with like a Natrell Jamerson, who really was more a corner by trade with kind of freakish physical traits, too good to not have a huge role. And these guys (Toler and Travian Blaylock) are — I’m not going to say they're ‘Jam’ at this point — but from a physical standpoint, they can do things a little bit differently than some guys that are just true safeties, so I'm excited to battle them.” 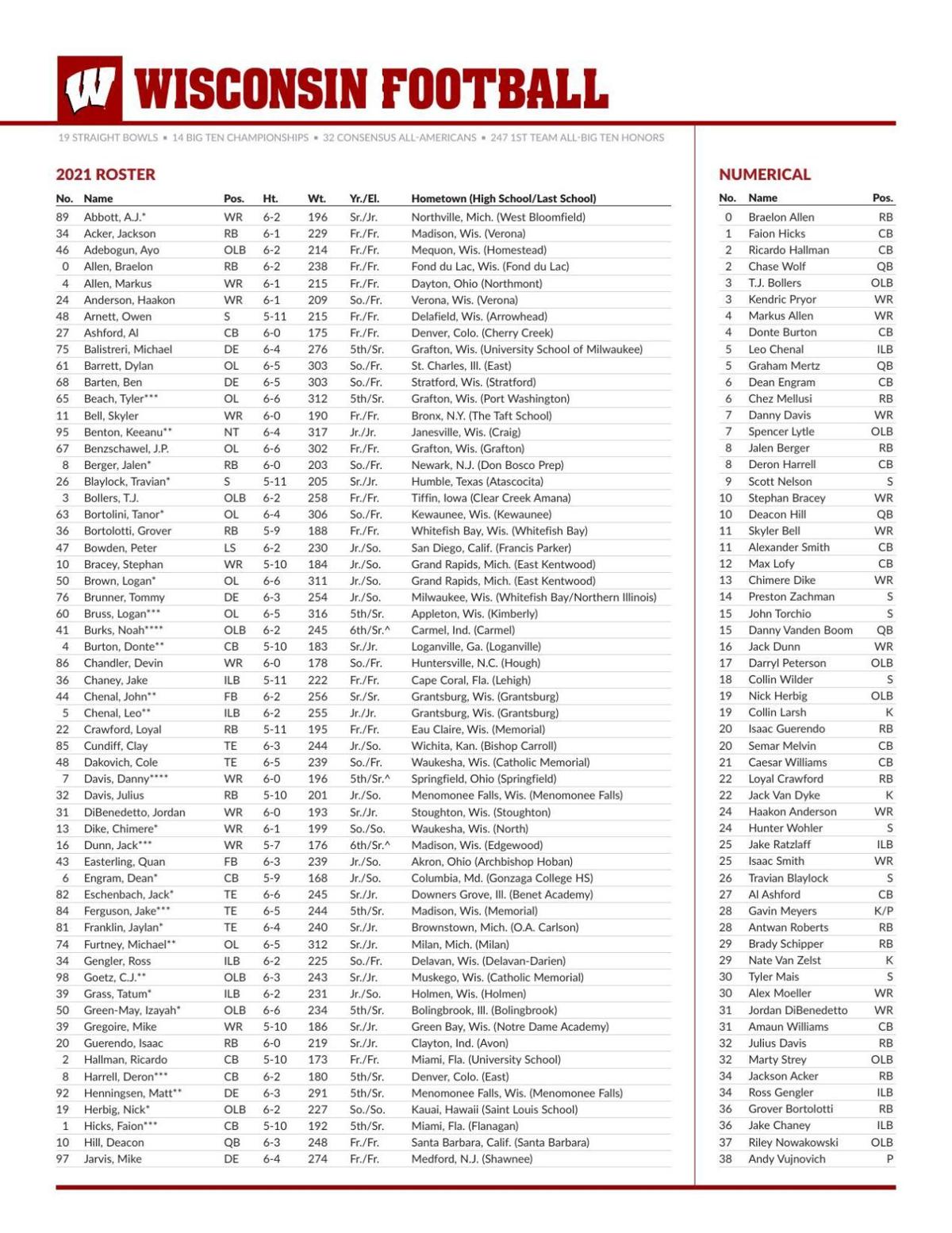 Cooper Nelson, a walk-on wide receiver from Sun Prairie, is also not on the fall roster.

A collection of the most interesting quotes and thoughts from Badgers players and coaches during spring practices.

3 stats that could define the Wisconsin Badgers football season

Dive into key metrics from Pro Football Focus that UW needs to improve this season.