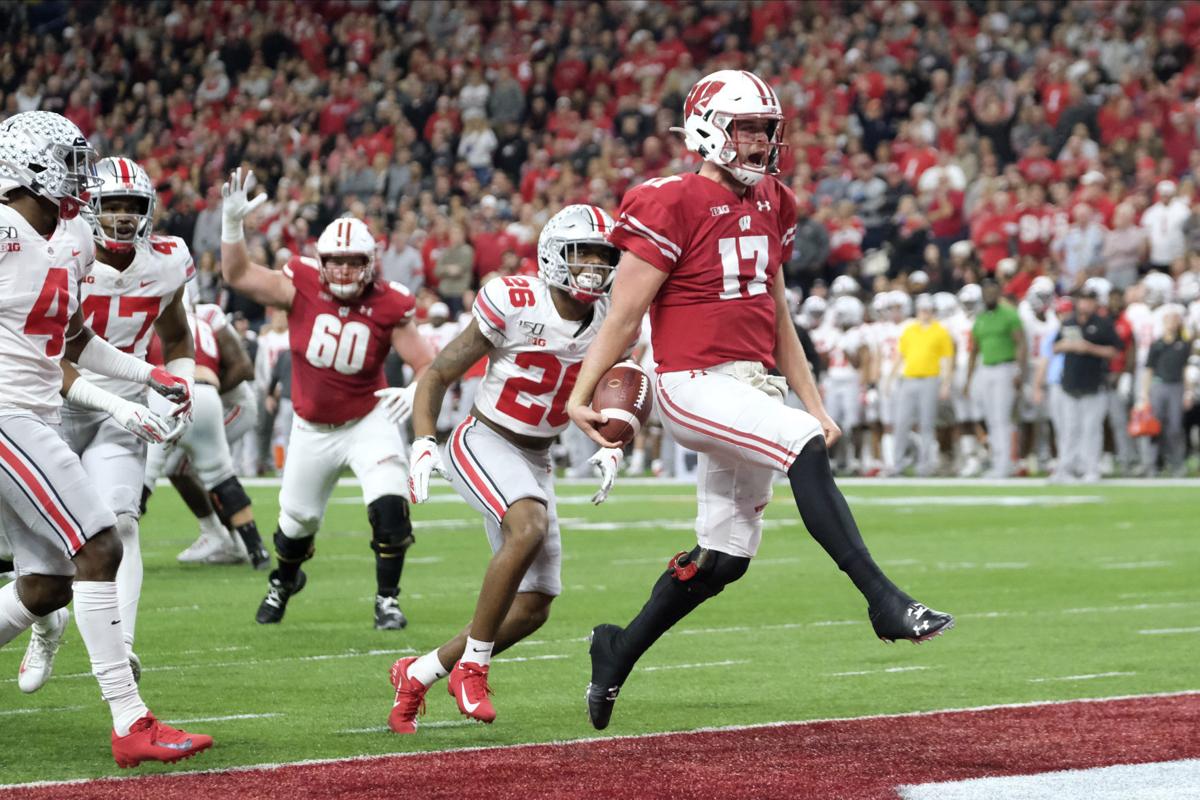 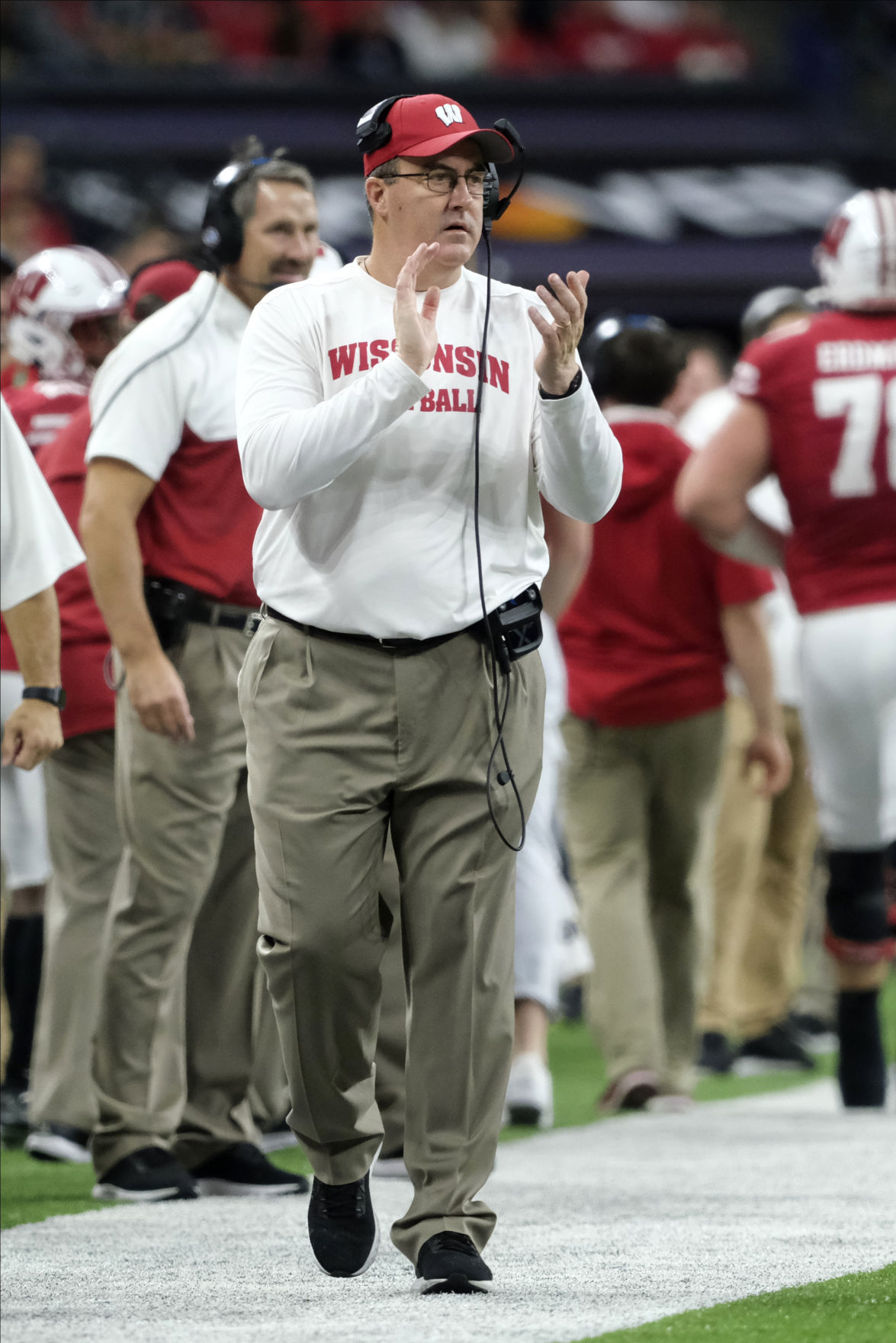 The University of Wisconsin football team was left with more questions than answers as it was digesting what happened Saturday night.

The Badgers landed big blows early against Ohio State at Indianapolis’ Lucas Oil Field, taking a 21-7 lead into halftime of the Big Ten Championship Game. But injuries depleted the defense, and the offense ran out of gas — the Buckeyes scored 27 unanswered points in the second half to come away with a 34-21 win and claim their third consecutive conference title.

That left the Badgers wondering a few things:

What went wrong after halftime? Why couldn’t they find the same level of success moving the ball?

They’ll break down the tape and try to figure those answers out for themselves, but they got the answer to the biggest question on their mind Sunday afternoon — the Badgers are Rose Bowl bound.

UW stayed at No. 8 in the final College Football Playoff rankings, good enough to earn the Big Ten’s bid to the Rose Bowl, where the team will take on No. 6 Oregon. The game is a rematch of the 2012 Rose Bowl, when the Russell Wilson-led Badgers fell to the Ducks 45-38.

“It was late at night when you start thinking about what was going to happen next. We’re thrilled,” said UW coach Paul Chryst, who had just landed after a flight when he learned the Badgers were in the Rose Bowl. “Playing against Oregon, that’s a big deal.”

The Badgers kept their No. 8 ranking despite losing to the Buckeyes and stayed two spots ahead of No. 10 Penn State, which was crucial to getting the Rose Bowl bid over the two-loss Nittany Lions.

A key piece to the Badgers’ resume that gave them an edge was the teams’ outcomes at No. 18 Minnesota. The Gophers took down Penn State 31-26 on Nov. 9, while the Badgers throttled Minnesota 38-17 in the final week of the regular season.

Oregon’s season has mirrored UW’s — a loss against a powerhouse and an inexplicable defeat at the hands of a lesser opponent marred what was an impressive year.

Oregon played now-No. 12 Auburn at AT&T Stadium in Arlington, Texas, in Week 1 and fell in a 27-21 thriller. The Ducks led 14-3 in the first quarter and 21-6 in the third, but Auburn stormed back and took the lead for good with 9 seconds left in the game.

“Our seniors have gone through a 4-8 season their first season here. They felt they had a special group and thought they could accomplish a special season, so all the credit in the world to them for rounding everybody up and staying focused, staying the course,” Oregon coach Mario Cristobal said.

Oregon won its next nine games, and looked poised to set up a Pac-12 Championship showdown against one-loss Utah, with the winner going to the College Football Playoff. But a slow start to its Nov. 23 game at Arizona State turned into a nightmare as the Sun Devils built a 24-7 lead in the fourth quarter, added onto it, and held off the Ducks’ comeback to win 31-28. The loss essentially eliminated Oregon from College Football Playoff contention, even after handling the Utes in the conference title game.

The Badgers have a similar narrative to their season, as a midyear loss to Illinois derailed a hot start and a blowout loss at Ohio State the next week pushed the season to the brink.

Oregon doesn’t have the high-flying offense it had under coach Chip Kelly when it played UW in 2012, but quarterback Justin Herbert is one of the top NFL prospects at his position. He surprised many by returning to Oregon for his senior season despite being a desired NFL draft target after last year.

Herbert’s had his best collegiate season, completing 66.7% of his passes for 3,333 yards, 32 touchdowns and just five interceptions.

Now that the Badgers have questions regarding their next opponent answered, they can focus on getting healthy while they prepare for the bowl game.

Senior linebacker Chris Orr — the defense’s “heart and soul,” according to fellow senior Zack Baun — suffered what UW called a “potential head injury” on a hit of Ohio State’s J.K. Dobbins early in the second quarter. He didn’t return to the game, but tweeted on Sunday, “I appreciate the overflow of LOVE & SUPPORT! We’re good and I’m good! Love my dawgs and all of Badger Nation!”

While the College Football Playoff has taken some of the importance off the Rose Bowl in terms of determining a national champion each season, UW players appreciate the game’s legacy and their chance to add to the program’s history in the game.

“Obviously, you see the history around this building, and you see the Rose Bowl teams coming back to this place,” junior quarterback Jack Coan said. “To think that that could be us coming back a few years from now would be amazing.”

Taylor has 1,909 rushing yards (6.4-yard average) with 21 touchdowns. He also has five TDs on 24 receptions and leads the nation with 26 total touchdowns.

Jack Nelson and Trey Wedig were the first two commitments and two of the highlights of the 2020 recruiting class. That class, which has 17 oral commitments, is expected to sign on Wednesday.