Badgers football players felt much like many Badgers fans over the past five weeks:

Confused, frustrated, and hopeless at times, followed by more confusion, finally ending with happiness that the University of Wisconsin will be able to play football this fall amid the COVID-19 pandemic.

The Big Ten Conference’s announcement of the football season returning Oct. 23-24 was a welcome one for Badgers players, three of whom took part in a Zoom news conference Friday. While they know the road to kickoff is dicey, they said they feel confident in the medical protocols laid out by the conference.

“Nobody knows (what will happen), but all I know is we get an opportunity,” senior safety Eric Burrell said. “I think we’ve figured out safe protocols to do so … but you’ve got to take it day-by-day.”

The UW football team was under a two-week pause due to positive COVID-19 tests — Public Health Madison and Dane County reported that 42 Badgers players and staff members have tested positive since June. According to a UW official, the program has received a "clearer picture" of their test results and necessary contact tracing, and its medical staff determined players who weren't affected could return to UW facilities to participate in weight lifting and physically distanced conditioning workouts.

The team will take some time to ramp up activities into fully padded practices, coach Paul Chryst said in a radio interview Thursday.

The Big Ten’s daily testing protocols begin Sept. 30 at the latest, which multiple conference coaches said will be their target date for fully padded practices, a milestone teams didn’t reach in early August before the season was postponed.

Senior defensive end Isaiahh Loudermilk said he recognizes the amount of time and effort that went into the conference’s medical protocols, which include stringent cardiac screening of those who test positive for the virus. He believes the players will be safe and make smart decisions, knowing the season hangs in the balance.

“We’ve got to create our own bubble, kind of isolate ourselves from the outside world,” Loudermilk said.

As talks at the Big Ten regarding putting the season on this fall heated up, UW players said they did their best to block out the rumors. “I don’t ever believe anything that gets posted on (Twitter),” Loudermilk said.

Watching other college football teams play the past two weekends was difficult, players said. Loudermilk turned the games off quickly and senior quarterback Jack Coan said it was “bittersweet” to see others play while he and his teammates continued to wait.

“My friends that I grew up with, they’re playing and I’m communicating with them like, ‘Man, what protocol are y’all doing?’” Burrell said.

Now that the season is back on, Burrell said he’s itching to get together with new teammates when the Badgers are able. Weight lifting sessions have been done in small groups throughout the summer and fall, and meetings have been virtual, so Burrell, a team captain, hasn’t had much in-person exposure to the newest batch of Badgers.

They’ll be thrown into the fire, asked to get ready to play a season in a modified preseason.

“When we get into fall camp and into the locker room, I definitely will try my best to build a relationship. But the time is very limited,” Burrell said. “You’ve just got to go out there and hopefully they come along.”

UW is one of the few Big Ten teams which hasn’t had a player opt out of the season due to COVID-19. Some of those players, like Minnesota’s Rashod Bateman, are trying to get clearance to come back to the team now that a season is slated for this fall.

Coan, who said at one point he didn’t have hope the season would return this fall, credited the team’s atmosphere and its ability to stick together through challenges for not losing players to opt-outs.

“It’s just a testament to the guys on this team, the guys our coaches recruit, and the guys that our coaches develop. I think we’ve created a great culture in Wisconsin football, just a bunch of a great guys that love the game and want to play no matter what,” Coan said.

Much is to be done before Big Ten football kicks off, including the announcement of the league’s schedule, which leaders said Wednesday would be later in the week. But the Badgers believe they have a chance for a “special season.”

“You can just tell, being around guys,” Loudermilk said. “Before everything (with COVID-19) happened, we had a chance to have our team together a little bit. We know what pieces we have, we know what pieces are being added, some new faces coming in. Being around those guys, seeing their mentality, who they are, we have a good bond now.

“I’ve just got a great feeling about it.”

Badgers fans weigh in on return of Big Ten football

Dancing up a storm

Sure, they can. Not sure if they will change their minds, but the only thing that would make them ineligible is if they signed with an agent or something like that.

This is a terrible idea that's putting hundreds if not thousands of students, coaches, trainers, and assistants at risk. How can they justify it when cases are spiking in nearly every B1G college town?

Still work to do

That's my birthday, that first game. They need me in the stands because they've never lost when I've attended a game on my birthday. Take Ohio State, for instance. Opening Kickoff return game. Once have my field pass, I'll tell you what I think of the resumption of UW football.

Put to the test

Glad our team gets a chance to compete. Medical details seem well thought out. I’d rather have them monitored daily than not playing, get COVID and don’t know it and have issues next year from an undiagnosed heart condition.

Happy for the players and coaches who want to play. Very concerned that this is going to blow up. UW is quarantining dorms. Not sure how this will be any different.

I hope all possibilities have been considered and precaution is on high alert. The odds of this to successfully run start to finish is long and players health and safety should be priority #1!

It seems like the rest of the sports world is managing their way through things, it’s not perfect, but if HS and Pro’s are doing it, so can college football.

We have a long way to go before football is played in the B10. Only takes 5% of the 106 person roster to shut it down, thats a small number.

Just parents and coaches in the stands anyways so may as well enjoy the games in TV, etc. 😷

They caved under the pressure. I thought they made the right decision to postpone. Don't get me wrong I'm psyched to watch football I just thought the health concerns were valid.

Was inevitable when other conferences started playing. Cannot cede any ground if you’re the big 10 brass.

Pad them up or recruits will go south.

At least the students won't be late to games.

I hope this bodes well for basketball.

Back to the grind

I hope everyone stays safe and healthy

Along for the ride

Something to smile about

And I just can't hide it

With the 2020 NFL regular season now in full swing, here's a look at some notable performances from former Wisconsin Badgers players in Week 1.

UW's three-star recruit from Colorado has skills, confidence to excel as a cornerback.

Allen, who orally committed to the Badgers in July, is a consensus four-star recruit, which gives the Badgers a seventh four-star-or-better recruit in the 2021 class.

Paul Chryst, who was part of the football scheduling committee in the return-to-competition effort, said his focus has turned to preparing the Badgers for the season.

Other than football, Big Ten fall sports appear to be on track for spring

Athletic director Barry Alvarez said Wednesday that, while no firm decisions had been made, he didn't see Badgers volleyball, soccer and cross country teams returning to a fall schedule.

Beginning Oct. 23-24 all 14 Big Ten teams will be scheduled to play eight regular-season games in eight weeks, plus have the opportunity to play a ninth game on Dec. 19.

Big Ten Conference leaders are hoping that their third crack at a league football schedule will stick.

Msgr. Michael Burke, affectionately known as “Father Mike,” was the Badgers’ team chaplain for over four decades. He died Saturday night at 72.

The Badgers and other Big Ten teams aren't eligible for the poll until next week.

No Big Ten school made as much of a public fuss over the conference's initial decision to postpone the season as Nebraska. The brutal opening schedule against the conference's two division winners from last season might have been a coincidence, but it did not go unnoticed.

The second regular-season AP Top 25 of the season includes Southeastern Conference teams that begin playing next week but not Big Ten teams that start playing in about a month.

Red Zone podcast: Roster updates and a look at the Badgers schedule

State Journal beat reporter Colten Bartholomew breaks down the impacts that gaining OL Jon Dietzen and losing S Reggie Pearson may have on the Badgers before diving in and giving you a game-by-game look at UW's schedule.

The West Coast got back in the game Thursday night,  as the Pac-12 set Nov. 6 to start a seven-game season, joining the Big Ten in overturning August decisions to punt on fall football. 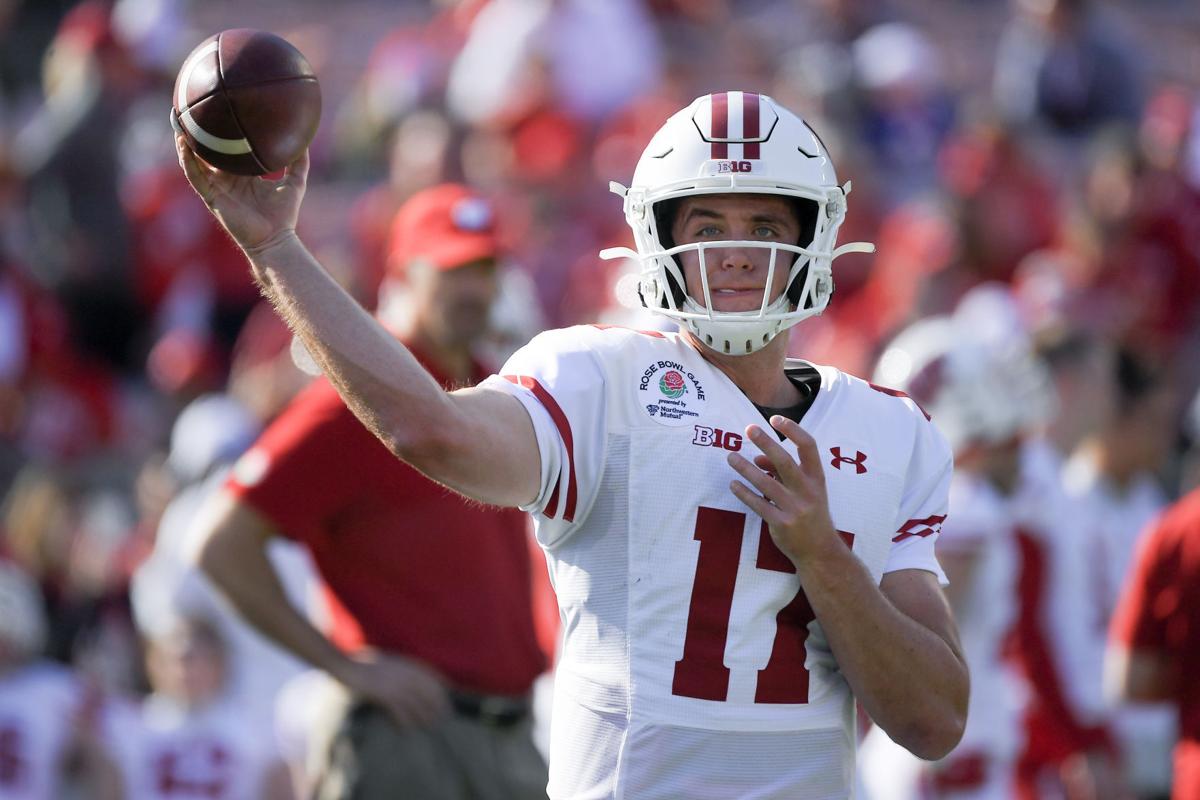 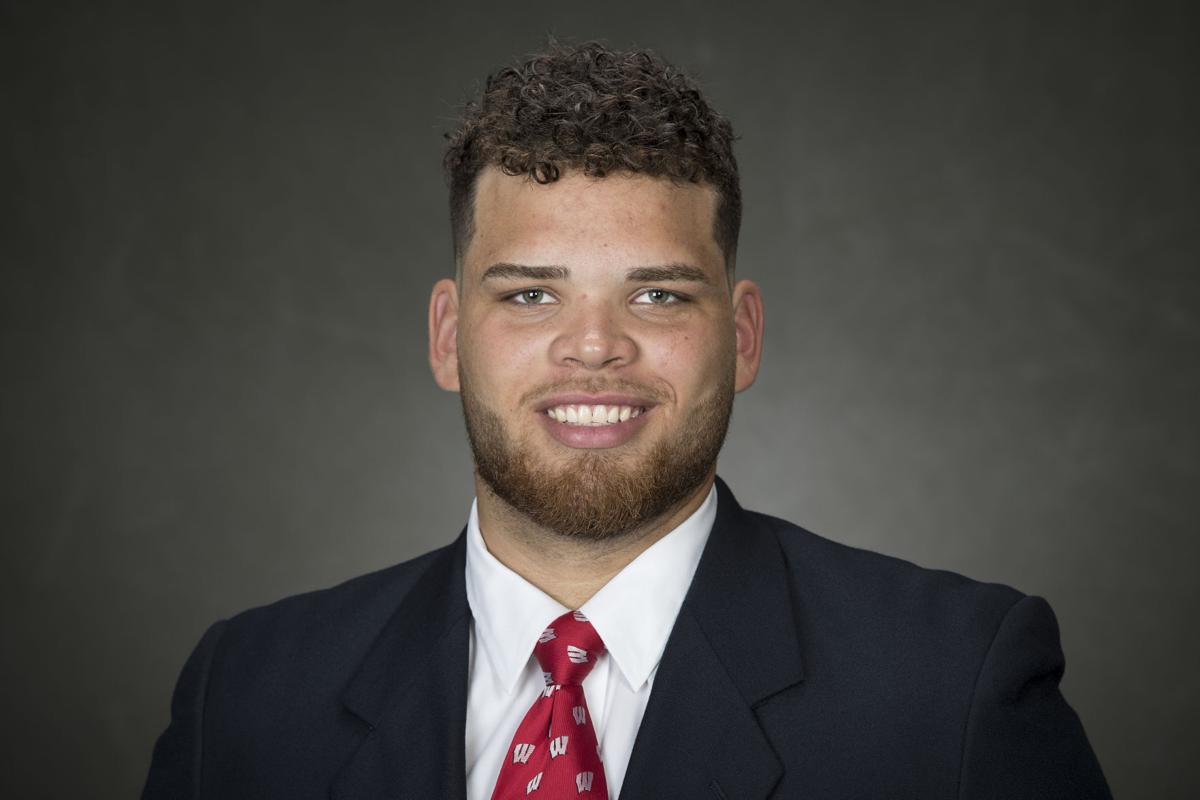