The Badgers insist that revenge isn’t a motivating factor for Friday’s game against Illinois.

Last year’s loss in Champaign exposed some issues the University of Wisconsin football team had gotten by with to that point, and it spurred the team’s late-season run that led to Big Ten Conference Championship Game and Rose Bowl berths. After months of uncertainty regarding if they’d play at all, the Badgers are fueled more by appreciation and love of the game than avenging a bad loss.

But a lesson from last season’s contest remains for No. 14 UW, which hosts Illinois at 7 p.m. Friday at Camp Randall Stadium:

The Illini collected 28 turnovers last season — 16 fumble recoveries and 12 interceptions — which led the Big Ten. They forced a total of 23 fumbles and finished the season plus-10 in turnover margin. UW offensive coordinator Joe Rudolph said Illinois’ ability to create turnovers is among the best in the country.

“They put their face on the ball when they tackle, you see that repeatedly, and you see that jar the ball loose,” he said. “I think No. 2 is they are very aware to stripping the ball. Those two characteristics create a lot of fumbles … That means guys are chasing the ball, guys are looking for it, guys are stripping and looking to recover it. They have a nose for that.

Illinois will surely be looking to replicate the turnovers they forced against the Badgers last season. UW lost two fumbles and threw an interception, with the final two of those three turnovers giving the Illini the extra chances they needed on offense to complete the comeback.

Leading 23-14 midway through the fourth, the Badgers had the ball at Illinois’ 25-yard line when Jonathan Taylor took a handoff and ran inside the 20 before being stood up and stripped of the ball. Illinois scored four plays later to make it a two-point game. With under three minutes remaining, quarterback Jack Coan’s pass intended for Jake Ferguson was picked off near midfield.

Illinois got to the Badgers’ 21 before kicking the winning field goal as time expired.

UW will have new faces in a number of the ball-handling positions, including redshirt freshman quarterback Graham Mertz. Ball security has been a repeated coaching point throughout preseason practices and this week as Mertz and the Badgers prepare for the Illini.

Rudolph said backs and receivers have been warned not to get too comfortable, especially in open space against the Illini defense. They’ve emphasized bringing both hands to the ball when approaching contact, protecting it in piles and keeping it protected when trying to make a move on a defender.

But Mertz’s decision-making will be as important as ever in keeping the ball away from Illini defenders. Mertz’s arm talent should allow him to challenge defenses down the field, but taking those shots also means balancing risk and reward.

UW coach Paul Chryst said Mertz has taken on the challenge of being the starting quarterback well, and he believes he can lead the offense effectively.

“You’re not going to play perfect football. That’s the goal and you strive to it, but the big thing is that you go out and trust yourself, play confident and you do your part for the team. His part is to run the offense. He doesn’t have to do it alone, but certainly he’s a part of every play and he’s got to do his part. I feel good about him doing that,” Chryst said.

It’s likely that Illinois coach Lovie Smith and his defensive staff will be aggressive defensively, trying to confuse Mertz or rush his decision-making process in the pocket. But his teammates have spoken highly of his development thus far in training camp, and the confidence he’s building heading into his first start.

“When you’re ready for your opportunity, good things can happen. I think Graham just being a smart kid, good football player, just kind of picked up where Jack left off,” senior receiver Kendric Pryor said.

“Obviously he’s still a little bit younger and has to gain some more experience, but that’s anybody who plays this game. You’re going to get better once you get more experience stepping on that field, getting more reps in the game and things like that. I just think, so far, everything that Graham’s done, he’s been good.”

Who has the edge when No. 14 Badgers open the season against Illinois?

After much consternation, debate and challenges, the University of Wisconsin football team is set to open its season on Friday at Camp Randall…

State Journal beat reporters Colten Bartholomew and Jim Polzin get together over Zoom to talk about the Badgers' season opener against Illinois on Friday night.

Even in a limited sample size, Badgers quarterback Graham Mertz showed some great traits, and a few iffy ones.

Merritt Norvell earned bachelor's, masters and doctoral degrees from UW and was a senior on the Badgers team that played in the Rose Bowl following the 1962 season.

UW leads the all-time series against Nebraska 10-4, and is 8-1 against the Cornhuskers since they joined the Big Ten.

Houston transfer Collin Wilder has a chance to be a key factor at safety this season, after Reggie Pearson wasn't medically cleared to play.

Graham Mertz is officially listed as the Badgers starting quarterback, while other positions are still being decided as UW released its depth chart Sunday evening.

UW was one of five Big Ten teams ranked in the poll, with the others being No. 5 Ohio State, No. 8 Penn State, No. 18 Michigan and No. 21 Minnesota.

The energy and swagger of new Badgers wide receivers coach Alvis Whitted's has been noticeable to the players during his first few months on the job.

“The fans, our fans especially, they’re the part that makes Saturdays in the fall in Camp Randall so special. So obviously we’re going to be missing that help,” UW linebacker Jack Sanborn said.

The Big Ten will start playing football at what normally would be midseason.

Tom Oates: Playmakers must emerge of both sides of the ball for UW football team

History tells us that playmakers will surface in a program as strong as UW’s, but there are no guarantees.

Get the latest postgame updates after the 14th-ranked UW football team kicked off the delayed 2020 season Friday night with a 45-7 rout of the Illinois Fighting Illini at Camp Randall.

In the Badgers’ dominant, 45-7 win against visiting Illinois, Mertz tied a program record with five touchdown passes and lived up to all the hype that’s built around him since he committed to UW in 2017.

Tom Oates grades the No. 14 Wisconsin Badgers' performance in their 45-7 victory over the Illinois Fighting Illini in their season opener Friday night at Camp Randall Stadium.

A quick look at the 14th-ranked Wisconsin Badgers' 45-7 victory over the Illinois Fighting Illini Friday night in the season opener at an empty Camp Randall Stadium.

Years from now, hundreds of thousands of UW football fans will say they were there for the debut of quarterback Graham Mertz. They'll all be lying.

The junior bounced back from his mistake with two key plays on the ensuing series before going on to finish his productive night with seven catches for 72 yards and three touchdowns.

Joey Wagner: A confident buildup to another letdown for Illinois — this time because of the offense

The Decatur Herald & Review's Joey Wagner shares his perspective from the other side of the action after the Badgers routed Illinois 45-7 in Madison on Friday night. 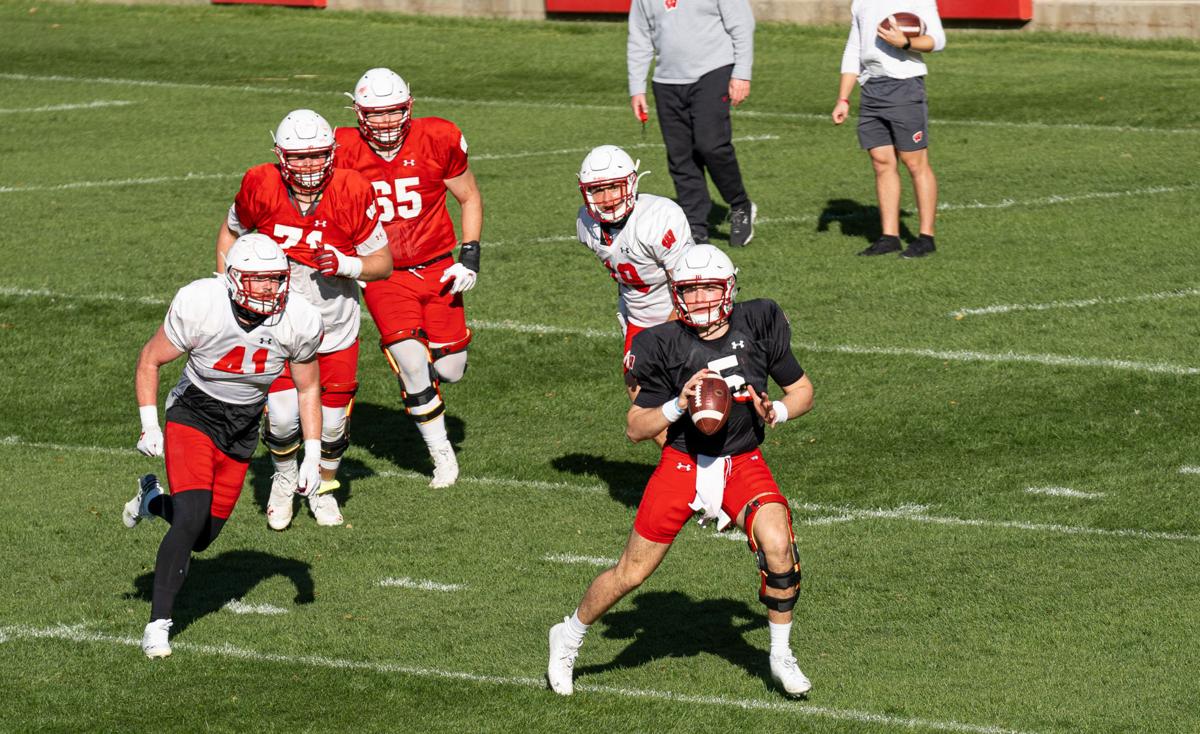 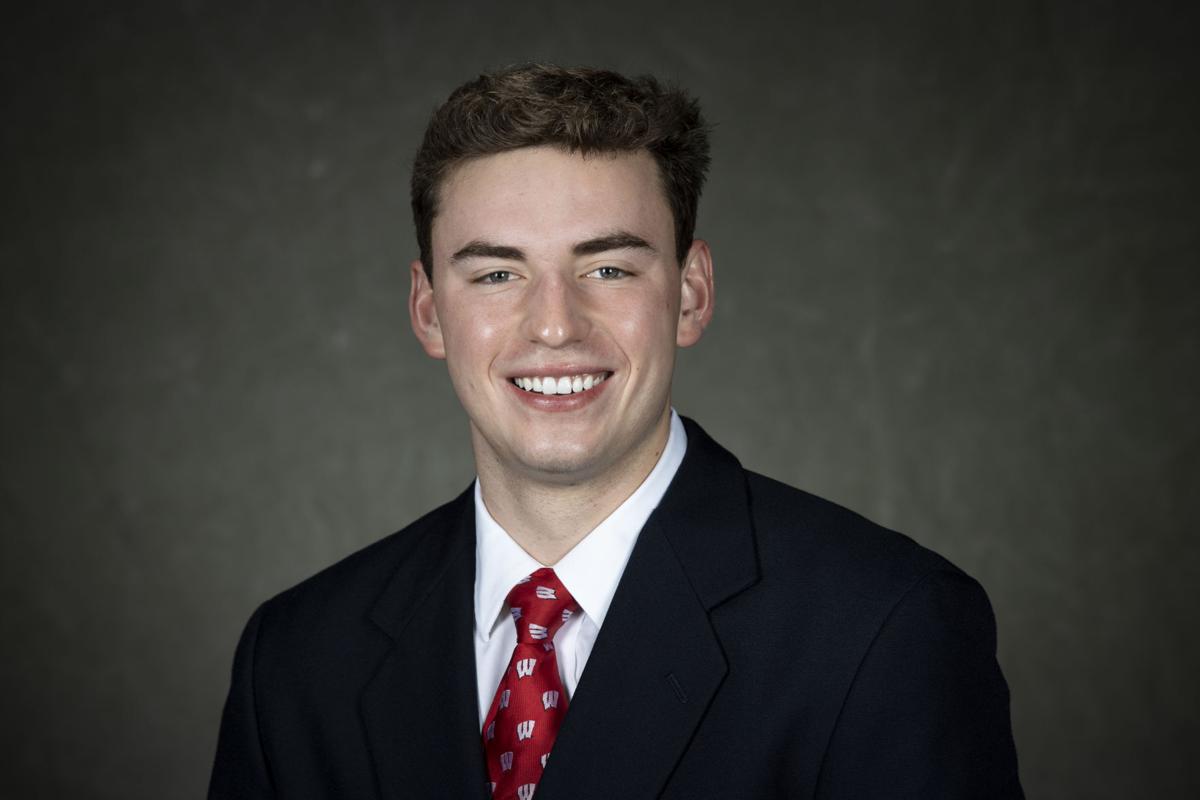 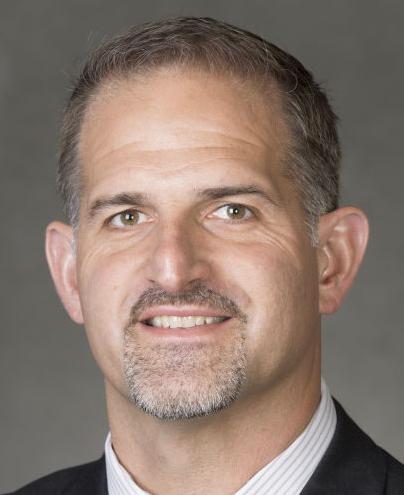