Jonathan Taylor had no problem wearing tan to his high school prom, and he doesn’t see an issue wearing it for a University of Wisconsin football game.

“I’m a big tan guy,” the Badgers junior running back said. “I like tan. You can pull it off if you do it the right way.”

Judging from his reaction to the design Under Armour came up with for the eighth-ranked Badgers to wear Saturday against Northwestern at Camp Randall Stadium, Taylor thinks the company found a tasteful approach.

It wasn't just current members of the University of Wisconsin football team that had success over the weekend.

Tan isn’t in UW’s traditional palette but it’s the color of the team’s pants for this week’s alternate uniform.

Under Armour, the provider of athletic apparel for both UW and Northwestern, said the designs both teams will wear Saturday are inspired by uniforms once worn by each team. The company issued them as part of the season-long celebration of 150 years of college football.

The Badgers have a largely traditional red jersey and white helmet with new touches on each: Large white letters UW on the chest and the same in red on the sides of the helmet. The back of the jersey doesn’t include the player’s name.

UW head football equipment manager Jeremy Amundson said Under Armour used a photo of a late 19th century Badgers football team as a basis and added its own touches.

Star running back Jonathan Taylor has had little success against the Wildcats.

One of them is the tan pants, which are more of a departure from the traditional white bottoms and carry an accent of a W inside a circle on the front of the left hip.

“When I saw the pants,” said Taylor, who served as the Badgers’ model for a video unveiling the uniform, “I’m like, ‘Yeah, I like it.’”

Instead of the typical process of Under Armour representatives meeting with the team to come up with a design, Amundson said, the idea for Saturday’s uniforms came directly from the manufacturer.

Company representatives approached UW with the idea in May 2018, and the Badgers jumped on board.

Northwestern’s uniforms are out of the same design, only in purple and white and with NU instead of UW.

Safeties Eric Burrell and Reggie Pearson will be forced to sit out the first half of this week's game against Northwestern after receiving penalties for the infraction against Michigan.

Amundson said Under Armour appealed to the NCAA to allow the jerseys to go without numbers on the front to more accurately replicate the ones being worn in an 1891 photo, but the organization nixed the idea.

The Badgers haven’t worn a true alternate jersey since 2012, when Adidas made new looks for UW and Nebraska for a 30-27 Cornhuskers victory in Lincoln. Under coach Gary Andersen in 2013 and 2014, the Badgers experimented with red helmets and red pants.

Amundson said there are both practical and historical reasons why the Badgers don’t typically have dozens of jersey combinations like some other schools.

The practical is money. A new set of helmets alone can cost up to $100,000, funds that he said would take away from other opportunities for athletes. For this week, UW is simply replacing decals on its existing helmets and swapping out red face masks for gray ones.

The historical is that, well, the Badgers have typically worn predictable combinations.

“There’s definitely a traditional element to it,” Amundson said. “We’ve never had a kid come here because he’s going to get to wear any fancy uniform. We’re pretty tried and true with our red and white.”

Coach Paul Chryst acquiesced to players’ wishes to change things up for last week’s victory against Michigan and wear the black shoes that were being broken in as part of the new design for this week.

“He was on board,” senior outside linebacker Zack Baun said. “He’s more happy to see the guys energized about it. He’s just happy that we’re happy.”

Other than Taylor, who was in on the plans for the alternate jersey because he wore it in the video shoot, players were unaware of the new look until fall camp.

Saying that the unveiling drew a positive reaction would be an understatement, Baun said.

“Everyone was screaming, yelling,” he said. “I’m pretty sure I was jumping up and down. It’s exciting because we’ve never got to do anything like that.”

It was so well received, senior inside linebacker Chris Orr said, because it’s so different from what’s normal at UW.

“When you put it together from looking at the uniform that they’re trying to imitate, it actually looks good,” he said. “It looks like a new-age version of the old cotton sweaters that they were wearing. I like it.”

At least one Badgers player made it sound like he would just as well play in one of those sweaters.

Taylor said he’s excited to wear the new look for a game.

“I definitely think it’s fun to switch it up like that, especially with the history of this program but football in general,” he said. “I think it was pretty cool how they went back and did it.”

The Badgers run all over the Wolverines - scoring the first 35 points in the game. Paul Chryst and Matt Lepay discuss the victory and we hear …

Junior Collin Wilder will start for the first time on Saturday due to Eric Burrell and Reggie Pearson sitting out the first half after being ejected for targeting against Michigan.

UW's depth at safety tested with two players suspended for a half and Madison Cone questionable.

Get the latest analysis, injury reports and highlights as the No. 8 Wisconsin Badgers open Big Ten West play Saturday against the Northwestern Wildcats at Camp Randall.

Grinding it out: Badgers defense shines as Wisconsin holds off Northwestern Wildcats 24-15

The Wildcats were within 7-3 late in the third quarter until the Badgers (4-0, 2-0 Big Ten) — specifically the defense, which scored two touchdowns — finally created some breathing room.

Quick hits from Wisconsin Badgers' win over the Northwestern Wildcats

A quick look at the 8th-ranked Wisconsin Badgers' 25-14 win over the Northwestern Wildcats in their Big Ten West opener Saturday at Camp Randall Stadium in Madison.

Burrell had a pass break-up and a big hand in the first of UW’s two defensive touchdowns on Saturday in the win over Northwestern, and Pearson momentarily knocked Wildcats QB Hunter Johnson out of the game with a big hit early in the fourth quarter.

After opening the 2019 season with three games in which the offense averaged 48.3 points per game and — gasp! — threw the ball as well or better than it ran it, eighth-ranked Wisconsin went back to its traditional look in a 24-15 victory over Northwestern Saturday at Camp Randall.

There were a handful of costly miscues on special teams Saturday for the No. 8 Badgers, who overcame them on the strength of a stellar defensive performance to down the Wildcats 24-15 at Camp Randall.

Wisconsin State Journal reporter Jim Polzin asked Badgers fans on Twitter what they thought of No. 8 Wisconsin's 24-15 win over the Northweste…

As Under Armour tries to cut ties with some schools, Wisconsin Athletics calls its relationship 'strong'

Amid slumping sales, Under Armour has said it will end contracts with UCLA and California, and Boston College's athletic director said the school has been in discussions with the company about its arrangement. 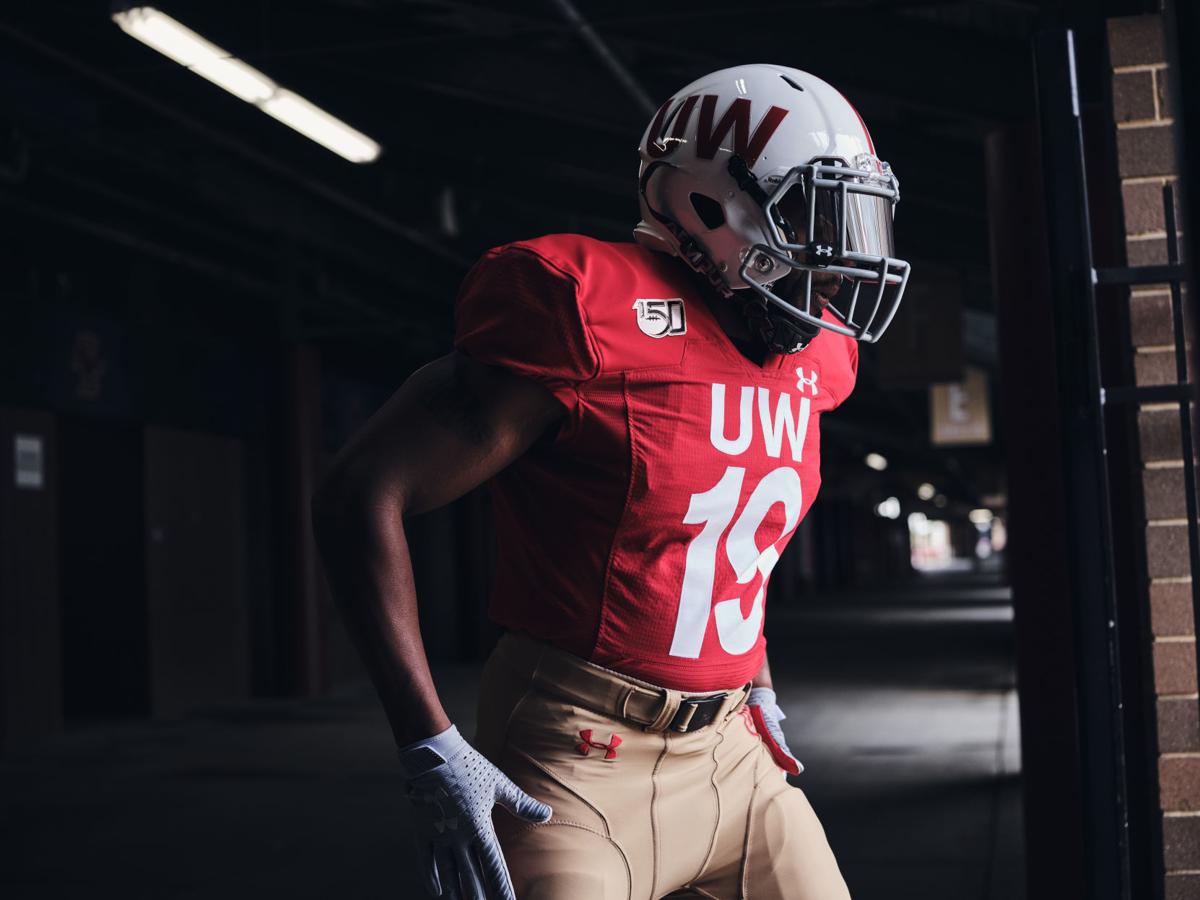 Under Armour designed a uniform inspired by the Badgers' 1891 team. UW will wear the red tops and tan pants for Saturday's game against Northwestern. 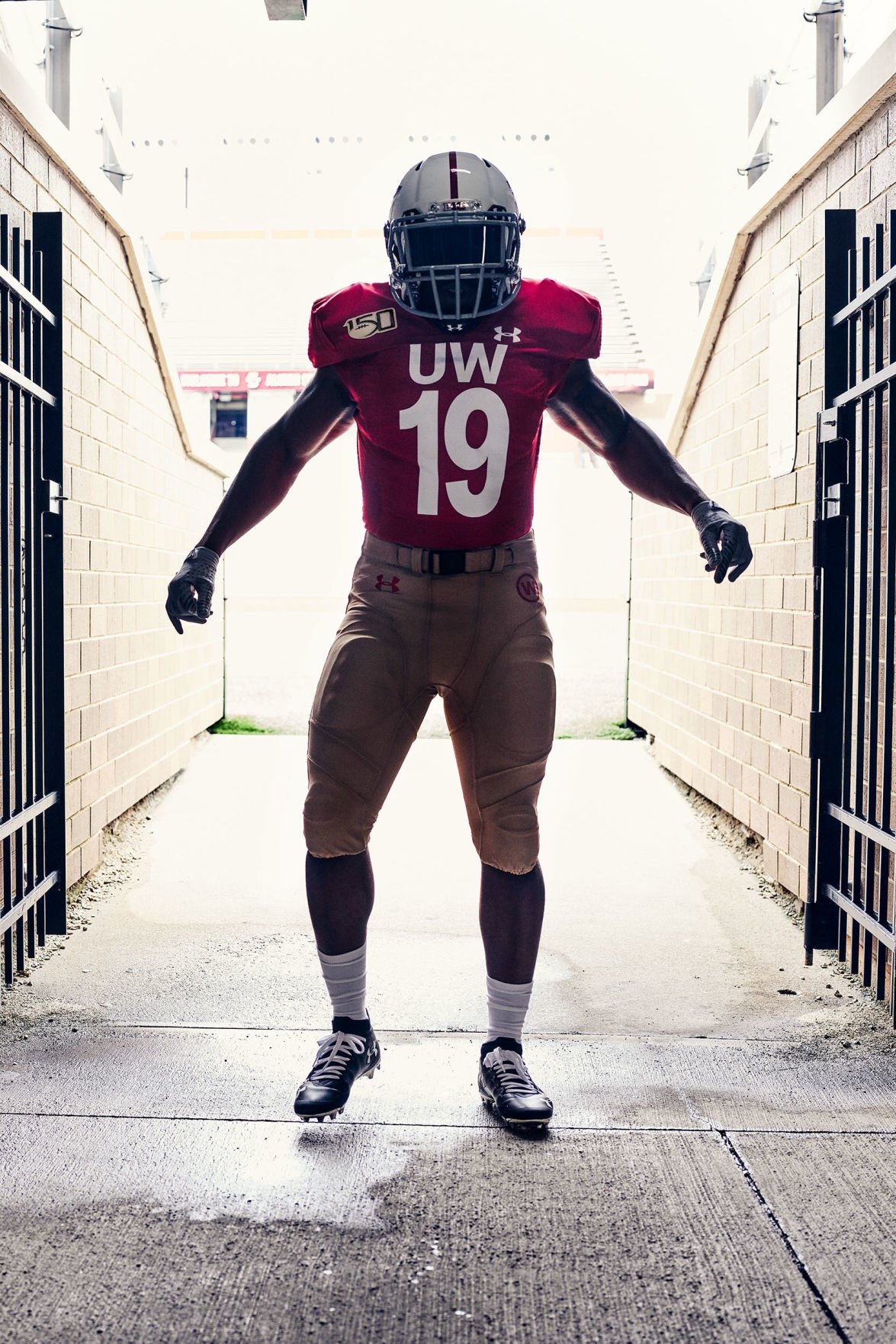 The alternate uniform the Badgers will wear Saturday against Northwestern was inspired by a photo of the 1891 UW football team. 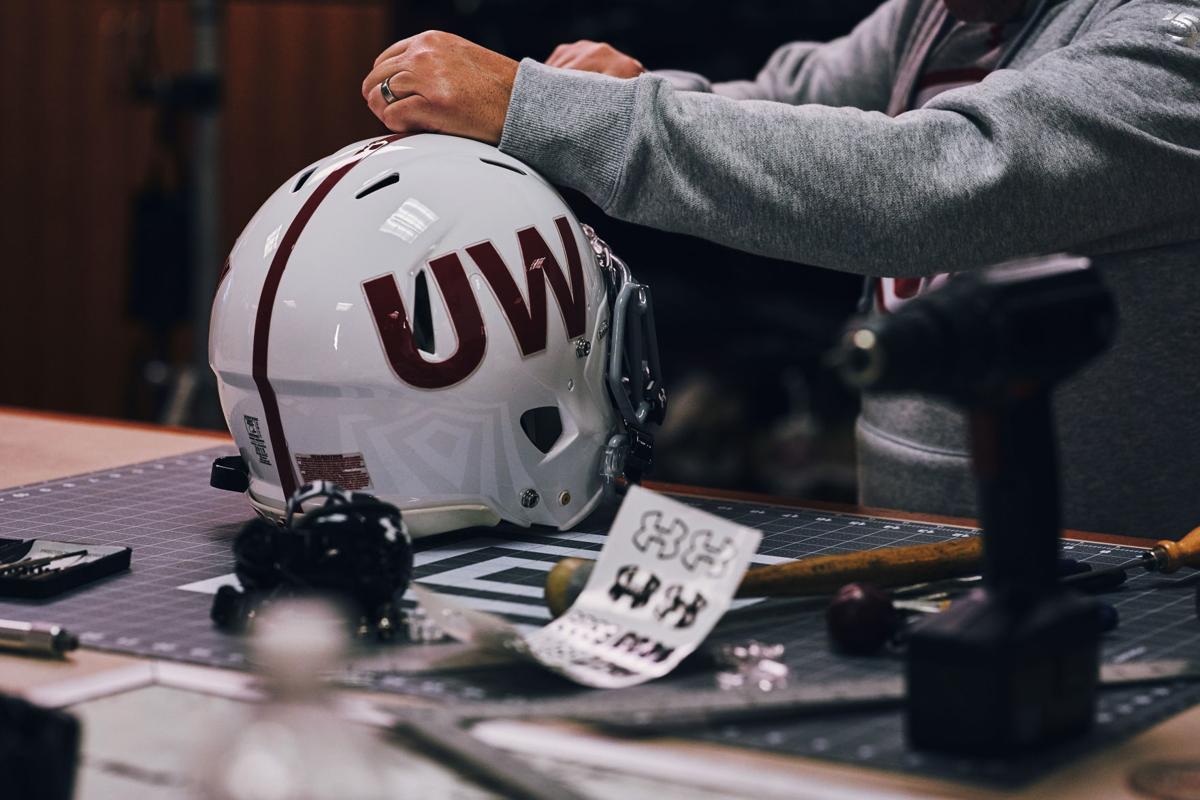 Helmets the Badgers will wear for Saturday's game against Northwestern are shown in a handout photo from Under Armour. 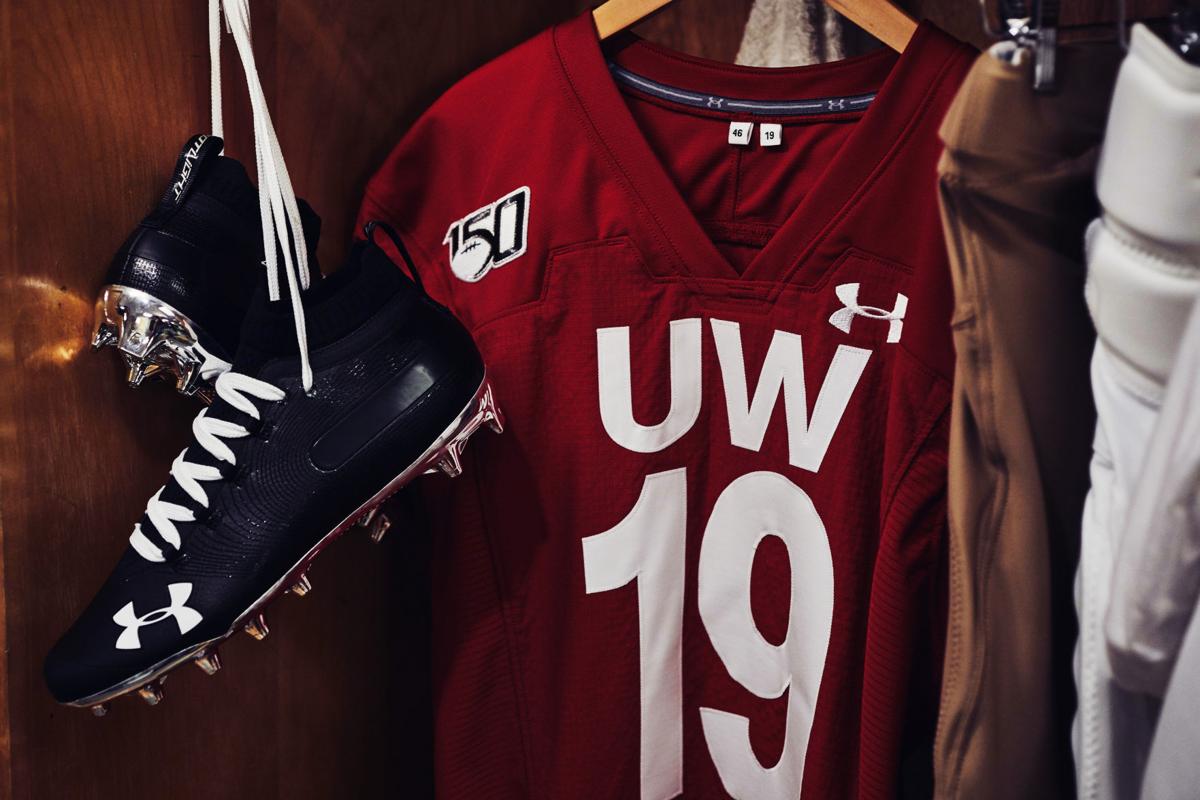 Badgers players started to break in the black cleats they'll wear for Saturday's game against Northwestern a week ago and asked to debut them last week against Michigan.