When established starter C.J. Beathard was injured during a 2016 game against North Dakota State, Stanley made his way onto the field as a true freshman. It was Stanley’s third appearance, but his first in a close game. Ferentz said on a phone call with reporters Tuesday he didn’t have any hesitation letting Stanley throw on his first snap. He did, completing a pass to tight end George Kittle for 37 yards.

Ferentz said the confidence he and the rest of the Hawkeyes have in Stanley has only grown since.

Stanley, a Menomonie native in his third year as the starter for Iowa, leads the No. 18 Hawkeyes (6-2, 3-2 Big Ten Conference) into Saturday’s game against the 16th-ranked University of Wisconsin at Camp Randall Stadium with a lot on the line. Most notably, both the Hawkeyes and Badgers (6-2, 3-2) need the win to keep realistic chances afloat of a West Division title. But for Stanley, a senior, it’s also his last crack at his home-state team.

Since Stanley took over as the starter in 2017, the Badgers have beaten the Hawkeyes 38-14 and 28-17. Stanley struggled in 2017 against UW, completing 8 of 24 passes for 41 yards and an interception. He was better at home last season, finishing 14-for-23 for 256 yards and two touchdowns, but he was 3 of 9 with an interception in the fourth quarter, when the Badgers scored 14 points to win the game.

Badgers' offensive line looks to bounce back, lead the way

After back-to-back losses, Cole Van Lanen and Co. are eager to win the battles up front vs. Iowa on Saturday.

If Stanley has extra motivation against UW, he’s not showing it, Ferentz said.

“Nate plays his cards pretty close to the vest. He’s the same guy every day, and I say that in an endearing way,” Ferentz said. “He’s businesslike. I’m sure he’s got some inner feeling, some extra pulse, but he’s not one to show it.”

UW coach Paul Chryst recruited Stanley when Chryst returned to the program before the 2015 season, but Iowa was already a front-runner and Stanley orally committed to the Hawkeyes in 2016.

Ferentz told reporters Monday he and his staff were concerned they might lose Stanley to the Badgers but said Stanley and his family “never wavered” in their commitment.

While the Badgers have done a good job limiting Stanley in the prior meetings, UW defenders have a good deal of respect for what Iowa’s quarterback can do.

“He’s a big guy. When you get to him, make sure you secure him. He’s not going to go down easy, kind of like a Ben Roethlisberger-type of guy,” UW senior outside linebacker Zack Baun said of Stanley. “He can make every throw on the field, a true gunslinger.”

Iowa doesn’t have the explosive running game it’s accustomed to — it is averaging 145.8 yards per game on the ground and 3.9 per carry — it leans on Stanley to get the offense going through the air.

Stanley doesn’t have the benefit of stellar tight ends as he did a season ago with T.J. Hockenson and Noah Fant (both were selected in the first round of the NFL draft), but he does have a strong group of receivers to whom he’s spreading the ball. Three receivers — Brandon Smith (33 catches), Nico Ragaini (31) and Ihmir Smith-Marsette (30) — have 30 or more catches.

The work Stanley does at the line of scrimmage is what most impresses UW defensive coordinator Jim Leonhard. Stanley is making reads at the line and adjusting his offense however necessary to attack an opponent’s weakness.

Ferentz said Stanley’s experience and knowledge of Iowa’s system allows him to be free to make changes to play calls or alignments to get the offense into a good situation.

Senior linebacker Chris Orr said getting Stanley uncomfortable Saturday will be crucial to UW holding on to the Heartland Trophy for a fourth straight season.

“Being in a pro scheme, he’s always making a check, trying to get them in the best position on each play. If we can neutralize him, it’d help us out a lot,” Orr said. “It’s definitely a chess match. Something that you look forward to, and it’ll be fun.’’

WHEN THE BADGERS HAVE THE BALL

Jonathan Taylor will be itching to get things going against the Hawkeyes after his lowest output of the season against Ohio State and a bye week. The offense has struggled in recent weeks without the junior tailback’s big plays, and the sledding doesn’t get easier against the Hawkeyes. Iowa’s run defense is the eighth-best in the Football Bowl Subdivision, allowing 87.8 yards per game.

UW quarterback Jack Coan (above) was under siege against the Buckeyes, as he was sacked five times. That pressure effectively negated what the Badgers could do through the air. He should have more time against Iowa, which isn’t as talented up front as OSU, but UW must protect Coan better to have a chance to move the ball.

Iowa defensive end A.J. Epenesa is a premier pass-rusher, and will be a good test for the offensive line. Senior linebacker Kristian Welch, an Iola native, leads the Hawkeyes with 47 tackles, but won’t play due to injury, per Iowa coach Kirk Ferentz. Senior cornerback Michael Ojemudia has two interceptions and six pass breakups this year, leading the 12th-best pass defense (178.1 ypg allowed) in the country.

WHEN THE HAWKEYES HAVE THE BALL

Quarterback Nate Stanley (above), a Menomonie product, is not having a great year for Iowa, completing 60.7 percent of his passes with 10 touchdowns compared to five interceptions. However, he is generating plays with his mobility, as Iowa utilizes his athleticism with bootlegs and designed roll-outs, and his TD total would be better if the Hawkeyes threw it more inside the 10 instead of leaning on the ground game. Losing two tight ends to the NFL — first-round picks T.J. Hockenson and Noah Fant — also hurt Stanley’s production.

The Hawkeyes, who run most plays out of the I-formation, are averaging 24.4 points per game. A trio of running backs — Mekhi Sargent (98 carries, 443 yards, 4 TDs), former Monona Grove standout Toren Young (62-357-1) and Tyler Goodson (64-316-1) — carry the load in the backfield. Iowa’s run game presents a challenge to the Badgers, who need to tackle better than what they showed against Illinois and Ohio State to avoid big plays from biting them again.

UW should be able to use its base 3-4 defense more often against the Hawkeyes, which should help free up linebackers in the run game.

Alexander Smith’s blocked punt against Ohio State was UW’s first since 2014, and a highlight for a special teams unit that has struggled at times.

Aron Cruickshank (above) has only had nine kick returns this season, but he’s popped two of them of 44 and 38 yards.

Iowa’s Keith Duncan is 19 of 22 on field goals this season, including 10 of 12 from 40-49 yards. In a game that shapes up to be a tight one, Duncan’s accuracy is a big factor in converting drives into points — a luxury UW can’t always count on with Collin Larsh, who is 6 of 10 on field goals this year.

Iowa’s Kirk Ferentz (above) is the longest-tenured coach in FBS, and is the only coach who was hired by his school in the 1990s. He and UW coach Paul Chryst have similar styles on the field and in constructing a coaching staff — continuity matters.

UW offensive coordinator Joe Rudolph has worked with Chryst for more than a decade, while Ferentz has longtime assistant Phil Parker as defensive coordinator for an eighth season and his son, Brian, as the offensive coordinator. Brian Ferentz played at Iowa before a career in the NFL as a player and a coach. Both teams are coming off of bye weeks, giving both coaching staffs time to correct mistakes and make adjustments.

Both teams are desperate for a win. Both sit at 6-2 overall and 3-2 in the Big Ten Conference. With four games remaining in the regular season, the Hawkeyes and Badgers are very much in the running for a Big Ten West Division title, but would need to win out to give themselves a chance to qualify for the Big Ten Championship Game.

UW is unbeaten at home this year, and is playing its first home game since Oct. 12. With their chances at a conference championship hanging in the balance, expect UW to ride the home-crowd energy.

There’s more talent on the Badgers’ sideline — the results of the past two weeks don’t change that.

But finding a way to utilize that talent is going to be key, and two weeks to prepare should be more than enough time for Chryst and Rudolph to get things together offensively.

5: Turnovers in the last two games for the Badgers after giving the ball away four times in the first six games

36: Total penalties for the Hawkeyes, whose 34.9 yards per game lost from penalties is fifth-fewest in the nation

Rushing offense: UW is down to 25th in the nation at 216.4 rushing yards per game, and coming off its first game in which it failed to rush for 100 yards since 2017

Sacks allowed: Iowa has given up 18 sacks this season (2.25 per game), so UW’s improved rush should be able to put pressure on Stanley

Coming off a bye week, University of Wisconsin football coach Paul Chryst met the media Monday at the McClain Center and talked about the Badg…

This is a classic rivalry.

Several UW players are projected to be taken in the 2020 NFL draft.

Badgers work to address tackling issues that were costly vs. Illinois, Ohio State

“I just feel like we’ve got to get back to how we were before, everybody swarming to the ball,” sophomore cornerback Rachad Wildgoose says.

It would take some work and a few bucks from the NCAA's billions to rectify this situation and put the former Badgers star in his rightful place.

If Penn State can hand the Gophers their first loss, the winner of Saturday's game between Wisconsin and Iowa will control their own fate because they each still have Minnesota left to play.

Faion Hicks embraces his role as Badgers' No. 1 cornerback

The speedy sophomore from Miami has improved his coverage and is making plays for UW's defense.

With its running game slowed and its passing game unable to consistently compensate, UW has dropped its last two games after a 6-0 start.

Get the latest analysis, injury reports and highlights as the 16th-ranked UW football team hosts the 18th-ranked Iowa Hawkeyes in a Big Ten West showdown on Saturday at Camp Randall.

UW linebacker Chris Orr delivered the first hit on Iowa quarterback Nate Stanley as he tried to score on a two-point conversion attempt in the fourth quarter Saturday. Safety Eric Burrell followed up with another wallop almost immediately, and the two kept Stanley from crossing the plane, and kept UW ahead in what became a 24-22 win. 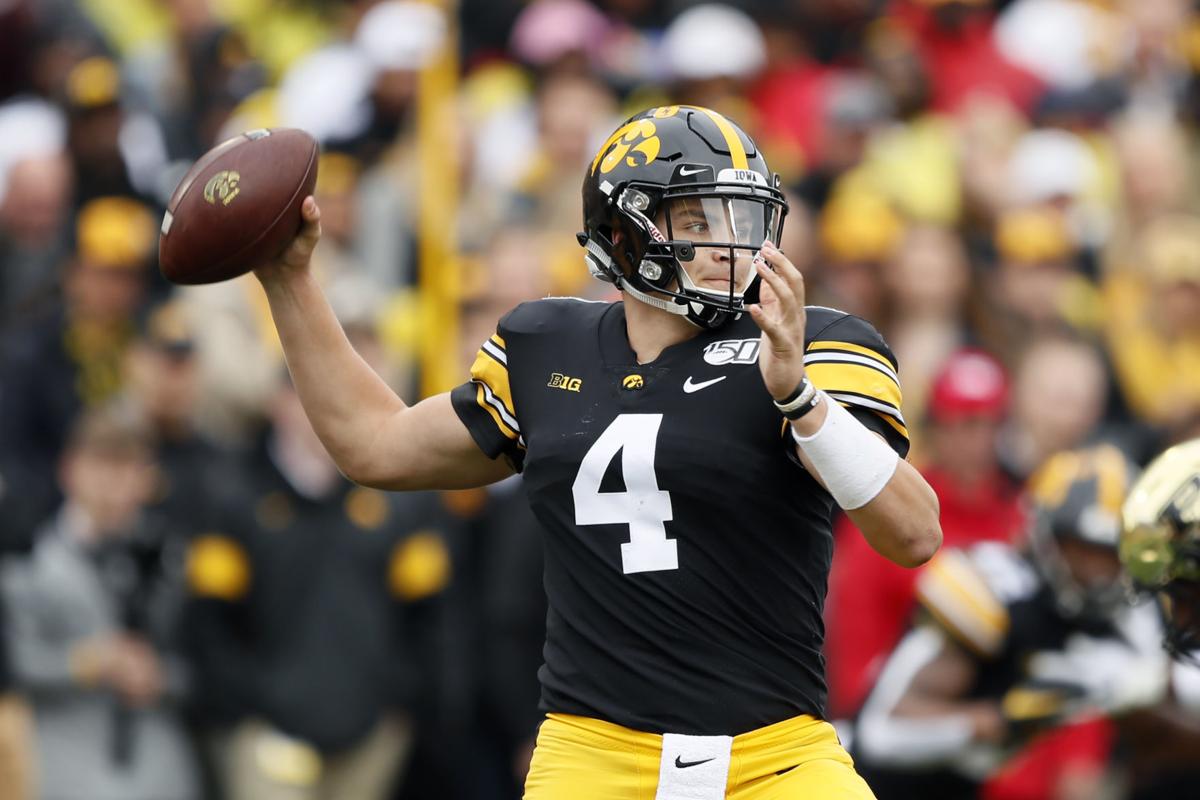 Iowa quarterback Nate Stanley has passed for 1,950 yards and 10 touchdowns with five interceptions this season. 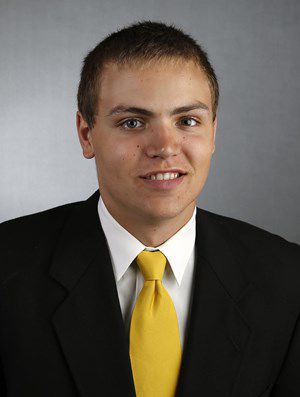