Fullback may be a dying position at many levels of football, but it’s a spot that’s thriving at the University of Wisconsin.

Senior Mason Stokke and junior John Chenal form the tag team that’s been manning the role for the No. 10 Badgers (2-0) the past two seasons and both have played significantly in the team’s two games this year. The duo has to ability to be the stick-your-nose-in, smash-mouth lead blockers that is typically a fullback’s duty, but they’ve added more than that to the offense.

Stokke has accounted for three touchdowns thus far while Chenal scored in the opener and added a big chunk of UW’s 341 rushing yards last week at Michigan.

“They’re great. They’re athletes, they can do it all. That’s what separates them from a lot of other fullbacks in the country. They can catch, they can pass block, run the ball as we’ve seen. I love running behind them,” sophomore running back Nakia Watson said after the team’s 49-11 win over Michigan.

Neither Stokke nor Chenal have been made available to reporters yet this season.

Both Stokke and Chenal have been moved around the Badgers’ backfield this year and they’re often put in motion before the snap. They’ve started plays the traditional tight end spot, on the wings and in the backfield, and a fullback has been on the field for 50% of the team’s offensive plays. On a goal line snaps against the Wolverines, both were in the backfield in front of Watson, which led to an easy receiving touchdown for an uncovered Stokke.

Versatility has been a virtue for Badgers fullbacks. Last year they helped make up for the lack of healthy options at tight end with their blocking and they’ve been consistent special teams players. This season they’re stepping into larger backfield roles after the program’s COVID-19 outbreak left the running back room thin. Stokke especially has been preparing for more work this season.

“Mase, that’s not foreign to him, it’s been in his background from kind of high school on,” offensive coordinator Joe Rudolph said during training camp. “I think he wants to do what he does best and get in there and pop open holes and be that physical player for us and I think that’s where his mindset is. But we do rely on him as being a leader and one of those ways he leads is he’s ready to step into different roles if needed.”

Stokke has proven to be an effective red-zone threat as both runner and receiver. He has three total touchdowns this season, second on the team behind tight end Jake Ferguson, who has four receiving scores. Stokke has gained a total of 12 yards on his scoring plays.

Opponents know the Badgers’ identity as a powerful running football team and UW is using defenses’ aggressiveness to stop the run against it, especially in the red zone. Both of Stokke’s receiving touchdowns came on play-action plays that held defenders’ attention on the backfield while Stokke went into his route.

“He’s just a gritty football player. Lucky to have him on my side of the ball and have him on our team and on offense. He’s a dynamic player. He gives us the option of passes and the run, he’s a great blocker. It’s been awesome to have him,” senior tackle Cole Van Lanen said.

“You just know he’s going to give it everything he has every given play to make sure he gives us the best opportunity on every play. Feel like as an offense as a whole that’s what we do for each other. We just love having Mason out there with us.”

Chenal has also provided offense, both on the goal line and other areas of the field. Chenal punched in a touchdown against Illinois in the season opener last month and helped ice the win against Michigan on Saturday. His 71 yards against Michigan more than doubled his career total at UW and he set a career-best with a 43-yard run in the fourth quarter kick-started the team’s seventh touchdown drive of the day.

Of the 23 players listed as fullbacks in the NFL this season, two came from UW’s system — Las Vegas' Alec Ingold and Pittsburgh’s Derek Watt. Ingold showed a similar array of skills that Stokke has been showing, and Ingold was a mentor to Stokke when he arrived at UW’s campus.

Badgers fans react to a rout of Michigan

How sweet it is!

People like myself who have followed UW football for 40+ years would never have dreamed of such a demolition in Ann Arbor. The key now is no letdown at Northwestern next weekend.

What's not to love?

Jim, I loved it. I remember back to the perennial losses to Michigan and OSU when I was a kid. Every year the Badgers got blasted. I remember one loss to Michigan 56-3 or so. Its been so great the last 25+ years. Today's game was awesome.

Program depth on display. A testament to Coach Chryst and staff’s recruiting and development.

Amazing performance from both sides of the ball.

Extremely impressive job by PC and staff. For everything this team has been through the last 3 weeks and come out with this effort..... amazing. #OnWisconsin

It’s going to be an interesting game in Evanston...as they always are there. Hope we get some players back for that matchup and that the guys banged up tonight are ok.

All hands on deck

The one somewhat good thing about this season with Covid is seeing the younger guys put into the fire...Dike and Berger legit. Excited for them

Also, Jalen Berger should get 15+ touches a game. He is the present and the future!

They ran the same play. Over. And over. And it worked.

Badger got his tongue

Watching Jim Harbaugh on BTN just now it is apparent that he is stunned and has no answers other than "we will re-evaluate everything this week". They could lose all the rest of their games this year.

Laying it on thick

Go for it all

Bringing down the house

We had a good game given all the missing players. One important thing over the last few years is we have increased our team speed. The defense was flying around again

Are we really good or is Michigan that bad?

New-look Northwestern Wildcats off to their best start since 1996 heading into showdown with No. 10 Badgers

Northwestern averaged only 16.3 points per game last season. Now, with a new offensive coordinator (Mike Bajakian) and a new quarterback (Peyton Ramsey), that average is up to 28.0 for a team off to a 4-0 start.

While witnessing a blowout of Michigan for the second consecutive season, University of Wisconsin football fans got a glimpse of the future.

State Journal beat reporters Colten Bartholomew and Jim Polzin discuss the No. 10 Badgers' game at Northwestern, the coaching matchup between …

Creativity in run game key for No. 10 Badgers against Northwestern

UW preparing for slugfest against the undefeated Wildcats, but it's shown a number of ways to attack defenses on the ground.

View from the other side: Northwestern beat reporter previews the matchup with the Badgers

Shannon Ryan has covered Northwestern, Illinois and college football and basketball for the Chicago Tribune since 2007. She gives her thoughts…

How a move, his family and a passion for football drives UW's newest star linebacker. 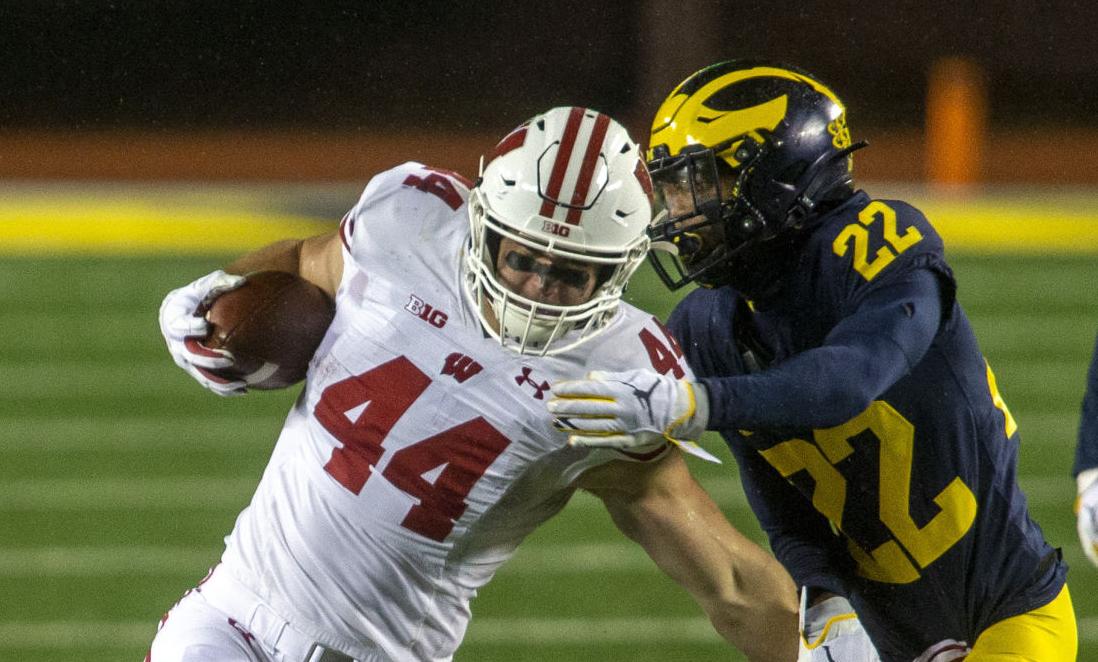 Wisconsin fullback John Chenal (44) runs for a career-long 43-yard gain against Michigan last week. Either Chenal or Mason Stokke have been on the field for half of UW's plays, making the Badgers one of the few college football programs to use a fullback to that extent. 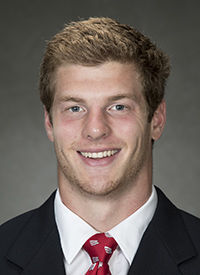 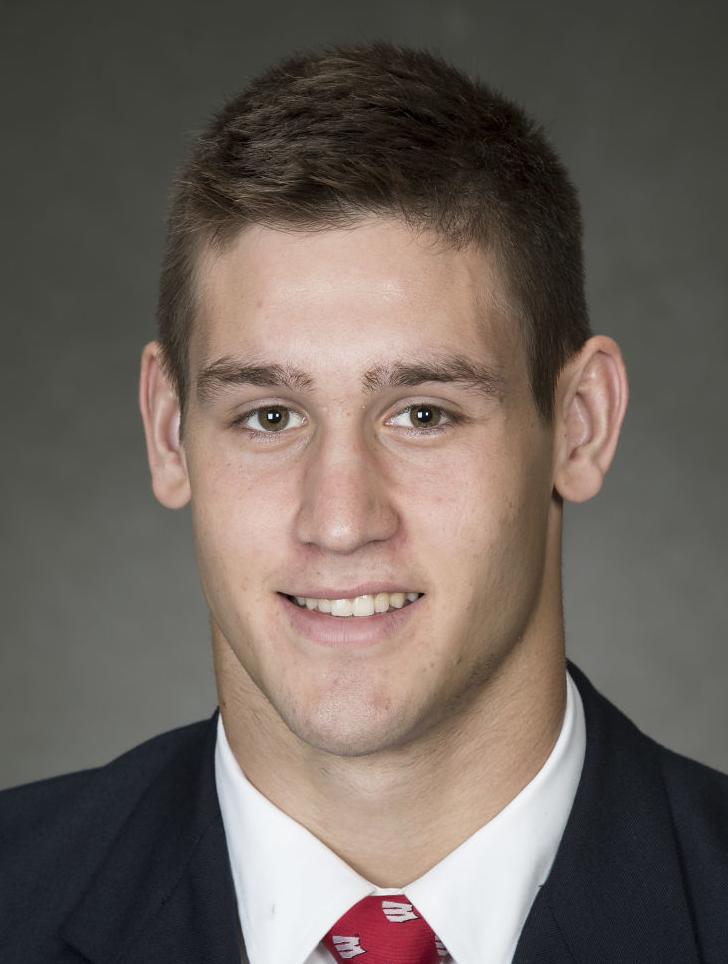