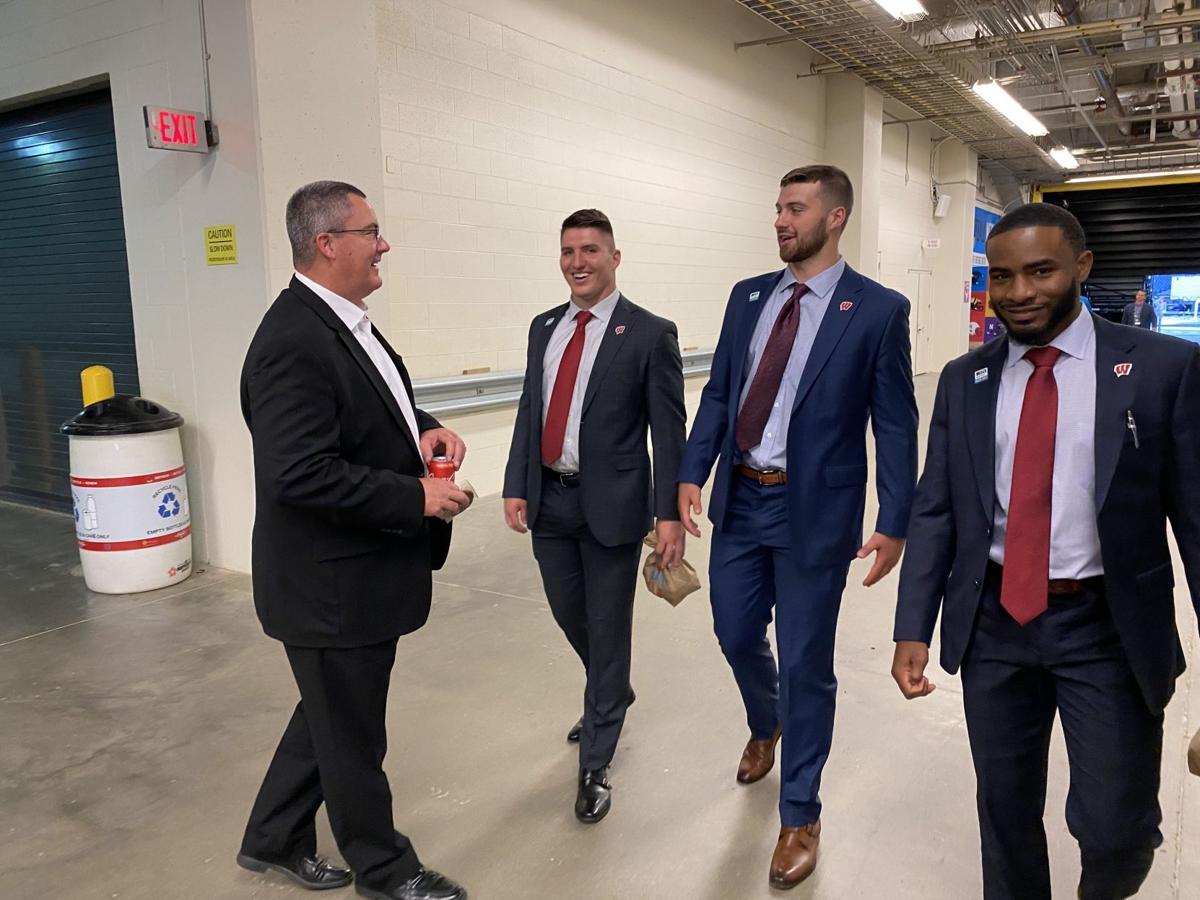 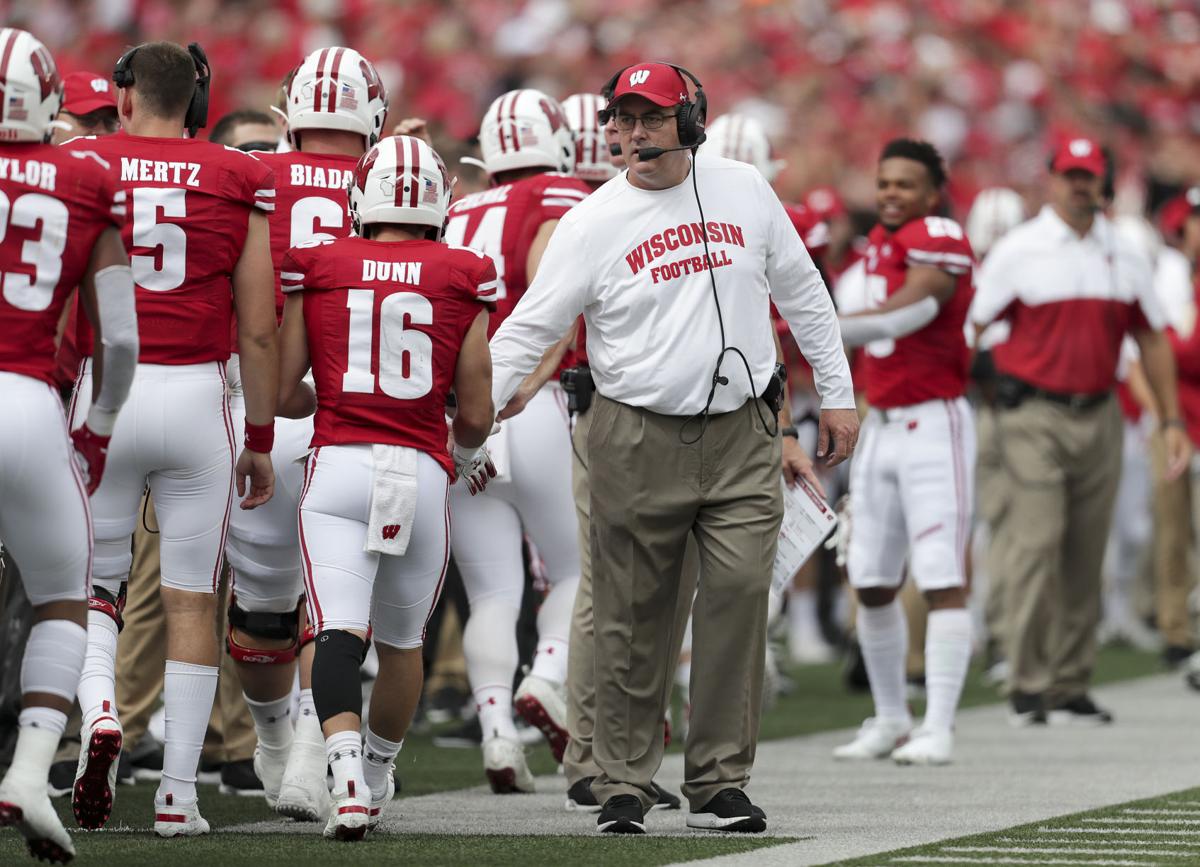 INDIANAPOLIS — Faion Hicks was relaxing one day last summer when he got a call from Paul Chryst. The University of Wisconsin football coach asked his veteran cornerback where he was and, when Hicks said he was at his apartment near Camp Randall Stadium, Chryst requested permission to stop for a visit.

A few minutes later, Chryst pulled up and Hicks met him outside. What followed was a long conversation that had nothing to do with Xs and Os.

UW players know Chryst’s door is always open if they need to stop in his office to talk. What Hicks and others never imagined was that in the middle of a pandemic, with the 2020 season up in the air at that point, their coach would be making house calls to check on their welfare.

“He just wanted to talk to me and see how things are going,” Hicks said. “That’s when I kind of realized this is a great guy. He didn’t have to do that.”

UW ending up playing an abbreviated campaign and finished 4-3, the lowest winning percentage (.571) in Chryst’s six seasons with the Badgers. A COVID-19 outbreak within the program wiped out two games and a poor job following protocols by players and coaches was at least partially to blame for a saga that derailed a season that began with high expectations.

But it wasn’t all bad for Chryst. He was already well-liked by his players and that respect only seemed to grow during a tumultuous couple months in which they appreciated the leadership he displayed.

Hicks, Ferguson and senior linebacker Jack Sanborn represented UW at Big Ten Football Media Days on Friday at Lucas Oil Stadium. They teased Chryst on the charter flight to Indianapolis the previous day about how much they knew their coach, who’s no fan of media obligations, was dreading this event.

Chryst’s answers are typically bland, and Sanborn said he understands why media and people outside the program don’t enjoy listening to or watching the interviews.

They would have loved hearing what was arguably Chryst’s best answer from a one-hour breakout session Friday afternoon. After being asked why he chose Ferguson, Hicks and Sanborn to represent his team, Chryst gave a thoughtful response that lasted nearly four minutes.

Around the same time that Chryst was checking in with Hicks last summer, Ferguson was going through some struggles with mental health and paid a visit to his coach’s office. They ended up talking for two hours.

“He built that program based off the players, which is awesome,” Ferguson said, “and it’s awesome being a player in it, being in that system, being able to express yourself and tell him everything.”

Hicks remembers being too afraid of Chryst to even approach him early in his career. Former teammates Derrick Tindal and Nick Nelson assured Hicks that Chryst was cool and they encouraged him to stop in his office.

“The more I got to talk to him, the more he reached out to me, the more that relationship has built,” Hicks said.

This isn’t to say that Chryst has built that type of bond with everybody under his watch. That’s a tall task with a roster of more than 100 players and even Chryst admits that while he does “a good job with some guys and some groups,” he didn’t do as well with others on the team.

Chryst also acknowledged that he’s glad he won’t have to jump over the hurdles he faced last season when contact with his players was limited and conversations seemed forced at times instead of taking place organically after practice or meetings.

It was five people who have played in the program talking about everything but football. Most of the time, McIntosh and Chryst were listening to the three players tell funny stories about life off the field.

When they sampled the famous shrimp cocktail, an appetizer loaded with horseradish, Hicks thought the fiery sauce was hitting him the hardest until he looked across the table and saw tears in Chryst’s eyes.

They all laughed some more.

“That’s Paul’s gift. That’s what he does best,” McIntosh said. “He, in his own unique way, is able to make a connection with people around him. I think it’s because he is genuinely interested in learning about the people around him. It’s not limited to his players. It’s the staff, it’s people around, it’s just people in general. He’s got his own style, but it’s authentic.”

Hicks said it was fun to be with his coach in a relaxed setting, where the players could pick his brain about life. But it’s possible nobody enjoyed the experience more than Chryst.

“As much fun as today has been — this is as good as it gets,” Chryst told reporters, tongue firmly planted in his cheek, “that was the highlight for me.”

Jim Polzin: Why one group can legitimately claim a victory in the battle between Aaron Rodgers and the Packers

Rejoice, Cheeseheads, and enjoy this season for all it’s worth because this standoff very well could resurface in early 2022.

UW was the overwhelming choice to win its division in Cleveland.com's preseason poll.

In the third part of our position-by-position breakdown series, UW linebacker Jack Sanborn discusses the tight ends on this year's roster as we take an in-depth look at the talented group.

In the seventh part of our position-by-position breakdown series, UW fullback John Chenal breaks down the Badgers' inside linebackers as we take an in-depth look at the veteran-led group.

The Atlantic Coast Conference, Big Ten and Pac-12 launched an initiative Monday to raise awareness of the importance of mental health as part of their conference alliance announced earlier this year.