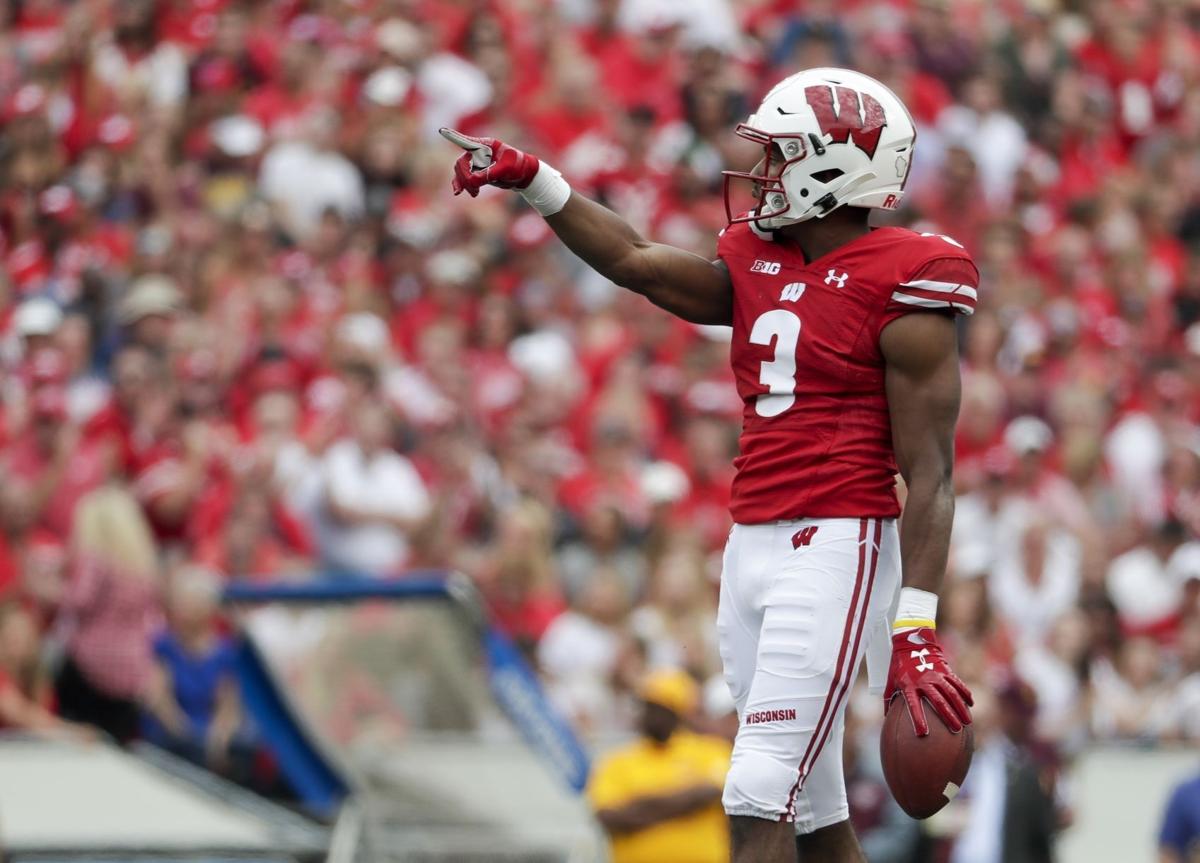 Wisconsin's Kendric Pryor celebrates a first down against Central Michigan during their 2019 game in Madison, Wis. 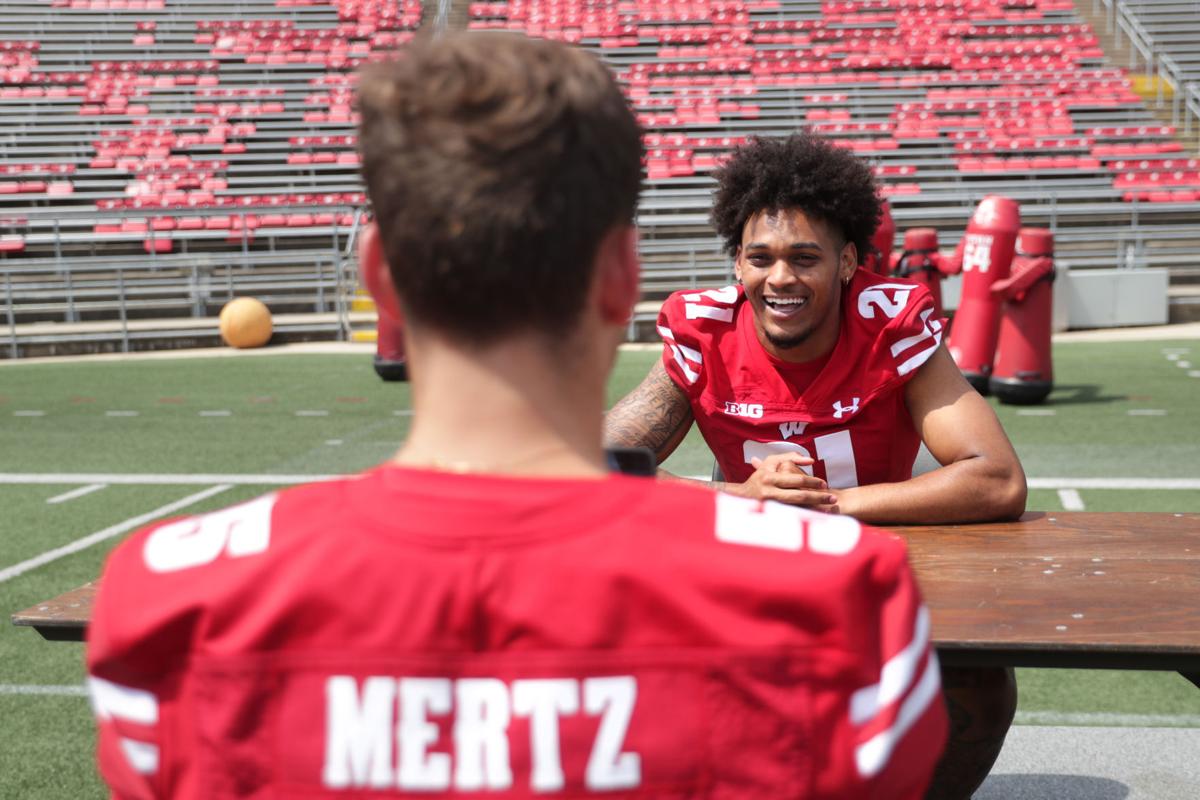 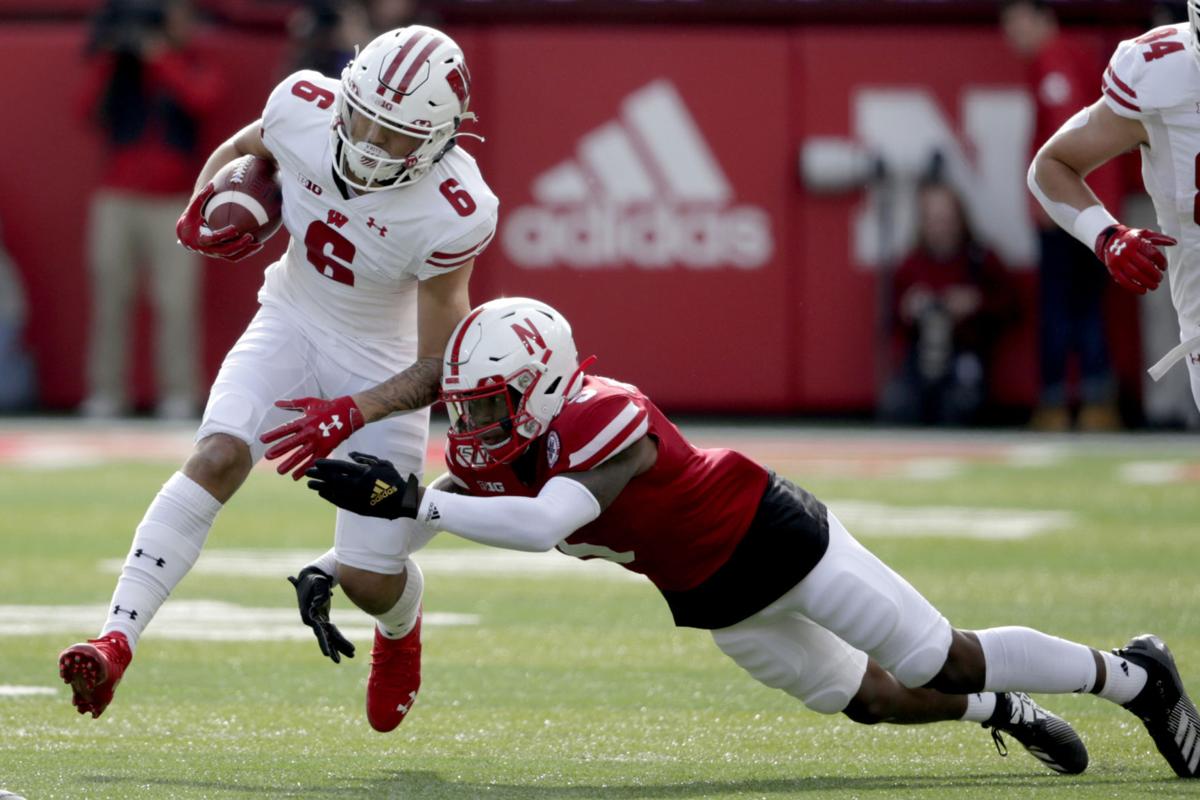 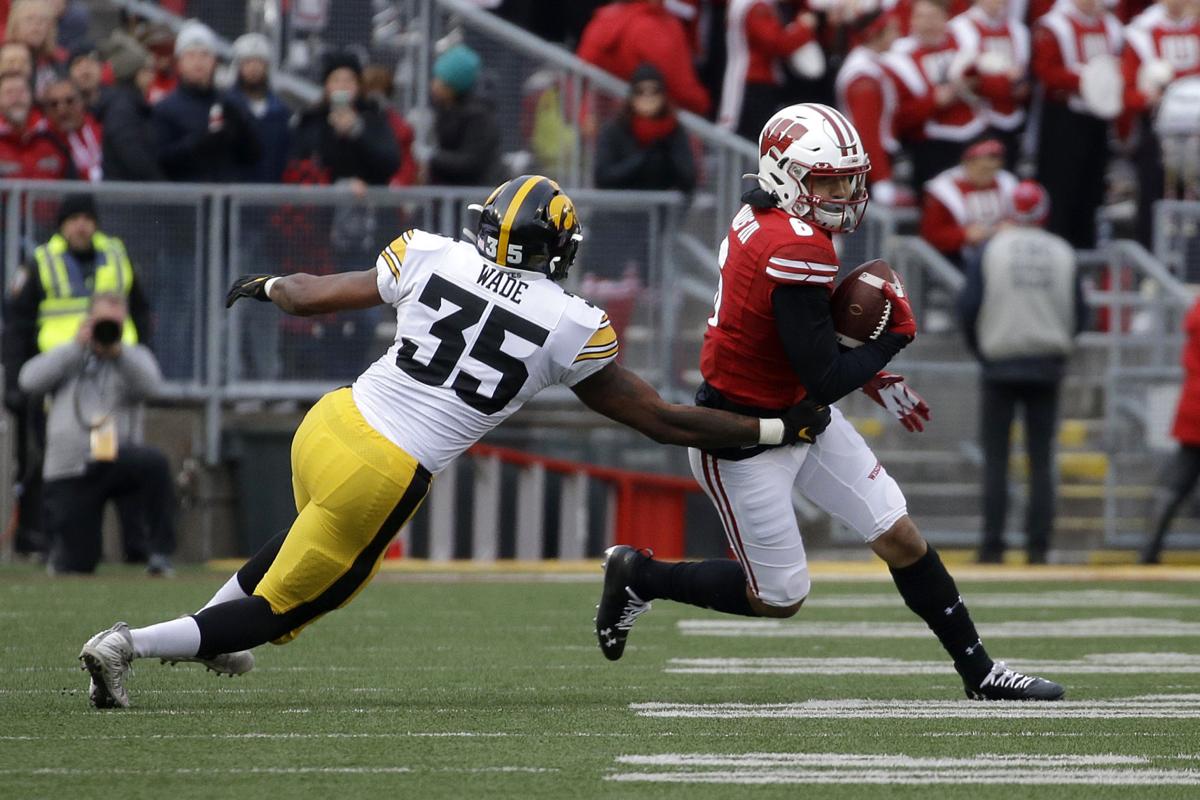 Wisconsin's Danny Davis III tries to run away from Iowa's Barrington Wade during their 2019 game in Madison, Wis. 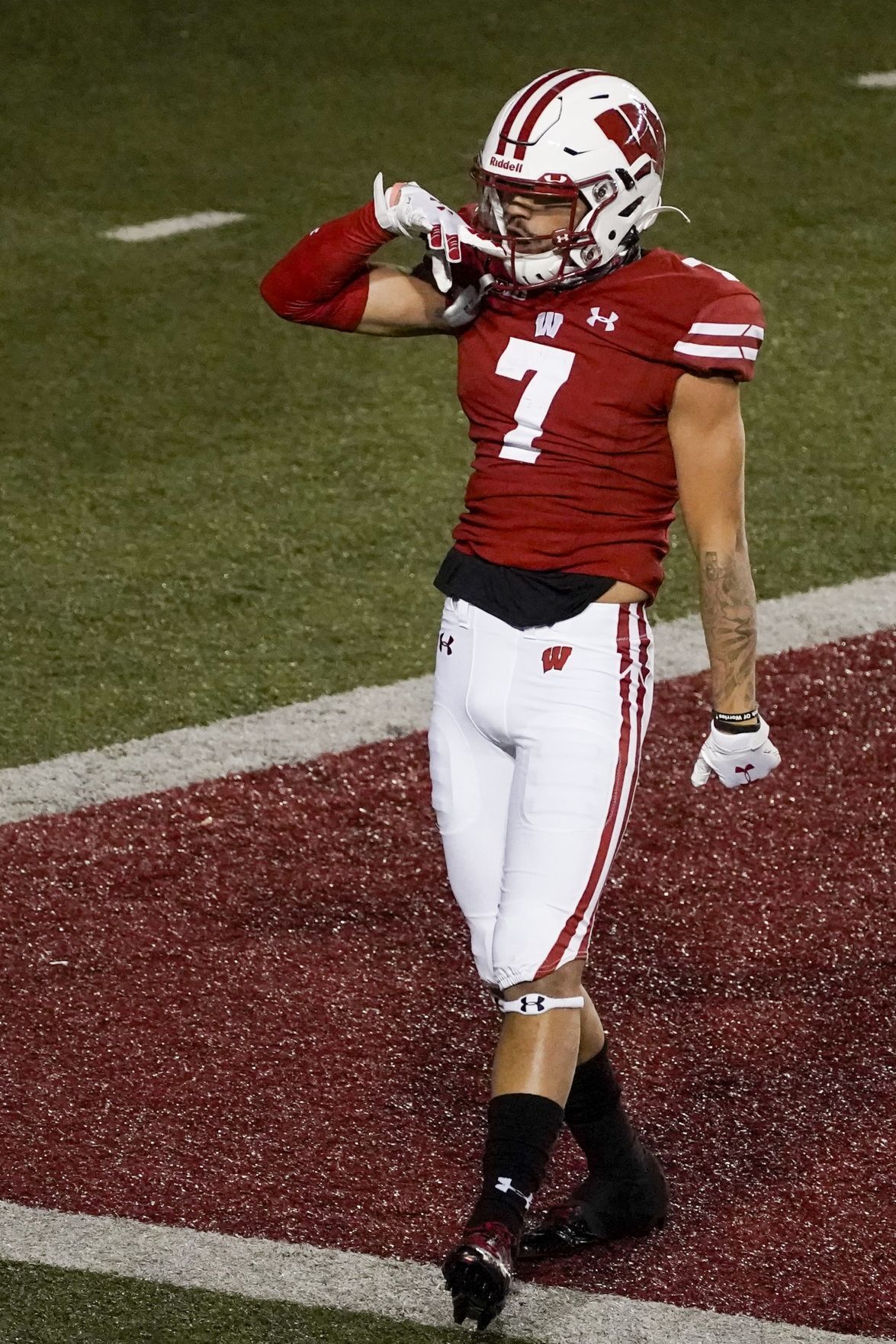 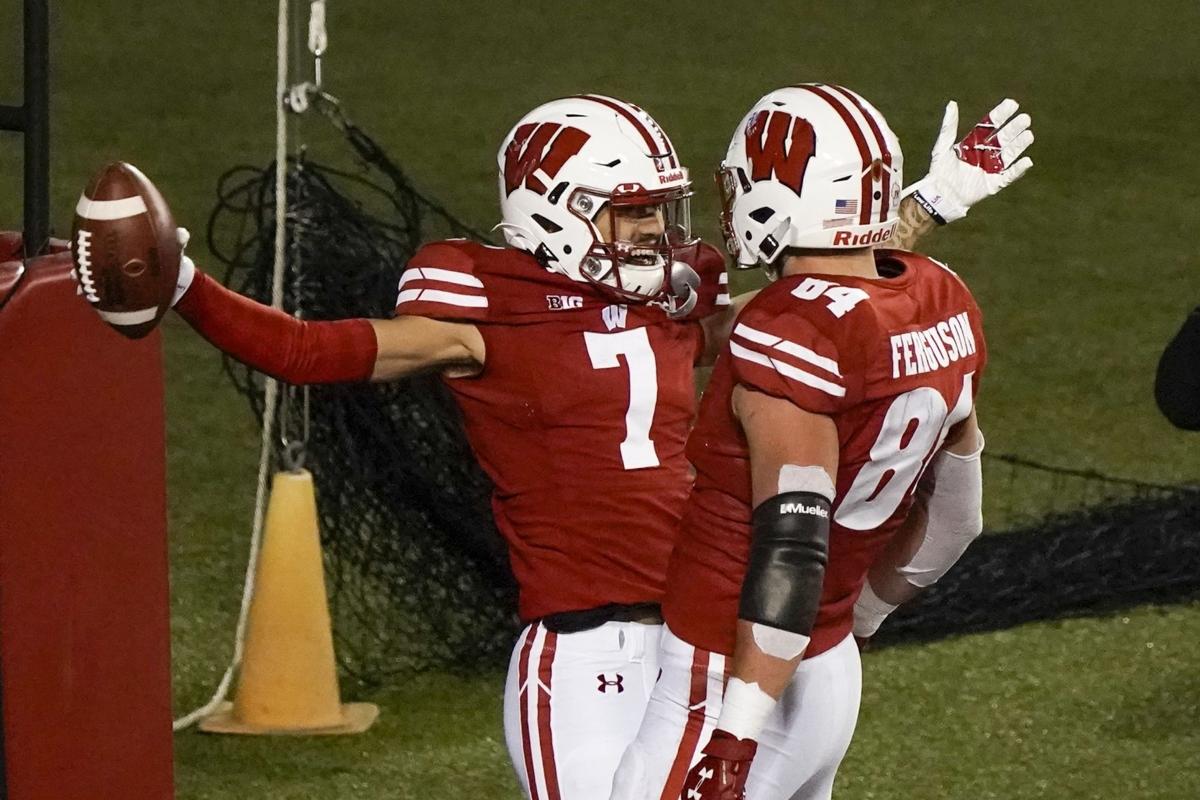 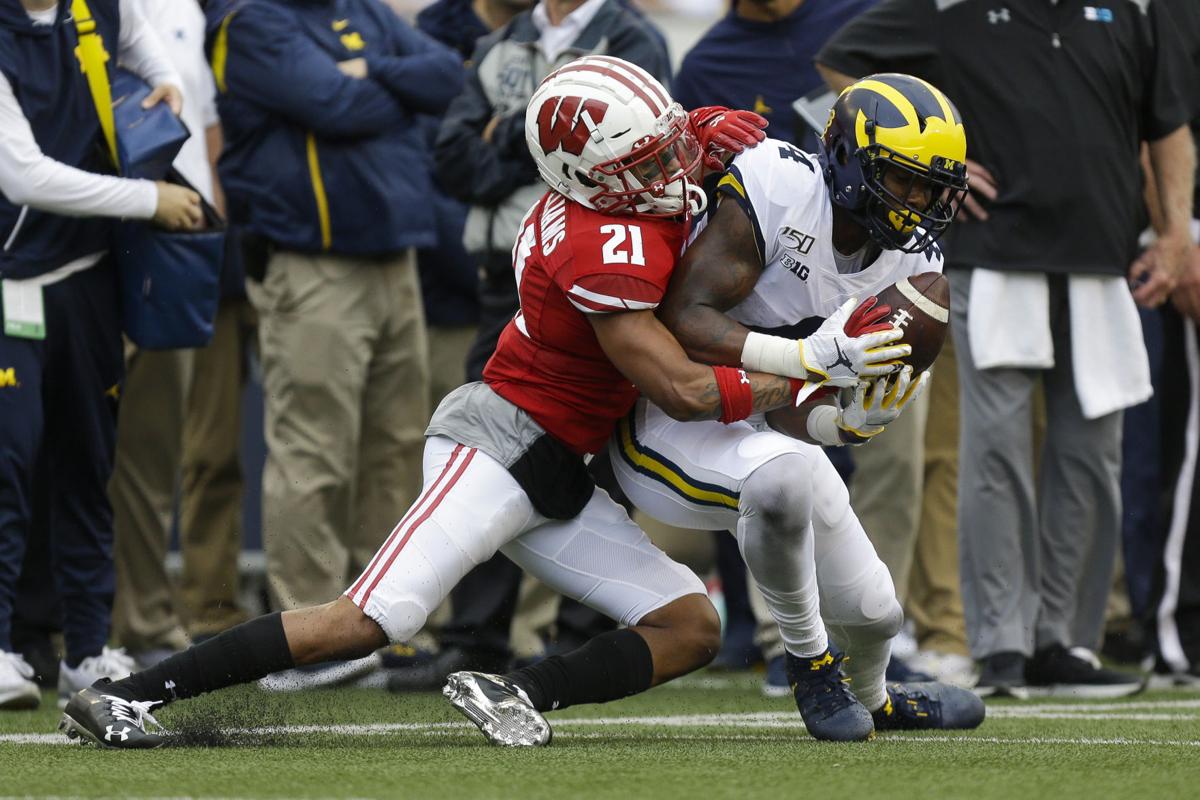 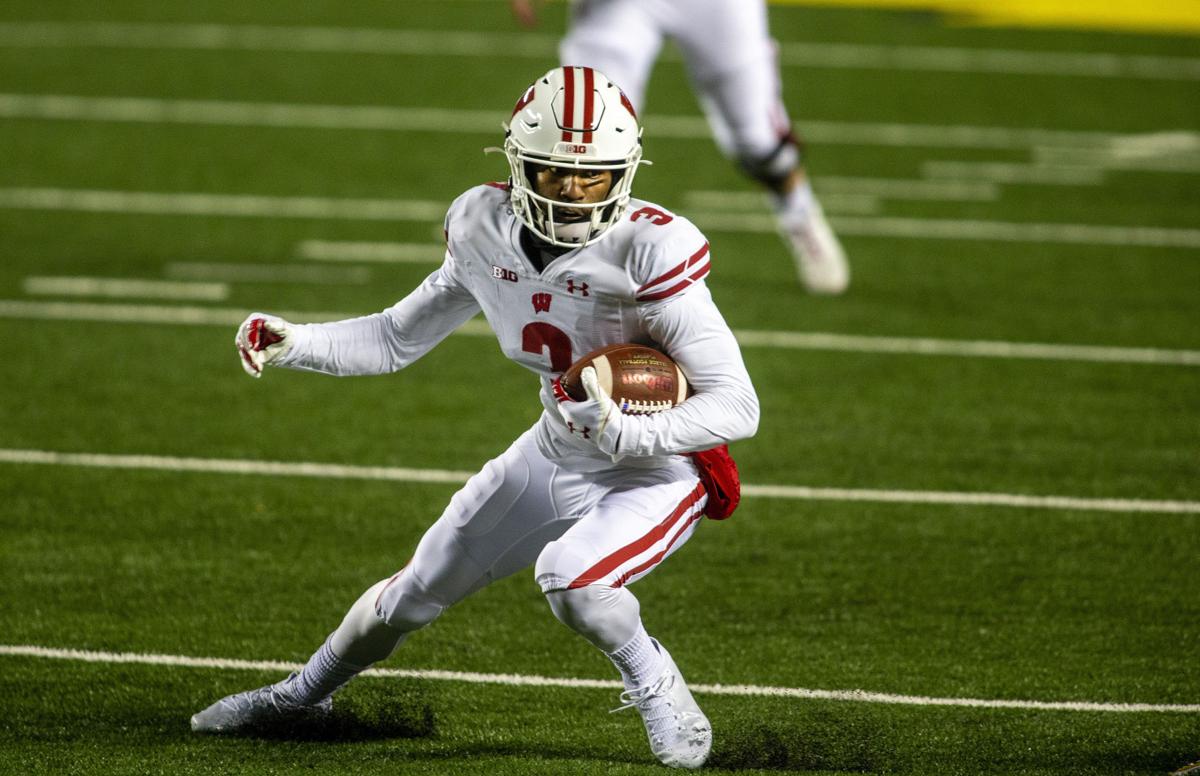 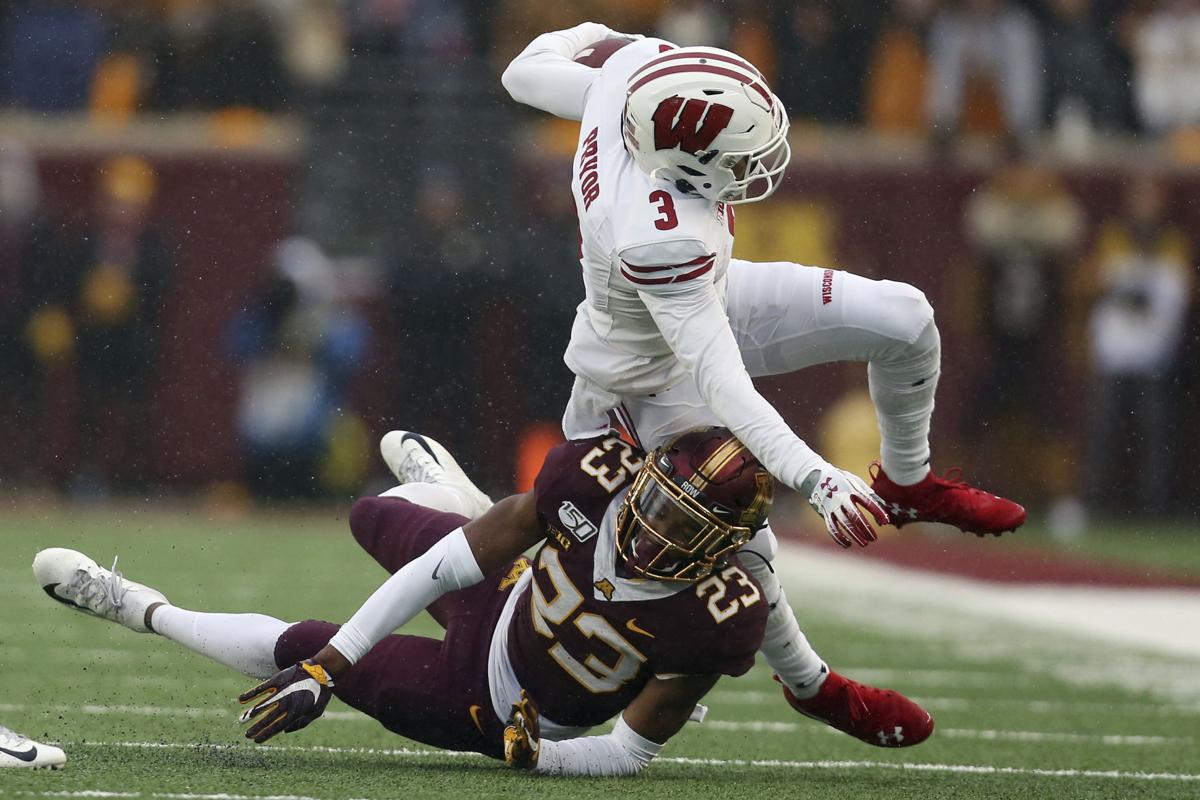 Wisconsin wide receiver Kendric Pryor is knocked down by Minnesota defensive back Jordan Howden during their 2019 game in Minneapolis. 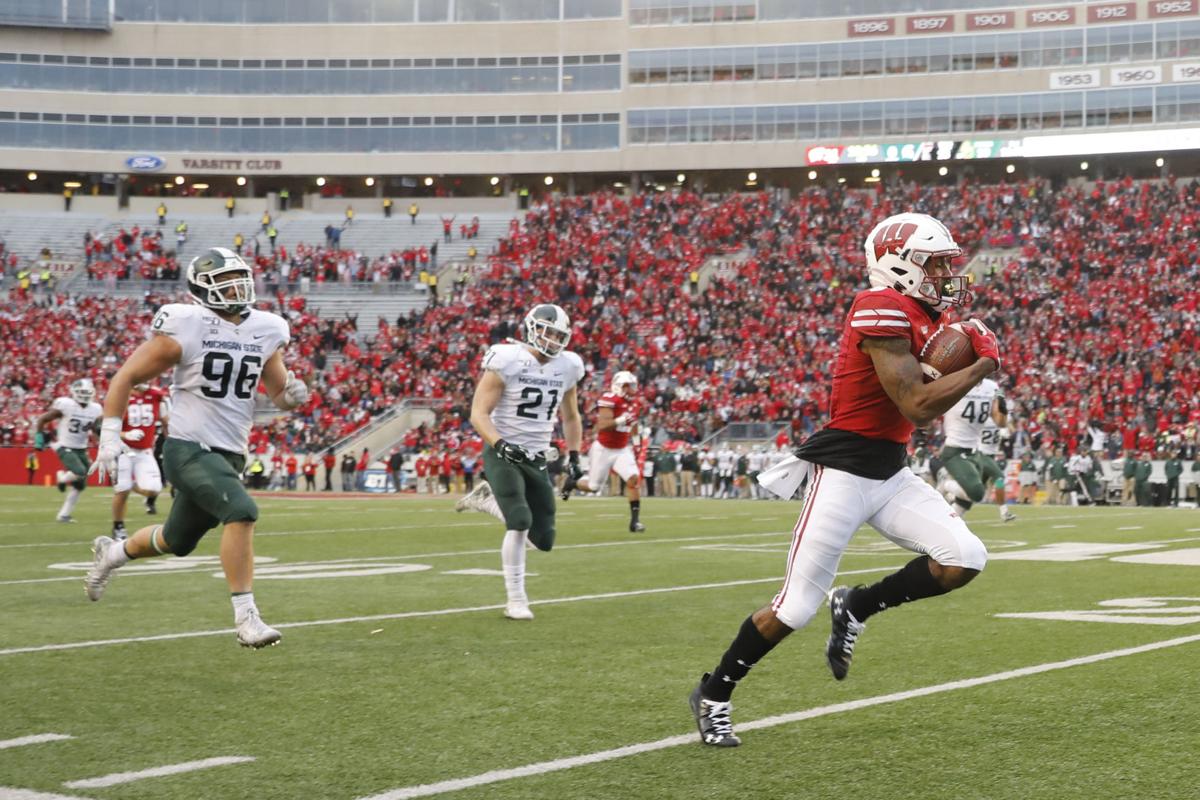 An extra year of eligibility for a group of University of Wisconsin football veterans carries with it an understanding of what to expect in the training camp’s August heat but also added responsibility.

Sixth-year seniors Caesar Williams and Kendric Pryor, fifth-year senior Danny Davis III and their coaches say there’s some aspects of their routine they’re changing — including elements of their recovery process, how hard they’re working on the field and who they’ve taken under their wing — as they prepare for their bonus season after the NCAA decided not to count last season against an athlete’s eligibility.

Here are three ways those players are changing their approach to training camp.

The unanimous focus to this year’s training camp is on recovery. Williams, Pryor and Davis all said some part of their camp routine had to change for them to be at their strongest this season.

For Williams, it’s all about what he’s doing after practice has ended for the day.

“I’ll say when I was younger, I’d come in after practice just go straight into the locker room and go home,” Williams said. “Now I tend to spend more time in the training room, in the weight room just finding ways to refresh my body so I can give it my all each and every day.”

While Pryor also stressed the importance of the weight room, he also said he’s eating a lot better. The wide receiver said he’s paying more attention to the kinds of food he is putting in his body and staying away from junk food — the Oreos will have to wait until after football season.

At the end of practice Pryor’s also in the locker room with Williams and heading to his least favorite form of recovery.

“I’m still not a big cold tub guy,” Pryor said. “But I know now in order for me to get through camp and the season I’m going to have to get in (to the tub).”

How hard is too hard?Hank Poteat is in his first season as UW cornerbacks coach but his experience in the NFL and at other schools taught him the art of balance.

He said he’s conscious of the reps he’s putting on everyone, but especially Williams because of how grueling camp can be. Poteat said he’s confident Williams knows his limits because he’s been through this before.

The balance comes in when he’s trying to grow the young players and not pushing the veterans too hard.

“That’s a day-to-day process,” Whitted said. “When we script making sure that everything is as intentional and meaningful as far as where they are in the play, just making sure they’re getting the good work at the same time.”

Arguably the most important role for a veteran is helping players who are new to the team. There are 28 true freshmen on the squad. Davis is in his fifth training camp and wants to make sure he’s helping the new guys.

“I’ve played a lot of football, played a lot of games,” Davis said. “I see things maybe some of the young guys don’t see. Just trying to give them input and knowledge on the game is what I want to get out of this camp the most.”

There are six sixth-year seniors on UW’s roster, which Williams thinks is going to give the Badgers an edge in the Big Ten. He said there’s an expectation of serving as mentors to the new players. Teaching them allows for a level of maturity to the team.

“I like teaching people,” Williams said. “I like people learning from me because I want to help get them (to) where I’m at now.I know where they want to be and I know where I want to be. So I think it would be pretty selfish not to help, especially it being my sixth time.”

Barring an injury, there’s not going to be a quarterback competition this season for the University of Wisconsin football team.

The former four-star recruit who played for powerhouse Clemson has stood out at running back during the first week of Wisconsin football's training camp.

Badgers' veteran receivers stand out in practice and other observations from football training camp.

In the ninth part of our position-by-position breakdown series, UW wide receiver Kendric Pryor breaks down the Badgers cornerbacks as we take an in-depth look at the group.

Wisconsin's Kendric Pryor celebrates a first down against Central Michigan during their 2019 game in Madison, Wis.

Wisconsin's Danny Davis III tries to run away from Iowa's Barrington Wade during their 2019 game in Madison, Wis.

Wisconsin wide receiver Kendric Pryor is knocked down by Minnesota defensive back Jordan Howden during their 2019 game in Minneapolis.