The draw of playing football has taken Olive Sagapolu on long journeys.

From his home in American Samoa to Mater Dei High School in Santa Ana, California. From California to Madison, where he was a fixture as a nose tackle at the University of Wisconsin from 2014 to ‘18. From Madison to Green Bay, where Sagapolu tried to crack the Packers’ lineup and get a chance in the NFL.

Now that draw will take him to a new locale and new league — Sagapolu was drafted Tuesday by the Houston Roughnecks of the XFL, a league set to make its re-entry into the pro sports landscape this spring.

Sagapolu has been a student-assistant coach with the Badgers this season while working to compete his undergraduate degree, but he’s excited to get his playing career going again.

“I’m really grateful that the XFL gave me the chance to help me get closer to my dreams. I’m just having fun and living in the moment,’’ Sagapolu said.

“For this couple of months not playing football, it’s been very different. Coming back from Green Bay, it was exciting to see because I saw a lot of things I can work on. I’ve done that a little bit here and there, but now that I got picked up again, it’s kind of about re-engineering everything in my head to get it done.”

Sagapolu’s senior season with the Badgers was cut short due to an arm injury that required surgery. He signed with the Packers as an undrafted free agent and went through minicamp in the spring but was cut during fall training camp.

Sagapolu’s agent called him at the beginning of the month and told him there would be a chance in the relaunched XFL if he filed some paperwork, and that got the ball rolling to put the pads back on. Sagapolu was told the XFL was very interested in him, and he had a high likelihood of being drafted.

Jonathan Taylor hinted during during an appearance on The Rich Eisen Show that this season may be his last with the University of Wisconsin football team.

The XFL, which had a one-year run in 2001 before folding, conducted its draft on Tuesday and Wednesday using a position-specific format. All defensive front seven players were selected in the draft’s third phase Tuesday night, and Houston took Sagapolu with its fifth pick in the phase.

Sagapolu had just finished with classes for the night and was in the UW coaches’ offices when he got the call.

“I’m excited. I’m just thankful and grateful for the Houston organization for giving me a chance,” he said.

Former UW linebacker Garret Dooley, who was picked by the St. Louis Battlehawks during Wednesday’s open phase, could join Sagapolu in the XFL.

The eight-team league is under a different management structure than its previous iteration. League owner Vince McMahon — the billionaire owner of World Wrestling Entertainment — says he will not have as much involvement in the football side of the business as he did in 2001. He hired Oliver Luck, a former NFL quarterback and longtime executive in college and pro sports, to be the league’s CEO and commissioner.

Spring pro football leagues have had a shaky history.

From the United States Football League in the mid-1980s to last year’s debacle of the Alliance of American Football that left players without paychecks and on the hook for hotel bills, leagues have tried and failed to satiate America’s desire for football once the NCAA and NFL seasons end.

Sagapolu knows that past, but believes the XFL has a solid foundation and wants to give players an opportunity to parlay XFL success into NFL tryouts.

“I feel like they have a good set-up going right now,” he said. “I’ll have to read up on it, but for the most part, it looks like they have everything kind of engineering toward perfecting this league. I think it’s going to be a good tool for guys who can get that opportunity to get more tape and have that spring showcase.”

Sagapolu is waiting to hear from the Roughnecks about his reporting date, but Luck said in an interview posted to the XFL’s website that training camps will start in early December. That’s when players will complete physicals and sign contracts.

He said he’s been working with UW strength and conditioning coaches to stay in shape, but will ratchet up his training now that he’s been drafted and knows what’s coming next.

The XFL’s season schedule will be released next week. Sagapolu’s Houston team is coached by June Jones, one of the originators of the run-and-shoot offense. Other familiar names on the Houston roster are former Michigan State quarterback Connor Cook and former Clemson receiver Sammie Coates. A Pro Football Talk report early this week said an average XFL player’s yearly salary will be $55,000.

While he prepares for his next opportunity to play, Sagapolu has enjoyed his coaching role with UW. He says when his playing career ends, he wants to get into coaching, and this has been an eye-opening experience into what that world is like.

“I think what I’ve appreciated from Olive is one, his willingness to be around and help guys. And two, I think it’s good for him, he’s getting a little insight into what is coaching, some things that maybe he doesn’t know beyond the field,” UW coach Paul Chryst said.

“It’s been great having him around. I know he’s good for players, he’s spent a lot of time with our younger players. That’s fun for me to see. He’s got a lot of stuff that he can share with them, and those guys are wanting to get that information.”

Sagapolu said transitioning from teammate to coach was fairly easy, and UW players have picked his brain for tips often.

“Since I first got here, he’s helped me with every aspect of being here. Especially in the film room, working on stuff with footwork and handwork, pass-rush stuff. He’s always been someone I can turn to and ask, ‘What do you think about this?’” junior defensive end Isaiahh Loudermilk said. “Now that he’s not playing, he can focus a little bit more on what we can do to get better.”

Sagapolu knows he’s still in the early stages of his football journey. Whether he’s able to catch on and have a lengthy professional playing career, or find a coaching job he’d like to pursue once he’s retired, he knows football will be part of his path moving forward.

“I’m just truly blessed with the opportunity to go to these fortunate places, seeing things, different parts of the world. It’s exciting, but it’s also kind of nerve-wracking seeing the business side of things, which you don’t always expect,” he said. “But for the most part it’s been fun. I’m really going with the flow and having fun where I’m at, living in that moment.”

Badgers' Bryson Williams works his way back from knee injury

The sophomore nose tackle has returned to limited action after spraining his left knee in practice before UW's second game.

Badgers' Zach Hintze getting his kicks with touchbacks

This season, 35 of Hintze’s 44 kickoffs have been touchbacks, which ranks third in the Football Bowl Subdivision.

His impact is more than just his 19 catches and 291 receiving yards — both team highs. Having Cephus, a true No. 1 receiver and down-the-field threat, changes how defenses defend UW.

The Fighting Illini, who play host to No. 6 UW on Saturday, are 0-3 in the Big Ten this season and have won just four of 30 conference games under Smith.

The junior outside linebacker delivers with a steady performance that often doesn't show up on the stat sheet.

UW's on-off switch has been stuck in the on position, an approach that will come in handy Saturday when the Badgers face a struggling Illinois team.

Get the latest analysis, injury reports and highlights as the No. 6 Wisconsin Badgers look to improve to 7-0 on Saturday when they face the Illinois Fighting Illini at Memorial Stadium.

With one interception late in the game that led to Illinois’ winning field goal and 24-23 upset of the No. 6 Badgers, the perception of the junior quarterback's play on Saturday flipped.

A quick look at the sixth-ranked Wisconsin Badgers' 24-23 loss to the unranked Illinois Fighting Illini on Saturday at Memorial Stadium.

Collin Larsh made kicks from 24 and 44 yards out to help the Badgers take a 13-7 lead into halftime, but the sophomore kicker's miss late in the third quarter was one of many scoring chances the Badgers left on the field in a 24-23 loss to the Fighting Illini. 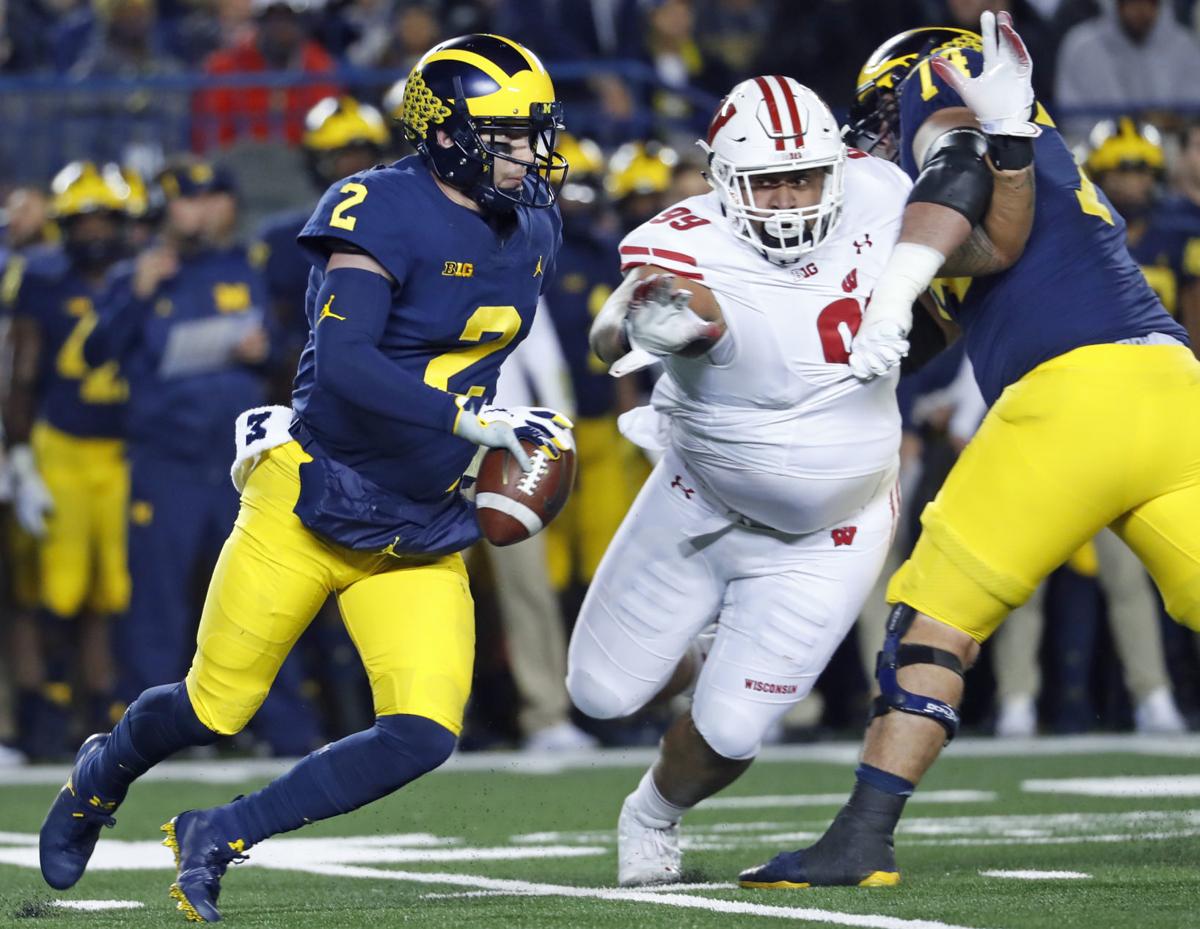 In four seasons at UW, Olive Sagapolu played in 44 games (26 starts) and registered 61 tackles (31 solo), 10 tackles for a loss, six sacks, an interception and a fumble recovery. 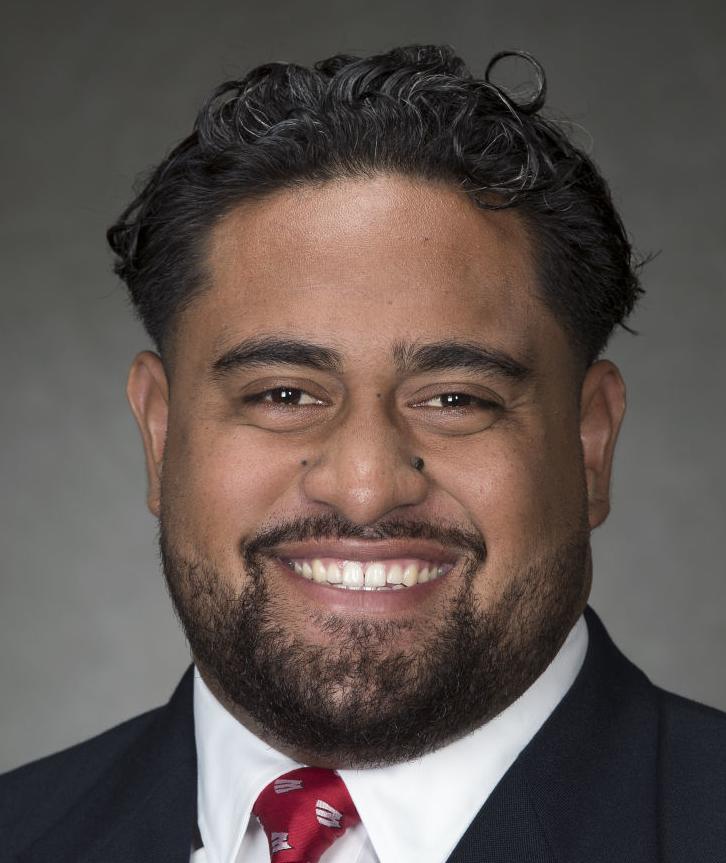