The paths Dean Engram and Alexander Smith have taken in their University of Wisconsin football careers are remarkably similar.

Occupying reserve roles in a crowded cornerback room the past three seasons, they have earned most of their playing time on special teams units. Engram handled punt-return duties for most of last season and Smith has been on a number of units, highlighted by his blocked punt at Ohio State in 2019.

Through nine spring practices, Engram and Smith have been bright spots and are pushing for the No. 3 cornerback slot on the depth chart.

“They bring competition to the cornerback room,” senior cornerback Caesar Williams said. “As an older guy and as a starter, you know you can’t get too high and you can’t get too low. With guys like that competing every day with you, it makes you stay on your toes. We’re looking for that third corner. So having those guys compete and watching them competing to get better every day, it makes the whole group want to get better.”

Williams and fellow senior Faion Hicks project to be the top two corners this fall but, according to defensive coordinator Jim Leonhard, UW’s defense spent 70% of its plays in nickel last season, meaning depth at cornerback becomes more important.

Hicks took over as the slot cornerback, or nickel, last season and is likely to fill that role again. But Hicks has been limited during spring practices due to injuries to both legs, so Engram and Smith have been in the rotation at both the slot and outside cornerback positions.

“Honestly, I feel best at both positions,” said Smith, a junior who has played in 24 games. “I’ve had a lot of reps at the nickel and at corner. So just those reps have helped me just be comfortable and be able to play.”

The additional looks, especially against the UW’s top offensive unit, have helped Engram, a sophomore who played all seven games in 2020, level out his approach to each snap.

“I’ve just seen more consistency in my off technique, press technique,” he said. “Getting those reps have been really valuable to get the consistency under my belt.”

Leonhard was clear when speaking with reporters earlier this offseason that he wanted to see competition at the cornerback spots, and has said over the past two seasons he’ll ride the hot hand of whoever is practicing and playing the best.

“I’m not afraid to play guys — we have a lot of depth, there’s a number of players that were ready to play,” Leonhard said. “I’m really excited for the corner group to just come out here and continue to battle.”

UW coach Paul Chryst adjusted the makeup of his coaching staff in an effort to give the cornerback group extra attention. He hired Hank Poteat as the position coach, and his influence is already being felt in the finer details he’s able to address with players. All four corners who spoke with reporters Monday indicated Poteat had improved their press coverage technique in his nine weeks on the job.

Poteat’s seen Engram and Smith grow in his short time around them.

“I think they’re ready,” he said. “They want to get on the field.

“They’re doing a good job of retaining the information and understanding where they fit within the defense. They’re starting to pick up the techniques and understanding how to read the receivers. I think they’re doing a real good job for us. They’re play hard. Those are two of the guys I would say are really tough mentally. Being in that position, just challenging receivers, being able to play guys in the box, receivers off the ball, and then be able to now transition and go back outside.”

The cornerback group has been one of the most visibly collaborative during spring practices, as players go through plays on the sideline and point out different keys to look for in a receiver’s route.

Although they’re competing, Engram and Smith have been on the field together often this spring.

“I love working with Dean, with Dean-o,” Smith said. “He’s a real guy, he’s a competitor. I’m looking to get better every day. He pushes me, I push him. I think we’re a great team.”

If Engram and Smith continue their trajectory and make an impact this fall, they’ll be two more examples of UW’s development system paying dividends. Both were three-star recruits in high school and paid their dues, setting up the opportunities ahead.

With University of Wisconsin athletic director Barry Alvarez announcing his upcoming retirement, everyone from former Badgers and current NFL …

Chimere Dike showed big-play ability, tight ends were all over the field and Leo Chenal shined at the Badgers' ninth spring practice.

Tatum Grass pushes for bigger role among Badgers' inside linebackers

Making headway and earning reps at inside linebacker for the loaded Badgers is a difficult task, but sophomore Tatum Grass was able to do that last season despite being a redshirt freshman walk-on and still new to the position.

Starting next season, major college football and basketball players will be permitted to transfer one time before graduating without being required to sit out a year of competition.

At UW’s second open practice of the spring on Tuesday, a handful of young players showed promise and might be carving out paths to playing time.

“Every time you get to your senior year, you kind of feel a responsibility that it’s kind of your time to take over the reins,” Logan Bruss said.

Once it was over, Graham Mertz took time to reflect after his first college football season as a starter.

“He told us that he wanted corners that played with a dog mentality. He just want dogs out there on the island," Badgers junior Alexander Smith said of  new cornerbacks coach Hank Poteat.

The Badgers passing offense could be "explosive" if UW's top wide receivers can stay healthy this season.

State Journal beat reporters Colten Bartholomew and Jim Polzin get together over Zoom for a special episode of the show: UW senior cornerbacks…

A look at how special teams coach Chris Haering will choose a starting kicker, plus new on the return units and long-snapper position.

The offense lacked same crispness it has had in other practice sessions.

"The age of football that we're in with all the spread, all the RPO, you can create some issues," Jim Leonhard said of using his safeties at different positions. 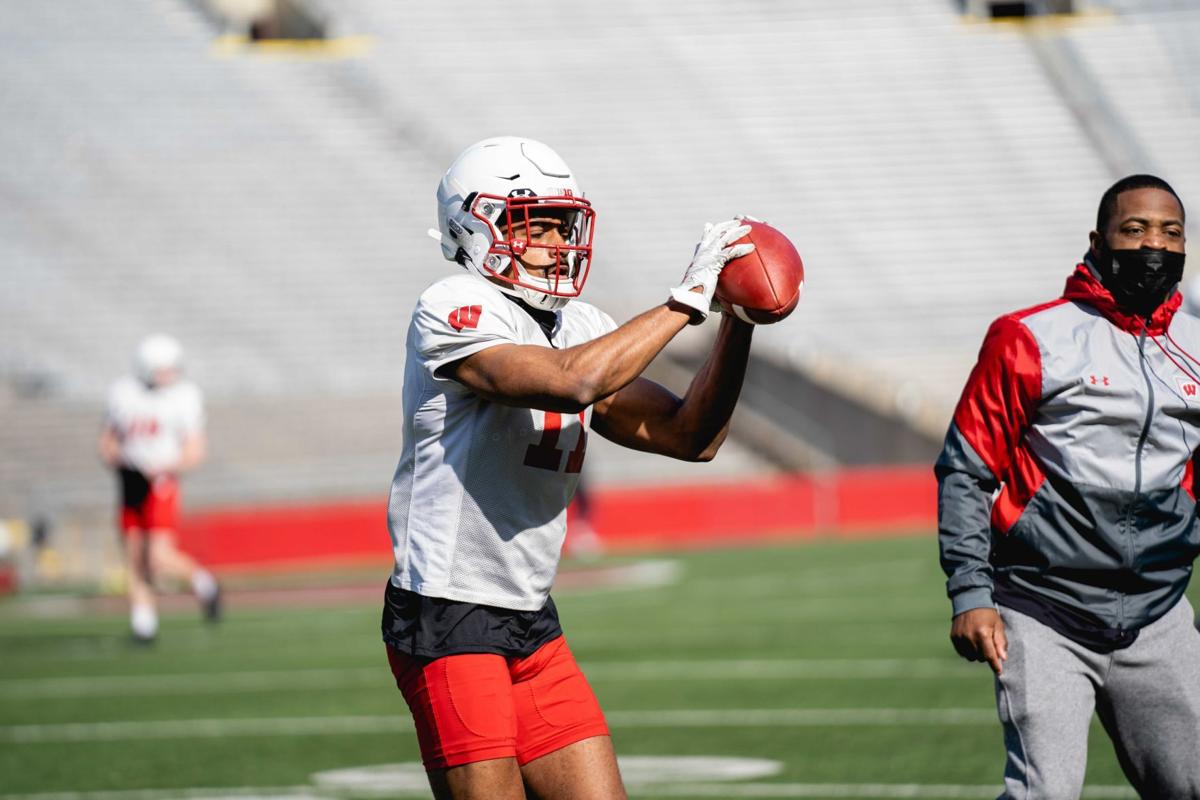 Junior cornerback Alexander Smith catches a pass in a drill during Badgers spring football practice. Smith is pushing to become a more frequent contributor at cornerback after spending most of his time on the field in the special teams units. 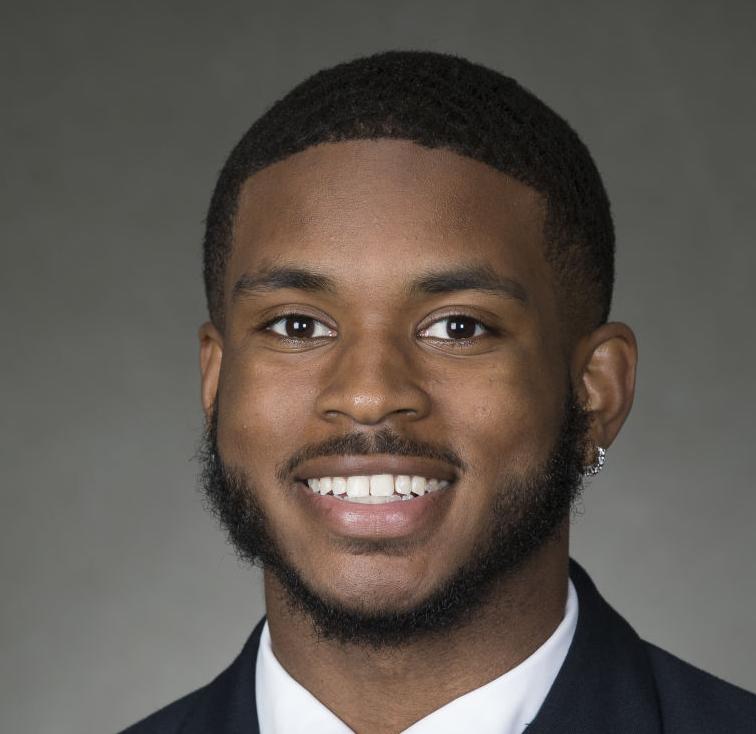