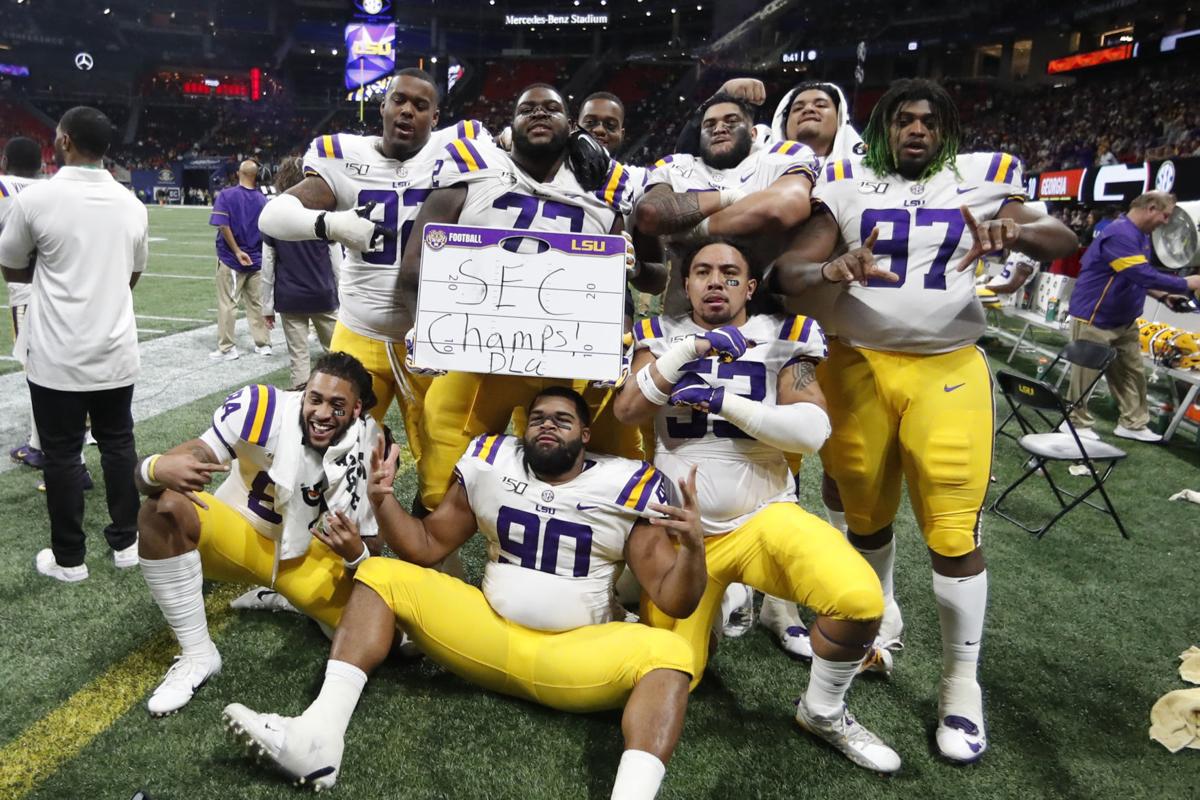 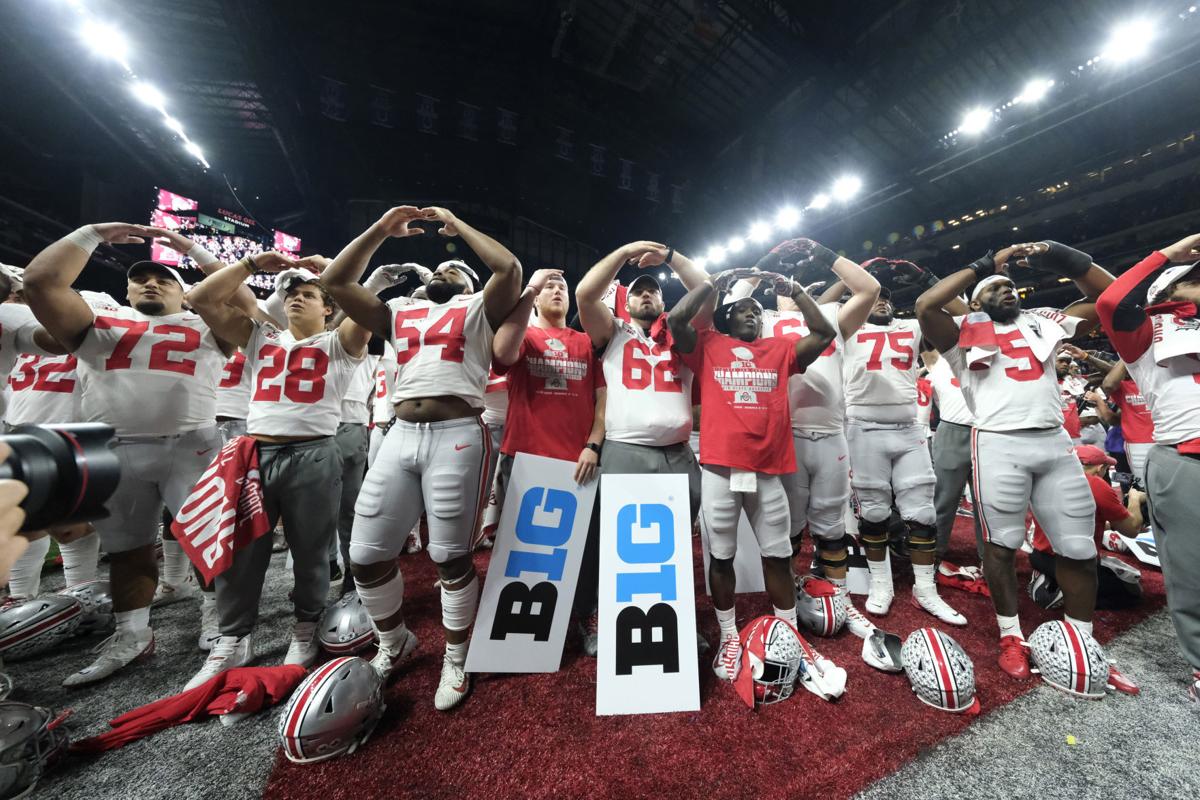 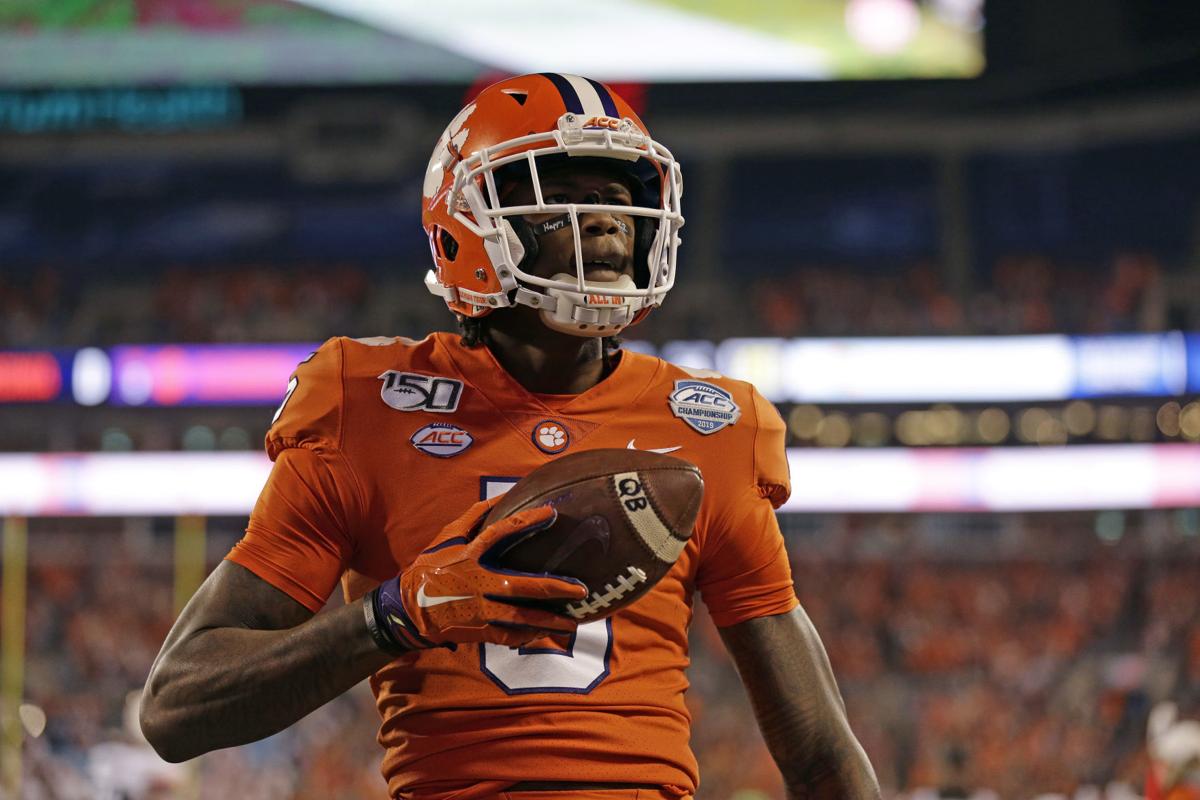 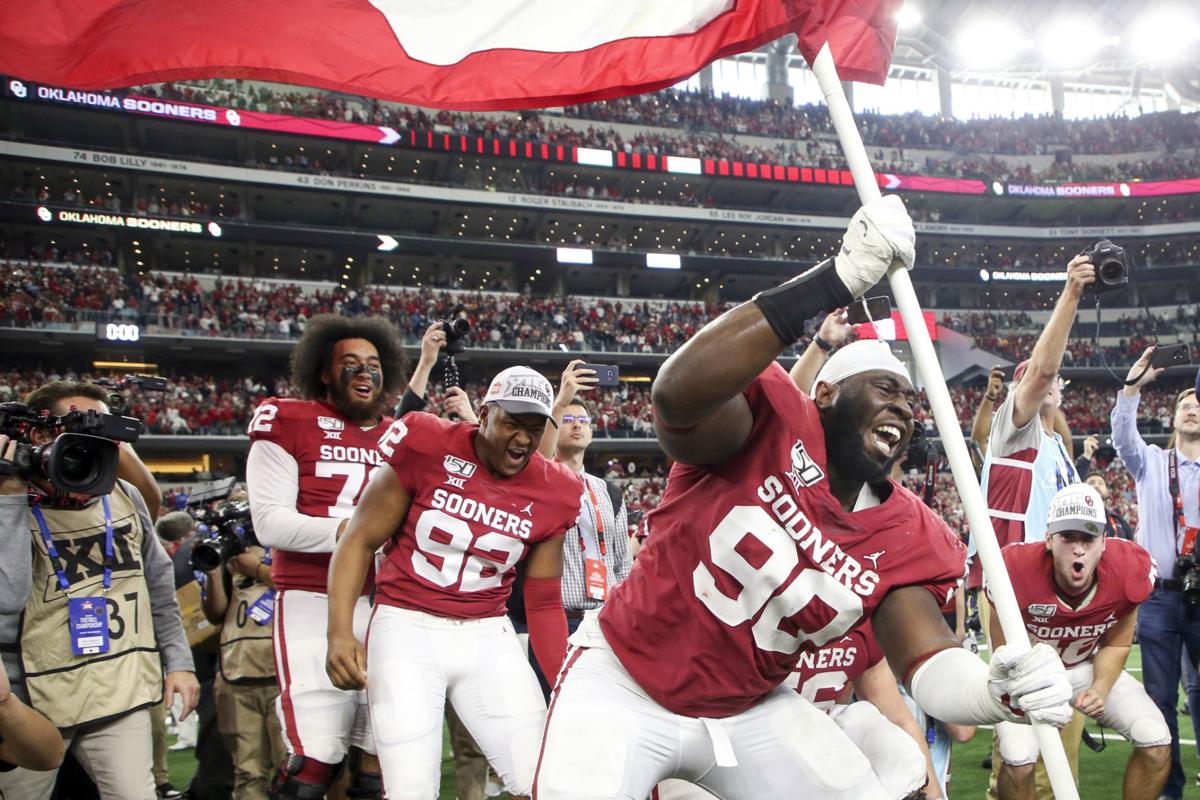 Defending national champions. Undefeated and owners of a 28-game winning streak, longest in the nation.

The Clemson Tigers are one heck of a No. 3 seed.

Clemson will play second-seeded Ohio State in prime time Dec. 28 in the College Football Playoff semifinal at the Fiesta Bowl in Glendale, Arizona, looking to make it three national championship in four seasons.

"We're just excited to be in it," said Clemson coach Dabo Swinney, who has spent much of the last month playing up how his team was being disrespected by being relegated to third in the rankings after starting the season No. 1 in the polls.

The other semifinal matches No. 1 LSU and No. 4 Oklahoma.

The selection committee revealed the pairings Sunday and the final four was no surprise. The only mystery involved which would be the top seed among three undefeated teams that have been hammering opponents most of the season. The 13-member committee went with Southeastern Conference champion LSU. The Tigers (13-0) will face the Big 12 champion Sooners (12-1) in the Peach Bowl, four hours before the Fiesta Bowl kicks off.

LSU used a convincing victory against Georgia on Saturday to move up. Ohio State (13-0) had been atop the committee's rankings last week, but the Buckeyes slipped to No. 2 after coming from behind against Wisconsin to win the Big Ten title.

The national championship game is Jan. 13 in New Orleans. The No. 1 seed has yet to win the CFP in five years.

The Tigers and Buckeyes flip-flopped at No. 1 a couple of times throughout the committee's six weeks of ranking teams and chairman Rob Mullens said the debate was similar each week.

"Every weekend one of the them has done something to move above the other," said Mullens, the athletic director at Oregon. "LSU's performance against a No. 4 ranked Georgia compelled the committee to put them just ahead of Ohio State."

The rest of the New Year's Six bowls were:

— Oregon vs. Wisconsin in the Rose Bowl on Jan. 1.

The final four fell into place thanks to the favorites winning their conference championship games and Utah losing the Pac-12 title game to Oregon. The Utes had been No. 5. That left three undefeated Power Five champions, a fourth with one loss and nobody else with a legitimate case to claim a spot.

The intrigue was about the top seed, knowing Clemson was likely locked into No. 3. The Tigers have been mauling opponents for the last two months, but the ACC has not provided Clemson any top-flight competition. Ohio State has five victories against CFP-ranked teams, including Wisconsin twice. LSU has four, all of which were ranked in the top 13. Clemson's only game against a team that made the committee's final rankings was its 62-17 victory Saturday against Virginia.

Still, drawing Clemson, which hasn't lost since the 2017 playoff semifinals against Alabama, rather than an Oklahoma team with five victories by a touchdown or less certainly seems like a tougher task for the Buckeyes. Clemson (13-0) is making its fifth straight playoff appearance, tying Alabama for the most.

LSU is in the playoff for the first time, the only newbie in the field. The Tigers will likely bring the Heisman Trophy winner with them. Quarterback Joe Burrow capped a record-breaking season by throwing four more touchdown passes against Georgia in the SEC championship.

Ohio State is making its third playoff appearance and first since 2016 after just missing out the previous two seasons. The Buckeyes won the first playoff championship in 2014. Their last appearance came after the 2016 season, when they were shut out by Clemson in the semifinal at the Fiesta Bowl. That was all under coach Urban Meyer. Now Ryan Day leads the Buckeyes, and in his first season as Meyer's successor the Buckeyes have won each of their games by double-digit margins.

''Do I feel we should have been the 1 seed? Yeah. But LSU's done an unbelievable job and what Joe (Burrow) has done," Day said. "At the end of the day, you have to go beat the best to win a national championship, and Clemson certainly is that."

The Tigers are 3-0 all-time against Ohio State, all in the postseason. The Buckeyes enter the playoff with a 19-game winning streak, second only to Clemson's streak.

"We've played them a couple times, and this is easily the most talented and most complete Ohio State team that we've played," Swinney said.

Oklahoma is in the playoff for the fourth time, but has yet to win a game. This will be the third consecutive year the Sooners face an SEC team.

Oklahoma and LSU have split two previous meetings: The Sooners won the 1950 Sugar Bowl and the Tigers won the BCS championship game at the Sugar Bowl in 2004.

Former Alabama quarterback Jalen Hurts is back in the playoff for the fourth straight year, this time with the Sooners after going three times with the Crimson Tide. Hurts follows Heisman winners Baker Mayfield and Kyler Murray as quarterback transfers to find success in coach Lincoln Riley's offense.

LSU and Ohio State are also led by transfer quarterbacks. Burrow started his career at Ohio State before switching schools in 2018. Buckeyes quarterback Justin Fields was at Georgia last season.

Clemson quarterback Trevor Lawrence led the Tigers to a national championship as a freshman last season, the first time since 1985 that happened.

The Buckeyes were able to weather the storm, creating big plays in the second half to overcome their largest deficit of the season and come aw…

After jumping out to a 21-7 lead at halftime, the University of Wisconsin football team gave up 27 unanswered points to the Ohio State Buckeye…

Opponent Oregon's season has been quite similar to UW's.

Justin Fields vs. Trevor Lawrence: ‘This is the future of the NFL’

When Justin Fields and No. 2 Ohio State take on Trevor Lawrence and No. 3 Clemson in the College Football Playoff semifinal at the Fiesta Bowl on Saturday it could be the start of something big.

In his first game as a Heisman Trophy winner, Joe Burrow threw for seven touchdowns and 493 yards as No. 1 LSU romped to a stunning 63-28 victory over No. 4 Oklahoma in the Peach Bowl semifinal game Saturday.

Facing a serious challenger for the first time in months, No. 3 Clemson and its perfect quarterback had to tap into their championship DNA to beat Ohio State and advance to the College Football Playoff title game for the fourth time in five years.