Members of the Big Ten Conference’s Anti-Hate and Anti-Racism Coalition were announced Monday, with administrators, coaches and student-athletes coming together to “provide viable solutions” to racism and hate.

The conference also announced The Big Ten Conference Voter Registration Initiative, which will educate student-athletes on how to register to vote, casting a vote and combat voter suppression.

Lauren Gross — a UW alum who works as the Big Ten Network’s human resources director — is also a part of the coalition. 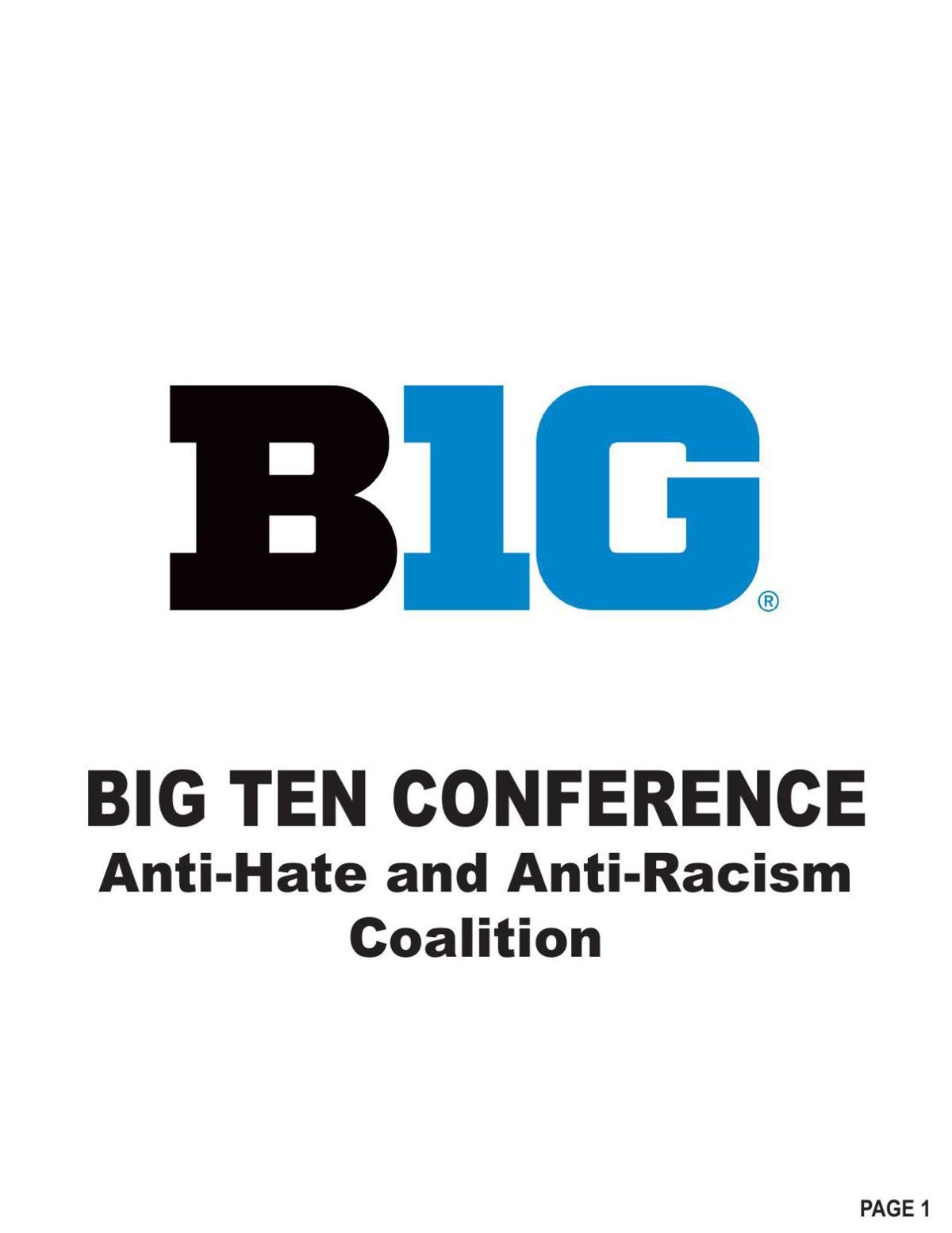 “We have the distinct opportunity and responsibility through our Coalition to continually encourage, educate and empower our student-athletes as we embrace transparent and much-needed dialogue regarding meaningful issues that have impacted race relations for many years,” Warren said in a statement.

Warren said the push to educate Big Ten student-athletes on the importance of voting and helping them register to vote is a “natural extension of the conversation within the Coalition.” Monthly programming will begin in July and run until the Nov. 3 general election.

The Big Ten’s committee is partnering with the Lawyers Committee for Civil Rights Under Law and its Election Protection program to combat voter suppression.

“Student-athletes have unique platforms that can be used to educate and activate students all across the country. I am excited to partner with Commissioner Kevin Warren and the Big Ten Conference Anti-Hate and Anti-Racism Coalition to help promote civic participation and ensure that the voices of all student voters are heard this election season,” said Kristen Clarke, president and executive director of the Lawyers' Committee for Civil Rights Under Law.

Usually, I am not a fan of protests. A whole bunch of people charge about and then go home. Nothing is accomplished because there is no plan o…

Jackson and a team of Badgers administrators are working on a strategic plan to address diversity, inclusion and engagement issues.

Under the proposal, the University of Wisconsin — slated to open its season Sept. 4 against Indiana at Camp Randall Stadium — would start mandatory workouts on July 12.

The 6-foot-8 junior middle blocker helped lead the Badgers to the national championship match in volleyball.

Van Lanen is the only Badger to earn preseason recognition from Walter Camp Football, and one of three Big Ten players to make the first team offense.

A UW spokesman said Thursday that all 14 of the coaches whose contracts are typically considered by the Athletic Board in spring meetings were extended by a year.

The Badgers announced Thursday that Gross will join the coaching staff for the 2020-21 season while also training for the Olympics.

Bollers is ranked the 98th overall recruit in the country by Rivals, 147th by 247Sports and 200th by ESPN, and is the fifth four-star recruit in UW’s 2021 class.

Red Zone podcast: Badgers returning to campus and lessons to learn from Iowa

Topics include how UW is handling athletes being back on campus, a conversation with the head of a Big Ten task force, the racism allegations at Iowa and more.

The renewal rate is lower than the 95% range seen in recent seasons, but the COVID-19 pandemic has added a challenge not seen before.

UW freshman offensive lineman talks his recruiting process, his goals and the hill that made him who he is.

The University of Wisconsin announced Monday its plans and protocols for student-athletes’ return to campus.

Luneau made a non-binding oral commitment to play for the Badgers starting in 2022 but reportedly signed with a QMJHL team Friday after being drafted.

Deputy athletic director Chris McIntosh acknowledged, though, that there have been internal discussions about how to handle limitations that could be brought about by COVID-19.

Social distancing requirements have changed the look of UW football workouts, but the substance is the same.

“I think that what’s empowering is that everyone’s voice really matters, especially in the confines we’re talking about, in our locker room, in our staff room, in our team room," Paul Chryst said Monday.