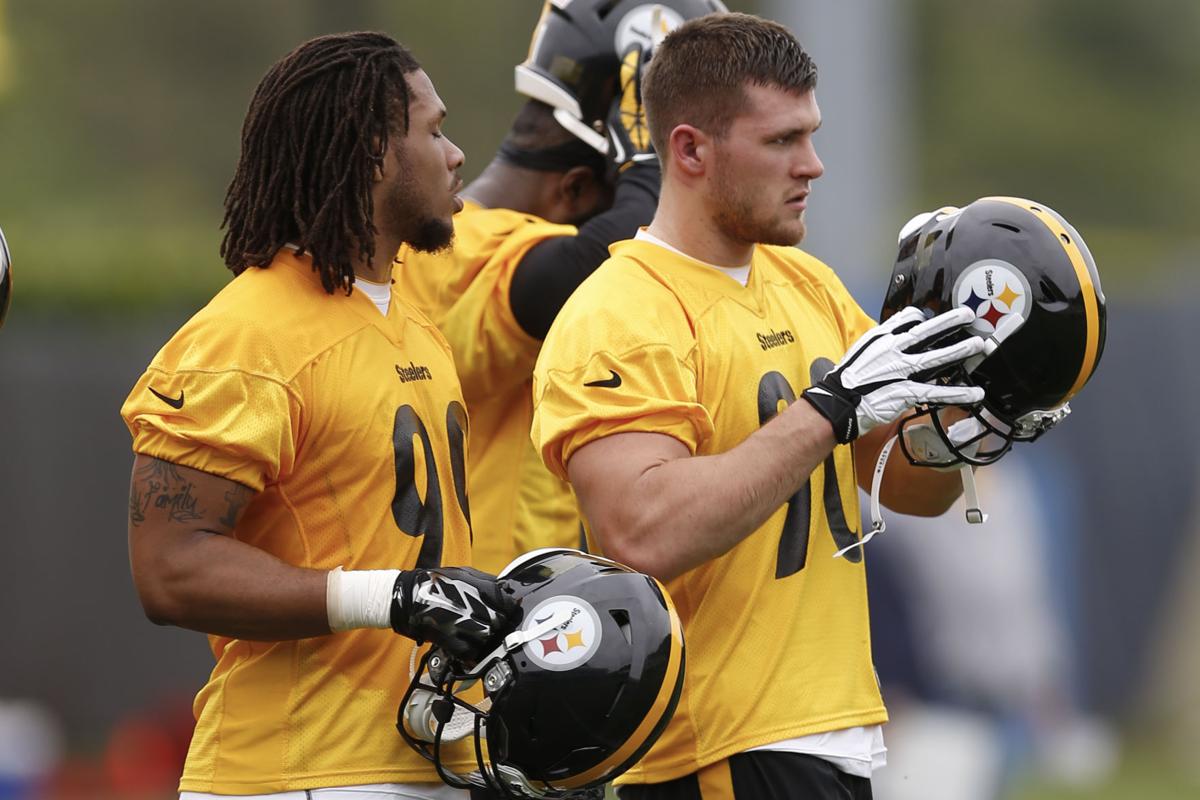 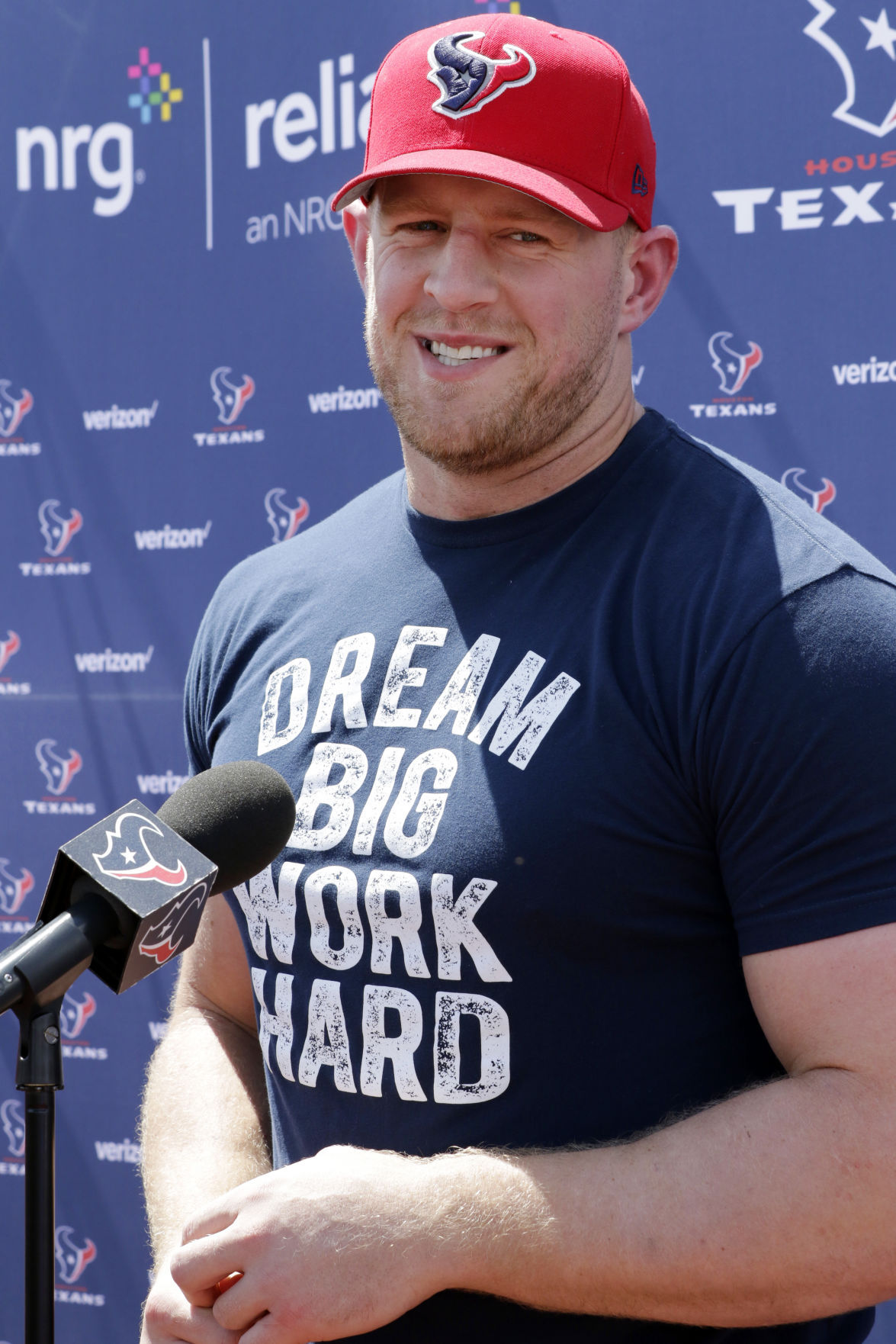 Houston Texans defensive end J.J. Watt has earned three NFL Defensive Player of the Year awards after a standout career at the University of Wisconsin. 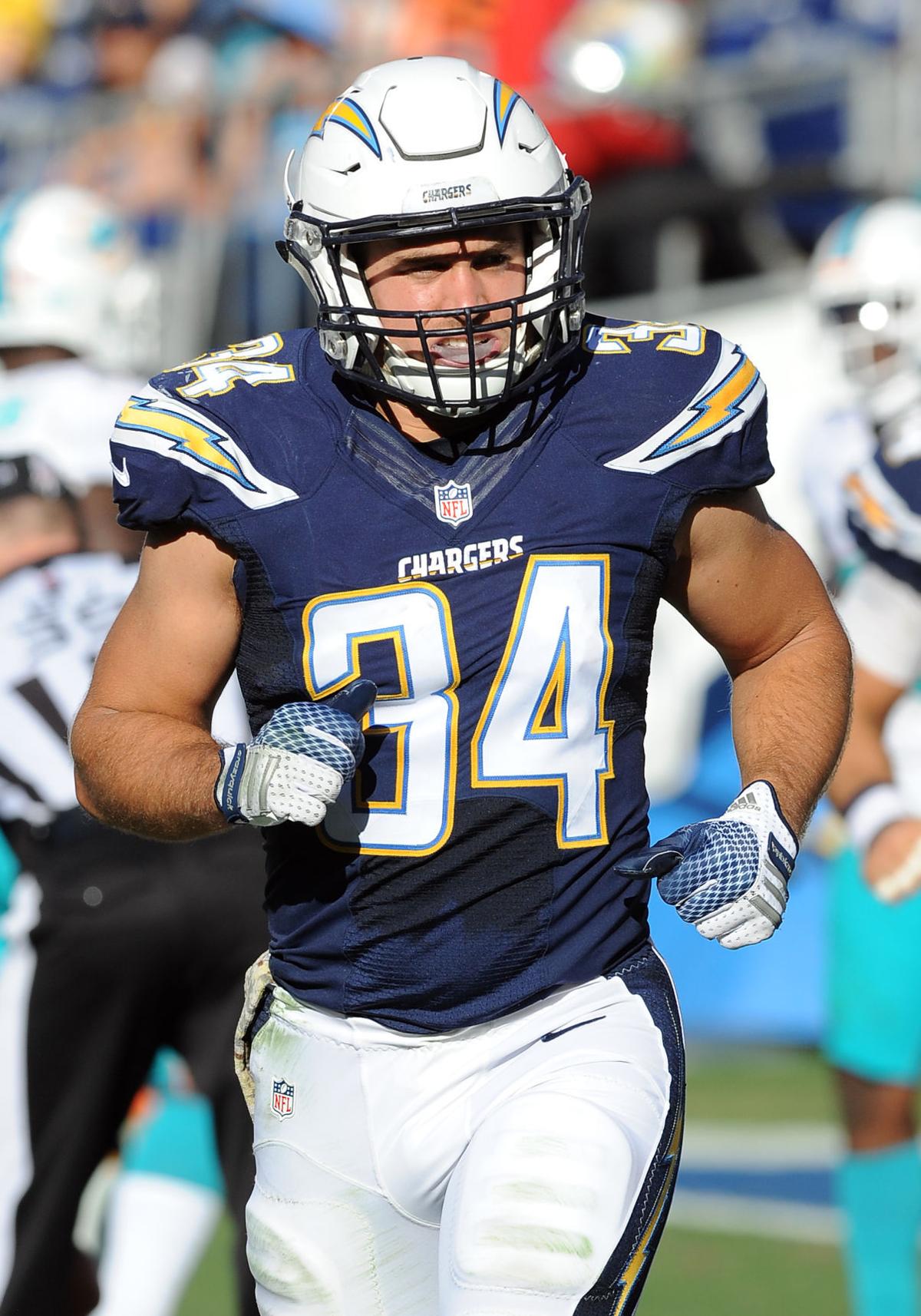 For nearly six hours Saturday, one of the most successful group of siblings in the game of football led a large group of Madison’s youth at the Goodman Center in a volunteering extravaganza that included packing boxes of non-perishable food for area pantries, building a greenhouse and more.

There were games throughout the day, plenty of laughter and 200 kids eager to snap their photo with J.J., T.J. and Derek Watt during the “One Saturday to Dream Fearlessly” event put on by American Family Insurance.

It was a scene T.J., the youngest brother and recent first-round draft pick by the Pittsburgh Steelers, still can’t quite fathom. Giving back to the community and spending time with his brothers is nothing new, but playing the role of football star that children look up to will take some getting used to.

“I don’t know if any of it really hits me fully yet,” T.J. Watt said. “I think a lot of times it’ll be like … why does anyone want to see what we’re doing? Then you get here and people go crazy to see us. Everything’s happening so fast that you don’t really have time to sit back and say, ‘Wow, I’m in the NFL.’”

T.J.’s departure from the University of Wisconsin this year marks the end of the Watt era in Madison. For the first time since 2007, before J.J. began his journey to becoming one of the greatest defensive players in the history of the game, the Badgers do not have any Watt brothers on their roster.

Now, all three are expected to play key roles on NFL rosters this season. J.J., a three-time NFL Defensive Player of the Year for the Houston Texans, missed most of last season due to a back injury but now feels 100 percent healthy. Derek was one of just three fullbacks taken in last year’s NFL draft and settled in as a lead blocker for running back Melvin Gordon, another former UW star. T.J. has high expectations for his rookie season after a breakout year at outside linebacker for the Badgers in 2016.

“I don’t know if it’ll ever really truly sink in,” J.J. said. “I think that some day, I’m sure, when we’re sitting around the bonfire, we’ll look back and be like, ‘Wow, that was unbelievable.’ But right now, it’s such a cool and crazy concept that it’s really hard to even wrap your head around it.”

The rare accomplishment of three brothers all making it to the NFL becomes magnified when considering the obstacles each faced.

J.J. began his college career at Central Michigan before walking on at UW, having to work his way from the bottom before becoming a first-round NFL draft pick.

Derek overcame foot surgery as a sophomore and was forced to break into the NFL at a position teams no longer prioritize or even use at all. T.J. underwent major knee surgery multiple times and changed positions before putting it all together last season.

“We had to do what we had to do to get on the field and make our mark,” Derek said. “Everyone dreams of making it to where we are right now, and that’s how we were as kids. … We’ve pushed each other to get here. J.J. set the bar for us. I think when (T.J.) plays his first NFL game this year, it’s going to be pretty special. It’ll be a big one for our family.”

The three moderately recruited athletes out of Pewaukee left a lasting impression at UW and have made the Watt name recognizable across the country as they’ve moved on to the highest level of football.

While fame was never the goal when they dreamed of NFL success, their legacy may only continue growing now that their time with the Badgers has ended.

“For me, and I think my brothers would say the same, it’s never been about making the name big everywhere else,” J.J. said. “There was one thing my grandpa always told me before. He said, ‘You guys make me proud to have the last name Watt.’ To have your grandpa look you in the eyes and say that is something really special for me. And that’s what we’ve always been about, is just trying to make our family and friends as proud as we can, and as a byproduct a lot of cool things come along with that.”

Cornerback Travian Blaylock became the latest player to commit Thursday night when he reportedly pledged his future to the Badgers.

Houston Texans defensive end J.J. Watt has earned three NFL Defensive Player of the Year awards after a standout career at the University of Wisconsin.