Paul Chryst admired Jim Leonhard since Chryst’s days as an offensive coordinator for the University of Wisconsin football program from 2006-11, when Leonhard, a former All-American safety for the school and then-NFL veteran, often returned to Madison during the offseason.

Throughout Leonhard’s playing career, which spanned six NFL teams over 10 years, countless coaches and teammates lauded his knowledge of the game. Leonhard became the quintessential example of a coach on the field — typically a cliche, coach-speak response used to describe smart, experienced players, but one that Leonhard may have truly embodied more than anyone else.

Leonhard opted to take a season off from football before accepting the position in February 2016. Less than a year later, the 34-year-old began coordinating one of the best defenses in college football.

“Jimmy’s a guy that it’s not hard to feel confident about,” Chryst said. “You didn’t know if that’s what he wanted ... but it was a pretty safe bet that if he wanted to get into coaching, he’d be really good.”

It isn’t just Leonhard’s résumé or experience as a player that’s helped him succeed with UW the past two seasons, though.

For inside linebacker T.J. Edwards, much of Leonhard’s success can boil down to a philosophy he often shares with his players.

“Football is a very easy game complicated by coaching,” Edwards said. “(That’s) one of the best messages I’ve taken from (Leonhard). ... I absolutely love that saying. He knows that he just needs to give us the tools so we can go execute on Saturdays.”

While Leonhard’s developed a vast understanding of football, he also knows how to simplify it to best suit his players.

Chryst said many coaches often try to impress others with how much they know. Leonhard, however, has already naturally mastered ways to communicate what he knows to help players grow.

He competed with and against NFL stars that current players grew up watching. He’ll often share film of himself as an example of how to perfect certain techniques — clips that may still only be a few years old.

Senior safety D’Cota Dixon joked at this year’s Big Ten Media Days in Chicago that Leonhard is “burnt wood” —meaning he’s exhausted his playing days, but he knows Leonhard isn’t actually far removed from playing at the highest level. Dixon called it “mind-blowing” to see tape of his coach telling someone like NFL star cornerback Darrell Revis what to do on certain plays.

“When you’ve got a coach like that who’s done it all in a lot of ways, sometimes he feels like a teammate,” Dixon said. “He’s like the captain of that back end. Sometimes he feels like he’s on the field with you. I think when our guys internalize and take to heart what he’s saying with how he’s coaching us, the results show.”

Leonhard’s success last season didn’t go unnoticed. He became the subject of many coaching rumors as the team prepared to take on Miami in the Orange Bowl in December, including a report that Florida State was maybe willing to spend big money in order to hire Leonhard as its defensive coordinator.

Leonhard confirmed he had opportunities to leave Madison in the offseason, saying he “talked to a lot of people and got a lot of interest.” The level of attention even surprised Leonhard a bit.

As a native of the state and one of its legendary players, though, there aren’t many jobs, if any, that could pry Leonhard away from his alma mater at this stage in his career.

“Madison is where I want to be,” Leonhard said. “I want to succeed here. I want this program to get as high as we can get it. ... This is the right situation for me to be in. I want to be a Badger for a long time.

“There’s things that spark your interest, but at the same time, I know what’s here and I love it. It’s one of those things where, the grass is not always greener on the other side. You have to understand that. I feel like I have an understanding of that. There could be some good situations out there, but right now I’m not really interested. I want to be here and raise my family in Madison and be part of this family.”

This season may be the toughest challenge Leonhard’s faced in his short coaching career.

UW must replace seven starters on defense, including three in the secondary, and is already forced into coping with injuries to its defensive line. The Badgers opened fall camp with four freshmen taking first-team reps on defense and more who could make major contributions.

After inheriting a group that had enjoyed success for years before Leonhard arrived, 2018 could be an opportunity to show just how valuable he really is.

“No matter who ends up on the field, you’re going to have some young players out there. That’s a challenge as a coach because you don’t know how they’re going to respond in front of 80,000 people. Some of these guys haven’t done it. I’m excited for that.”

If you asked a 15-year-old Jonathan Taylor where he saw himself in five years, winning the Heisman Trophy would never have entered his mind.

A month ago, any talk of the upcoming Big Ten Conference football season centered around three words:

The Hilltoppers, who open the season against the No. 4 Badgers Friday night, list five players as co-starters at running back.

Long known as college football’s greatest overachiever, Wisconsin clearly has stepped up its game in three seasons under coach Paul Chryst and his accomplished staff.

Dunn and Krumholz were listed as the second-team wide receivers on the Badgers' first depth chart of the season Sunday.

Alex Hornibrook still has a lock on the starting position heading into his junior season, but another year in the system has Jack Coan feeling more prepared if he’s called upon.

Tom Oates: UW has chance to show it truly does athletics the right way

Even if the Quintez Cephus case was a one-time incident, UW must treat it with all the seriousness it demands.

Who has the edge as Wisconsin Badgers host Western Kentucky Hilltoppers?

While the Badgers’ vaunted offense didn’t pile on points right away, fourth-ranked Wisconsin still eased past Western Kentucky, 34-3, to open one of its most anticipated seasons ever.

The Wisconsin Badgers hosted the Western Kentucky Hilltoppers in the 2018 season opener Friday night at Camp Randall Stadium in Madison.

Badgers get creative after injuries leave them shorthanded at tight end 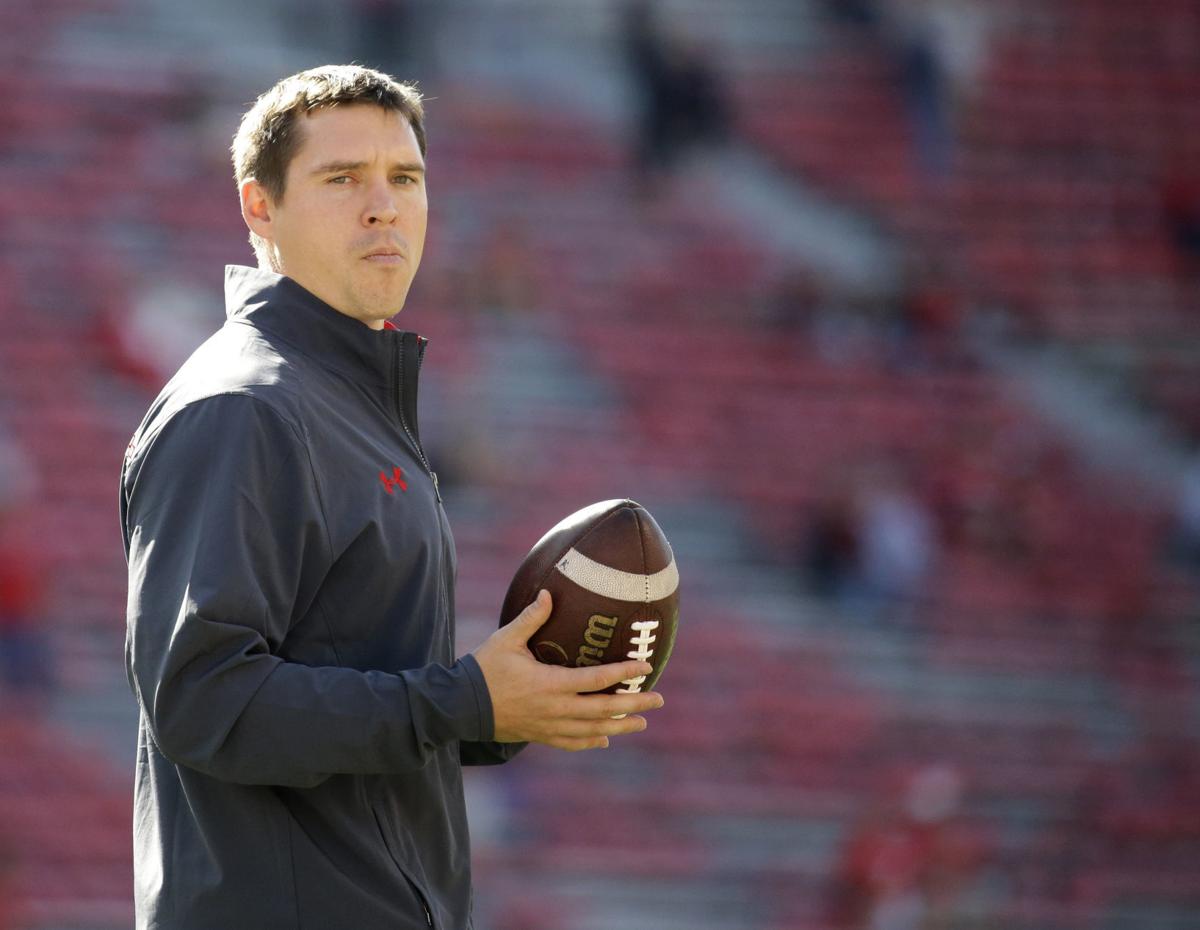 Throughout Jim Leonhard’s playing career, which spanned six NFL teams over 10 years, countless coaches and teammates lauded his knowledge of the game. 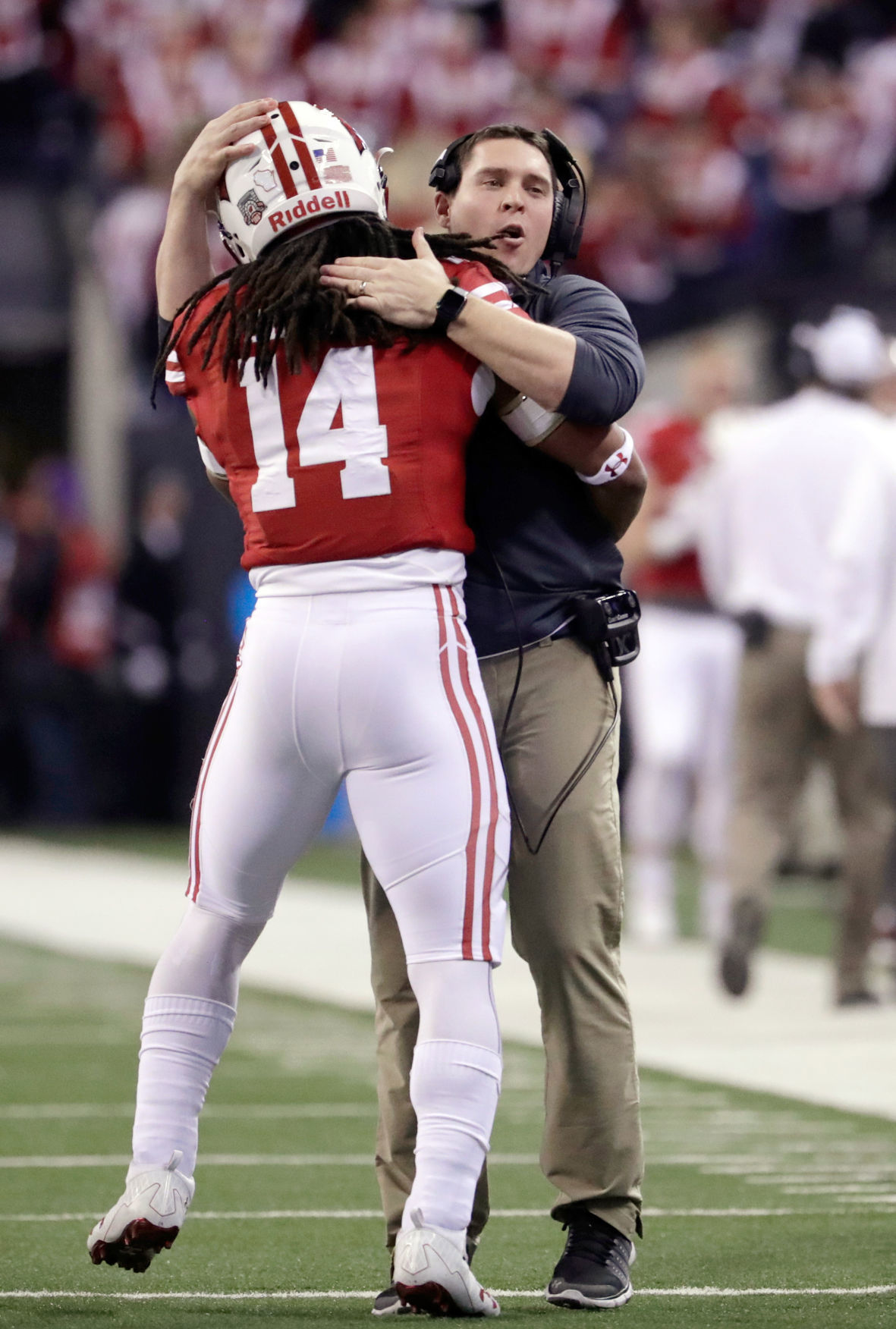 Badgers defensive coordinator Jim Leonhard embraces safety D'Cota Dixon after a defensive touchdown during the first half of Wisconsin's loss to Ohio State in the 2017 Big Ten Championship Game on Dec. 2, 2017, in Indianapolis. 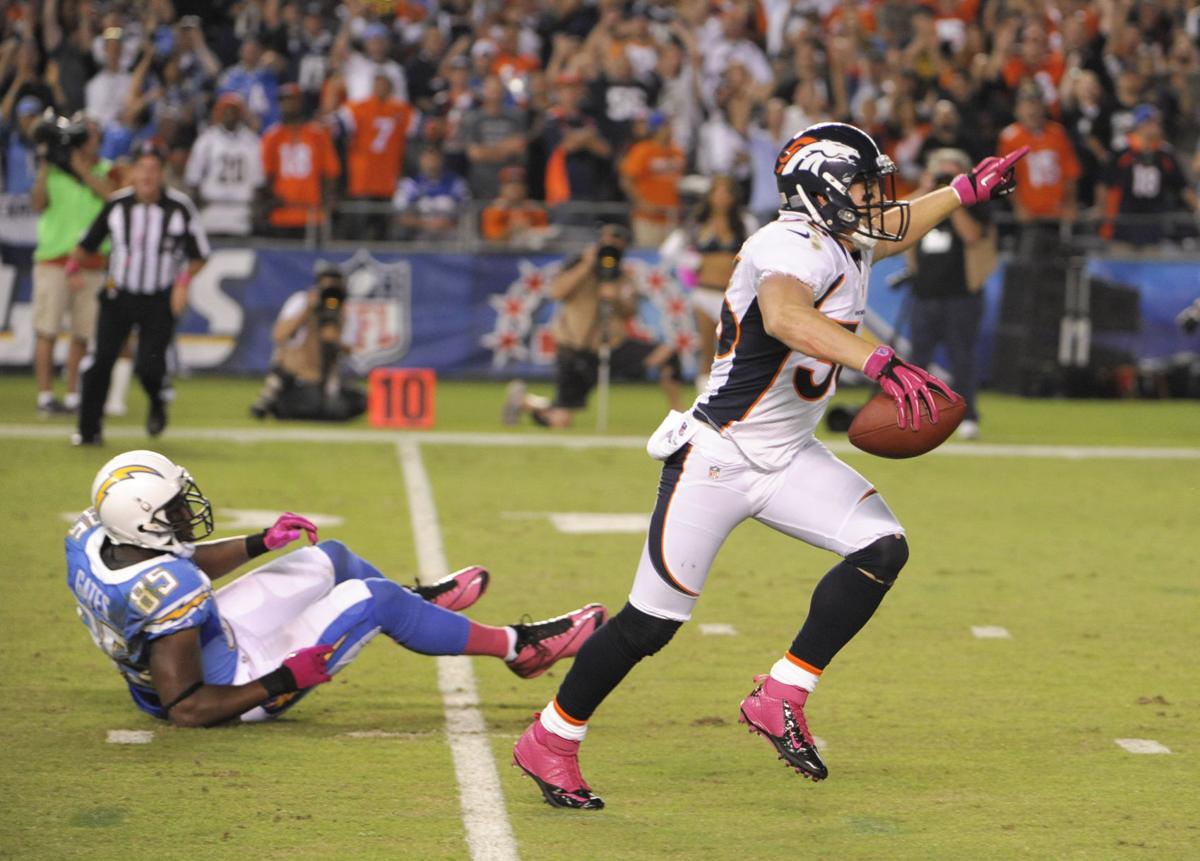 Jim Leonhard played for six teams, including the Denver Broncos, during his 10-year NFL career.