The tattoo depicts part of what the Oregon freshman defensive end saw growing up in Los Angeles. Palm trees and the L.A. skyline sit atop the L.A. Dodgers’ logo in the image. He’s proud of where he’s from and what he’s accomplished in his first year with the program.

He said Friday at a news conference going to college was far from a given growing up.

“For me, college wasn’t even a dream,” Thibodeaux said. “I guess for a lot of kids that come from where I come from, you don’t even have the hopes for college.”

His journey through his first year as a college football player is about to come full circle when Oregon (11-2) takes on the University of Wisconsin (10-3) in the Rose Bowl. While Thibodeaux went to Oaks Christian High School in the L.A. suburb of Thousand Oaks, he was raised in South Central L.A. — across the street from the Los Angeles Memorial Coliseum, he said.

He didn’t get to go to any Rose Bowls as a child, but he remembers seeing buses roll through his neighborhood filled with Rose Bowl-bound teams. This will be the second time this season Thibodeaux has played in the L.A. area, with the Ducks’ game at Southern Cal the first.

Thibodeaux was a prized recruit, the top-rated player in California and a top-10 prospect nationwide by the major recruiting services last year. He was the most heralded recruit in Oregon’s history. After enrolling early, he quickly made an impression.

“I think it was when we were doing some conditioning and he was running like a gazelle, and I was like, ‘Man, that kid is going to be special,’” senior inside linebacker Troy Dye said. “Because when you can run really well, you can practice well, you have good cardio, you are bound to make it.”

Junior safety Brady Breeze remembers the first snaps Thibodeaux took in a No. 1 offense vs. No. 1 defense setting. Thibodeaux bolted around the edge and would’ve sacked quarterback Justin Herbert in a game setting.

Thibodeaux has played in all 13 games, with five starts, for the Ducks; he’s listed as a starter for the Rose Bowl. His nine sacks are a program record for a freshman, and he has 14 tackles for loss. He’s been especially productive in the past four games, accounting for 5½ of his sacks in that stretch, and had the best game of his career against Utah in the Pac-12 Championship Game.

Against the Utes, Thibodeaux had 2½ sacks, five tackles and he blocked a punt. He was voted the Freshman Defensive Player of the Year in the Pac-12.

Thibodeaux said he was hesitant to start the year, not fully trusting himself in a new scheme and in the college setting. But once things clicked in the second half of the season, he became a game-changer.

“In the beginning of the year, I feel like I didn’t contribute enough,” he said. “There was a lot more I could’ve done. I was kind of hesitant because of the (starting) situation and I didn’t really know about college football. As the season went on I got more confident and I was able to just play the game.”

Oregon defensive coordinator Andy Avalos knew he had a special athlete on his hands when he saw how Thibodeaux — listed at 6-foot-5 and 242 pounds — got off the ball. The quickness of his movements on the snap were rare, Avalos said. Thibodeaux just needed to find ways to refine those raw traits.

Thibodeaux was active in trying to find ways to improve. Dye said Thibodeaux was consistently getting extra work before and after workouts and practices, going through hand-fighting and footwork drills.

“When a young guy is doing that at 18 years old, you can tell they’ll have a really good career because if you’re starting off young like that with that work ethic, it’ll last for the rest of your life,” Dye said.

UW has seen its share of great defensive ends this season. To name a few: Ohio State’s Chase Young, whom the Badgers played twice, was a Heisman Trophy finalist; Iowa’s A.J. Epenesa is slated to go in the first round of the NFL draft; and Michigan State’s Kenny Willekes is expected to be a mid-to-late-round NFL draft pick.

But the Badgers know Thibodeaux presents unique challenges because of how the Ducks shift their defense before the snap.

“They’re probably the most aggressive defense we’ve seen all year, with different shifts and different disguises and things like that and how multiple they can be with their fronts,” running back Garrett Groshek said. “In the Big Ten, you weren’t getting as much shifting and things like that where they do a lot of it. And it makes you be honest and having to watch the extra film to see if there’s any keys or anything like that to what they’re doing.”

Keeping quarterback Jack Coan clean has been one of UW’s best attributes this season. The offensive line has allowed 20 sacks and just five multi-sack games, two of which came against Ohio State.

The Badgers need to keep Thibodeaux away from Coan as much as possible and keep him from reaching a pair of goals he’s set for himself — notching a 10th sack on the season and breaking the Rose Bowl record with more than three sacks in the game.

Preview: Three keys to Badgers’ success in the Rose Bowl

Though Jonathan Taylor is unquestionably the most important piece to the Badgers’ offense, getting Quintez Cephus, a junior wide receiver, involved early and often is crucial for UW’s success.

If quarterback Jack Coan can get Cephus (above) going, it opens things up for the rest of the offense, including Taylor. That’s the formula that worked for a little over a half against Ohio State in the Big Ten Championship Game, when Cephus was targeted 14 times, made seven catches and gained 122 yards.

With a big showing against the Ducks, Cephus has a chance to become UW’s first 1,000-yard receiver since Jared Abbrederis in 2013.

His ability to make contested catches makes him a difficult cover for any defensive back, and UW has done well moving Cephus into a variety of positions so defenses have to adjust. He’ll see a number of corners based on his alignment.

The passing game of the Ducks gets a lot of the publicity, but make no mistake, Oregon is a balanced team. When at its best, the running game adds an explosive element that helps Oregon keep the throttle down on opponents.

While the Ducks’ depth chart lists four running backs as potential starters, sophomore CJ Verdell (above) is the front man in the backfield. Verdell, who hails from Chula Vista, Calif., has scored eight touchdowns and has a team-best 1,171 yards on 180 carries this season.

Verdell had one of the best games of his collegiate career last week in the Pac-12 title game, rushing for 208 yards and three touchdowns. However, that was his first game of over 100 yards in five weeks.

Oregon has been kept under 160 yards rushing in six games this season despite rushing nearly 34 times a game in those contests. Late-season games against Nebraska and Ohio State hurt UW’s rushing defense statistics, but it is still ranked eighth in the FBS, allowing 102.4 yards per game.

Arguably the biggest factor in the Badgers’ 4-0 run in November that got them into the Big Ten title game was the variety of looks the offense gave opponents.

Coach Paul Chryst and offensive coordinator Joe Rudolph have made jet motion and jet sweep runs a staple, using them on over 20 percent of snaps in the past four games. That allows chances to get dynamic receivers the ball with space to run, as well as forces defenses to play honest on the edge instead of loading up the middle against tailback Jonathan Taylor. They’ve also used a wildcat package with receiver Aron Cruickshank at quarterback to create explosive plays, and a similar look with running back Garrett Groshek (above) at QB in short-yardage situations.

New layers to the offense they devise during the three-week stretch of bowl preparation could be crucial, as will getting Taylor the touches he needs to impact the game. In what looks to be his final game at UW, Taylor will need the offense to continue being varied to help him put a fitting end to his college career.

Get ready for the Rose Bowl with State Journal coverage

From the players to the fanfare to the game, the State Journal has you covered at the Rose Bowl. Check out all of our preview coverage here.

Three keys for Oregon to win the Rose Bowl

For University of Oregon football coach Mario Cristobal, the Rose Bowl is an opportunity to cement a quick turnaround for his program after a …

A look back: Wisconsin Badgers history in the Rose Bowl

The University of Wisconsin football team has had its share of ups and downs in the Rose Bowl.

While he hasn’t explicitly stated so, all signs point to the Rose Bowl being running back Jonathan Taylor’s final game with the University of …

Hunter Wohler — rated by multiple recruiting sites as the best or second-best prospect in Wisconsin in his class — helped Muskego to an unbeaten record and a WIAA Division I state championship this season.

Judy and Jerry Crostenberg will ride aboard a float that brings awareness of the 43 million people in the U.S. who care for a loved one.

The newly-engaged senior inside linebacker has been a game-changer for UW's defense this season.

Who has the edge when the Badgers take on Oregon in the Rose Bowl?

Oregon senior quarterback Justin Herbert could have been a high pick in the 2019 NFL draft, but elected to stay in college and now leads the Ducks against the Badgers in the Rose Bowl.

UW freshman quarterback Graham Mertz made an impression with first-team practice reps throughout the season.

Paul Chryst, who is 4-0 in bowls as UW's coach, has found the right mix of innovation and motivation during the bowl season.

"The Rose Bowl venue is the undisputed champ," broadcaster Matt Lepay told Badgers fans at a pep rally in Los Angeles on Monday.

Wednesday's Rose Bowl vs. Oregon might be the final game together for the redshirt juniors from central Wisconsin.

Tom Oates: These Badgers, Ducks very different than the teams that met in 2012 Rose Bowl

The 2012 game — won by Oregon 45-38 — was a matchup of high-powered offenses. This season's teams lean more on their outstanding defenses.

Wisconsin Badgers defensive coordinator Jim Leonhard 'home' in Madison, not drawn to other jobs yet

Get the latest analysis, injury reports and highlights as the UW football team squares off against the Oregon Ducks in the Rose Bowl.

In front of more than 90,000 people, Badgers’ sophomore receiver and kick returner Aron Cruickshank — listed at 5-foot-9 and 161 pounds — shined bright despite his team’s 28-27 loss.

Whether it was because UW wasn't ready to play its best game or because Oregon made the Badgers do it or because that's just the way the football bounced, 11th-ranked UW played an uncharacteristically sloppy game against seventh-ranked Oregon in the Rose Bowl Wednesday and paid for its mistakes. 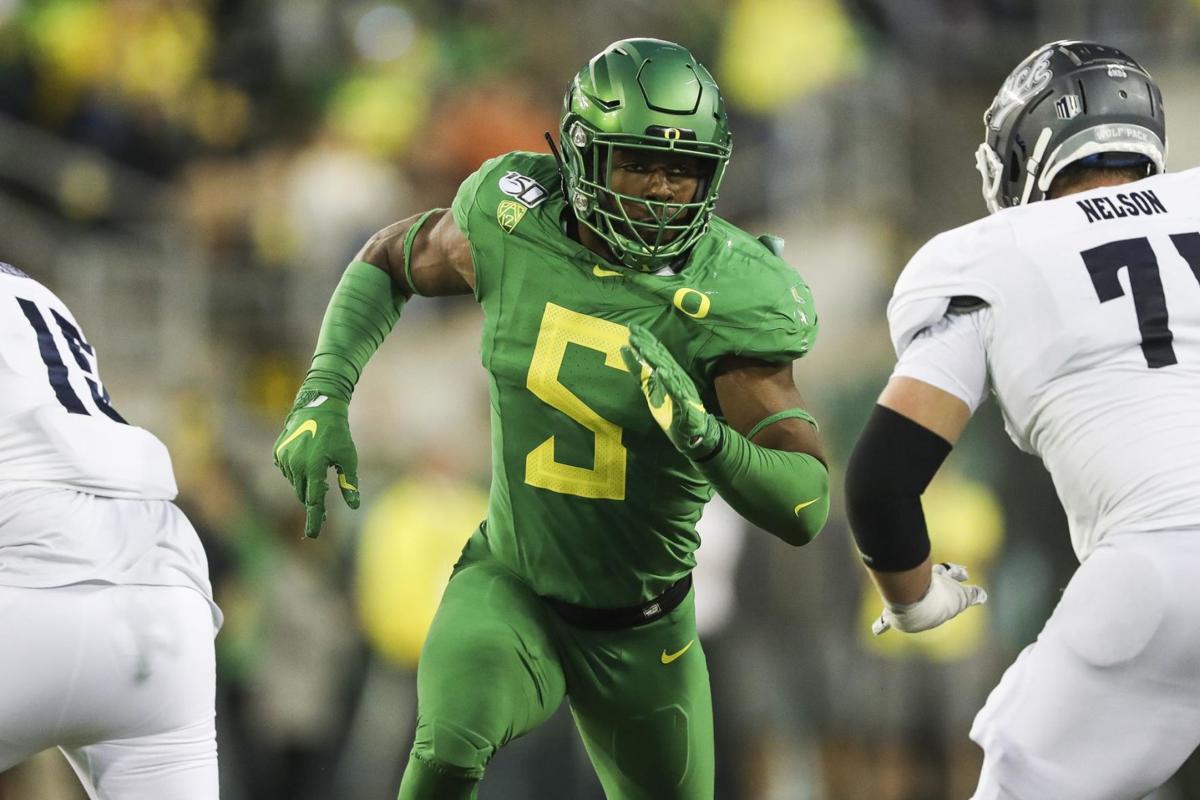 Oregon defensive end Kayvon Thibodeaux set a program record for a freshman with nine sacks this season. He has 14 total tackles for loss. 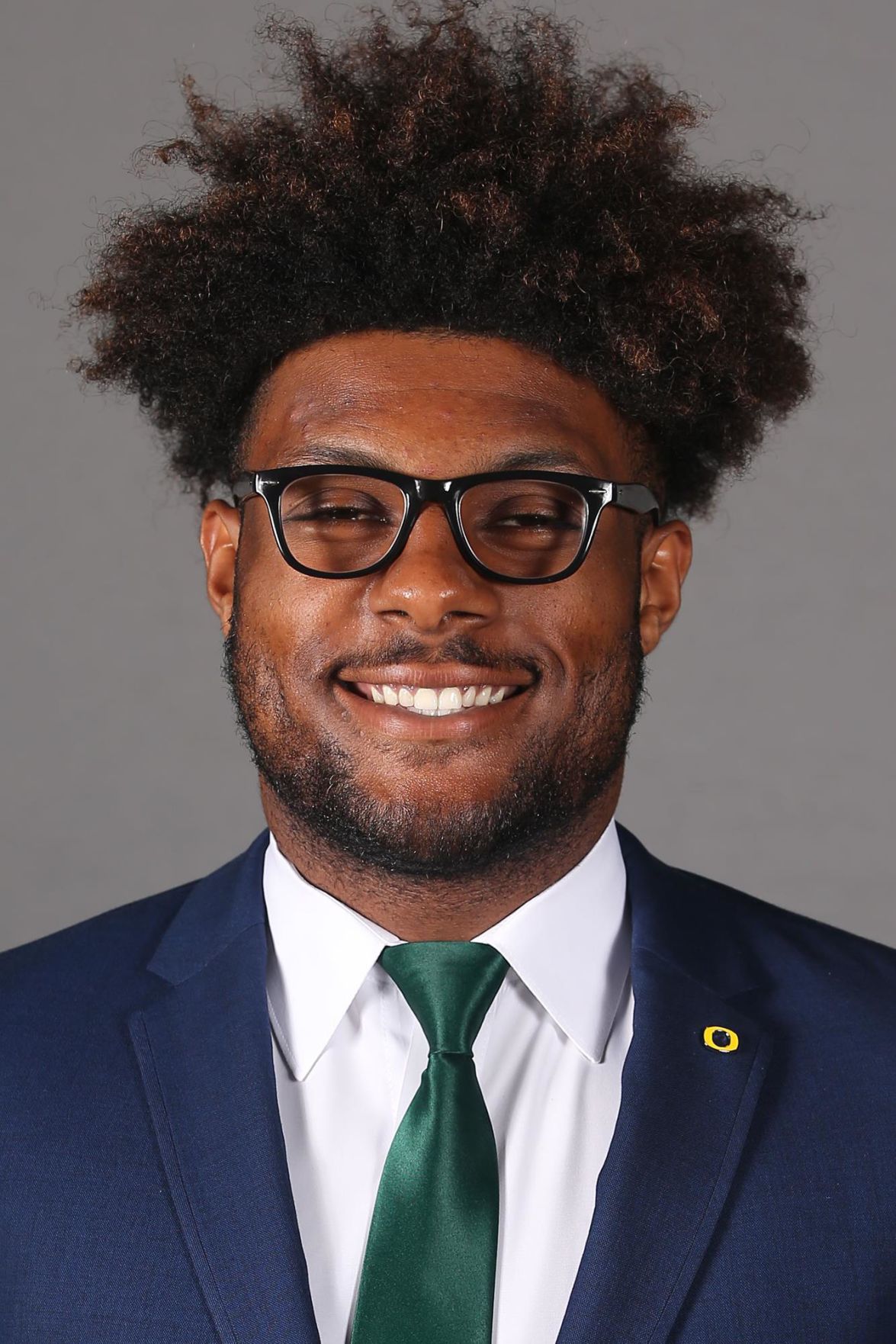