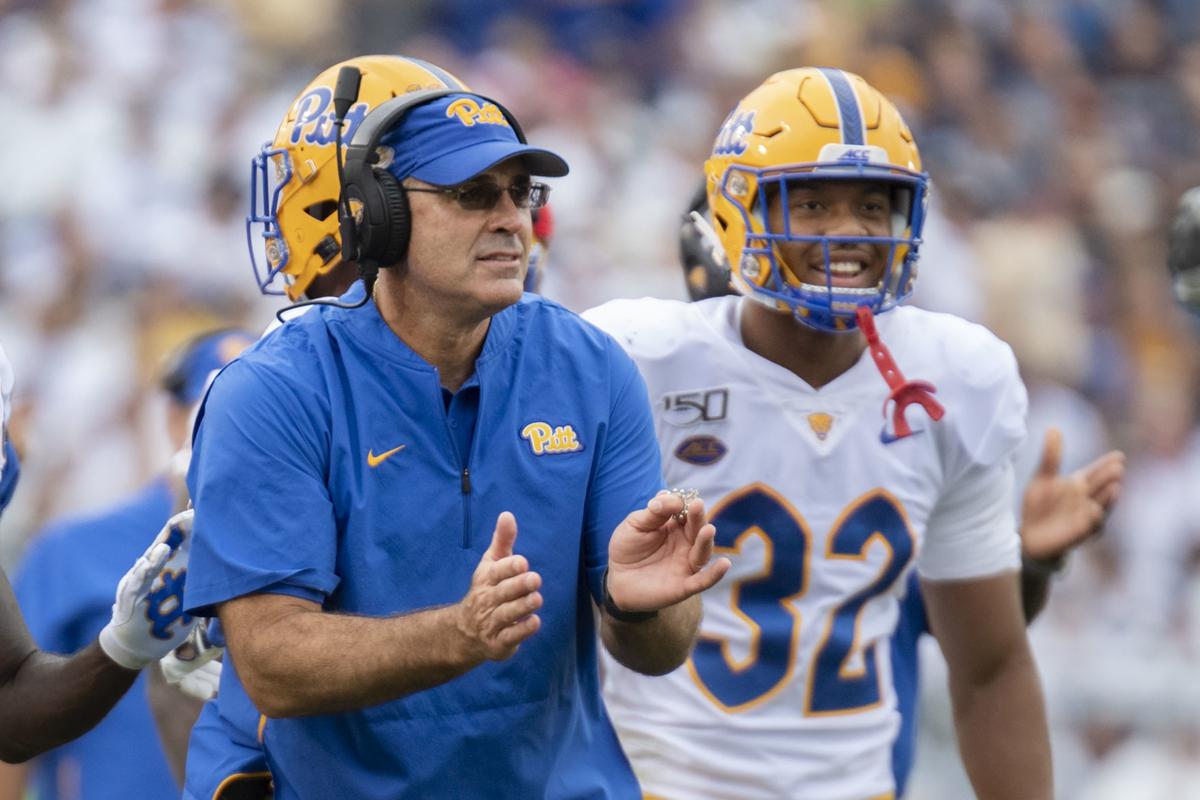 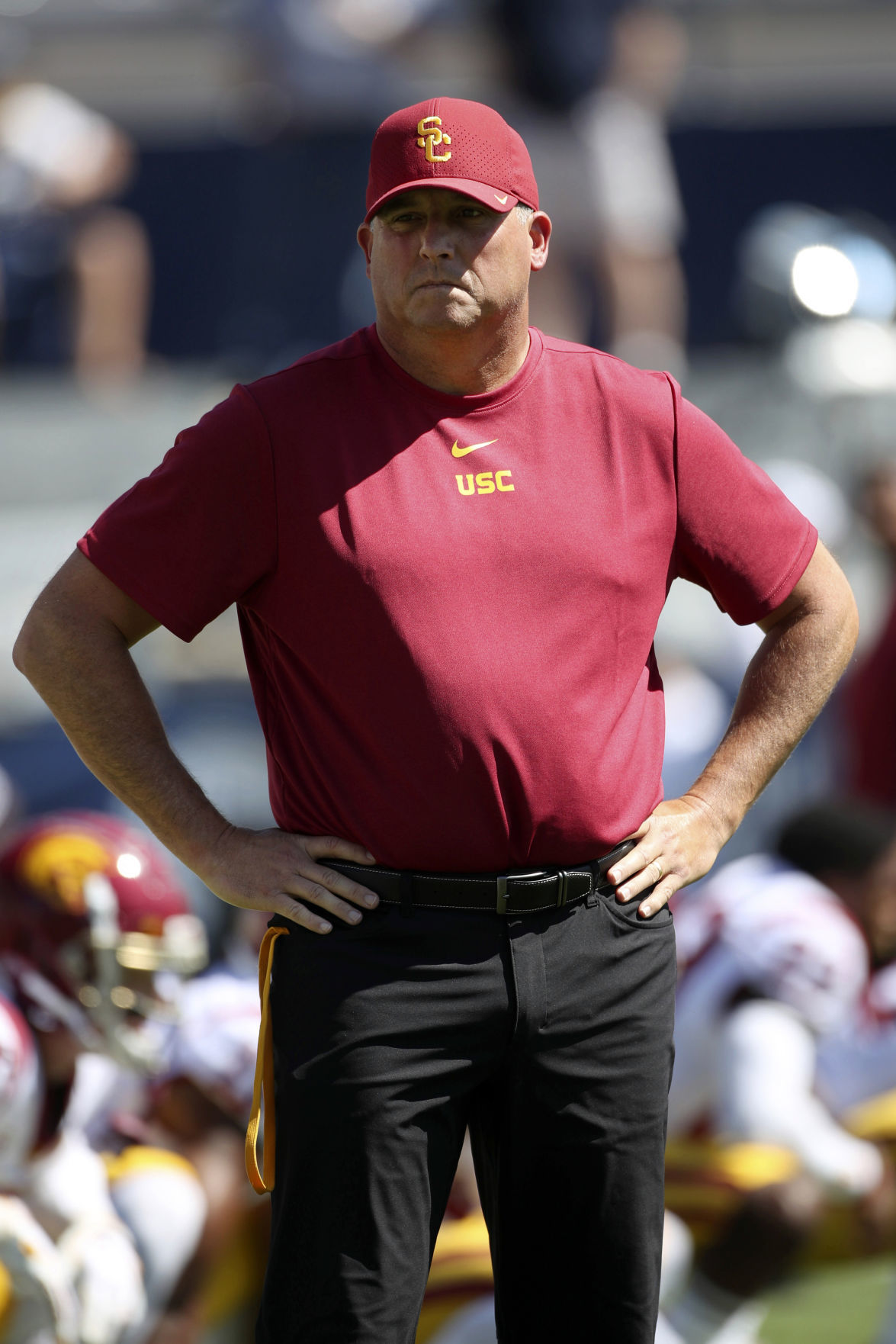 USC will hire an experienced AD it can trust to hire a new coach if necessary. On Saturday, the 24th-ranked Trojans (2-1) lost in overtime at BYU and replacing coach Clay Helton looked more necessary.

The Cougars have beaten once-great programs the last two weeks, taking down flailing Tennessee and floundering USC, both in OT. Good for BYU, but the Cougars are like a boxer beating up has-been former champs.

The Trojans found some hope last week with a convincing victory against Stanford behind freshman quarterback Kedon Slovis. Could the former three-star prospect be a Sam Darnold-type savior for Helton? It was a move to Darnold when he was a redshirt freshman in 2016 that salvaged that season for Helton and helped make USC a top-10 team in 2017.

Without Darnold, USC went 5-7 last year. Helton was spared because USC was without a full-time president and with a celebrity AD.

Swann is gone now and USC is trying to find his replacement. The school is already behind, especially if it needs to make a coaching change. Against BYU, USC played like a team that is going to get its coach fired. The Trojans are sloppy and do not play with a level of effort and intensity that is needed to be a championship program. USC should be a championship program.

"There's a ton of damn noise. It's every day. What we have to focus on is doing our job, winning the next game," Helton told reporters.

The next four weeks could very well determine Helton's future. The Trojans play No. 11 Utah at home on Friday night. A nationally televised game against a team that has everything USC lacks: stability, identity, toughness.

After that, USC goes to No. 23 Washington, and then gets a week off before playing at No. 7 Notre Dame.

Win them all and Helton can beat back the tide and make a case to whoever will be his new boss that he should stay. But 0-3 seems more likely than 3-0 and anything less than 2-1 is another step toward a change.

The 100th meeting (and final one for at least a while) between No. 13 Penn State and Pitt had an old-school feel to it. Classic uniforms. Some tough defense. Physical play by both teams that came down to a throw into the end zone the Nittany Lions batted down.

Unfortunately for Panthers fans, coach Pat Narduzzi made a decision that was also stuck in the 1970s. On fourth-and-goal from the 1, down 7 with 4:54 left, Narduzzi called for a field goal attempt. At a time of the game when just getting the ball back was no given, Narduzzi chose to pass on a chance to tie the game from a yard away.

At all levels of football, coaches are starting to realize the conventional wisdom of kicking on fourth down is not only outdated, but just plain wrong. Go talk to Army coach Jeff Monken about how much understanding the proper way to use fourth down can maximize a team's chances to win. The percentage play for Pitt was to go for it rather than kick a field goal and still need a touchdown to take the lead. There is really no good argument to be made for kicking, but Narduzzi tried.

"Because you need two scores to win the football game," Narduzzi told reporters after the game.

To make the bad move worse, Pitt kicker Alex Kessman clanked the kick off the upright and Penn State got the ball back at the 20.

It wouldn't be fair to say Narduzzi's call cost his team the game, but he did not put the Panthers in the best position to win and that's inexcusable.

AROUND THE COUNTRY: No. 1 Clemson, No. 2 Alabama, No. 3 Georgia,No. 4 LSU, No. 5 Oklahoma, No. 6 Ohio State and No. 7 Notre Dam e won by a combined 373-81. ... Not sure Notre Dame belongs in the group, but the Irish will get a chance to prove it next week at Georgia. It would be surprising if the College Football Playoff wasn't filled by four of that top six come December. ... Clemson's Trevor Lawrence threw two interceptions against Syracuse to give him five on the season in 97 attempts. Last year as a freshman, Lawrence was picked off four times in 397 passes. ... No. 2 Alabama needs some work on defense and along the offensive line, but Tua Tagovailoa and his receivers are so good that should be enough for the Tide to tear through most of their schedule. ... The next competition between Tagovailoa and Alabama transfer Jalen Hurts might be for the Heisman Trophy. Hurts had 439 total yards for Oklahoma against UCLA . ... No. 9 Florida rallied to avoid losing two straight to Kentucky for the first time since the mid-1970s, but the Gators lost QB Feleipe Franks to an gruesome leg injury. ... In a pair of close losses, it felt as if Kentucky and Iowa State were playing to their DNA ... For the second straight season, Arizona State beat No. 18 Michigan State in heartbreaking fashion for the Spartans. The bigger story, for the second straight season, is that Michigan State's offense is atrocious, mistake-prone and wasting one of the best defenses in the country. ... There were high expectations for Ohio State's J.K. Dobbins coming into this season, an expected return to his freshman form. The junior has delivered, and Ohio State has found him a running mate in Master Teague, who for 106 yards on 10 carries in a blowout of Indiana. ... Heck of a weekend for new coaches in the Big 12: Les Miles led Kansas to a victory at Boston College, the Jayhawks' first road victory against an FBS team since 2008. 2008! Kansas State got its first impressive victory with new coach Chris Klieman, beating Mississippi State 31-24 on the road. It was the first time since 2006 both Sunflower State schools won road games on the same weekend. West Virginia's Neal Brown picked up a good victory at home against North Carolina State. Brown is turning over the roster, but the Mountaineers still might be able to make a bowl game. ... UCF has a new star quarterback from Hawaii in Dillon Gabriel. The freshman, who is from the same high school as the injured McKenzie Milton, has seized the starting job away from Notre Dame transfer Brandon Wimbush and he took apart Stanford ... Stanford has slipped a bit the last couple of seasons, but for the first time since Jim Harbaugh turned the program around in the mid-2000s the Cardinal look like a mediocre football team no longer able to win on either line of scrimmage. Stanford has allowed 90 points and 1,037 yards the last two weeks. ... Kudos to Georgia fans who wore pink for Wendy, honoring Wendy Anderson, the wife of Arkansas State coach Blake Anderson, who died last month after a long fight with breast cancer.

No. 1 Clemson, No. 2 Alabama, No. 3 Georgia, No. 5 Oklahoma and No. 6 Ohio State have been dominant and look like the class of the country.

AP Top 25 Reality Check: Field closes in on Tide and Tigers — Buckeyes should be No. 1

For the first time this season, some AP voters decided a team other than Alabama or Clemson deserved their first-place votes.