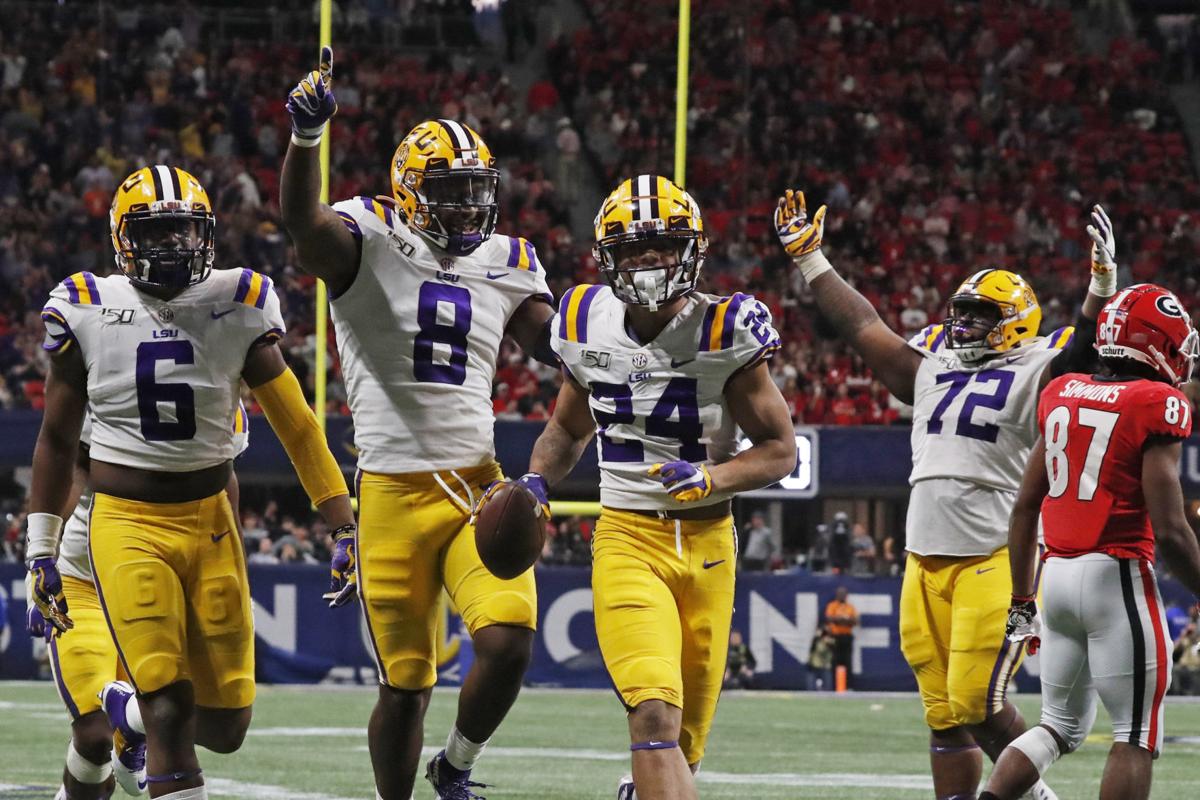 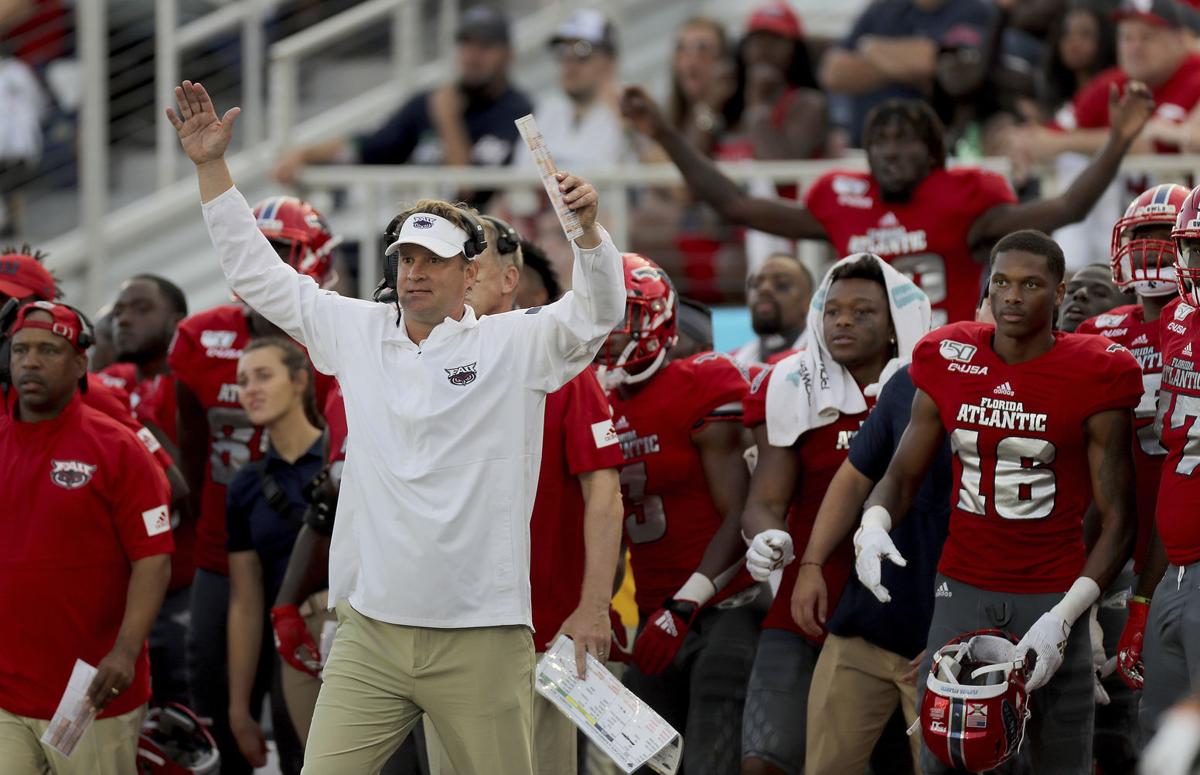 Picking the four teams to play in the College Football Playoff will be easy for the selection committee.

LSU, Ohio State, Clemson and Oklahoma all took care of business in their conference championships Saturday — with varying degrees of difficulty.

There could be a lot of discussion about that at the resort hotel in Grapevine, Texas, where the 13-member committee meets and will reveal the semifinal field Sunday at noon EST.

Two pieces of the playoff puzzle, the two that seemed most likely to cause problems, fell nicely into place on championship weekend, starting with an upset in the Pac-12 on Friday and the favorites winning in the Big 12 and Southeastern Conference on Saturday.

Later, Ohio State looked in the first half like a team determined to test whether it could, indeed, lose its conference championship game and still make the playoff. Then the Buckeyes went on a 27-point second-half run and buried Wisconsin.

And Clemson? Well, let's just say the Tigers are ready to defend their national championship.

After Oregon won the Pac-12 title and eliminated Utah, the only question Saturday was: Could Georgia beat LSU and force the selection committee to put two Southeastern Conference teams in the semifinals, or would the Big 12 champion take the last spot?

Oklahoma beat Baylor in an overtime thriller to start championship Saturday and LSU was too much for Georgia. We will never get back that week spent debating whether Utah or Oklahoma (or Baylor) should make the playoff.

The Buckeyes were No. 1 in the committee's last rankings, ahead of LSU and Clemson. Georgia was fourth, but Oklahoma will take that slot.

To stay No. 1, Ohio State was going to need to make a statement against Wisconsin — because LSU finished the season with a flourish.

The Tigers pounded Texas A&M and Georgia by a combined 87-17 in their final two games. The iffy defense that was supposedly holding the Tigers back looked much tighter down the stretch. And Joe Burrow, well, let's just say there will be even less drama at the Heisman Trophy ceremony next week than there was championship weekend.

The victory against Georgia gives LSU four victories against teams that will assuredly be in the committee's final top 25. Alabama, Auburn, Florida and Georgia should all be in the top-15.

Ohio State came into the Big Ten championship with four victories against committee ranked teams (Cincinnati, Michigan, Penn State and Wisconsin) and then fell behind by two touchdowns to the Badgers in Indianapolis before winning by 13.

”I don't know who's got a better resume, from front to bottom," Ohio State coach Ryan Day said. "I think we deserve to be No. 1 in the country.''

Ohio State has for most of the season been more dominant and more balanced than LSU. A more complete team to use the selection committee's lingo. LSU is looking pretty complete these days.

"Look, we'll play anybody anywhere," said Burrow, who passed for 349 yards and four touchdowns against Georgia. “You can take us to Canada, and we'll play on a gravel lot. It doesn't matter where or who we play.”

Clemson coach Dabo Swinney will continue to complain that his team is being overlooked. He probably has a point, but the Tigers will likely finish the regular-season with no victories against ranked team. That should relegate Clemson to No. 3 in the committee's eyes, which is bad news for No. 2. That early season slump by Trevor Lawrence is long over. Since a shaky first quarter against Louisville on Oct. 19, Lawrence has completed 75% of his passes and accounted for 25 touchdowns and no turnovers.

The coaches and players will say they are just happy to be in, and Oklahoma will certainly be no walkover, but being No. 1 is a big deal. The top three teams, all unbeaten, are in different class than the rest of the country.

The tweets came about 20 minutes apart.

First FAU proclaimed itself champion of Conference USA, having blasted UAB at home in Boca Raton, Florida. Then FAU announced a national search had begun for a new head football coach.

Lane Kiffin is headed to back to the Southeastern Conference as head coach of Mississippi. The former USC coach (and Tennessee coach. And Raiders coach. And Alabama offensive coordinator) spent three seasons at FAU and guided the Owls to two C-USA titles. None of this was surprising. News broke about Kiffin and Ole Miss on Friday night.

Memphis was in the third quarter of its American Athletic Conference championship game against Cincinnati when the announcement was made by Florida State of a news conference at noon Sunday to formally introduce its next head coach. That will be be Memphis' Mike Norvell. That news also started to leak Friday night.

Florida State refrained for making it official while Norvell was still celebrating.

This is becoming a thing now.

Two seasons ago, news broke (though, again, it was not particularly surprising news) at the very end of UCF's AAC title game victory that then-coach Scott Frost was leaving the Knights and headed to Nebraska.

With the signing period for high school prospects just a few weeks after conference championship weekend, schools making coaching changes can waste little time getting their new guy in place.

The result is coaches barely have a chance to take a picture with their championship trophies before being whisked away to their new lives.

This does not seem ideal for anyone involved, but unless the NCAA wants to ditch the early signing period — something many coaches wanted (though maybe not in late December) — there is really nothing that can be done to fix it.

AROUND THE COUNTRY: Expect the coaching searches elsewhere to accelerate. Arkansas and Missouri are still open in the SEC and there has been speculation that a few more coaches whose teams played Saturday could get involved with those jobs, specifically Boise State's Bryan Harsin and Appalachian State's Eliah Drinkwitz. Maybe even Jim McElwain, the former Florida coach who led a huge turnaround in his first season at Central Michigan, though came up short in MAC title game. ... Boston College could also fill up quickly after Ohio State gets past the Big Ten championship. BC athletic director Martin Jarmond came from Ohio State and could look to coach Ryan Day's staff to fill the Eagles' vacancy. ... Jalen Hurts did not exactly make a Heisman statement in the Big 12 championship game, though his numbers for the season terrific. Receiver CeeDee Lamb is OU's best Heisman contender.

After jumping out to a 21-7 lead at halftime, the University of Wisconsin football team gave up 27 unanswered points to the Ohio State Buckeye…

Four of the five Power Five conferences will be represented in this year’s College Football Playoff.

Opponent Oregon's season has been quite similar to UW's.