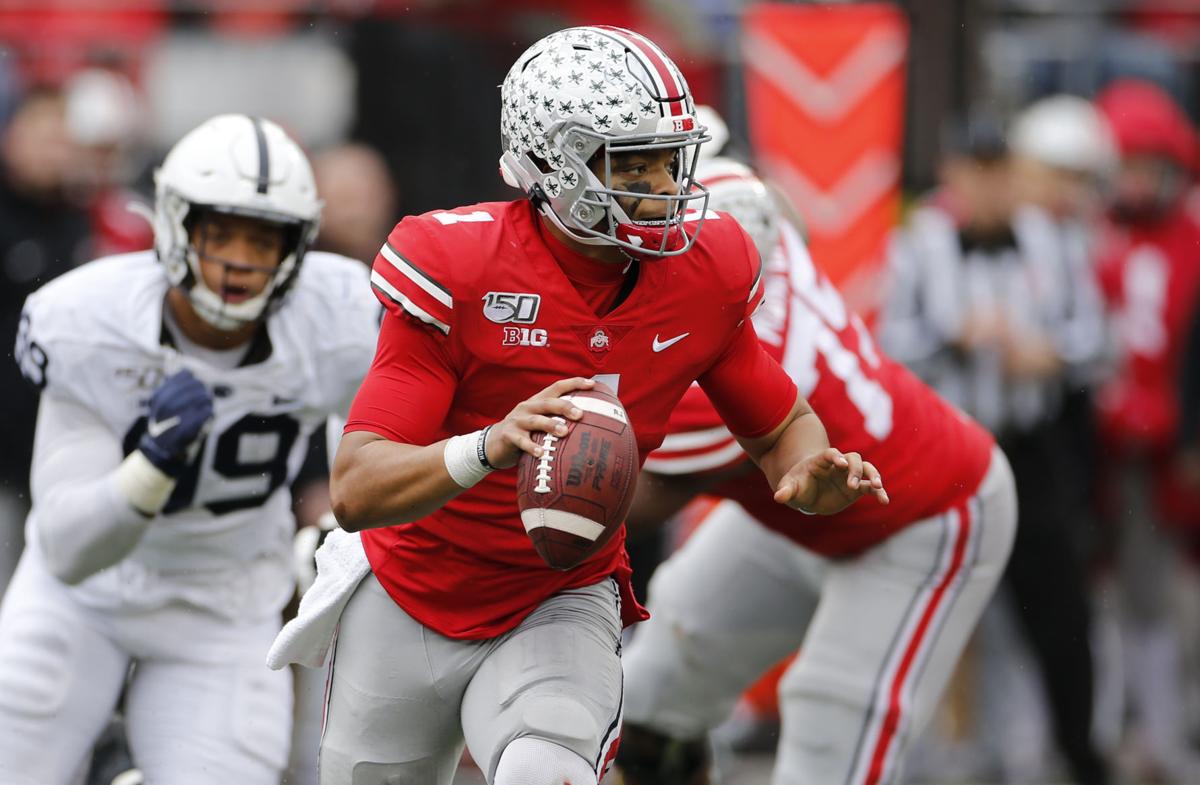 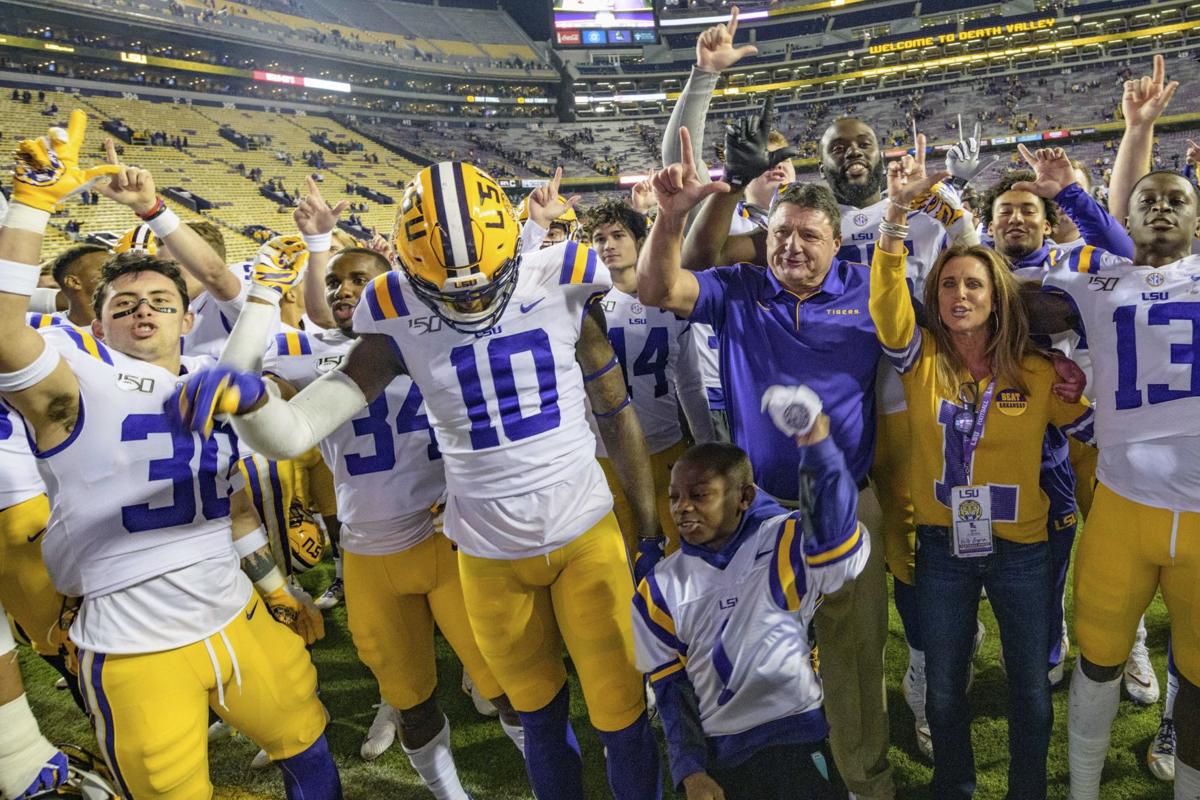 Intense and tradition-rich rivalries are fun no matter the stakes. They get even juicer when both teams are ranked.

This year rivalry week includes five matchups of teams ranked in the latest AP Top 25 presented by Regions Bank, though one of them is Cincinnati at Memphis, which is definitely a big game in the American Athletic Conference, but doesn't really qualify as a big rivalry.

Here are the ones that do (rivalry records, according to Sports-Reference.com):

The Game has been a lot more interesting since coach Jim Harbaugh's arrival at Michigan five years ago, even though he has not won one yet. This is the fourth time the Buckeyes and Wolverines are both ranked. Only once in the seven years pre-Harbaugh were both ranked. Ohio State is 21-20-4 when both teams are ranked, including seven straight victories. The Buckeyes are 11-9-2 when both are in the top 10, including the last three.

The Iron Bowl will match ranked team for the third time in the last four years and fifth time in the last seven. Auburn leads the series 13-9 when both are ranked, including 3-2 since Nick Saban has been at Alabama.

This is the best era of Bedlam. Saturday's matchup will be the fourth time in last five years that both teams are ranked and the ninth time since 2008. There have been only 16 ranked matchups out of 105 games in the series, with the Sooners going 15-1.

The Battle for Paul Bunyan's Axe will be a ranked vs ranked game for just the seventh time 127 meetings, and first time since 2014. The Badgers are 6-0 when both teams are ranked.

Reality check: Hard to find flaws on these Buckeyes, but here's one: 25 sacks allowed ranks 83rd in the nation. And that's with an offense that has thrown only 301 passes, 102nd in the nation. QB Justin Fields needs to embrace the throwaway.

Ranked: Just right, but the gap between 1 and 2 is getting smaller.

Next: at South Carolina.

Reality check: The Tigers might have their best offensive line of the Dabo Swinney era, with four seniors and sophomore left tackle Jackson Carman, a former five-star developing into an All-American.

Next: at Georgia Tech.

Reality check: There is a theory the Bulldogs could be better offensively if coach Kirby Smart simply unleashed his talented team. Reality check is skeptical about just how much more power is underneath that hood.

Ranked: Feels too high, but who else should be four?

Realty check: RB Najee Harris has three straight games with a touchdown rushing and receiving. Will he take on a big role with QB Mac Jones starting against Auburn?

Reality check: The Utes have allowed seven points or fewer in five of their last six games.

Reality check: What's up with the Sooners and all these close calls? Simple: Oklahoma is 115th in the country with a minus-7 turnover margin, same as Kansas and UConn.

Next: vs. Florida State.

Reality check: The Gators are converting 39.53% on third down, worst among top-10 teams and 71st in the nation.

Reality check: The Gophers are fourth in the nation in third-down conversions at 51.88%

Reality check: Shea Patterson has consecutive 300-yard passing games. The last Michigan quarterback to do that was Jake Ruddock in 2015, Harbaugh's first season.

Ranked: The Wolverines are rolling, but this is too high.

Reality check: The Bears' defense has a tough time getting off the field, allowing opponents to convert 41.18% on third down, worst among ranked teams.

Reality check: The Nittany Lions managed to avoid getting embarrassed by the Buckeyes, playing most of the second half with a backup quarterback. That's probably worth staying ahead of a Michigan team they beat.

Reality check: The Badgers are sixth in third-down conversions (51.70%) and first in third-down defense (24.64%). Ohio State is the only other team to rank in the top-10 in each category.

Next: vs. Oregon State.

Reality check: The Ducks played their worst defensive game of the season against Arizona State by both yards (535) and yards per play (7.23).

Reality check: Since getting gashed by Michigan for 303 yards rushing, the Irish have toughened up. Among the last four opponents, only Navy broke 4.0 yards per carry.

Reality check: You could have the Tigers ahead of Oregon.

Reality check: The Tigers have scored at least 42 points in five straight games.

Reality check: The Bearcats have won their last three non-UConn games by a total of eight points.

Next: at Nebraska, Friday.

Reality check: RB Ihmir Smith-Marsette leads the Hawkeyes with five touchdowns. The only other Big Ten team without a player that has scored more than five touchdowns is Northwestern. Yes, even Rutgers.

Next: at Colorado State, Friday.

Reality check: The Broncos will be making their third straight Mountain West championship game appearance, despite having played four of their last five games without starting BQ Hack Bachmeier.

Next: at Troy, Friday.

Next: at Virginia, Friday.

Reality check: The Hokies have consecutive shutouts for the first time since 2005 and have not allowed more than 5.0 yards per play in a game this month.

Reality check: Quietly, QB Malcolm Perry has moved up to fourth in the nation in rushing at 135.40 yards per game.

Reality check: In a season with a lot of great receivers, Michael Pittman is underappreciated with 95 catches for 1,222 yards and 11 touchdowns.

After Chris Orr and the UW defense found a way to shut down Purdue’s offense in the second half Saturday, the Badgers pulled away with a 45-24…

After Chris Orr and the UW defense found a way to shut down Purdue’s offense in the second half Saturday, the Badgers pulled away with a 45-24…

Video: Chris Orr and Zach Baun on their last game at Camp Randall

The senior linebackers talk about Wisconsin's 45-24 win over Purdue on their last day playing at Camp Randall.

UW plays at No. 9 Minnesota next week, with the winner heading to the Big Ten Championship Game.

With their 606-yard offensive explosion in a 45-24 victory over Purdue Saturday at Camp Randall Stadium, the 14th-ranked Badgers sent a message to 11th-ranked Minnesota prior to their winner-take-all game for the Big Ten Conference West Division title next week in Minneapolis.

A quick look at the 14th-ranked Wisconsin Badgers' 45-24 win over the Purdue Boilermakers on Saturday at Camp Randall.

AP Top 25 Takeaways: Did Ohio State fumble chance to take over No. 1?

In the beauty pageant that is the playoff selection process, the Buckeyes' 28-17 victory over Penn State might not have been pretty enough to persuade the committee they should be No. 1.

The defensive end returned from a two-game NCAA suspension and reinserted himself into the Heisman Trophy race with three sacks among four tackles for loss and nine tackles overall in Ohio State's victory over Penn State.

The Gophers will face Wisconsin at TCF Bank Stadium on Saturday not only in an effort to keep Paul Bunyan's Axe but to win the Big Ten West title and advance to the Big Ten Championship Game for the first time.

In each of the first five years of the playoff, three of the top four teams in the rankings heading into rivalry weekend reached the semifinals, including the No. 1 team every time.