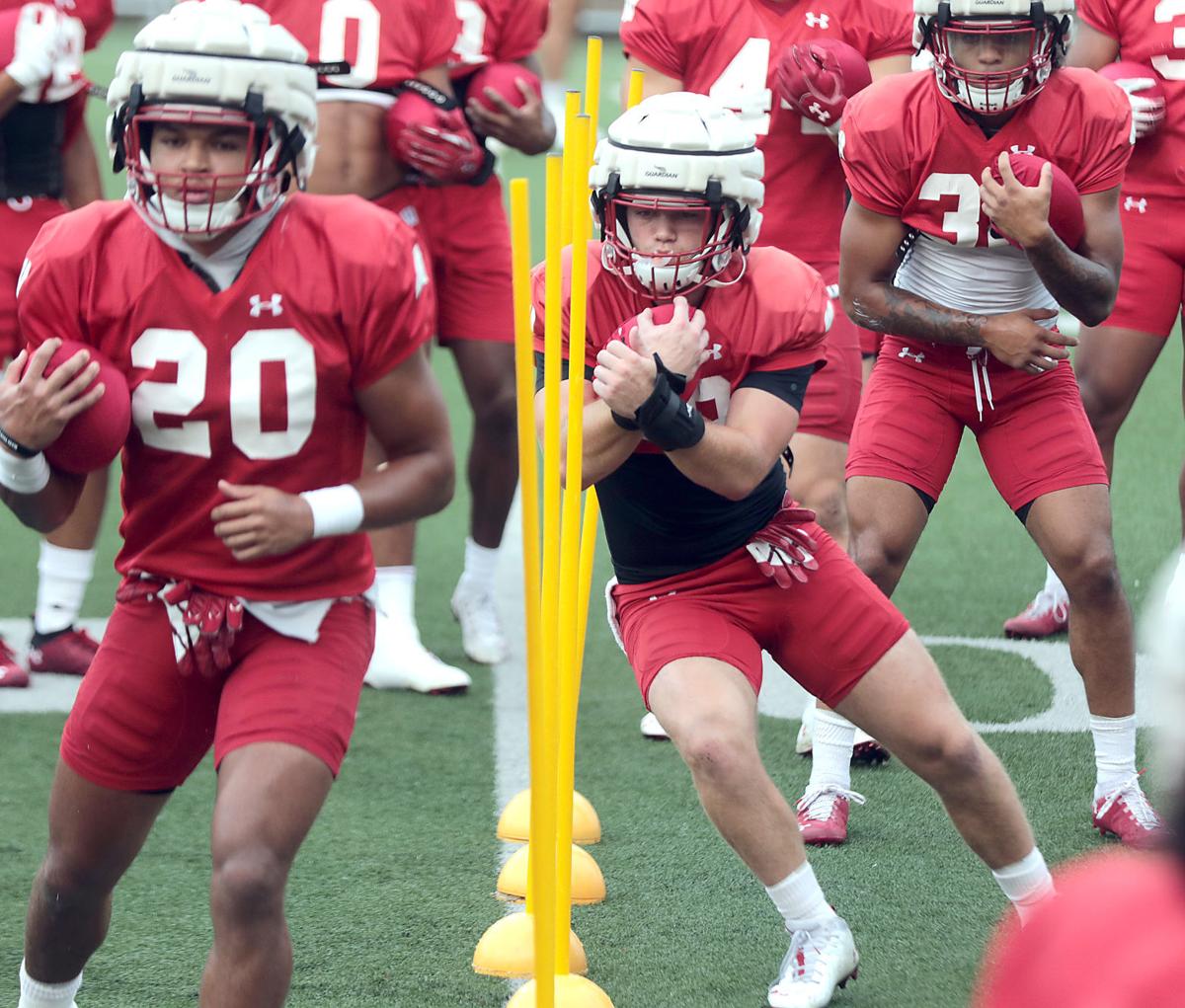 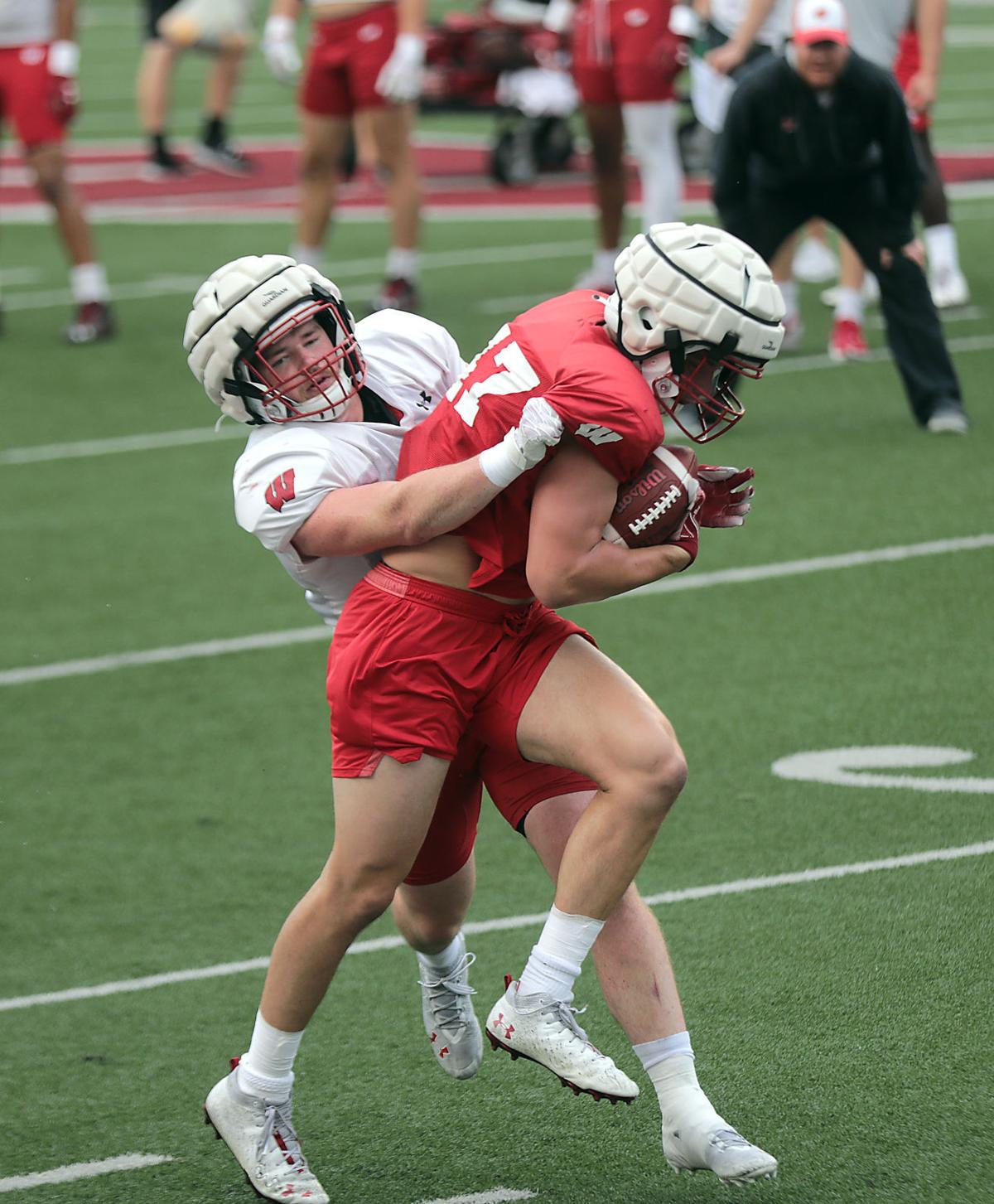 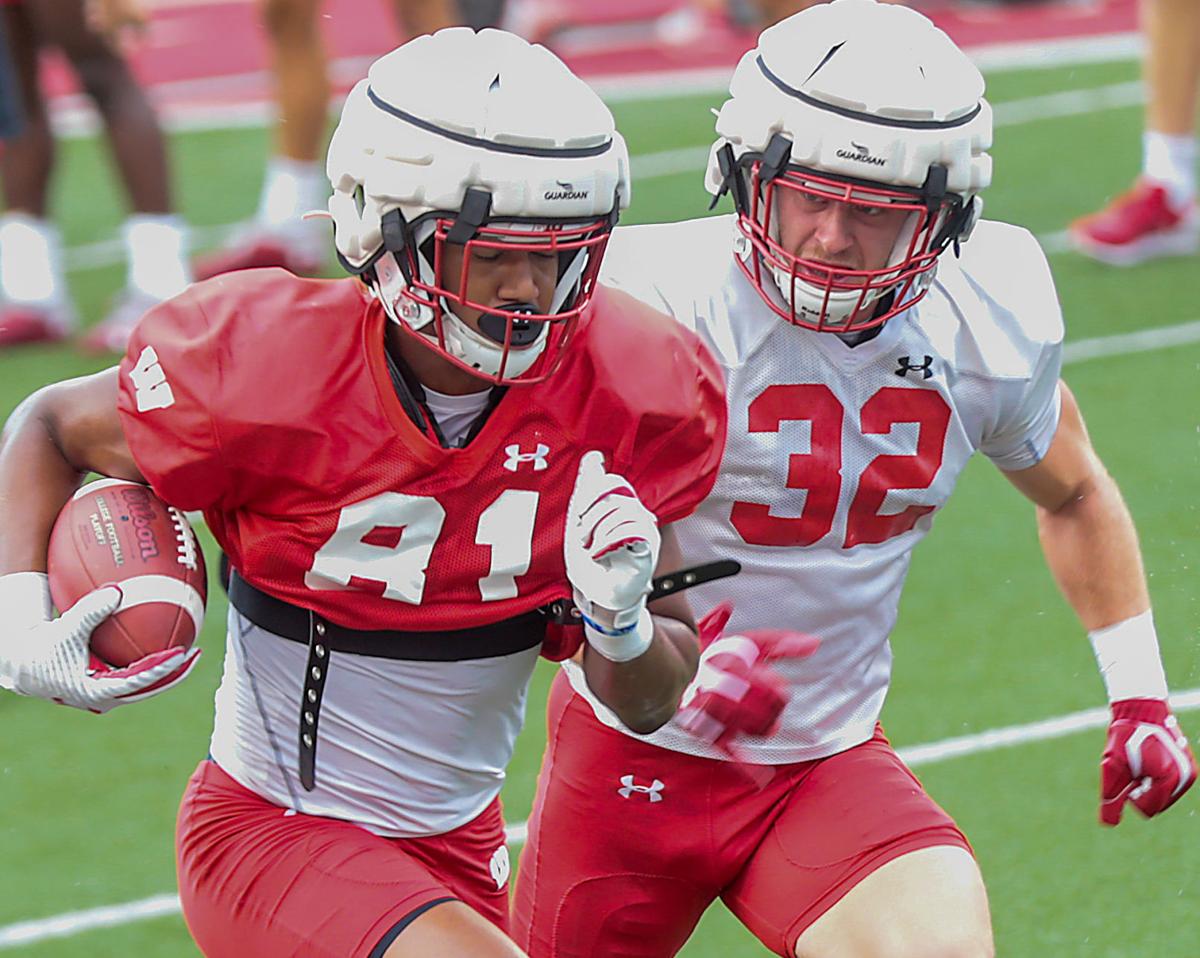 A one-off text in a group message has become an identity for the University of Wisconsin football team’s secondary.

The group was looking for a nickname for itself, something that embodied who they were and what they want to do on the field this season. After a few not-for-public-consumption suggestions were offered, junior cornerback Alex Smith suggested “The Takers” — as in taking away the ball and taking the momentum in the game.

Met with approval, that attitude of taking the ball has been on display this week during the No. 12 Badgers’ training camp practices, including Saturday’s work in front of about 600 fans at Camp Randall Stadium.

Smith and safeties Scott Nelson, John Torchio and Preston Zachman all had pass break-ups during practice Saturday to go with five pass break-ups scattered among defensive backs during Friday’s practice.

As camp has progressed, the secondary has improved in its ability to challenge receivers at the point of the catch without being too physical and drawing a penalty, which was an issue last season.

The starting roles in the secondary appear set, with seniors Faion Hicks and Caesar Williams manning the corner spots and Nelson and senior Collin Wilder filling the safety positions. But defensive coordinator and safeties coach Jim Leonhard has made it clear throughout his tenure he’ll play the hot hand if a defensive back is performing well in practice.

Hank Poteat, who’s in his first season working with the team’s cornerbacks, has put an emphasis on his players attacking the ball through the catch, not giving up on the play after a receiver gets his hands on the ball. All but Torchio’s play Saturday — a tip to himself to intercept a pass from Danny Vanden Boom — were examples of the corners taking that teaching onto the field, knocking the ball out of receivers’ hands.

“Our big point of emphasis is finish,” sophomore cornerback Dean Engram said. “Finish on the football, regardless of the position that you’re in, finish on the ball.”

The offensive line has gotten a bit healthier late this week with the return of senior right tackle Logan Bruss. His play and the cohesion building between the three interior linemen — Josh Seltzner, Joe Tippmann and Jack Nelson, from left to right — helped pop some long runs Saturday.

How Badgers punter Andy Vujnovich earned the title of 'freak'

The line paved the way for big runs from junior Chez Mellusi and redshirt freshman Jalen Berger on back-to-back plays during an 11-on-11 session midway through practice. The defense had its second line in at the time, but most of the starting linebacker corps was on the field.

Berger, who returned to practice in full after missing some time this week, and Mellusi will be getting the lion’s share of the tailback snaps when the team opens the season Sept. 4 against Penn State. But junior Isaac Guerendo has stayed healthy throughout camp — a challenge for him during his career — and has shown good power between the tackles and a willingness to deliver a blow on a would-be tackler when he gets a handoff.

Much has been made this offseason regarding junior defensive tackle Keeanu Benton’s ability to play in the nickel defense, moving from his typical spot over the center to an end’s role across from a guard. Benton has shown he can do that and has been in the first nickel defense during camp.

But Bryson Williams, a senior whose injury troubles opened the door for Benton to become a starter in 2019, also has been taking snaps at end in nickel packages. Williams looks to be in the second unit in both base and nickel defenses, adding a versatility to his game that could help him see the field more often.

When asked about Williams’ health and reaction to the toll of training camp, defensive line coach Ross Kolodziej said Williams has had no limitation and looked as quick as he ever has in a Badgers uniform.

Here’s a look at who didn’t practice for the Badgers:

The offense lands some counterpunches on the defense after a slow start to fall camp.

Stiff competition for snaps during training camp should lead to a bounce-back fall for the Wisconsin outside linebackers.

Replacing two starters and altering the way they approached the game were focal points for the Wisconsin D-line throughout training camp.

The Big Ten joins the rest of the Power Five conferences in instituting a forfeit policy regarding COVID-19 this season.

Junior Alexander Smith and sophomore Dean Engram have gone back and forth getting the most reps at No. 3 cornerback.

No. 12 UW wraps up training camp and turns focus to season opener against Penn State with a couple questions still lingering.

Quicker play-call system should give the offense a big advantage this football season.