Among her duties in her previous life as an assistant coach at Purdue, Lindsay Wisdom-Hylton prepared the scouting report on the University of Wisconsin women’s basketball team a couple of years ago.

Included in that report was her take on Abby Laszewski, then a backup post player for the Badgers.

“From what I recall with her, it was a finesse, soft post player, 15-foot range is shaky, give her that, and be physical with her,” Wisdom-Hylton said.

Much has changed since then. Wisdom-Hylton now is an assistant coach at UW, where her duties include mentoring the team’s post players. And Laszewski, now a senior starter, has emerged as one of the team’s top performers, forming one of the Big Ten Conference’s most productive inside duos with sophomore Imani Lewis.

The difference is striking to Wisdom-Hylton.

“Fast forward a couple years and I think she’s a lot more physical, she’s demanding the ball down low,” Wisdom-Hylton said. “She’s more confident, I think, in her outside shot as far as taking it in rhythm. As a defender, she’s doing a good job being physical, making other post players make tough shots.

“We can always do a better job boxing out but she’s coming in flying, getting some rebounds where it’s like, ‘Wow, Abby, where did you come from?’ With her and Imani down there, on any given night they can be averaging a double-double. Her production has increased over the years, slowly but surely, to that level.”

But perhaps the most significant statistic is her 27.7 minutes per game, an increase of about 10 minutes over each of the two previous seasons.

“I think just having the opportunity to get more minutes on the court, getting more comfortable playing with everyone, getting in the game flow has just really helped me develop into who I know I can be,” Laszewski said. “I’m just trying to up my game every time I step on the court.

“Everybody has seen my progression from year to year. My goal is to try to get better and better every year and use the time I’ve been allowed to play on the court to go in and play hard. This year has kind of been the culmination of the work I’ve put in the past three years and it’s nice to see it actually pay off.”

While some post players are able to excel immediately — like Wisdom-Hylton, a member of the 2005 Big Ten All-Freshman team and a three-time all-conference choice at Purdue — she understands that she was among the exceptions. More often, big players follow a career path more similar to Laszewski’s.

“You really have to remember when you’re recruiting that posts develop late,” Wisdom-Hylton said. “If you see a post in high school who has good feet, good hands, can run and understands the game, the strength and the post moves, that’ll come. Sometimes you say she’s a Bambi out there, but sometimes that Bambi can turn into an Abby.”

While Laszewski is enjoying a breakout senior season, there are moments when she’s slipped back to her earlier, inconsistent ways. Like Saturday against Penn State, when she had just one defensive rebound in the first half and missed eight of her first 10 field goal attempts, mostly from point-blank range.

After a turnover early in the fourth quarter, coach Jonathan Tsipis sent freshman Tara Stauffacher to the scorer’s table to sub in for Laszewski, only to be convinced otherwise.

“Abby said, ‘Coach, please let me stay,’” said Tsipis, who went along with the request. Laszewski responded with three consecutive baskets to help the Badgers hang on for a 71-65 victory.

“What we saw on Saturday, I’m not sure we would’ve seen that in the first three years,” Tsipis said. “If things didn’t go the right way, could we get her to still believe that she could help us? She’s proven this year that she’s one of the most improved players in the Big Ten.”

“Not close,” she said. “You always want to push the limit and even if you think you’re getting close, you want to raise your ceiling more. I have a long ways to go and hopefully I can keep improving every game.”

Karissa McLaughlin scored 22 points and senior Dominique Oden had 20 for the Boilermakers.

UW commits nine of its 18 turnovers in the fourth quarter of its Big Ten Conference opener.

Sophomore Imani Lewis scored a game-high 18 points and grabbed 10 rebounds, but the Badgers stumbled in the second half as they fell to Nebraska 65-50 at Pinnacle Bank Arena.

Imani Lewis recorded her sixth consecutive double-double, but was held scoreless in the second half as Michigan State turned a close game into a 69-52 blowout victory before a crowd of 6,174 at the Breslin Center.

Michigan owned a 27-4 advantage in second-chance points as the Wolverines more than doubled the Badgers on the boards and rolled to a 68-56 victory at the Kohl Center.

The Hawkeyes erased a 17-point third-quarter deficit and extended their winning streak against the Badgers to 21 games.

Carmen Backes, a top recruit for UW in 2018, has yet to play for the Badgers due to a severely damaged right knee.

Sophomore Imani Lewis had 23 points and 16 rebounds as the Badgers owned a 54-30 advantage in the paint during a 72-62 victory at Minnesota.

Sixteen days after getting pushed around by the Cornhuskers in a 65-50 loss in Lincoln, the Badgers put up a much better fight and led by as many as 10 points, 57-47, at the end of the third quarter.

'Czech out #5:' Julie Pospisilova is finding her way with Badgers

Julie Pospisilova, a freshman guard from Prague, is gaining confidence and playing time as the season progresses.

The Hoosiers scored the last six points of regulation and first eight points of overtime in winning 75-65 in overtime at Assembly Hall.

Senior Abby Laszewski scores 16 points to lead a balanced attack for UW, which made the plays it needed to down the stretch to defeat Illinois 73-64 Sunday at the State Farm Center.

Hilliard, a 5-11 guard from Monroe, is averaging 10 points and 5.2 rebounds as a starter for the Badgers, who play Minnesota Thursday night at the Kohl Center.

“Plain and simple, at halftime I’d write a check to everybody that came to the game,” said UW coach Jonathan Tsipis, whose team trailed by 24 points at the break.

Injuries aside, Verona's Grace Mueller treasures her time as a Badger

“Even though it’s been painful both physically and mentally, it’s been amazing to be here,” said Grace Mueller, who has played in just nine games in her four-year UW career due to a succession of injuries.

Imani Lewis leads the Badgers with 14 points in a 62-59 defeat at the Kohl Center.

The Big Ten Conference-leading Terrapins rolled to an 85-56 victory over Wisconsin at the Kohl Center. 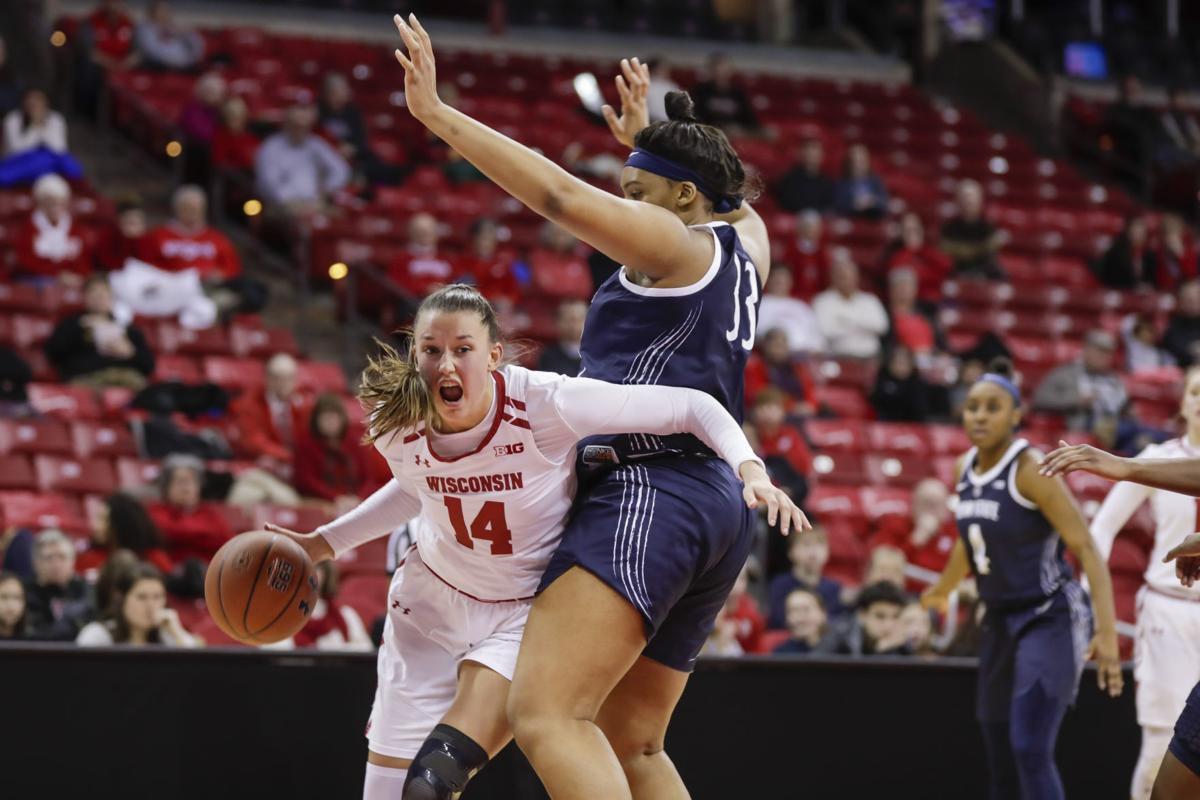 Abby Laszewski leads the Badgers in field goal percentage (.559) and blocked shots (1.4 per game) and ranks second on the team in scoring (11.8) and rebounding (7.0) this season. 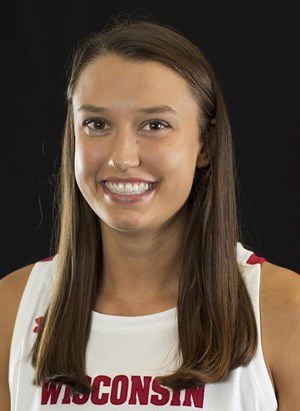