Before the University of Wisconsin men’s basketball team had even played a game this season, Ethan Happ sat in a hotel ballroom near Chicago and entertained a series of questions about 3-point shooting.

Happ potentially expanding his game to the perimeter was a hot topic the previous season at Big Ten Media Day. This time, the senior center was pleased when a reporter asked about how his supporting cast would fare from beyond the arc.

Happ expects that number to go up this season, and he’s not alone in that belief. In fact, some think UW’s perimeter accuracy will go way up.

“We have a lot of shooters this year,” Happ said.

So far, so good in that department for the No. 22 Badgers (5-1), who return to action Tuesday night when they host North Carolina State (6-0) in an ACC/Big Ten Challenge game at the Kohl Center.

UW, which moved up three spots in this week’s Associated Press Top 25 poll after taking second in the Battle 4 Atlantis last week, is shooting 42.1 percent from 3-point range through its first six games. That’s not a big sample size, by any means, and yet the Badgers will move past the quarter-pole of the regular season after playing two games this week.

Happ has been credited with assists on 17 of UW’s 45 connections from beyond the arc this season.

“Teams are going to play the double-team game because they’re going to say, ‘OK, let everybody else beat us,’ ” UW junior guard Brevin Pritzl said. “It just shot us in the foot last year. We weren’t shooting it well and teams could do that.

“You want to be at least upper 30s (percentage-wise), because then teams are going to be like, ‘OK, we’ve got to run them off the line.’ If we do that, it’s going to open up the floor for Ethan.”

Happ’s confidence back in October was based on what he’d seen during the summer and in preseason practices. There were multiple lineup options that had him surrounded by shooters.

UW’s perimeter attack figured to get a boost with the return of sophomore point guard D’Mitrik Trice and redshirt freshman wing Kobe King from injuries. Sophomore Brad Davison was fully healthy after playing most of last season with a brace to support his injured left shoulder, a device which limited how high he could lift his left arm and affected his shot.

Plus, everybody in the rotation had more experience under their belt.

“We put a lot of work into it,” UW assistant coach Dean Oliver said of perimeter shooting. “We have guys that are able to shoot and it’s just a matter of time. That’s kind of how shooting is. Sometimes you just need a fresh start and you get that when a new season starts. Guys are really taking advantage of it.”

Especially Trice, who already has made twice as many 3-pointers through six games this season (20) than he did in 10 games during an injury-shortened 2017-18 season. Trice made 30.0 percent of his 40 attempts last season; he’s at 57.1 percent so far this season.

“It’s obviously been great just having everyone back, everyone healthy and we’re playing unselfishly right now,” Trice said.

That’s when the Badgers need other perimeter threats to step up and pick up the slack, and there are plenty of options.

Pritzl only attempted two 3-pointers in three games in the Bahamas but is capable of getting hot.

The best 3-point shooter last season, Aleem Ford, hasn’t even made one yet this season after returning from a knee injury last week.

“I think that’s what is going to be scary, especially with that All-American in the middle who can wheel and deal and find everybody. If one guy’s off, we’ve got five other guys who can knock down shots. I really like where we’re at.”

Get ready as No. 22 Wisconsin Badgers prepare to host N.C. State Wolfpack

The sophomore forward appeared in all three of the Badgers’ games in the Battle 4 Atlantis, playing a total of 14 minutes after missing UW’s first three games of the season.

Sophomore forward DeAndre Hunter scored 20 points to lead No. 4 Virginia to a 53-46 victory over the No. 25 Badgers in the final of the Battle 4 Atlantis at Imperial Arena.

Wisconsin point guard D’Mitrik Trice went 7 of 8 from 3-point range and finished with a career-high 25 points to send the No. 25 Badgers to the championship game of the Battle 4 Atlantis with a 78-58 victory over Oklahoma on Thursday afternoon.

Ethan Happ had 16 points and 12 rebounds before fouling out late, and No. 25 Wisconsin beat Stanford 62-46 in Wednesday's first round at the Battle 4 Atlantis.

Officials assessed five Flagrant 1 hook-and-hold fouls in UW’s 96-59 win over Houston Baptist on Saturday, three on the Huskies and two on the Badgers.

One of the heroes of UW's 79-75 victory was D’Mitrik Trice, who finished with 18 points, six assists and three steals. And then there was Brad Davison, who made two free throws to seal the win and also drew four charges, including one on the possession after Trice’s biggest shot.

UW's game against North Carolina State in the ACC/Big Ten Challenge on Tuesday night at the Kohl Center was the fans' first real chance to see with their own eyes if UW is truly improved over last season's inexperienced, injury-riddled team that missed the NCAA tournament for the first time in 19 years.

Badgers change it up on offense, go with the Flow

Coach Greg Gard has added a new wrinkle to UW's offense, a motion-based set called the Flow that acts as a changeup to the Badgers' Swing offense.

Get ready as No. 22 Wisconsin Badgers prepare to travel to Iowa to face No. 14 Hawkeyes

The Badgers are among the nation's leaders for fewest fouls, but the Hawkeyes lead the Big Ten with an average of 35 free throw attempts per game.

Photos: No. 22 Badgers take down No. 14 Hawkeyes in Iowa City

Sophomore guard D’Mitrik Trice scored 20 points as No. 22 Wisconsin put a capper on an impressive month of November with a 72-66 victory over No. 14 Iowa Friday night at Carver-Hawkeye Arena.

Wisconsin State Journal reporter Jim Polzin asked Badgers fans on Twitter what they thought of No. 22 Wisconsin's 72-66 win over the 14th-rank…

Get ready as No. 12 Wisconsin Badgers prepare to host Rutgers Scarlet Knights

Wisconsin State Journal reporter Jim Polzin asked Badgers fans on Twitter what they thought of No. 12 Wisconsin's 69-64 win over the Rutgers S… 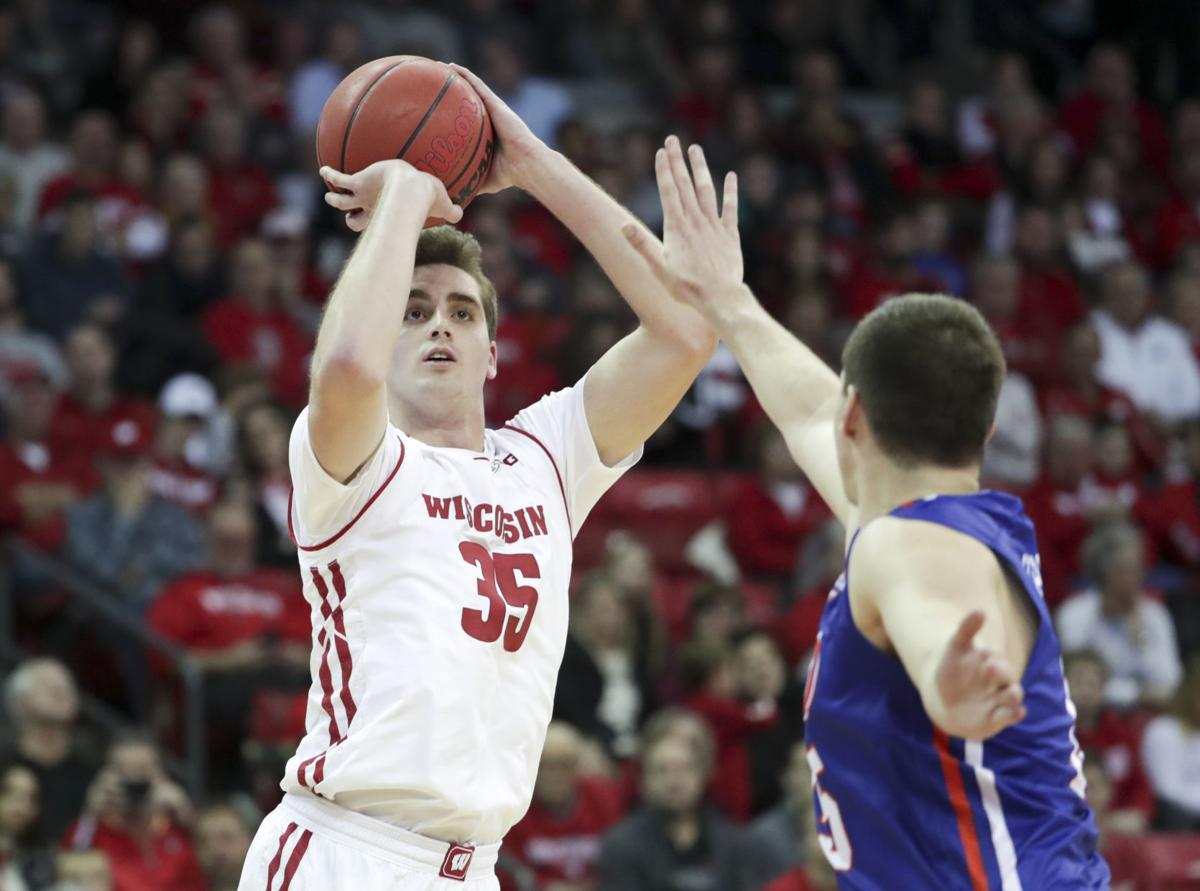 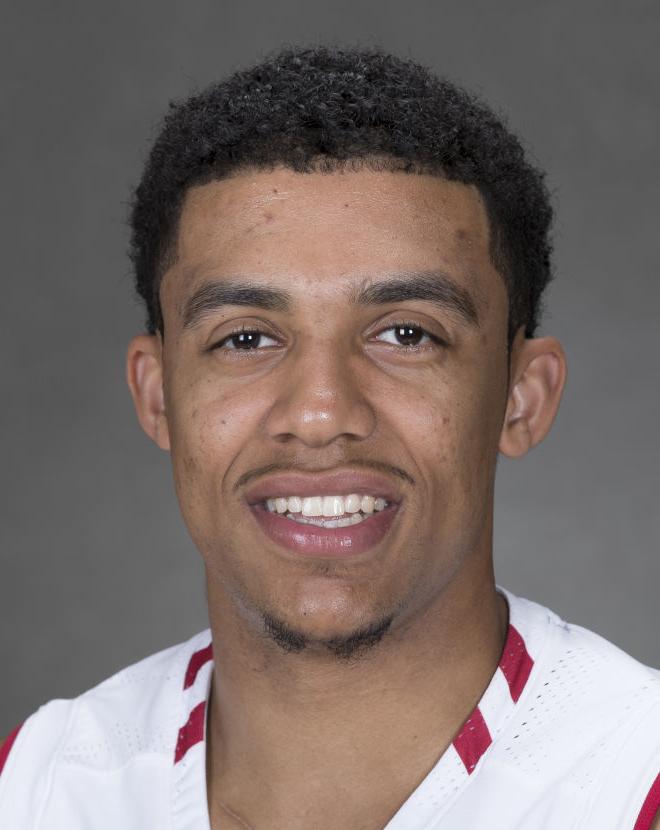