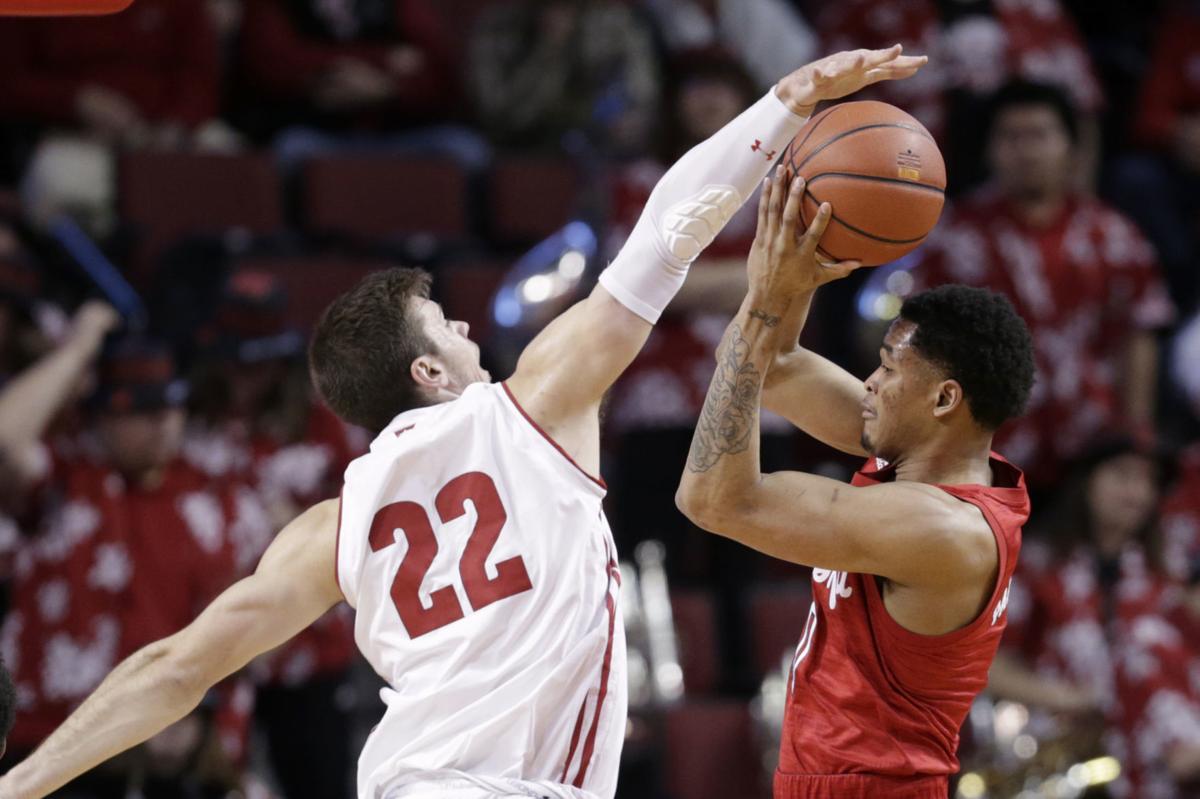 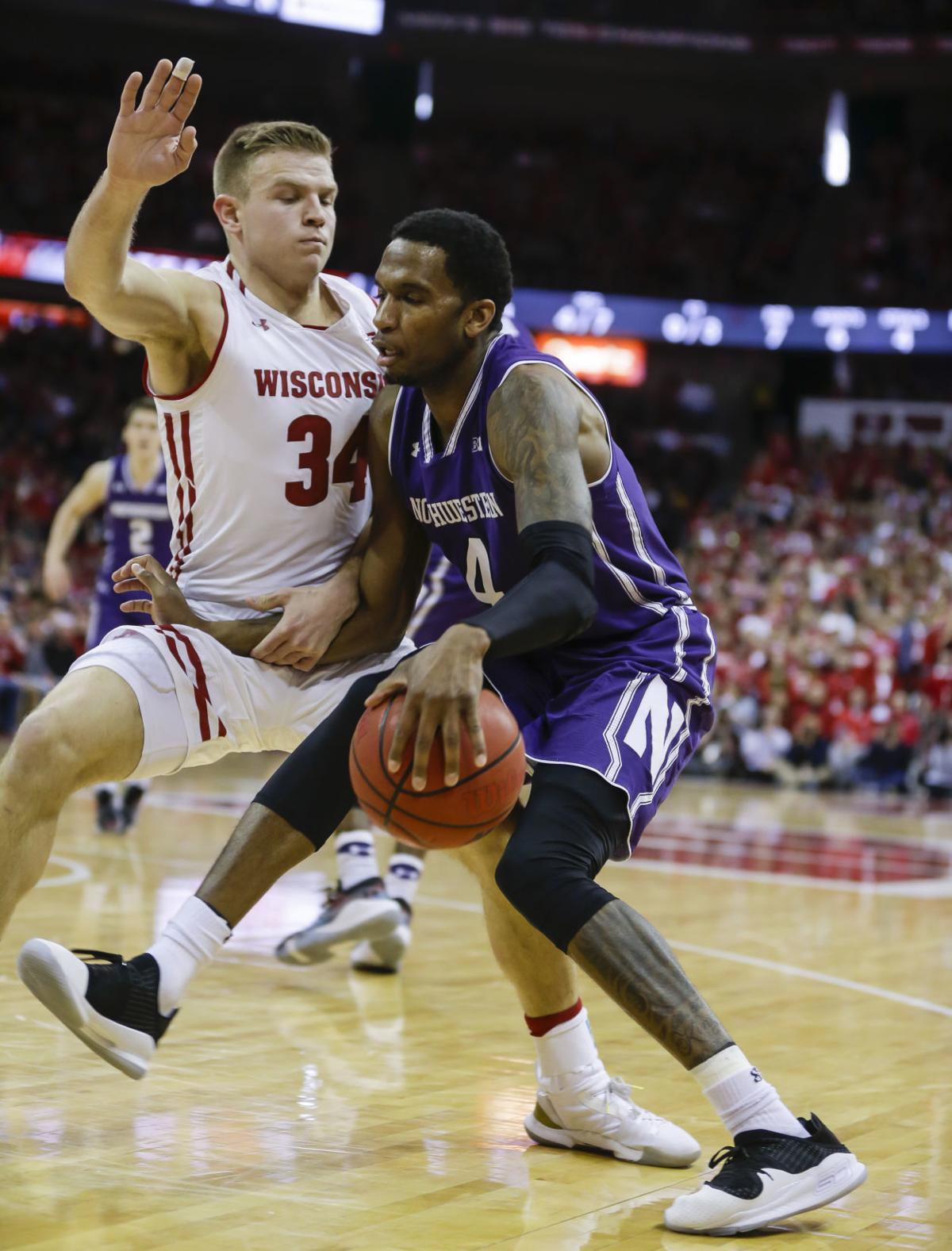 Greg Gard thought there were times his University of Wisconsin men’s basketball team lacked poise and intelligence on offense at Nebraska on Tuesday night.

The coach had no such complaints about his team’s performance on the other end of the court during a 62-51 win over the Cornhuskers. In fact, Gard hasn’t had much to gripe about in general of late when it comes to UW’s defense.

“That’s kind of becoming our identity and our calling card,” Gard said.

Opponents have shot a combined 33.5 percent from the field and averaged 0.83 points per possession during the Badgers’ four-game winning streak. Three of those four teams — Michigan (54), Northwestern (60) and Nebraska — finished with their lowest point totals of the season, and Illinois (60) matched its lowest output.

“I think this group is starting to grow in that way,” Gard said. “The best thing about the best defensive teams we’ve had is it starts to become instinctual. When there are mistakes or breakdowns, they cover up for each other.”

When Big Ten play started back up in early January, UW was ranked No. 19 nationally in KenPom’s adjusted defensive efficiency ratings. Now, it’s up to No. 5 in the nation, trailing only Michigan, Virginia, Texas Tech and Kansas State.

In fact, UW’s efficiency numbers are in line with some of the program’s best defenses during the KenPom era, which coincides with Bo Ryan taking over the program in 2001.

Through 21 games, the Badgers have a defensive efficiency rating of 87.7. Translation: They allow 87.7 points allowed per 100 possessions against the average offense.

The only two UW teams with better efficiency numbers are the Ryan-coached teams of 2007-08 (86.8) and 2012-13 (85.7). The former swept the Big Ten regular-season and tournament titles and advanced to the Sweet 16 before being eliminated by Stephen Curry and Davidson; the latter was a gritty, offensively challenged outfit that overachieved, finishing tied for fourth in the Big Ten and advancing to the Big Ten tournament title game before falling to Mississippi in the opening round of the NCAA tournament.

Comparing Team A to Team B to Team C can be a pointless exercise in some regards. The players are different, and the overall strength and weaknesses of opposing offenses can create an apples-and-oranges comparison.

But for purposes of this exercise, Joe Krabbenhoft was asked if he sees similar characteristics between the three teams. Krabbenhoft should know: He was a junior forward in 2007-08, a video coordinator on UW’s staff in 2012-13 and is now an assistant coach with the Badgers.

“I would hope that we’re showing characteristics of good defensive teams in the past here because it’s the same playbook,” Krabbenhoft said with a chuckle. “The rules, the philosophies, haven’t changed. There are a lot of variables that go into that, how good of offensive teams are you playing against in the league or in the non-conference when you look at numbers and things like that.

“Numbers can be skewed in that way, but I think the amount of buy in to the rules and just trusting in that and understanding that has really improved here over the last couple of weeks. You’re seeing guys really pick things up. You’re not seeing as many mistakes.”

UW has three starters who probably deserve consideration for All-Big Ten Defensive team honors: senior center Ethan Happ, senior forward Khalil Iverson and sophomore guard Brad Davison. Only one likely will be selected from that group, and Happ is the logical choice, but Iverson and Davison are plus defenders who will give Big Ten coaches something to think about when it comes time to vote.

Meanwhile, sophomore forward Nate Reuvers has taken a step on both ends of the floor. He’s posted some big offensive numbers over the past month, but the coaching staff spends more time talking about the strides Reuvers has made on the defensive end.

D’Mitrik Trice has had trouble staying in front of the player he’s guarding at times this season, but Krabbenhoft said the sophomore point guard has shown improvement the past two weeks. It’s also worth noting Trice has taken the most charges on the team this season.

Individual defensive improvement is one thing, but the way the Badgers have developed a synergy as a group is probably the biggest reason they’ve become so hard to score against.

“This is what you want,” Krabbenhoft said. “This is the progression that you planned on, that you hoped to have as the season goes along.

UW has improved in multiple ways over the past few weeks, according to players and staff. Assistant coach Dean Oliver says he’s seen better anticipation from the Badgers; junior guard Brevin Pritzl said the on-court communication between players has been much better; Happ said there’s been a greater sense of urgency.

There’s also a feeling around the team that there’s room for the Badgers to grow on defense.

“There’s always room for improvement,” Pritzl said. “There’s no ceiling to how good you want to be defensively.”

Two areas that jump off the sheet when analyzing UW’s defensive weaknesses: fouls and rebounding.

The Badgers have been whistled for at least 20 fouls in five games this season, including 23 in the loss at Maryland and the same number in the win at Illinois.

Nebraska’s 19 offensive rebounds marked the fifth time in the past seven games a UW opponent has reached double figures in that category. The Badgers’ defensive efficiency numbers would have looked much worse had the Cornhuskers did a better job of capitalizing on those extra chances.

A defense is only as good as its last game. Maryland tested the Badgers in a variety of ways and will again during the second meeting between the teams in a span of 19 days.

“You’re always in search of the perfect game,” Krabbenhoft said. “We didn’t even come close to playing that, we haven’t all year, and that’s OK because this team can continue to improve and that’s a good thing.”

Wisconsin State Journal reporter Jim Polzin asked Badgers fans on Twitter what they thought of No. 24 Wisconsin's 62-51 win over the Nebraska …

Badgers move up five spots to No. 19 in AP poll

Wisconsin State Journal reporter Jim Polzin asked Badgers fans on Twitter what they thought of No. 19 Wisconsin's 56-51 win over the Minnesota…

Oliver and Yaklich spent three seasons together as assistant coaches on Dan Muller’s staff at Illinois State and a bond was formed through triumph and tragedy.