Micah Potter will have a chance to state his case to NCAA officials.

University of Wisconsin men’s basketball coach Greg Gard said Potter has been granted a telephonic hearing by the chairperson of the NCAA’s Committee for Legislative Review.

“We’re still trying to iron out when that’s going to be,” Gard said. “Hopefully, sooner than later. But we don’t know exactly right now.”

The CLR twice has denied a waiver filed on Potter’s behalf by UW. Potter, a transfer from Ohio State, has argued that he shouldn’t have to sit out the first semester of the 2019-20 season after not playing in any games last season.

Potter announced a few days before the 2018-19 season started that he was leaving the Ohio State program. He spent the first semester at Ohio State before arriving at UW last December.

According to NCAA rules, transfers are required to sit out a full year at their new institution. But the NCAA has granted dozens of waivers this fall to players who won’t have to miss any games with their new team, leaving Potter feeling like he’s being treated unfairly.

Gard was asked Monday how Potter is handling this ordeal.

“A lot better than I would have, if I was him,” Gard said. “He’s very mature. I know it’s frustrating, I know it’s been stressful. He’s only got 18 months left in his college career and if he doesn’t play until mid-December, he would have sat 21 months. He’s going to sit longer than he has left, so hopefully common sense will prevail here and the right decision will be made.”

In another development Monday, sophomore wing Kobe King had a scare in practice, limping off the court with what the team is calling a left leg injury.

King, who scored a career-high 18 points in a 65-52 win over Eastern Illinois last Friday, is questionable for the Badgers’ game against McNeese State on Wednesday night at the Kohl Center.

Asked after practice about the severity of the injury, Gard said, “I don’t know yet. I’ll check when I go to the training room here.”

A broken patella bone in his left knee caused King to miss most of his true freshman season in 2017-18. While the latest injury occurred on the same leg, it appears King injured an ankle this time and escaped major injury.

“I didn’t see it,” Gard said. “I think he tried to back cut and I don’t know if he stepped on somebody or what happened.”

UW could ill afford to lose King, who is averaging 12.0 points through two games. The Badgers only have 10 scholarship players on the roster and one of them, Potter, isn’t available.

King had a strong offseason and is hoping for a breakout campaign. After struggling in a 65-63 overtime loss to then-No. 20 Saint Mary’s in the season opener, King was in attack mode against Eastern Illinois and ended up going 8 of 10 from the free throw line.

UW junior forward Nate Reuvers was named the Big Ten Player of the Week for the first time in his career.

He matched a career high with 22 points to go along with six rebounds and four blocks in the loss to Saint Mary’s. Three days later, Reuvers had 14 points, a career-high 14 rebounds and nine blocks against Eastern Illinois at the Kohl Center. The nine blocks matched a single-game program record he already shared with Brad Sellers.

Trice was guarding Deang on the perimeter when the former Madison East standout swung his elbow to create space and contacted Trice in the forehead. The blow created a gash that knocked Trice out of the game and required six stitches.

Trice returned to the court with a bandage on his head but struggled after the injury.

“I was surprised it wasn’t a flagrant, and I thought watching the film it should have been,” Gard said. “But I’ll deal with that with the (Big Ten) league office.”

It didn’t help matters that the game was being streamed by BTN+, meaning not as many cameras were being used as a regularly televised game. Officials reviewed the play but didn’t assess a Flagrant-1 to Deang.

“I don’t know if they saw the up-close replay that I saw,” Gard said. “They might not have had access to that. At first, live, you couldn’t really tell. It was the replay you could tell where the elbow was. I’ve seen less flagrant, get called flagrant.” 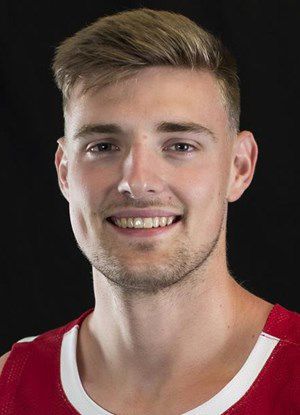 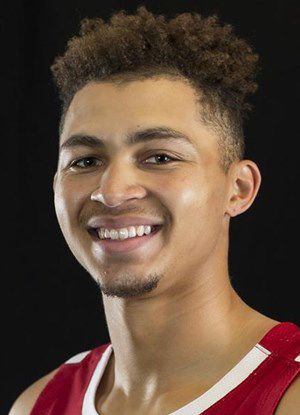