IOWA CITY, Iowa — A major offseason project for University of Wisconsin men’s basketball coach Greg Gard involved tinkering with an offense that, for much of the 2017-18 season, failed to strike fear in opponents.

The Badgers finished the season with an adjusted offensive efficiency rating of 109.7, according to analytics guru Ken Pomeroy. That was UW’s second-lowest mark in the KenPom era, which dates to the 2001-02 season, with only the 2012-13 team being worse in that department (108.3).

Injuries and inexperience plagued the Badgers, and Gard was confident a healthier and more seasoned roster would lead to better efficiency this season. But that didn’t stop him from looking for ways to create more movement away from the ball and make life easier for senior center Ethan Happ, a frequent target of double teams by opponents.

The Swing has been a staple at UW since Bo Ryan arrived in 2001. It had mostly been phased out by the time Ryan retired midway through his 15th season with the Badgers, but Gard resurrected it after taking over the program.

It’s still the offense Gard knows best and is most comfortable using. It’ll no doubt be featured heavily Friday night when the No. 22 Badgers (6-1) open Big Ten play with a game against No. 14 Iowa (6-0) at Carver-Hawkeye Arena.

But look closely this season and you’ll notice a sibling to the Swing.

“We’ve just kind of tweaked some things in terms of spacing and opening the floor up a little bit more,” Gard said. “We’re not reinventing the game, it’s just putting more of an emphasis on spacing and movement without the ball and then the reading of various types of screens.”

A longtime admirer of Bob Knight’s philosophy on both ends of the court, Gard studied the former Indiana coach’s motion-based offense. He picked the brain of Jim Crews, a former player and assistant under Knight, and studied the offense run by the late Royce Waltman, another Knight disciple who ran the Indiana State program for a decade from 1997 to 2007.

What Gard settled on after all that research was a version of the Flow offense, which has become popular in both college and the NBA.

“We’ve been running the Swing for a long time, teams have prepared for it a long time,” UW assistant coach Dean Oliver said. “So it’s kind of like throwing a fastball every time. We’ve got to add a change-up, a curveball, and this gives us a little bit of that. It puts some other guys in positions to do some things that’s not always built into the Swing.”

What Gard saw too much of last season was a stagnant offense in which Happ’s teammates stood around while he went to work in the post.

“We’re in a day and age where players come up and the ball screen is so prevalent and one-on-one play is so prevalent that I’ve found that sometimes instinct of how to play without the ball (has been lost),” Gard said. “How do you read screens when you curl? When do you pop? When do you reject a screen? Same thing with screeners. They don’t come in with that necessary skill set.”

During the spring and summer, Gard incorporated more drills that would improve off-the-ball movement, particularly on the weak side.

The Flow features double screens, flare screens and dribble handoffs. When it’s at its best and the floor is spread properly, driving lanes with kickout options are available to players such as sophomore guards D’Mitrik Trice and Brad Davison.

The biggest beneficiary might be Happ because the Flow has gotten him off the block and into perimeter spots where he has plenty of space to maneuver and shooters spread out around him.

“One of the things I like out of it is it’s hard for teams to plan how to double me when I’m going towards the rim rather than when I’m at the rim already, sitting with my back to the basket,” Happ said. “I can catch the ball playing downhill a little bit more. That helps from them being able to have a set double team in place.”

As Gard as has said many times, basketball has evolved into a positionless game in many regards. Defenses have tried to adapt with a positionless version of their own: versatile defenders who can guard multiple positions, making it easier to switch on screens.

Multiple UW players said the beauty of the Flow is that it’s less predictable than the Swing.

“It’s about reading and reacting,” UW junior guard Brevin Pritzl said. “That’s what it boils down. You may have a set play, but guys are going to take plays away and you have to react. A lot of what Coach is trying to do is instill that read-and-react skill in all of us.

“You look at the (Golden State) Warriors, all five guys are always moving. That’s what we’re trying to strive to do. Why is Michigan so hard to guard? Every player is always doing something.”

In the next breath, Pritzl admitted there’s a learning curve involved with the Flow. Gard has used it in bits and pieces, which could be because he wants to keep at least some element of surprise.

He also might not completely trust it just yet.

In time, Gard would like the Swing and Flow to become a perfect marriage.

“My plan was the two things would kind of morph together and I’m seeing some of that,” he said. “Sometimes, the line becomes blurry. I’ve called it cross-pollination, which is what I want.”

Whether it’s a more experienced roster that includes Happ and Trice playing at high levels, the tweaks to the scheme or a combination of the two, UW’s offensive numbers have been positive early the season. Though seven games, the Badgers rank 17th nationally in KenPom’s adjusted offensive efficiency rankings at 113.7.

The offense still runs through Happ, but he’s got weapons around him that he can trust. Spacing has been better and stretches of stagnant offense have become less frequent.

“When you’ve got playmakers like Ethan and shooters all around him,” sophomore guard Trevor Anderson said, “I think that’s really hard to guard.”

One of the heroes of UW's 79-75 victory was D’Mitrik Trice, who finished with 18 points, six assists and three steals. And then there was Brad Davison, who made two free throws to seal the win and also drew four charges, including one on the possession after Trice’s biggest shot.

The Badgers shot 33.5 percent from 3-point range last season, their third-lowest mark ever, but are at 42.1 percent through six games this season.

The sophomore forward appeared in all three of the Badgers’ games in the Battle 4 Atlantis, playing a total of 14 minutes after missing UW’s first three games of the season.

Sophomore forward DeAndre Hunter scored 20 points to lead No. 4 Virginia to a 53-46 victory over the No. 25 Badgers in the final of the Battle 4 Atlantis at Imperial Arena.

Get ready as No. 22 Wisconsin Badgers prepare to travel to Iowa to face No. 14 Hawkeyes

The Badgers are among the nation's leaders for fewest fouls, but the Hawkeyes lead the Big Ten with an average of 35 free throw attempts per game.

Photos: No. 22 Badgers take down No. 14 Hawkeyes in Iowa City

Sophomore guard D’Mitrik Trice scored 20 points as No. 22 Wisconsin put a capper on an impressive month of November with a 72-66 victory over No. 14 Iowa Friday night at Carver-Hawkeye Arena.

Wisconsin State Journal reporter Jim Polzin asked Badgers fans on Twitter what they thought of No. 22 Wisconsin's 72-66 win over the 14th-rank…

Get ready as No. 12 Wisconsin Badgers prepare to host Rutgers Scarlet Knights

Badgers men's basketball jumps 10 spots to No. 12 in AP poll

Senior Ethan Happ was there to provide a spark, and he wasn’t alone in a 69-64 win over Rutgers that helped keep No. 12 Wisconsin unbeaten in the Big Ten through the first wave of conference play.

Wisconsin State Journal reporter Jim Polzin asked Badgers fans on Twitter what they thought of No. 12 Wisconsin's 69-64 win over the Rutgers S… 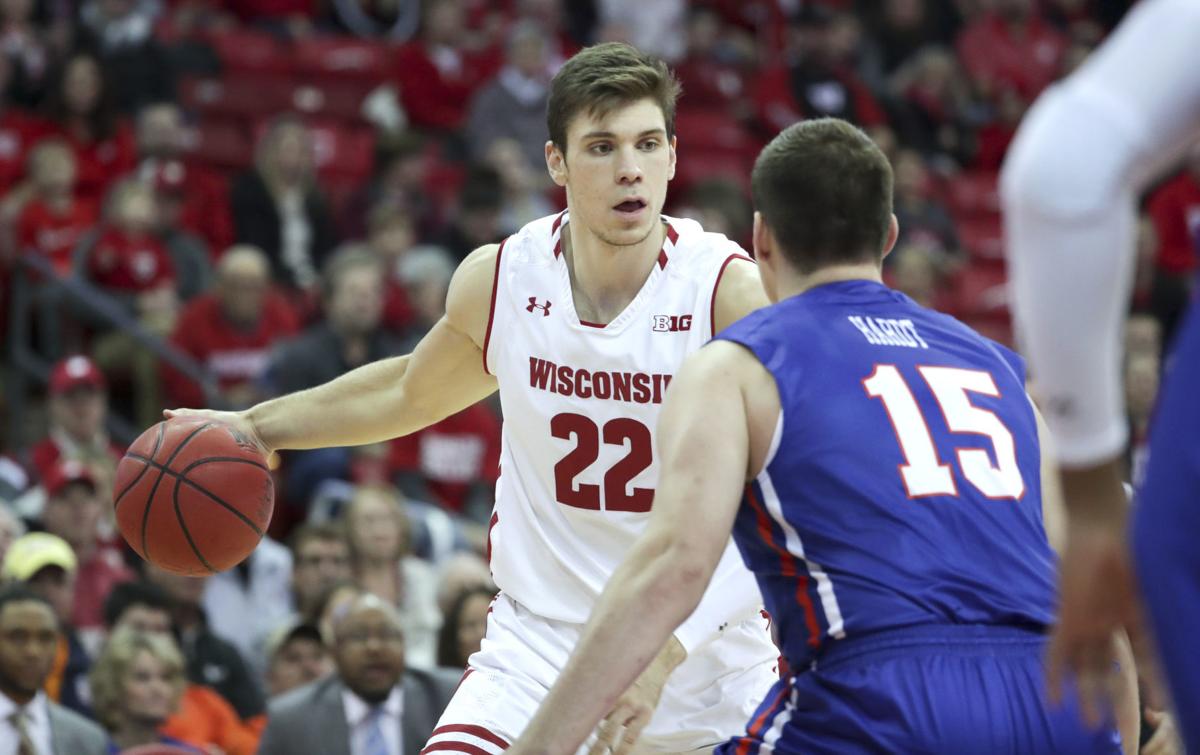 The biggest beneficiary of UW's new wrinkle on offense might be Ethan Happ because the Flow has gotten him off the block and into perimeter spots where he has plenty of space to maneuver. 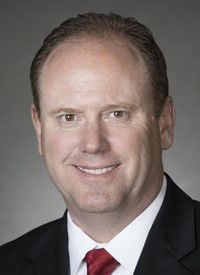