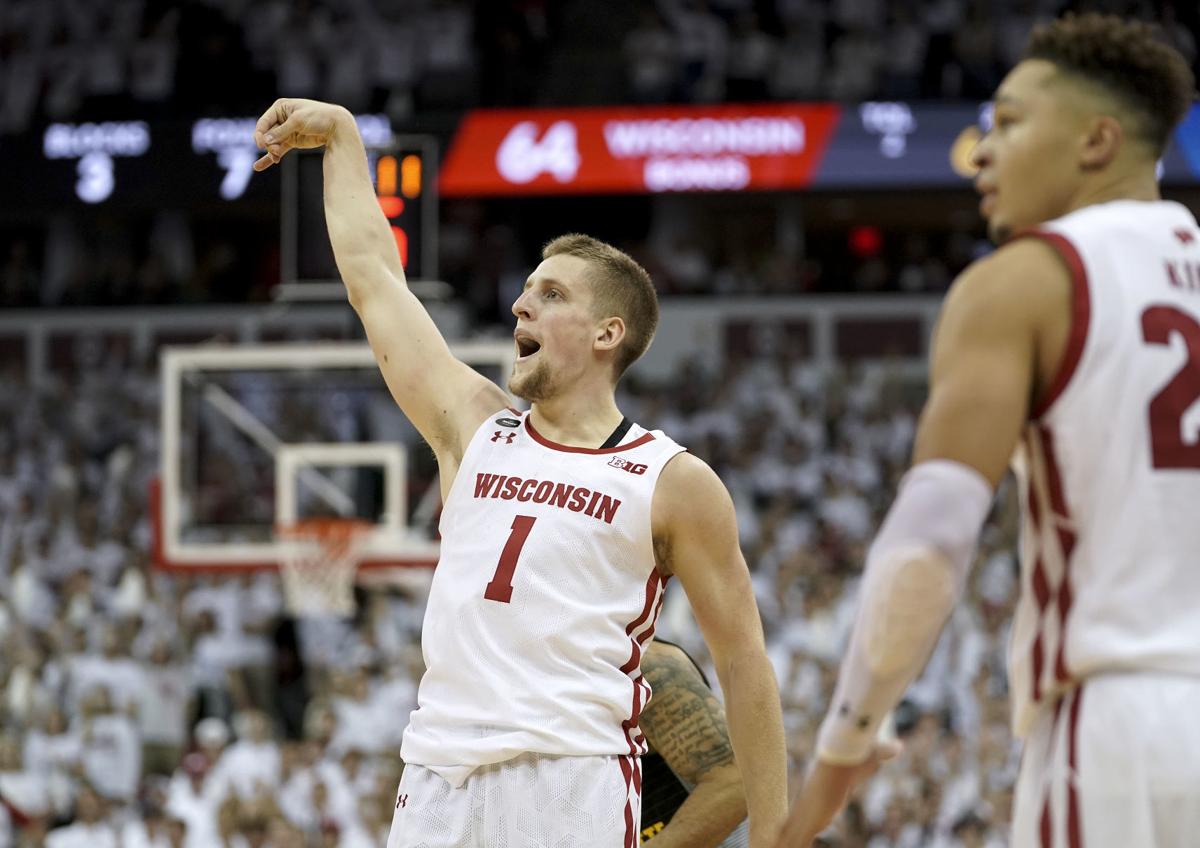 Fifth-year senior Brevin Pritzl has attempted 18 shots from 3-point range over the past three games, connecting on nine of them. 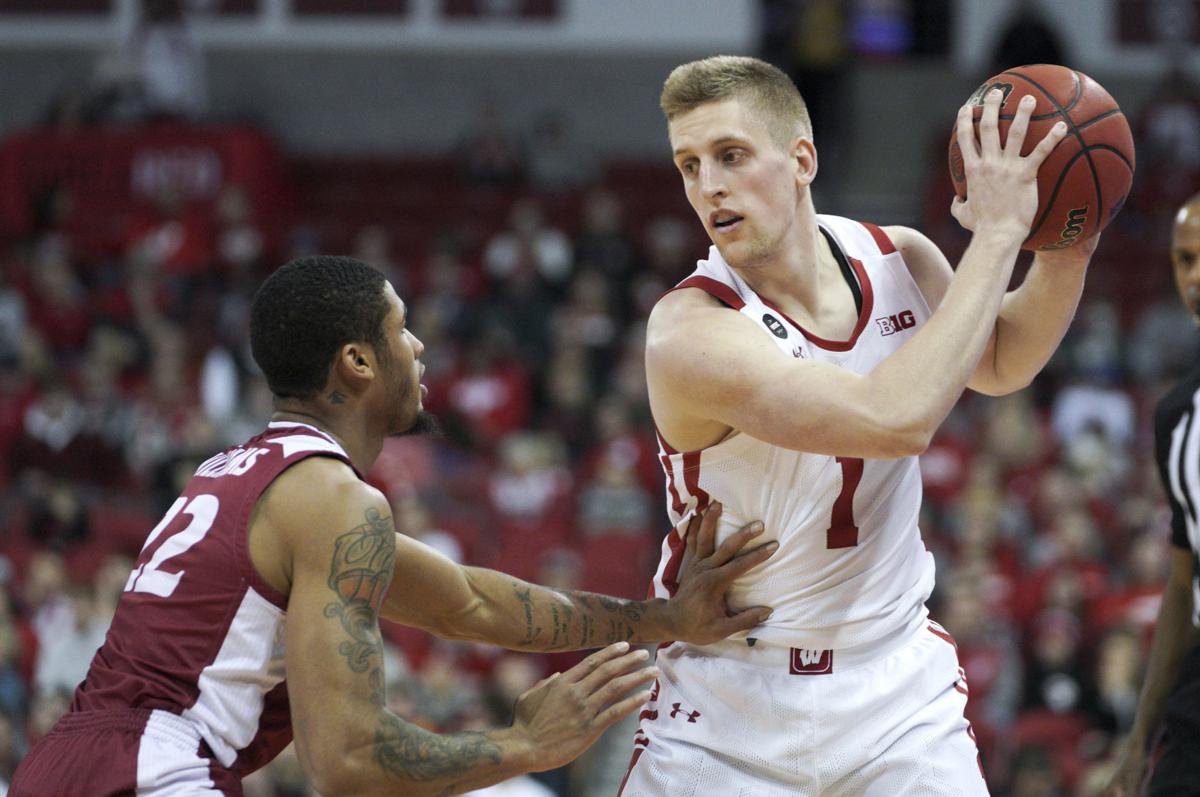 While Brevin Pritzl is on the bench to start games, he’s often used as a closer for the Badgers, who take a four-game winning streak into Wednesday night's game vs. Illinois at the Kohl Center.

Among the topics of conversation between University of Wisconsin men’s basketball coach Greg Gard and fifth-year senior Brevin Pritzl during the offseason was the former encouraging the latter to shoot more.

“Coach Gard has been on me,” Pritzl said. “He says it’s my last year and for us to be successful I’m going to be needing to put the ball in the basket.”

When Pritzl has needed reminders at times this season, Gard has been there to offer them.

“We need Brevin to be aggressive,” Gard said after Pritzl made four 3-pointers and scored a season-high 17 points in a 68-48 win at Tennessee on Dec. 29. “I’ve always told him, ‘I’ll tell you when to stop shooting,’ and I haven’t said ‘Stop.’”

If the Tennessee game and the two victories that followed are any indication, Pritzl appears to have gotten the message. He’s attempted 18 shots from 3-point range over those three games, making nine of them, and is a big reason the Badgers (9-5, 2-1 Big Ten Conference) will carry a four-game winning streak into a game against Illinois (10-5, 2-2) on Wednesday night at the Kohl Center.

Pritzl is averaging 6.2 shot attempts this season, up from 3.2 as a junior. His usage rate has climbed from 10.7% to 16.5%. Some of that is because there are more shots to be had now that the offense isn’t running through Ethan Happ, but Pritzl also has been more aggressive hunting his shot.

When the Badgers were clinging to a one-point lead late at Ohio State on Friday night, Gard called a play for Pritzl. He came off a screen, took an inbounds pass from D’Mitrik Trice and buried a 3-pointer with 69 seconds remaining that helped the Badgers record a 61-57 win over the then-No. 5 Buckeyes.

“I just pride myself on doing what needs to be done,” Pritzl said.

Like, for instance, talking. That’s another area where Pritzl has increased his volume this season.

Pritzl’s understanding of the game always has been one of his strengths, but he admits he’s become more vocal during his final season at UW. He’ll make suggestions to the coaching staff based on what he sees from the bench or what he noticed while he’s on the floor.

Gard values the input. So do Pritzl’s teammates.

“He’s actually helped me a lot,” said junior forward Micah Potter, who is four games into his UW career. “I can kind of understand certain things, but when you’re in a new system, learning new offensive sets and new defensive strategies or whatever, having a guy like Brevin to be in your ear all the time (is helpful).”

While Pritzl is on the bench to start games, he’s often used as a closer. It was notable Gard had Pritzl on the floor late against Ohio State, even though sophomore Kobe King had given UW’s offense a much-needed lift in the second half.

“He’s figured a few things out over the years he’s been here,” UW assistant coach Joe Krabbenhoft said before taking a playful jab at Pritzl’s age. “A lot of people think we played together. He’s been here a long time, he’s matured over those years and is really bringing it in a lot of different areas.”

If Pritzl can keep taking advantage of his green light, it should only help UW over the course of a long Big Ten season.

“The games where I’ve shot once or twice, we haven’t done that well,” Pritzl said. “I can’t say it’s just because of that, but there’s definitely something to be said for when we’re struggling on offense and I’m not bringing it. That’s on me. It’s about staying aggressive, hunting for my opportunities, whether it’s a 30-footer or a layup. What I like, I’ve got to take.”

Player to watch: Freshman forward Tyler Wahl (above) had four points, seven rebounds and three steals in 25 minutes during UW’s 61-57 win at then-No. 5 Ohio State on Friday night. His five offensive rebounds were a career high.

UW has won 15 consecutive games over the Fighting Illini since a 69-61 loss at Illinois on Jan. 2, 2011. Nine of those wins have been by double digits. … After scoring a total of four points over his previous three games, Kobe King (above) had 13 on 6-of-7 shooting in the win at Ohio State. … Nate Reuvers went 10 of 12 from the line against the Buckeyes. His previous high for made free throws was six.

Coach: Brad Underwood, 36-44 in his third season at Illinois.

Player to watch: Kofi Cockburn (above), a top-50 recruit, has been named Big Ten Freshman of the Week five times this season. Cockburn, who leads Illinois in rebounding (9.3) and is second in scoring, has recorded six double-doubles.

Illinois hasn’t won at the Kohl Center since a 63-56 decision on Feb. 9, 2010. … The Illini rank No. 5 nationally in offensive rebounding percentage (39.1). Kofi Cockburn averages 3.7 offensive boards per game. Illinois leads the Big Ten in rebounding margin (plus-11.7 per game). … At 38.2 percent, Alan Griffin (above) is the only Illinois regular shooting better than 35% from 3-point range. The Illini are shooting 30% as a team from beyond the arc.

If the first wave of Big Ten Conference play in December was any indication, it’s going to be a wild ride over the next two-plus months.

Junior forward Nate Reuvers scored seven of his team-high 17 points over the final 3 minutes, 20 seconds of the game, helping UW record a shoc…

Get the latest analysis, injury reports and highlights as the UW men's basketball team hosts the Illinois Fighting Illini in a Big Ten showdown Wednesday night at the Kohl Center.

Ayo Dosunmu finished with 18 points and six assists to help the Fighting Illini produce a come-from-behind 71-70 victory Wednesday night at the Kohl Center, ending the Badgers' 15-game winning streak in the series.

The first test of whether UW could sustain the level of play it showed against Ohio State came Wednesday night when on-the-rise Illinois came to the Kohl Center.

Wisconsin State Journal reporter Jim Polzin breaks down the matchup between the University of Wisconsin men's basketball team and the No. 20 P…

Get the latest analysis, injury reports and highlights as the UW men's basketball team takes on No. 20 Penn State in a Big Ten showdown Saturday at the Bryce Jordan Center.

Junior forward Micah Potter finished with 24 points and 13 rebounds — both career highs — to lead the Badgers to a 58-49 win over No. 20 Penn State at the Bryce Jordan Center on Saturday afternoon.

Fifth-year senior Brevin Pritzl has attempted 18 shots from 3-point range over the past three games, connecting on nine of them.

While Brevin Pritzl is on the bench to start games, he’s often used as a closer for the Badgers, who take a four-game winning streak into Wednesday night's game vs. Illinois at the Kohl Center.