MILWAUKEE — The price the Milwaukee Bucks paid to add Jrue Holiday to their roster and the amount they invested to keep him underscores how much they believe the guard can help end a half-century of NBA postseason frustration.

Holiday gets his chance to hold up his end of the deal this weekend when the Bucks begin a first-round series Saturday with the Miami Heat, who eliminated them in the second round last year.

“I think for somebody who just wants an opportunity to win and do the best they can, to come to a team like this and try to make something happen, I’m ready for this,” Holiday said. “I’m excited to get going.”

Milwaukee posted the NBA’s best regular-season record in 2018-19 and 2019-20 but fell short in the playoffs both times. The Bucks responded by overhauling their roster and putting a new group around two-time reigning MVP Giannis Antetokounmpo and two-time All-Star forward Khris Middleton.

No change was bigger than the addition of Holiday, who is playing for a legitimate title contender for the first time in his NBA career.

“It’s like a brotherhood,” Holiday said. “I want to be able to support my teammates and make them better just like they make me better.”

Holiday, who turns 31 on June 12, signed a four-year contract extension last month that would be worth at least $134 million if he exercises his option for the final season.

The Bucks say he’s been even better than expected.

“As the season’s played out, certainly we appreciate what he brings to the game on both ends of the court,” Bucks coach Mike Budenholzer said. “Just the more great two-way players you have, the better your team is going to be.”

“I knew he was a good and complete player,” Middleton said, “but I didn’t know he was this good.”

Holiday’s presence helped the Bucks average 120.1 points per game and become the first team since the 1984-85 Denver Nuggets to finish a regular season averaging at least 120 points.

The Bucks believe they upgraded by having Holiday take over at point guard for Bledsoe, who performed well in the regular season but struggled in Milwaukee’s playoff losses.

Holiday is making just his fifth playoff appearance in 12 NBA seasons and never has advanced beyond the second round.

The Bucks expect much more than a second-round exit.

Milwaukee guard Pat Connaughton believes Holiday has a game ideally suited for the playoffs. Connaughton was playing for Portland in 2018 when his Trail Blazers were swept by Holiday’s Pelicans.

“His ability to control the game offensively, always be in control on offense in attack mode but then defensively to take away another team’s best player, that’s what playoff basketball is,” Connaughton said.

As he tries to help his new team win its first NBA title since 1971, Holiday already is making an impact in Milwaukee off the floor.

He donated part of his 2019-20 salary to form the Jrue and Lauren Holiday Social Impact Fund with his wife, who won two Olympic gold medals and a World Cup as a midfielder with the U.S. women’s national soccer team.

While Holiday prepares for the playoffs this week, his family’s foundation s opening a second round of funding to provide up to $1 million in grant money to fund Black-owned businesses and Black-led organizations in the Milwaukee, New Orleans, Indianapolis and Los Angeles areas.

“My family and I are here to support my community and be able to give back as much as possible,” Holiday said. “It is really exciting. It’s just that I also have to lock into something else right now.”

At the top of that list is helping Milwaukee end its NBA title drought.

With another event preventing them from playing in Milwaukee, the Bucks opened their title chase with a 4-1 series win over the San Francisco Warriors, winning one game on the road and all three they played at the UW Field House.

Bucks' Thanasis Antetokounmpo to miss start of playoffs with injury

Giannis' older brother suffered an avulsion fracture to his right patella tendon in the regular-season finale.

Locked into No. 3 seed, Bucks rest starters in loss to Bulls in regular-season finale

Jordan Nwora finishes with 34 points and 14 rebounds for Milwaukee, which will play the Miami Heat in the first round of the playoffs.

Seven players score in double figures for Milwaukee in a 122-108 victory at Fiserv Forum.

He scores 27 points as Milwaukee keeps pace in the Eastern Conference.

The Brewers will increase capacity at American Family Field starting Saturday, and the Bucks will do it when the NBA playoffs get underway at Fiserv Forum later this month.

From depths of doom, Bam Adebayo says Heat put aside the 'crazy' talk

After being 13th in the Eastern Conference at one point, the Heat rebounded to a 40-32 finish and the conference's No. 6 seed.

After earning the third seed in the Eastern Conference playoffs this season, the Milwaukee Bucks are looking to avenge their loss to the Miami…

'I like our chances anywhere': Heat's Jimmy Butler 'stupidly locked in' ahead of facing Bucks again in playoffs

The Heat hope that Jimmy Butler comes through again as Miami tries to beat Milwaukee in another run to the NBA Finals.

Miami beat top-seeded Milwaukee 4-1 and went on to win the Eastern Conference title last year before losing to the Los Angeles Lakers in the NBA Finals. Miami is seeded sixth and Milwaukee third in the East heading into the rematch that begins Saturday.

The NBA playoffs: Fans return, no bubble, many contenders

The NBA playoffs are back. Just about back to normal, too.

Middleton breaks a tie with a jumper with 0.5 seconds left in overtime during the 109-107 victory.

How will Heat respond after Bucks' Giannis Antetokounmpo shut down Jimmy Butler in series opener?

The Miami star finished Saturday's Game 1 overtime loss with 17 points on 4-for-22 shooting from the field and 2-for-9 shooting from 3-point range. 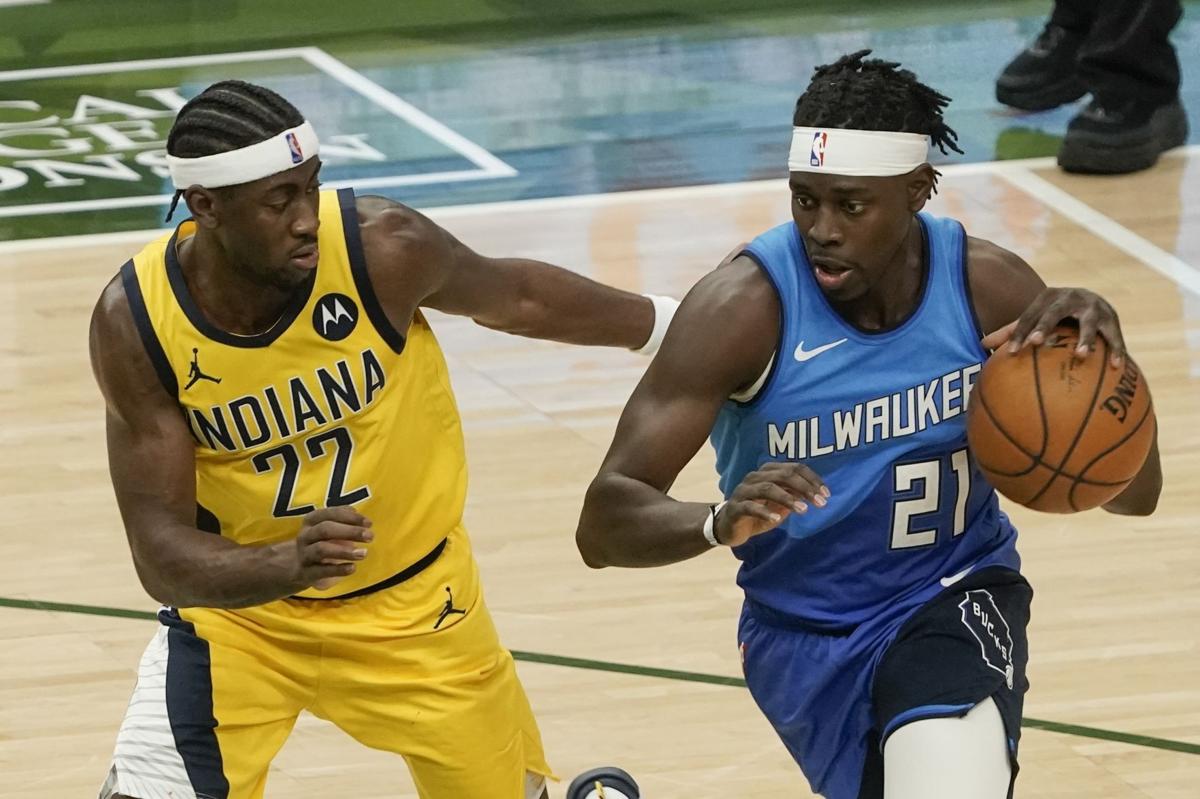 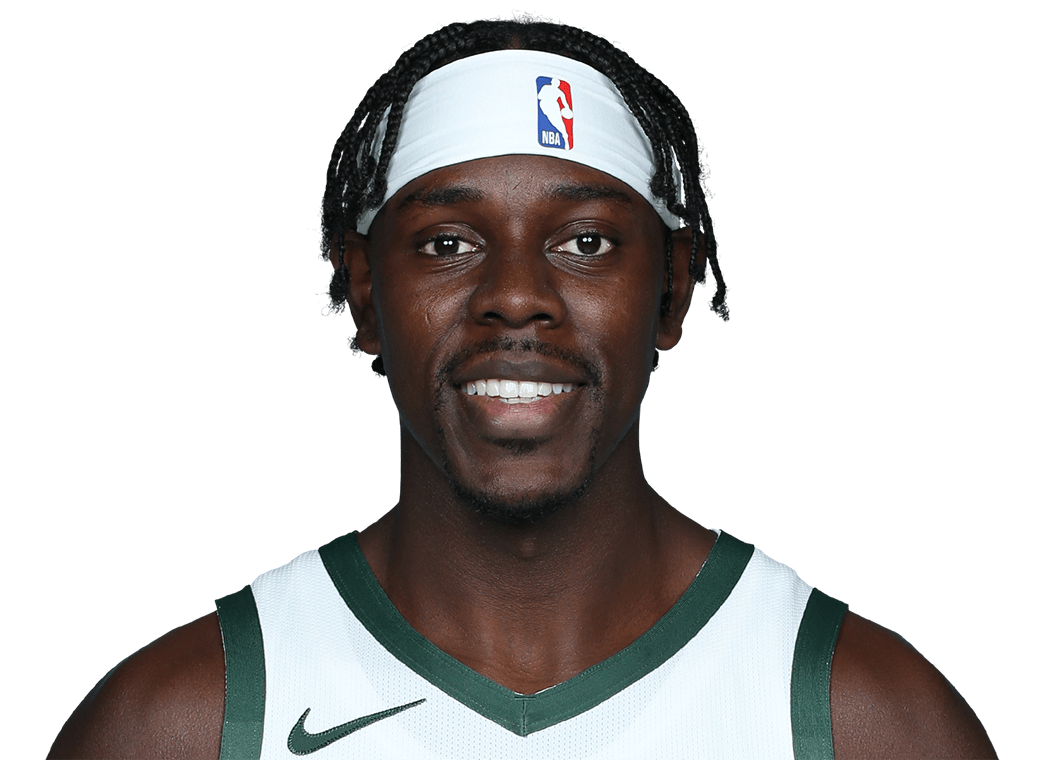