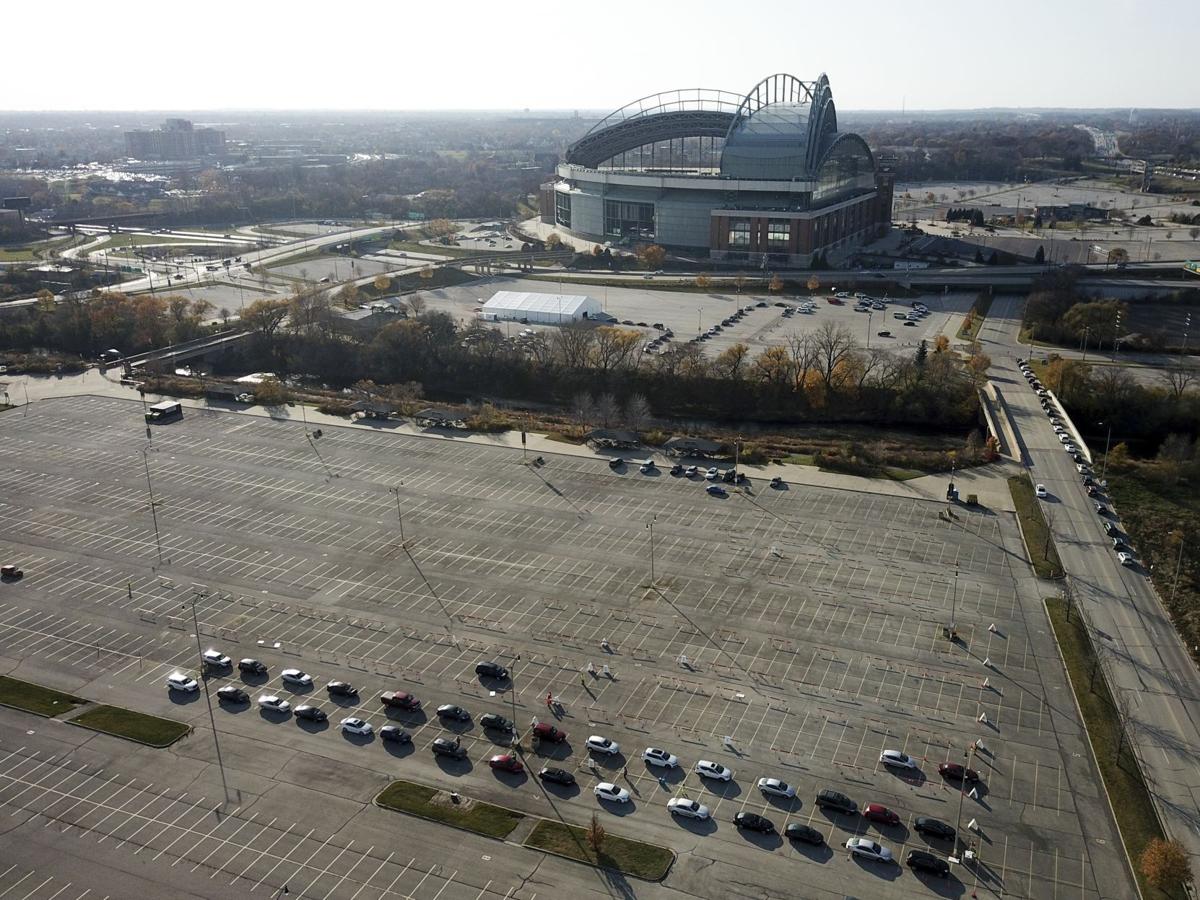 A photo taken outside Miller Park, which has been renamed American Family Field.

CHICAGO — Load up your grills and pack your coolers, Wisconsin: tailgating is coming back to American Family Field.

The Milwaukee Brewers announced Wednesday morning that the temporary ban on the popular pregame ritual would be lifted starting Monday, when the team opens a three-game series against the Chicago Cubs.

"One of the priorities for our organization was to try to bring a sense of normalcy back to our game experience," Brewers president of business operations Rick Schlesinger said. "Brewers games without tailgating felt like something was awry in the universe."

To help maintain some level of social distancing, tailgating will be allowed at single vehicles for those sitting in the same seating pod. Parking lot gates will open three hours before first pitch, except for games with a 6:40 p.m. start, when gates will open 2½ hours ahead of the game.

The team is still ironing out specifics in terms of how vehicles will be parked. During the opening series, cars were parked side-by-side but with limited capacity lowering demand for parking spaces, spots could be left open between cars to help encourage further distancing.

"If we need to park people in every other spot, it's certainly easy to do logistically," Schlesinger said.

Enforcing the rules won't be as easy. Schlesinger said that security and parking attendants will remind fans of the policies as they arrive and will be patrolling the parking lots to ensure everyone is sticking to the plan but for the most part, adherence will require personal responsibility on the fans' parts.

Based on what he saw from the opening series, Schlesinger doesn't think that will be a problem.

"Our fans, by and large, are very respectful of the rules and protocols," Schlesinger said. "Their behavior at the first home stand is reflective to me that they want to do the right thing. They want to assure their game experience is not impacting negatively on others.

"They understand if they abide by the rules it helps convince everybody to relax those restrictions. So, I'm not worried. We'll do friendly reminders that people need to stay within their group. I fully expect our fans to understand that and follow the rules. Everybody wants a great experience at the ballpark. If they need to be reminded, we will do so."

Schlesinger said the Brewers earned positive reviews from city health inspectors, who were on-hand for Opening Day last Thursday and that the team continues to maintain a dialog with city officials on best practices and potential capacity increases in the future.

"Our goal for the season is to get complete normalcy and return to full fans and full tailgating and the whole great Brewers experience," Schlesinger said. "But this is a step in the right direction. Of all of the issues we've faced with our fans in attending games and protocols, this has been topic No. 1. We are excited to deliver on our promise to bring tailgating back."

The return of tailgating comes after the Brewers announced a change in their seating configuration to allow two-person pods, something Schlesinger said was "highly demanded" by fans. Capacity is still limited to 25% but there's growing optimism that number could rise in the coming weeks as the number of vaccinations increases and the number of COVID-19 cases decline.

Though there are still tickets remaining for games on the upcoming homestand, sales have been brisk so far.

"I feel comfortable saying every game in April is going to be sold out," Schlesinger said. "Tickets are very coveted."

Hitting coaches Andy Haines and Jacob Cruz have taken plenty of flak from social media observers during the Brewers' poor offensive start to the season.

Outfielder Lorenzo Cain, however, was not having any of it. He offered some unsolicited thoughts on the job Haines and Cruz have been doing and their efforts to help Milwaukee's batters find their stroke.

"I know we've been scuffling as a team as far as hitting," Cain said. "Andy Haines and my guy (Cruz) are definitely two of the hardest working hitting coaches in the league. I don't think things are going the way we want it early on, but I'll vouch for those two guys any day of the week and us as (players), we've got to step up, we've got to go out there and get the job done.

"Hopefully things change. Hopefully it gets better. Good or bad the rest of the season, I'll definitely vouch for those two guys. One hundred percent."

Cain also doesn't accept the premise that Haines and Cruz are responsible for the Brewers' current woes, or last season's abysmal offensive performance.

"They're there to give us the best info possible, help us to improve as a hitter," Cain said. "But at the end of the day, we've got to go up there and get it done in the box."

Been there, done that

One of the appeals in signing Brad Boxberger was the experience the veteran right-hander brought to a young bullpen.

Counsell leaned on that experience Wednesday when he called on Boxberger to shut the door on the Cubs, who'd loaded the bases with two outs in the 10th against J.P. Feyereisen.

Boxberger, a former closer for the Rays and Diamondbacks, delivered by getting Ian Happ to fly out to left, sealing Milwaukee's second straight victory and his first save since March 28, 2019.

"He's got a low heartbeat," Counsell said. "You see it, you recognize it and it comes from his experience."

Kolten Wong was held out of the starting lineup with a sore oblique but entered the game as a late-inning defensive replacement. ... The Brewers are the first team since the 1990 Padres to produce two no-hit bids of at least six innings through their first six games of the season. ... Keston Hiura returned to the lineup and went 0-for-4 with a pair of strikeouts and is now 0-for-19 with 10 strikeouts.

Right-handers Corbin Burnes (0-1, 1.42 ERA) and Adam Wainwright (0-1, 20.25) square off Thursday afternoon when the Brewers take on the Cardinals at Busch Stadium in St. Louis. Burnes flirted with a no-hitter his last time out, allowing just a solo home run to Byron Buxton in a 2-0 loss to Minnesota.

A photo taken outside Miller Park, which has been renamed American Family Field.