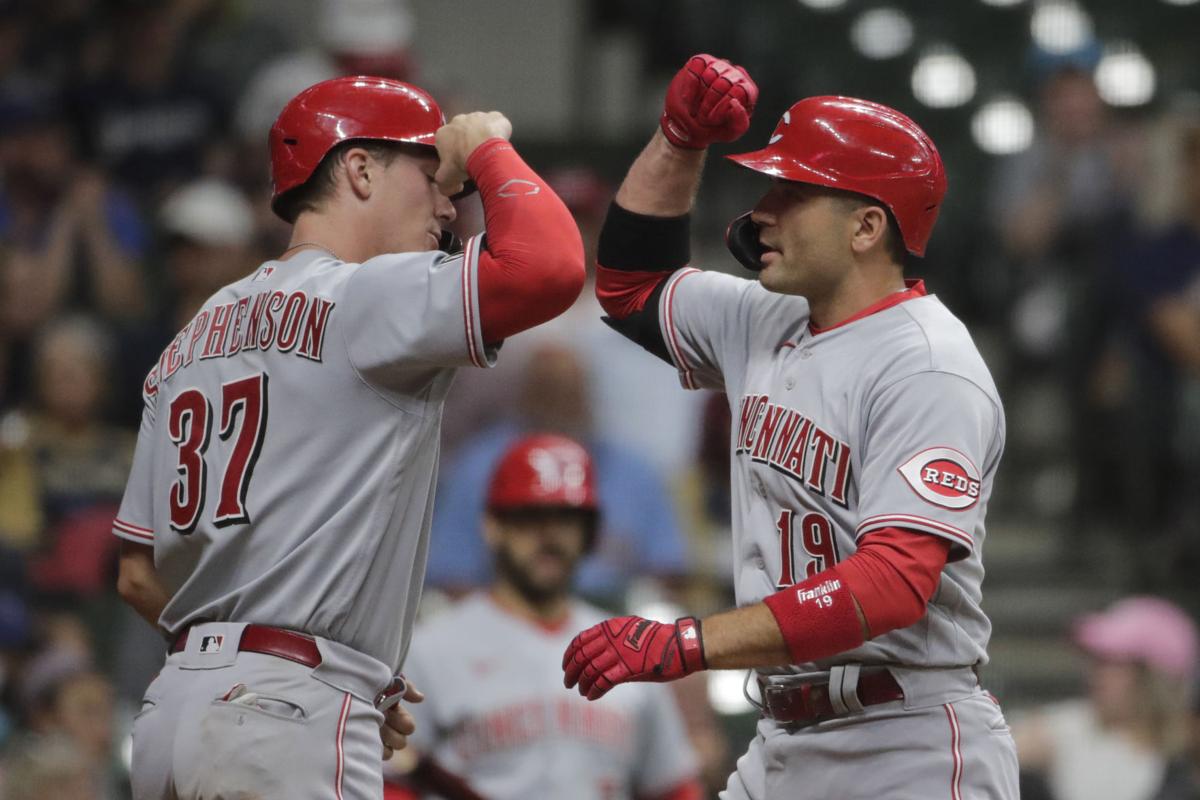 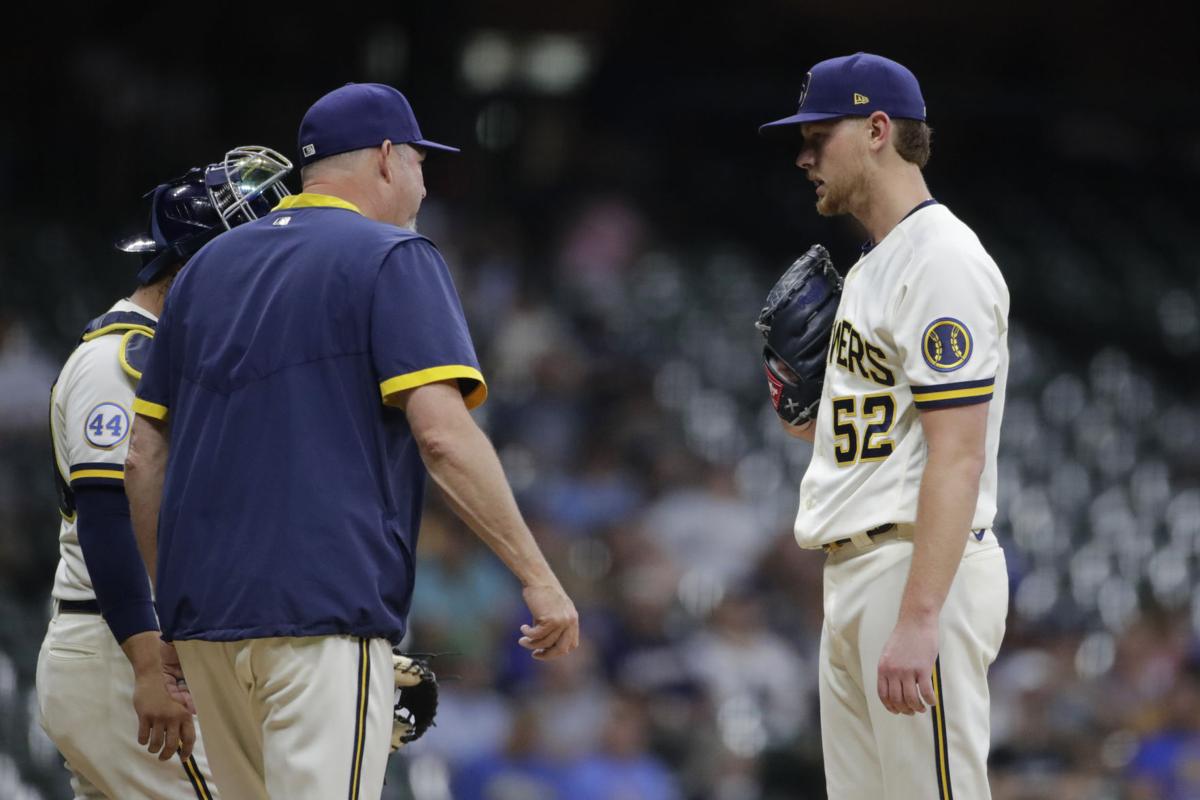 MILWAUKEE — At a time when the Milwaukee Brewers are playing as well as just about any team in the majors, Cincinnati Reds rookie Vladimir Gutiérrez is the one guy who has their number.

Gutiérrez and three relievers combined on a four-hitter with 12 strikeouts to help the Reds trounce the Brewers 10-2 on Monday night for their fourth straight victory.

It marked the second time in less than a week the 25-year-old right-hander beat Milwaukee. The Brewers are 0-2 against Gutiérrez and 9-0 against everyone else over their last 11 games.

“He’s still a young pitcher, but man, to step in and handle situations like he is, is the most impressive thing,” Reds manager David Bell said. “The entire organization has thought very highly of him for a long time and you try to find the right time in his development to put him in this situation. I think it’s safe to say this was the right time.”

Gutiérrez allowed two runs over seven innings Wednesday in a 7-3 victory over the Brewers. This time, he gave up two runs and struck out six in six innings.

“Whatever I worked on last time against the Brewers, I wanted to match that up,” Gutiérrez said through a translator. “Obviously I went seven innings last time, but I had that same mentality going into this start as well.”

Joey Votto and Aristides Aquino each hit a two-run homer for the Reds. Votto went 2-for-4, scored twice and drove in three runs.

The Brewers had one baserunner and no hits after the second inning.

“You have to give credit where credit is due,” said Daniel Vogelbach, who homered off Gutiérrez in the first inning. “That’s two games in a row that he’s made it real tough on us. He has a really good fastball and he throws a curveball for a strike when he wants to. He’s just a guy in a groove right now who’s doing what he wants on the mound.”

Milwaukee had its five-game winning streak snapped but remained tied for first place in the NL Central with the Chicago Cubs, who lost 5-2 to the New York Mets.

Jonathan India went 3-for-4 with a run and an RBI for the Reds.

Brewers starter Eric Lauer (1-3) allowed four runs and five hits in five innings. He struck out three, walked four and drove in a run with a sacrifice fly.

Lauer labored through a first inning in which he gave up a hit and two walks but only one run. India hit a leadoff single and scored when Votto grounded to first with the bases loaded.

After Vogelbach’s homer tied the game in the bottom half, the Reds pulled ahead for good with three runs in a second inning that featured an RBI double from India and a run-scoring single from Jesse Winker.

“He just didn’t have a great feel for where the ball was going in the first two innings, really,” Brewers manager Craig Counsell said. “The first inning, he got out of it, but it was 30-some pitches. Then the second inning, he left some balls in the middle of the strike zone, really, that they hit hard.”

Votto homered off reliever Eric Yardley in the seventh. Eugenio Suárez hit a two-run single and Aquino delivered his two-run shot off Hoby Milner in the ninth..

Hunter Strickland made his Brewers debut and pitched a scoreless eighth inning. The Brewers activated Strickland earlier in the day and optioned reliever Patrick Weigel to Class AAA Nashville.

Milwaukee acquired Strickland on Saturday from the Los Angeles Angels, who had designated him for assignment. Strickland posted a 9.95 ERA in nine games for the Angels after posting a 1.69 ERA in 13 appearances with Tampa Bay earlier this season.

Brewers second baseman Kolten Wong took batting practice on the field as he works his way back from a left oblique strain that landed him on the injured list June 4. ... Reds manager David Bell said infielder and former Brewers player Mike Moustakas is scheduled to play for Class AAA Louisville on Tuesday and Wednesday at Omaha in hopes of returning for Cincinnati’s weekend series at San Diego. Moustakas hasn’t played since May 18 due to a right heel bruise.

Right-hander Luis Castillo (2-9, 6.47 ERA) starts for the Reds against left-hander Brett Anderson (2-4, 4.99) when the teams continue their three-game series Tuesday.

Prior to the game, Milwaukee announced the acquisition of right-handed reliever Hunter Strickland from the Los Angeles Angels.

Willy Adames had four hits, including a go-ahead two-run home run in the top of the ninth inning, as the Brewers rallied to beat the Rockies 6-5 on Saturday night. 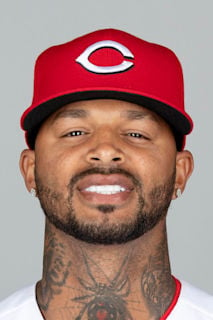