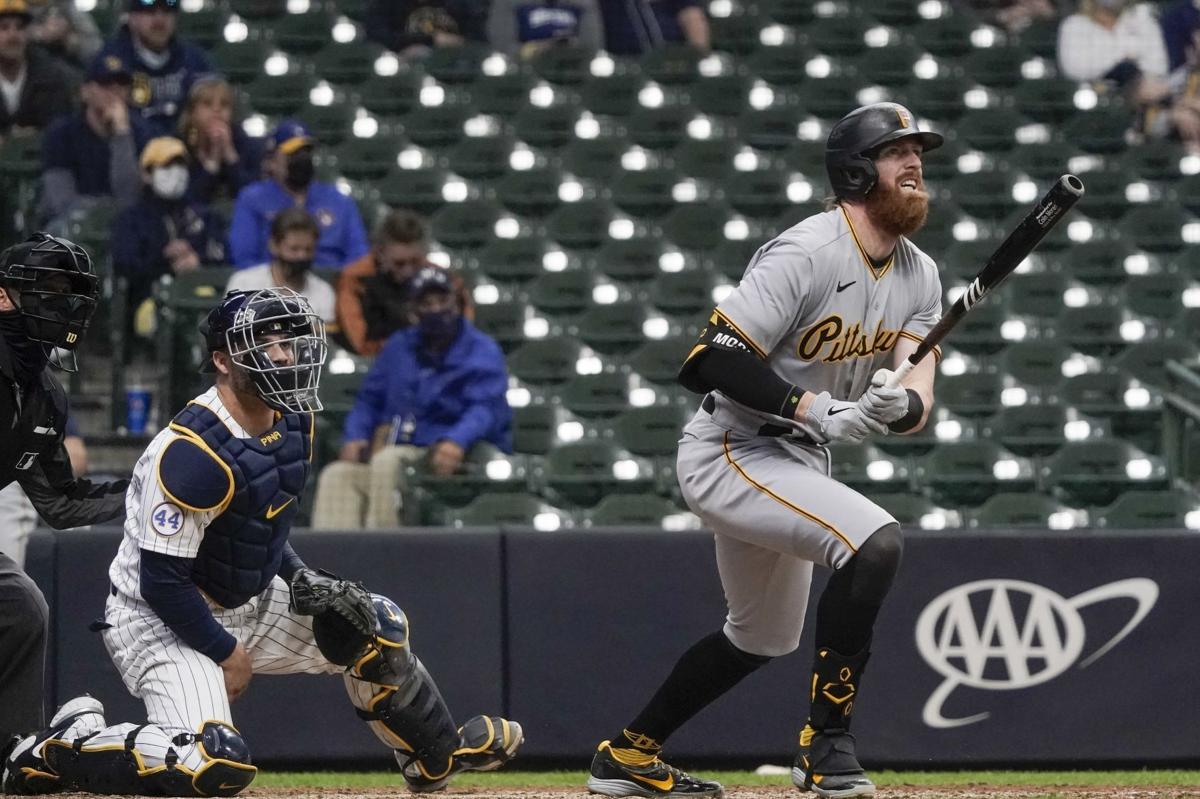 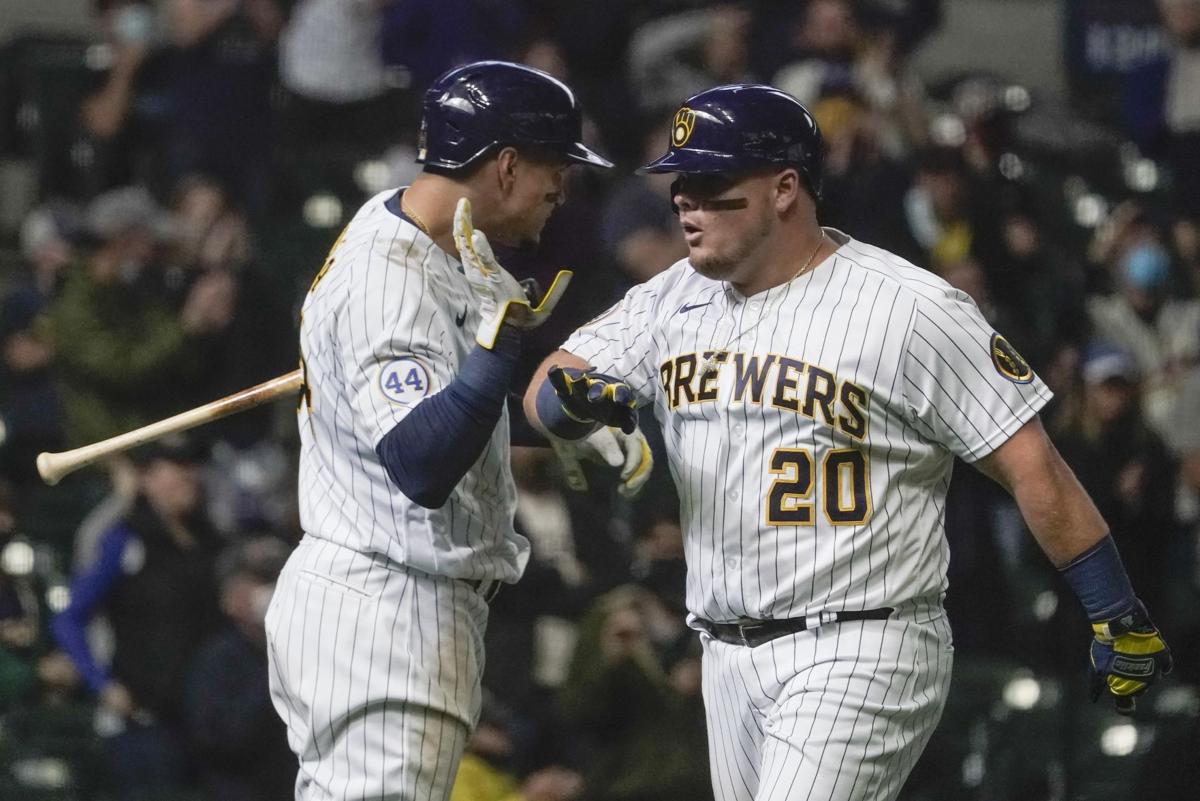 Brewers' Daniel Vogelbach, right, is greeted by Avisail Garcia after hitting a two-run home run during the seventh inning.

MILWAUKEE — Colin Moran hit an early three-run homer, then had an RBI double in the 10th inning that sent the Pittsburgh Pirates over the Milwaukee Brewers 6-5 on Sunday.

The Pirates withstood a two-homer performance from the Brewers' Daniel Vogelbach to earn their first series win in Milwaukee since September 2018. Pittsburgh has won two of three in each of its last three series to recover from an early six-game skid.

"Obviously it's great to win series," said Reynolds, who scored the go-ahead run. "We had a rough start. To answer back the way we have, speaks volumes for who we are as a team. We'll just keep it going."

Moran hit a leadoff double off J.P. Feyereisen (0-1) in the 10th to bring home Reynolds from second base.

Rodríguez has allowed one hit, one walk and no runs in 6 1/3 innings this season. Pirates manager Derek Shelton felt comfortable giving Rodríguez a second inning in part because the right-hander hadn't pitched since Tuesday.

With Jackie Bradley Jr. on second to start the bottom of the 10th, Rodríguez retired Vogelbach and Garcia on a pair of flyballs before striking out Travis Shaw to seal the victory.

"I was able to get into some good counts today and put some good swings on it," Vogelbach said. "I wish I had that last at-bat back, being able to get the guy over and give us a chance to tie the game, and I wasn't able to do that. So, that's frustrating for myself."

This back-and-forth game featured two-run homers from each team in the seventh.

Reynolds hit a 3-2 pitch from Brad Boxberger into the back rows of the second deck of the right-field stands to break a 3-all tie in the top half of the inning. Reynolds' 436-foot drive also scored Adam Frazier, who had led off the inning with a bloop single.

The Brewers tied it back up in the bottom of the seventh. After Bradley reached on a one-out bunt single, Vogelbach homered off Chris Stratton.

Pittsburgh's bullpen had thrown 11 1/3 straight scoreless innings and had allowed just one run in its last 25 innings before Vogelbach's drive.

Vogelbach also had a solo homer that helped the Brewers take a 2-0 lead in the first. Moran's three-run homer in the top of the third put the Pirates in front, but García tied it with a solo shot in the bottom of the third.

Pittsburgh has now won all eight of Chad Kuhl's career starts against the Brewers.

Kuhl entered the day with a 4-0 career record and 1.73 ERA against the Brewers. He wasn't quite as sharp Sunday as each of the two starting pitchers — Kuhl and Milwaukee's Freddy Peralta — allowed three runs over five innings.

Brewers hitting coach Andy Haines acknowledged outfielder Christian Yelich is frustrated to be missing this much time early in the season. Yelich went on the injured list Saturday and has missed six straight games with a lower back strain.

“Christian’s a guy that takes so much pride in playing every day,” Haines said. “He does not want to sit. He just never wants a day off. He knows the responsibility he has to people paying to watch him play and to the organization. He takes that as serious as anyone can take it. So I know he’ll play it off a little bit, but I know deep down it hurts him, man.”

The Brewers open a six-game trip Monday night in San Diego. Right-hander Brandon Woodruff (0-0, 2.12) is scheduled to start for Milwaukee with right-hander Joe Musgrove (2-1, 0.47) the scheduled starter for San Diego.

Brewers' Daniel Vogelbach, right, is greeted by Avisail Garcia after hitting a two-run home run during the seventh inning.